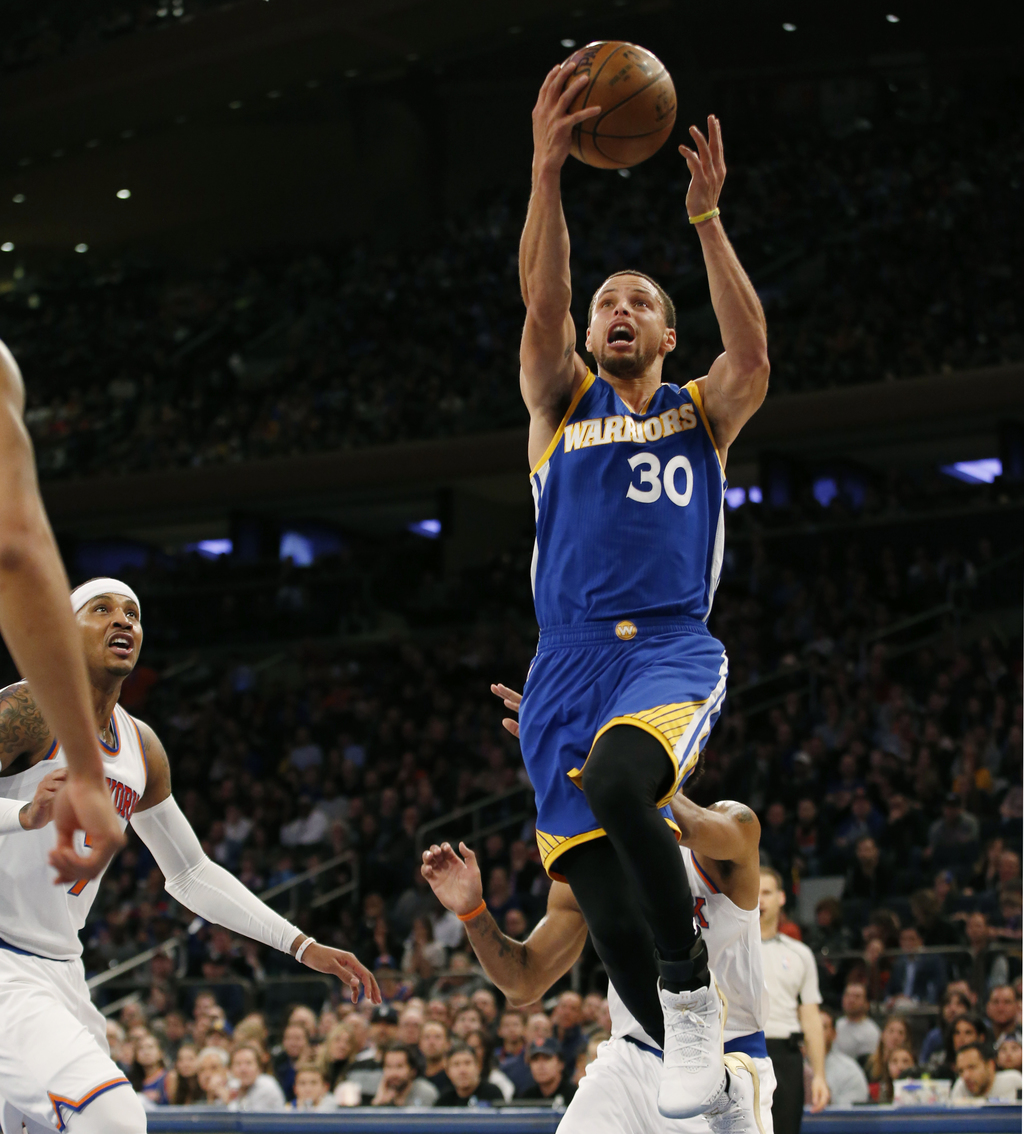 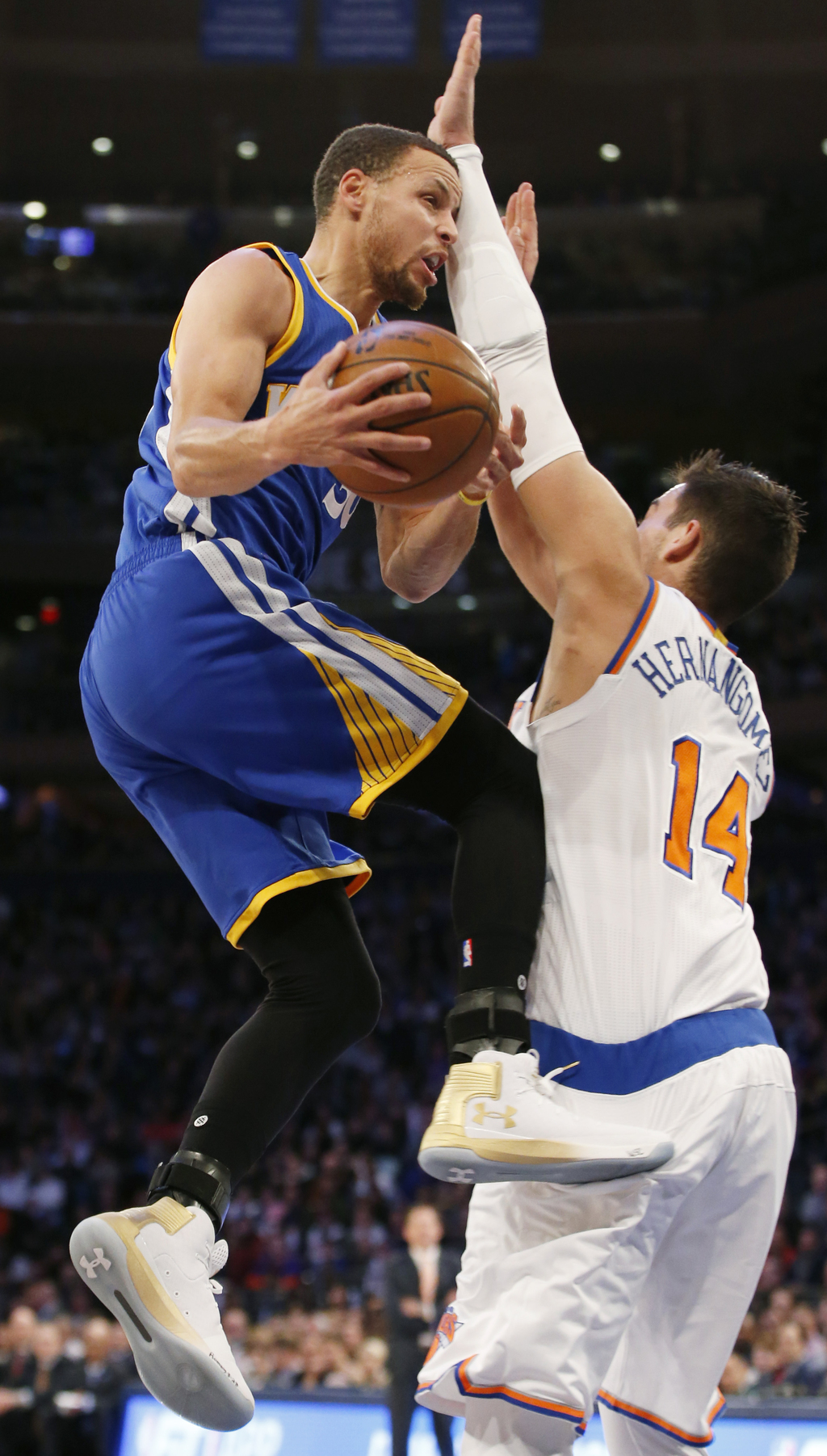 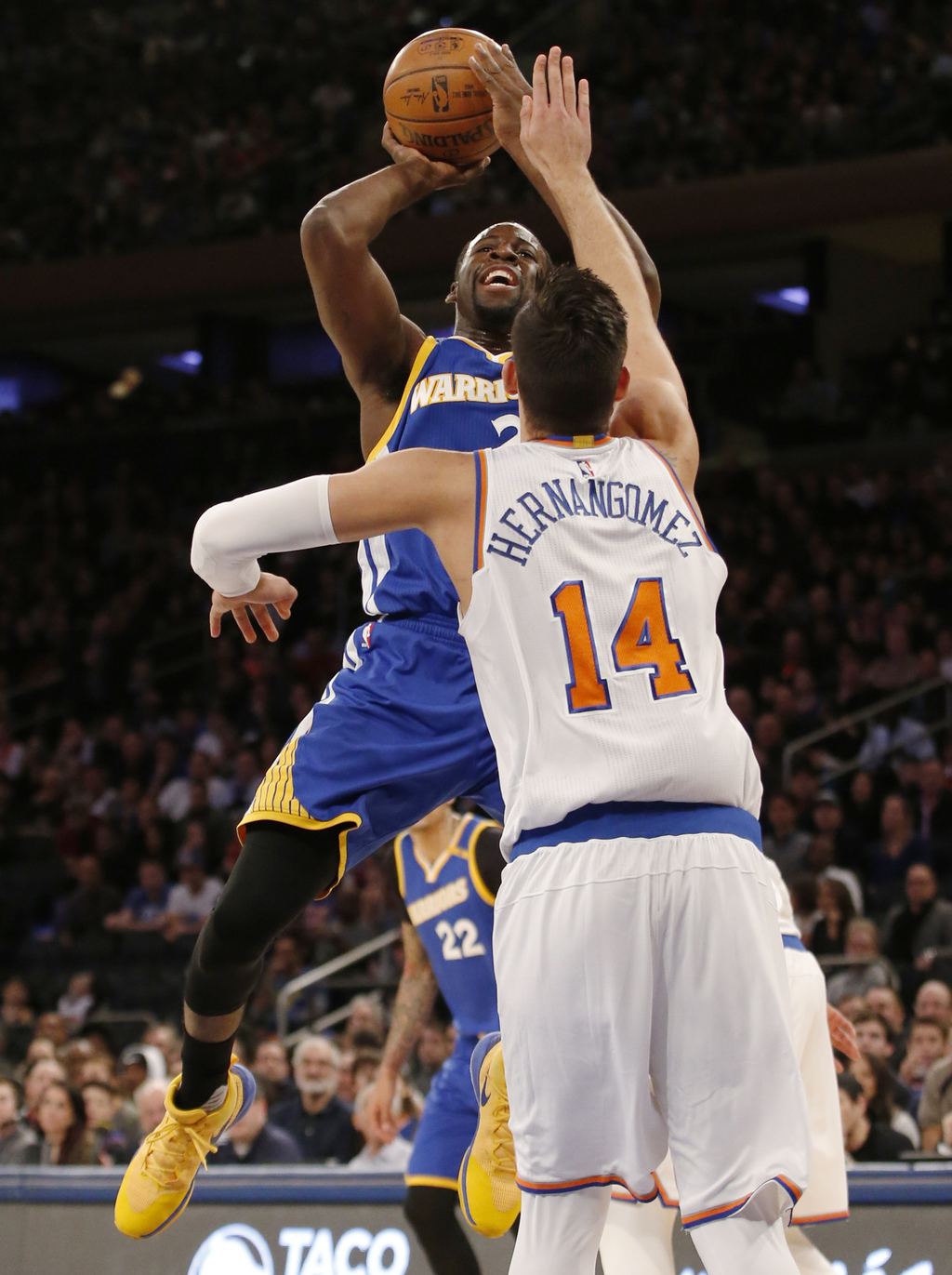 NEW YORK (AP) — It looms as the biggest game of the week: Golden State at San Antonio in a matchup of the NBA's top two teams.

Forgive Steve Kerr if he doesn't enjoy looking ahead.

His Warriors have to navigate what he calls a "bizarre" schedule just to get there, one that won't leave them fresh for a matchup with the team trying to chase them down for home-court advantage throughout the playoffs.

Golden State beat New York on Sunday, then flew to Atlanta for a game against the Hawks on Monday that will end their five-game road trip. From there, they will fly back to the Bay Area — but not for long.

The Warriors host Boston on Wednesday, then go right back on the road for a back-to-back. They visit Minnesota on Friday before their showdown Saturday with the Spurs.

"Never seen anything like it, so it's the toughest part of the schedule for us," Kerr said, "but it is what it is and every team has their own point in the schedule that they circle and everybody is justified in complaining. It's just the way it goes. You can't do anything about it, so you complain about it a little bit, get it off your chest and then you go play the games and see what happens."

The schedule allows the Warriors just one practice to work in Matt Barnes, who they signed after Kevin Durant was lost to a sprained left knee, before the game against the Spurs. San Antonio has closed within 2 ½ games of Golden State after winning seven in a row.

Kerr said the Warriors took note of this portion of the schedule long ago.

"We looked at it and it just seemed crazy," he said, "and it still seems bizarre."

Kevin Love had to miss the All-Star Game. Joel Embiid will miss the rest of the season.

Kevin Durant and Kyle Lowry just hope they don't have to miss the playoffs.

It's been a rough stretch for some NBA stars because of injuries, some of which threaten to jeopardize their team's postseason plans.

Love should be back with the NBA champions next month after knee surgery that kept the Cleveland forward from playing in New Orleans. Not long after the break ended, Lowry was recommended to have wrist surgery after the Raptors initially believed he was improving, and then Durant was knocked out for at least four weeks by a sprained left knee early in Golden State's visit to Washington last Tuesday.

Philadelphia decided to shut Embiid down for the season because a knee surgery that was worse than originally believed, joining young stars such as teammate Ben Simmons, Milwaukee's Jabari Parker and Minnesota's Zach LaVine among those sidelined for the season.

HEAT-CAVS, AGAIN: There were words exchanged after Miami routed Cleveland at home on Saturday, and they meet Monday in Quicken Loans Arena. The Cavaliers might not talk a better game, but they will surely play one, since LeBron James and Kyrie Irving will return after sitting out Saturday to rest.

SPURS' SLATE: Before the Spurs can worry about the high-powered Warriors, they have to deal with the high-powered Rockets on Monday in San Antonio, and later brace for Russell Westbrook on Thursday in Oklahoma City, a week that should test one of the league's best defenses.

MARCH MADNESS: With their arenas hosting college conference tournaments, Cleveland, Washington, New York and Brooklyn will spend all or much of the week on the road.

STAT LINE OF THE WEEK

Ricky Rubio, Minnesota: 11 points, 13 rebounds and 10 assists on Saturday in a 97-90 overtime loss to San Antonio. Rubio's fifth career triple-double was also the 79th in the NBA this season, a record.