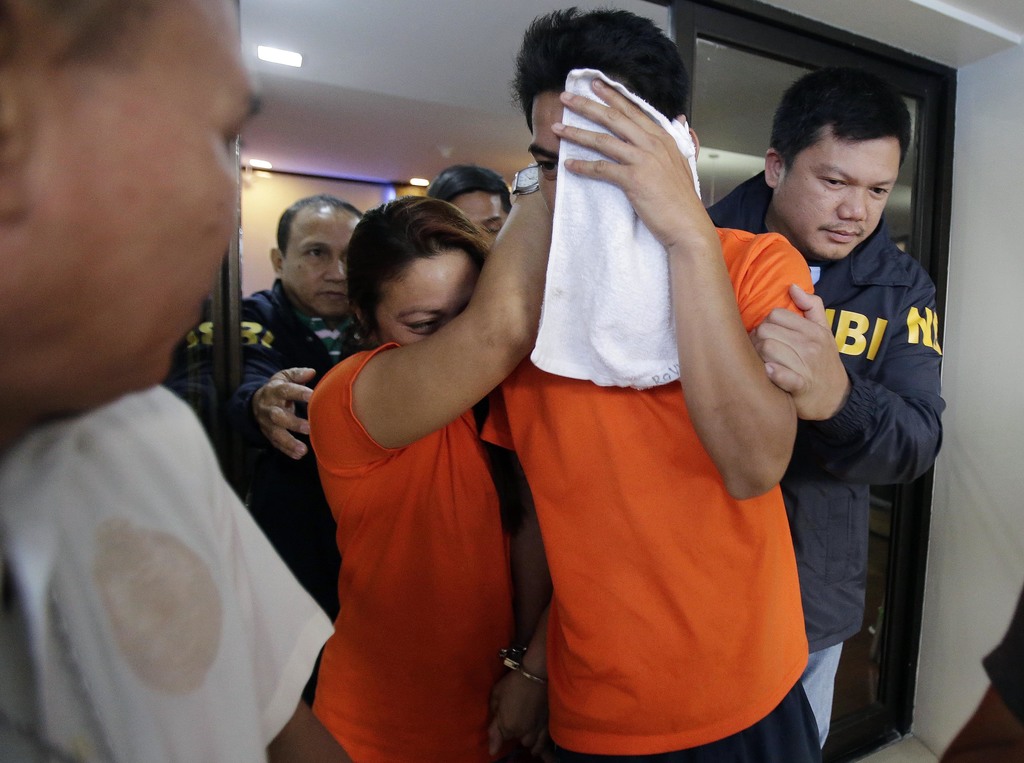 BOSTON (AP) — A new documentary is spotlighting human trafficking across the globe, with a focus on the grassroots activists trying to end the scourge.

"Stopping Traffic" premieres at the Global Cinema Film Festival in the Boston suburb of Belmont on March 11.

The film is the first by Sadhvi Siddhali Shree, a 33-year-old Jain monk, Iraq War veteran and child abuse survivor who intends to distribute it free of charge to universities, nonprofits and government agencies.

The film, which was financed through online donations, comes as President Donald Trump is promising to bring the "full force and weight" of the U.S. government to combat human trafficking. He says he will order the departments of Justice and Homeland Security to closely examine the resources they're devoting to the issue.

Shree gives credit to the Republican billionaire for placing an emphasis on human trafficking early in his tenure, but stressed it still remains to be seen what is actually done.

"We need action to back that up," she said. "We will need a lot of resources, legislation and law enforcement."

If Trump is serious about addressing the issue, he should take cues from Canada, Sweden, Norway, Iceland, France, Ireland and other nations that have enacted laws harshly punishing pimps, traffickers and clients, rather than the prostitutes, said Rosi Orozco, an anti-trafficking activist in Mexico City who is featured in the documentary.

"These are very good words from your president," she said. "This could be most the important issue to unite U.S. and Mexico."

Shree, who is spiritual director at the Siddhayatan Spiritual Retreat Center and Ashram in Windom, Texas, acknowledges she wasn't aware of the extent of human trafficking and was shocked at what she learned from Orozco and other activists.

Estimates vary, but the International Labour Organization believed some 21 million people were being trafficked worldwide in a 2014 report.

The illicit activities earned captors roughly $150 billion, with nearly $100 billion coming from commercial sexual exploitation, the report by the Geneva-based special agency of the United Nations found. The remaining $50 billion came from other forms of forced labor.

While trafficking is a global issue, it's also important to remember that America isn't immune — and that it's not just foreigners being trafficked, said Stephanie Clark, executive director of Amirah, a Massachusetts nonprofit that helps sexually exploited women but isn't featured in the film.

"This is an extremely prevalent issue that is right here, hidden in plain sight," she said.

It's not just women being trafficked either. Young men and boys are often abused at far higher rates than what's recorded because many cultures still don't accept the notion that boys can also be rape victims, said John King, a child abuse survivor and activist in Grapevine, Texas, who is featured prominently in the film.

The filmmaker, who became a monk in 2008 after serving as an army medic during the Iraq War, said she deliberately avoided delving deeply into the personal experiences of those recently escaped from trafficking in the final product.

The documentary features interviews with activists in Mexico, Philippines and the U.S. cities of New Orleans and Houston, as well as actor Dolph Lundgren and other celebrities who raise awareness about human trafficking. Shree also shares her experience of being sexually abused as a child in the film.

"We wanted to show the empowerment, not the sad and suffering side," she said. "It's more about the motivation and the inspiration. That where there's dark, there's also light."

Follow Philip Marcelo at twitter.com/philmarcelo. His work can be found at http://bigstory.ap.org/journalist/philip-marcelo