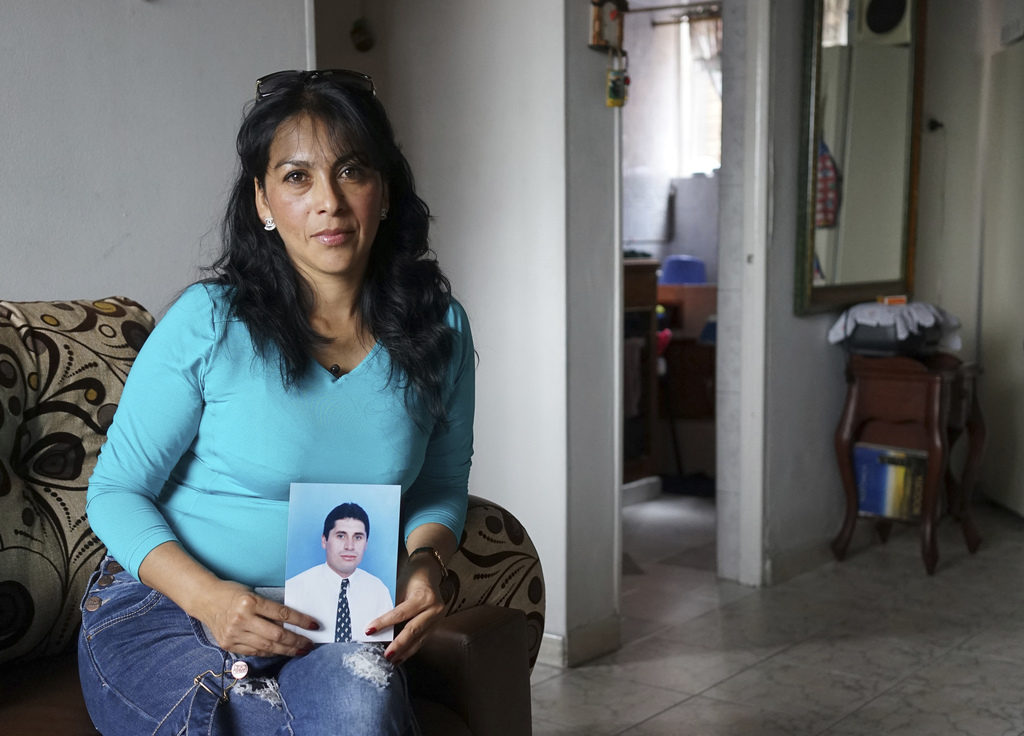 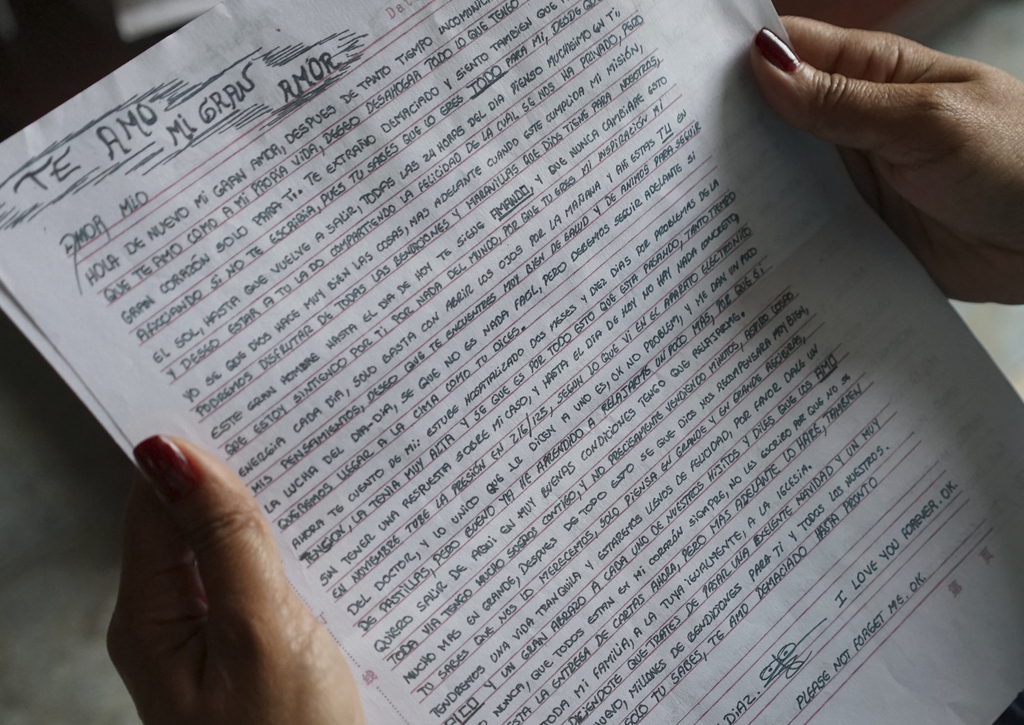 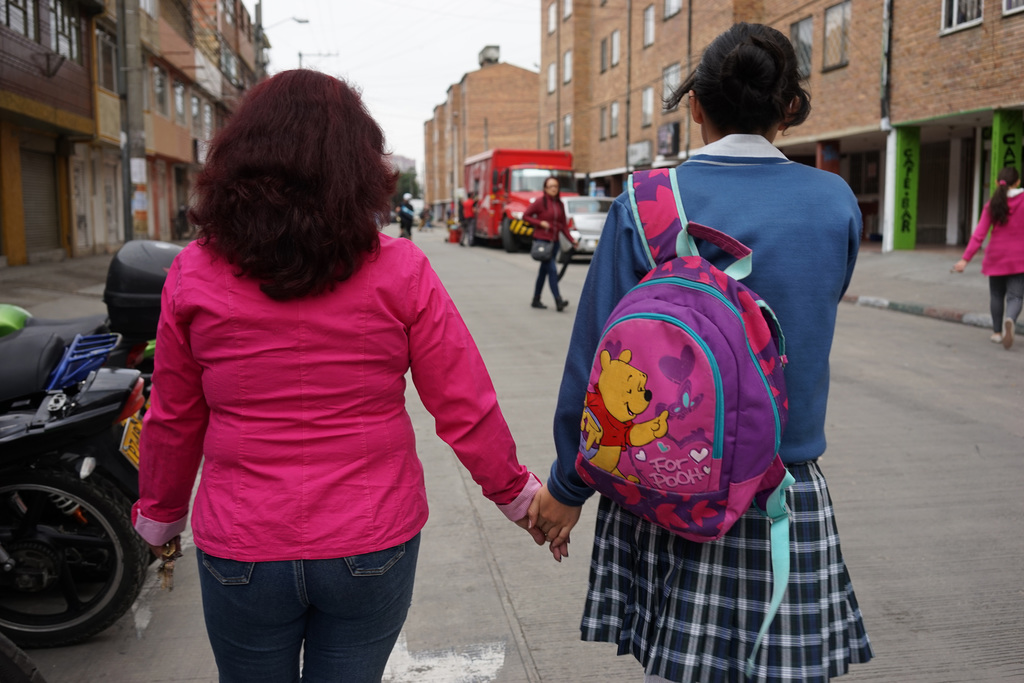 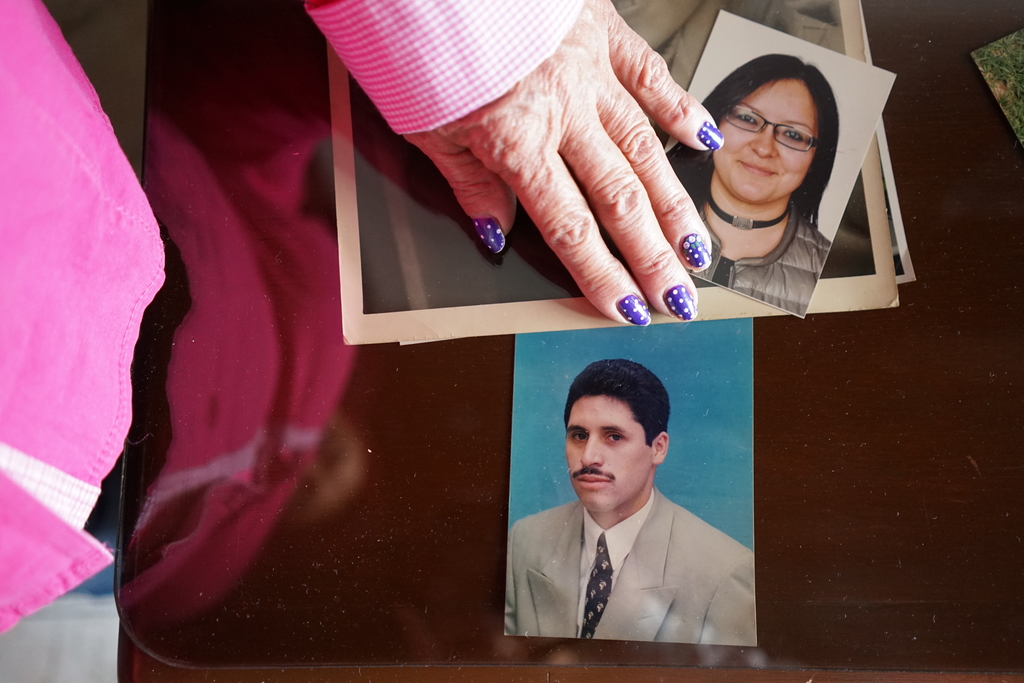 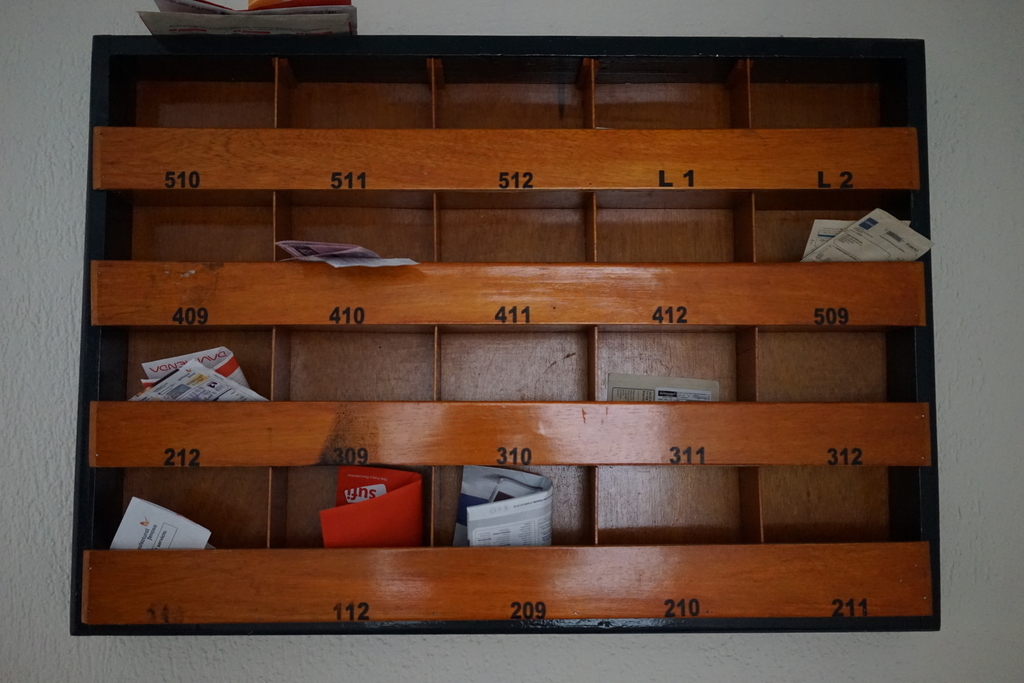 BOGOTA, Colombia (AP) — In a tiny brick apartment above a lottery shop, Martha Antivar waits for a sign of life from her husband, who is languishing in a Chinese prison an ocean away.

Five years ago, Oscar Hilarion, a 45-year-old taxi driver, told his wife and family in Colombia that he was going to China on a business venture with a friend. Weeks later, Antivar received a call from a Colombian official in China, informing her of a darker truth: Hilarion had been detained for trafficking drugs, a desperate act she believes he committed in order to stop the bank from seizing their home.

Drug trafficking can be punished with death in China, and Hilarion's family — along with those of an estimated 145 other Colombians — is left to wait in an almost total vacuum of information about whether their loved one will be spared. Colombian Embassy officials who visit Hilarion every few months pass along sporadic updates. But few details about charges are shared, even once a sentence has been handed down.

Most of the relatives of accused Colombian drug mules in China are too poor to make the 17,000 kilometer (10,500 mile) journey to see them or send money. Many have received no phone calls.

Instead they are left waiting for letters written on simple white Chinese prison stationary.

"To my great love," Hilarion's letters to his wife always start.

The plight of Colombians in Chinese prisons has taken on a heightened urgency since authorities executed last week a retired Colombian journalist convicted of smuggling almost 4 kilograms of cocaine in exchange for $5,000. Despite a last-ditch diplomatic effort by Colombia's government to save Ismael Arciniegas, the 72-year-old was put to death by lethal injection, becoming the first Colombian, and probably the first Latin American, executed in China for drug offenses.

The number of Colombians in Chinese jails climbed from just a handful in 2006 to 146 this year, according to the Colombian government. Fifteen have been sentenced to death and an equal number have been condemned to life in prison.

China is the world's top executioner, although most foreigners it has executed for drug trafficking have been from Japan, South Korea and Southeast Asia, according to a Chinese state media report in 2015.

The issue of the death penalty for drug crimes was hotly debated last year at the United Nations' first special session on global drug policy in almost two decades. Countries from Europe and Latin America, where the practice is banned, clashed with governments across Asia that consider capital punishment a key tool in drug control efforts.

The bulk of Colombia's cocaine ends up in the United States and Europe, but a smaller amount is also trafficked to China, where living standards have risen, drug users have gotten younger and a number of substances, including cocaine, have become more available. A 2016 United Nations report found cocaine seizures in Asia tripled over the previous decade.

Trafficking cocaine by plane from Colombia to China is considered one of the more difficult journeys for a drug mule to make, and consequently it's more heavily rewarded, said Blanca Henriquez, a law professor at the Autonomous University of Colombia who has filed repatriation requests for 18 Colombians currently in Chinese prisons.

In speaking with more than two dozen families, she said a similar pattern emerges: Most Colombians caught are men older than 40 from poor families. In several cases, the men had been lent money they were unable to pay back and then were forced to carry drugs by criminal organizations that threatened their families.

A single journey typically pays about $3,000, which "for many people, is a lot of money," Henriquez said.

China executes more people than the rest of the world combined, and its judicial authorities have been cracking down recently on drug trafficking. The nation's harsh stance against drugs can be traced to the 19th century Opium Wars and the start of the "Century of Humiliation," during which Chinese nationalists believe British imperialists purposely tried to get Chinese hooked on opium for commercial advantage.

"This is the actual reason why China is so adamant that no narcotic under any circumstance be introduced by foreigners," said Lars Laamann, author of "Narcotic Culture: A History of Drugs in China."

Diana Perez's father had a small farm where he grew blackberries and passion fruit, but a pest wiped out his crop and he went bankrupt. She believes he took out a loan and was pushed to "make a trip" when he could not pay it back.

Luis Perez, 57, boarded a plane for Shanghai in 2013, his first time ever to leave Colombia. When he touched down in China, he was arrested and charged with trafficking cocaine.

Perez was sentenced to death, but his punishment was later reduced to a life sentence.

When she visited her father last year, Diana Perez found him in a delicate state. He was kept with a dozen other foreign inmates, none of whom spoke Spanish. Instead they communicated in hand signals. He complained especially about the food.

"A lot of spices. A lot of rice. Vegetables we don't know as vegetables but as plants," she said.

Antivar, meanwhile, waits for her husband to be sentenced.

His 11-year-old daughter, Nikol, wears a tattered red, yellow and blue thread bracelet he made her. The mother and daughter journeyed to China to visit him last year, but Nikol Hilarion said she did not recognize him.

In his letters, Hilarion talks about the dismal prison conditions, like the one roll of toilet paper he is given each month to share with another inmate.

He writes in black ink, using wobbly letters in a Spanish sprinkled with phrases he has learned in English.

"I LOVE YOU FOREVER," he wrote. "PLEASE NOT FORGET ME."