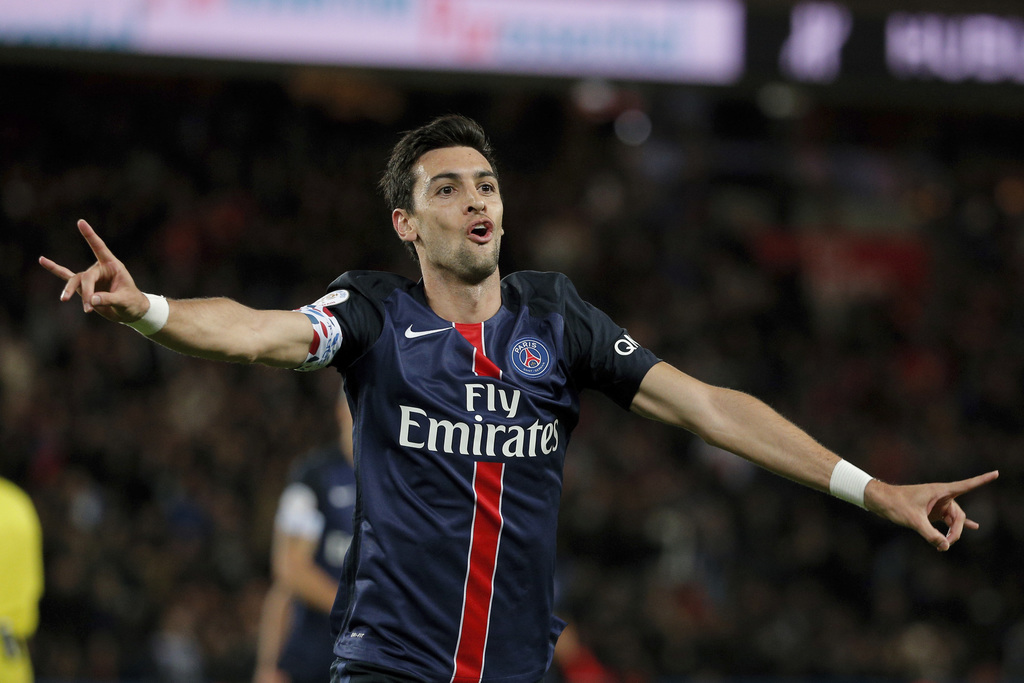 PARIS (AP) — Javier Pastore's return to form is timely for Paris Saint-Germain, especially with one of the midfielder's favorite opponents coming up.

Riddled with injury problems this season and last, Pastore could start against Barcelona on Wednesday when the sides meet in the return leg of their Champions League match, with a quarterfinal place at stake.

PSG is up 4-0 from the first leg in Paris and — with less pressure on the return game — it is a more comfortable situation for Pastore.

If he does start, this could be bad news for Barca.

When the sides played in the group stage of the competition two seasons ago, the skillful Argentine ran the show as PSG won 3-2.

Two seasons earlier, Pastore's powerful left-footed shot put PSG ahead away to Barcelona in the return leg of their quarterfinal.

This season, Pastore is showing signs of getting back to his intuitive best.

He was excellent in a 5-1 win away to Marseille recently, setting up top scorer Edinson Cavani with a delightful quick and cushioned pass.

"He is an artist, we need him," PSG president Nasser Al-Khelaifi said after that game.

A few days later, Pastore came off the bench in a rain-soaked French Cup match away to Niort to score an opportunistic late goal, then set up Cavani with great skill down the left flank.

"He's important for the team," Emery said. "With Pastore, the competition for places improves the team."

These are belated compliments in a topsy-turvy career in France.

If Pastore's stint at PSG was a film he would now be starring in his latest comeback role, an ongoing roller-coaster ride with early highs and disappointing lows.

When he joined from Italian side Palermo in August, 2011, he was the first major signing by PSG's new Qatari investors, QSI.

They had completed their takeover just two months before and were keen to snap up such a promising talent.

Pastore, then a skinny 21-year-old, was earning rave reviews in Serie A.

PSG landed him for 42 million euros (about $45 million) and he scored 13 league goals during an excellent first season.

That was in his favored role as a playmaker running the game with his vision, flicks and general trickery.

In the ensuing seasons, Pastore's form ebbed and flowed while his position chopped and changed. Managers Carlo Ancelotti and Blanc seemed unsure whether they rated him.

Pastore played wide left or wide right, yet rarely through the middle, and often drifted out of games.

Not knowing if he would be picked, or in which position, sapped his confidence.

Pastore's thin and somewhat gangly frame perhaps leaves him more exposed. Last season he had groin, hamstring and shin injuries, limiting him to just 11 league starts — although the arrival of Angel Di Maria limited his chances even when fit.

This season, Pastore has been held back by knee and calf problems, with Emery saying these injuries were "a concern for everyone."

One match in November summed up Pastore's exasperating situation perfectly. He came on in the 82nd minute against Nantes only to limp off before the final whistle with a knee injury.

Seemingly in a state of confusion, he apologized to PSG's fans but also credited Emery for having "always believed" in him.

Pastore feels immeasurably relieved to able to concentrate fully on football these days, rather than worrying if his body will break down.

"When I go out onto the pitch, it's crucial that I think only about playing," he said. "From now on, you can count on me. No worries."