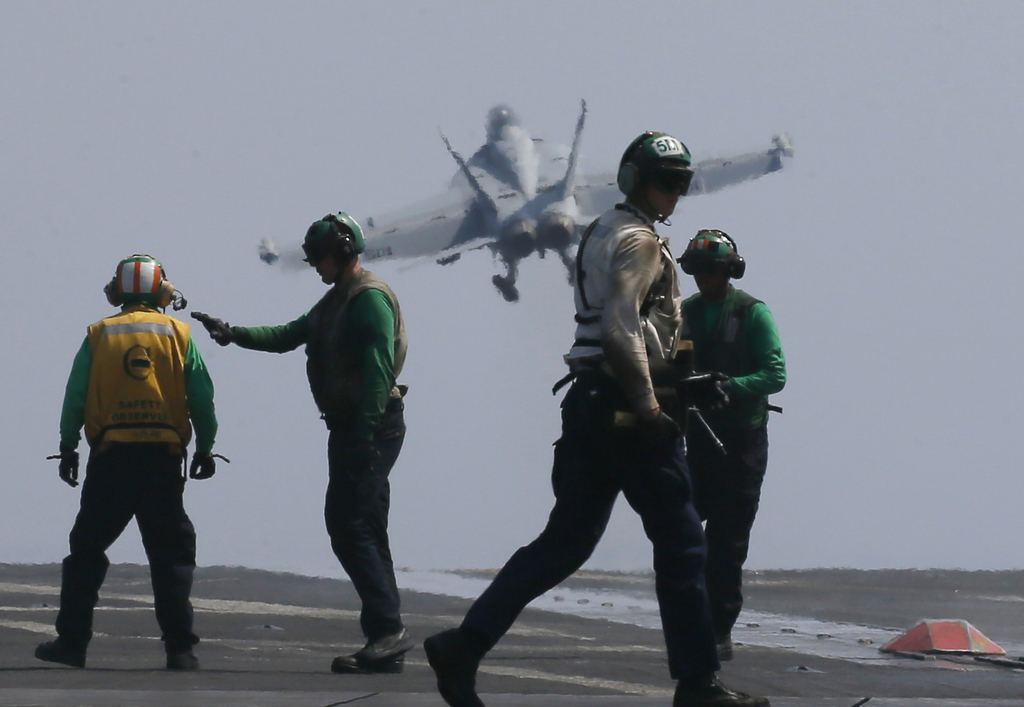 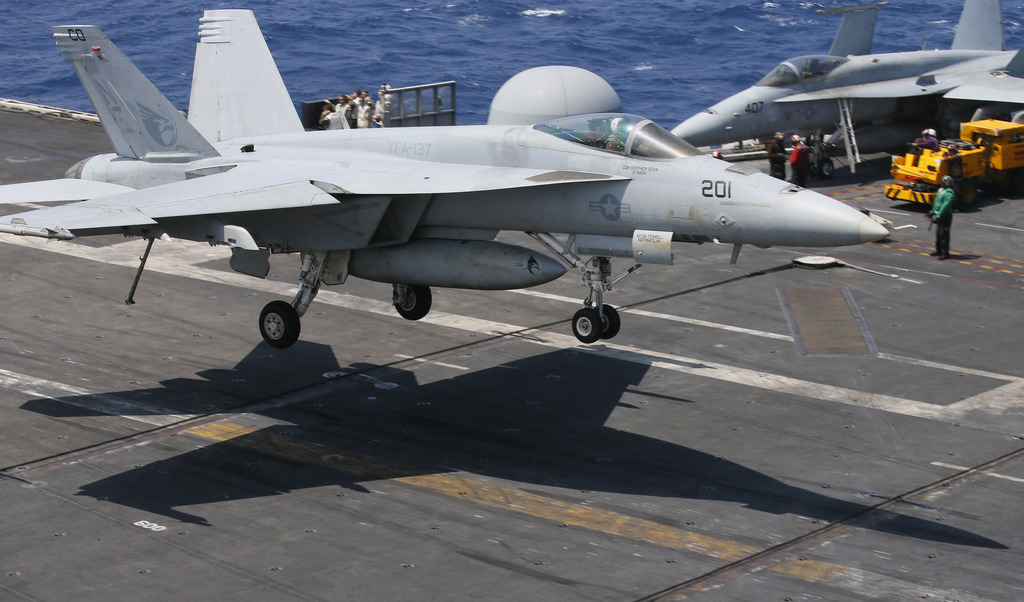 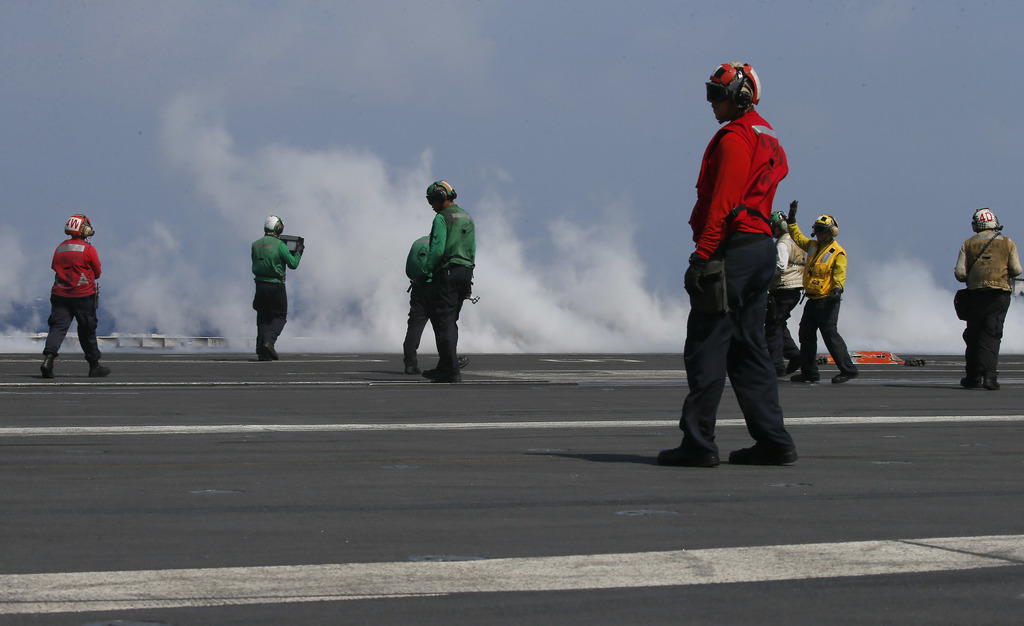 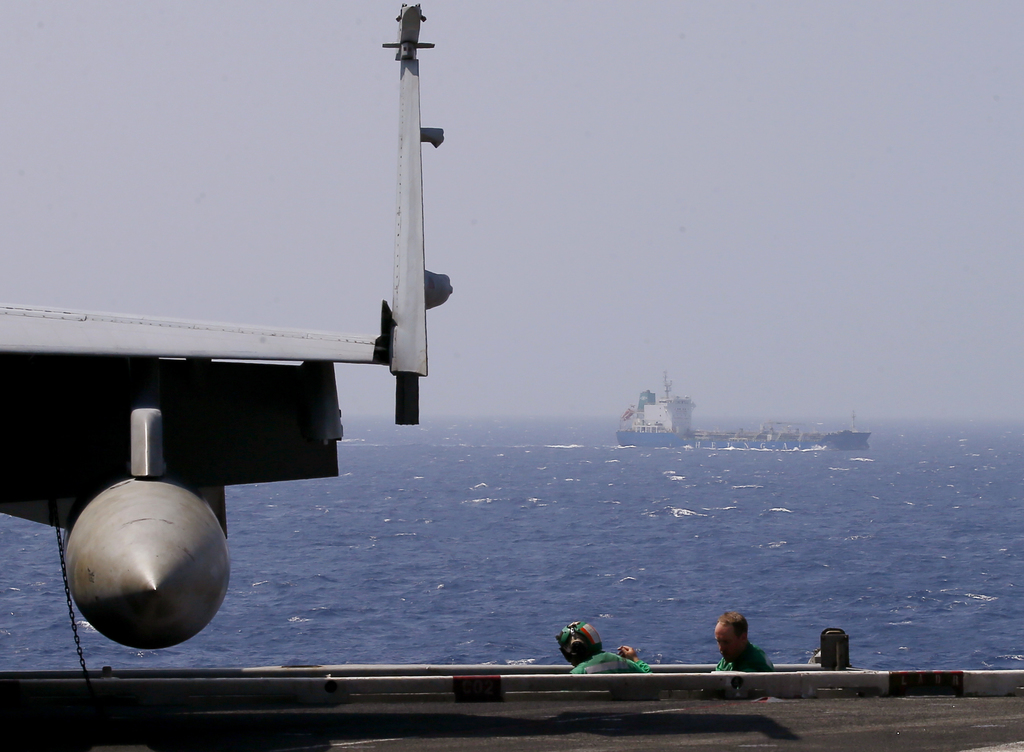 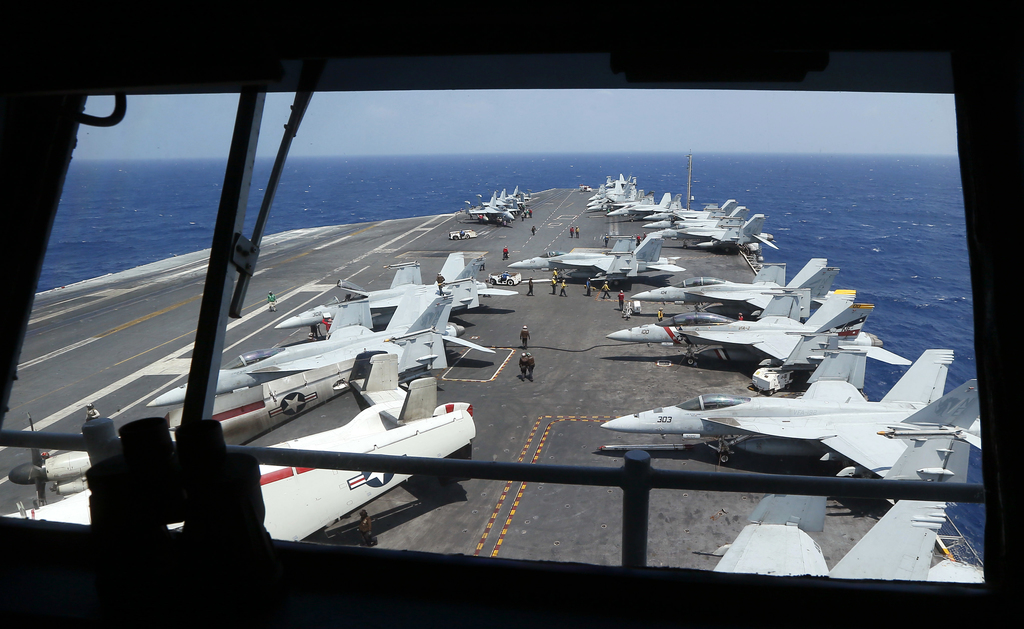 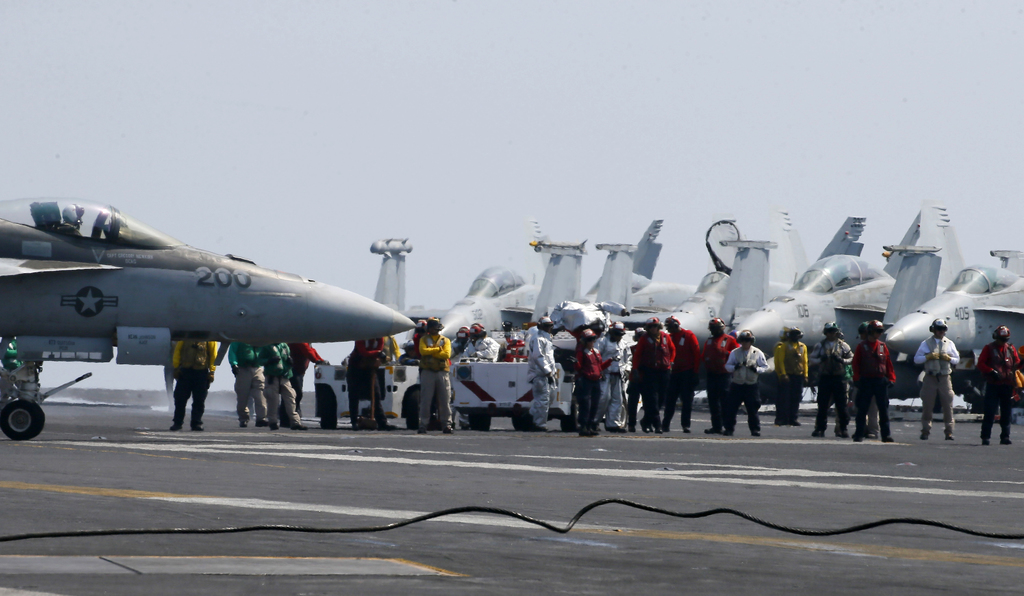 BANGKOK (AP) — A look at recent developments in the South China Sea, where China is pitted against smaller neighbors in multiple disputes over islands, coral reefs and lagoons in waters crucial for global commerce and rich in fish and potential oil and gas reserves:

EDITOR'S NOTE: This is a weekly look at the latest developments in the South China Sea, home to several territorial conflicts that have raised tensions in the region.

US RAMPS UP PATROLS IN SOUTH CHINA SEA, IRRITATING BEIJING

The USS Carl Vinson, which is steaming through the South China Sea, is just one of several high-profile displays of U.S. naval power as President Donald Trump's administration weighs options of how to reassure allies and respond to an assertive China.

The current makeup of the aircraft carrier strike group, which began routine operations Feb. 18, suggests it may not carry out an anticipated freedom of navigation operation (FONOP) just yet. The U.S. has challenged Beijing four times since 2015 by sailing close to Chinese-held islands in the disputed waters, but critics say the pace of such operations under the Obama administration failed to deter China from constructing the seven outposts that are now being fitted with radar and weapons systems.

The new U.S. administration has signaled a tougher approach.

"We have operated here in the past, we're going to operate here in the future, we're going to continue to reassure our allies," Rear Adm. James Kilby, commander of the San Diego-based Carrier Strike group 1, told journalists who toured the ship Friday as it was sailing between China's southernmost island of Hainan and Scarborough Shoal, which China seized from the Philippines in 2012.

He said there have been no incidents and "everyone we've encountered so far has acted professionally as we would hope they would do in accordance with international rules, standards, norms and laws."

At the moment, the carrier was accompanied by one warship, making it unlikely the sole escort would break off for a possible freedom of navigation operation, retired Navy officer and analyst Steven Stashwick wrote in The Diplomat, which tracks military and diplomatic developments in the region.

The U.S. military in general has not publicly announced all its freedom of navigation operations, which have existed globally since 1979. But its operations in the South China Sea have been scrutinized closely, and officials have been careful about raising expectations that such action was anything more than routine enforcement of international maritime law.

China has scoffed at U.S. patrols and sent its sole aircraft carrier, the Liaoning, in January as well as bombers, fighter jets and surveillance aircraft through the region.

A spokesman for the country's top political advisory body, Wang Guoqing, said it was "perfectly normal" for China to build facilities, including those for necessary defense purposes, on its territory. He also dismissed U.S. concern that China was threatening freedom of navigation.

"Though peace reigns over the land, the stupid people create trouble for themselves," Wang was quoted as saying.

Government spokeswoman Fu Ying said that the situation depends on U.S. intentions. "American actions in the South China Sea have a definite significance in terms of which way the winds blow," she said.

The carrier group is expected to join an exercise in South Korea in mid-March. Later in the summer, a pair of San Diego-based destroyers are expected to beef up the group in the contested waters, the San Diego Union-Tribune reported. It said the Navy's Third Fleet commander, Vice Adm. Nora Tyson, plans at least two more trips for the carrier group in the next three months.

Other assets include the USS Coronado, a littoral combat ship, which began a new South China Sea patrol last week from its base in Singapore. Its predecessor, the USS Fort Worth, was closely trailed by a more heavily armed Chinese frigate in May 2015, the Diplomat said. The Navy said that the amphibious transport dock ship USS Green Bay also conducted routine operations in the South China Sea last week following exercises in the Gulf of Thailand.

According to NBC News quoting internal military reports, three attack submarines — the USS Alexandria, USS Chicago and USS Louisville — have deployed in the Western Pacific last month and at least one has entered the South China Sea.

Vietnam's Ministry of Defense reported that Prime Minister Nguyen Xuan Phu led the flag-raising ceremony at Cam Ranh naval base on Feb. 28, during which he called on the navy to defend every inch of Vietnam, including territorial waters.

He also said that his country does not seek an arms race in the region and the submarines' acquisition should not be seen as a threat to other countries.

Vietnam has been embroiled in a bitter dispute with China in both the Spratly islands, where it controls 20 features, and the Paracel archipelago, which Chinese forces seized from former South Vietnam in 1974. In 2014, China moved an oil rig into the Paracels, triggering a tense standoff that involved Vietnamese and Chinese vessels ramming each other.