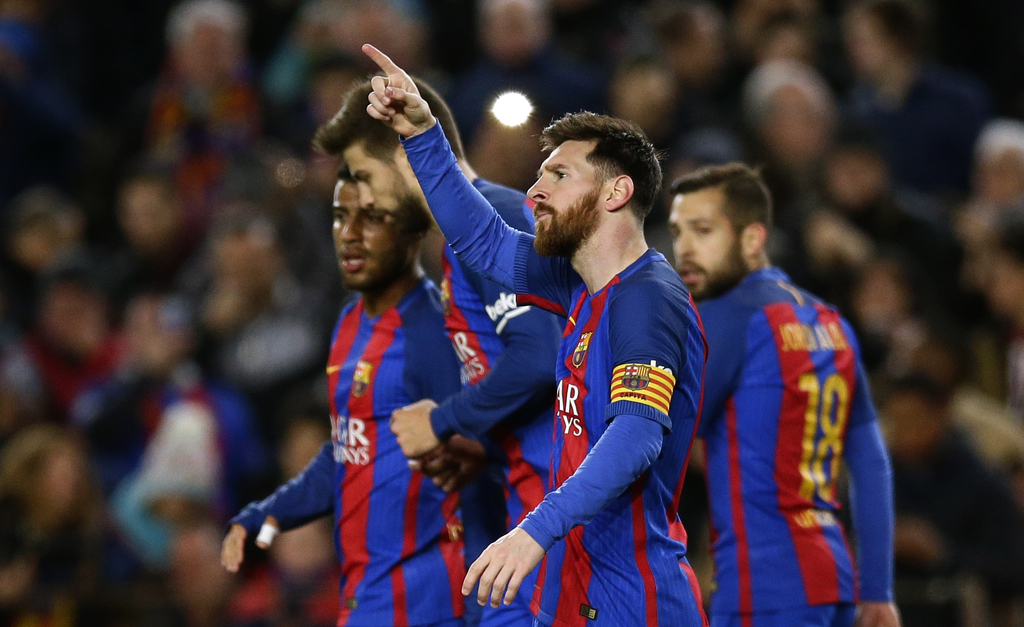 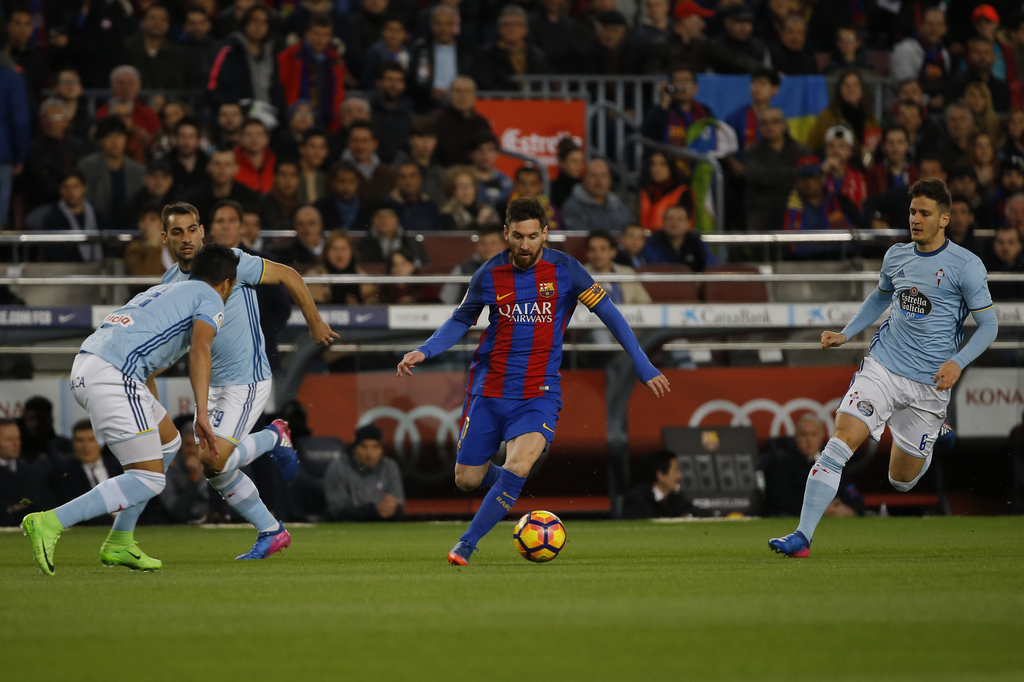 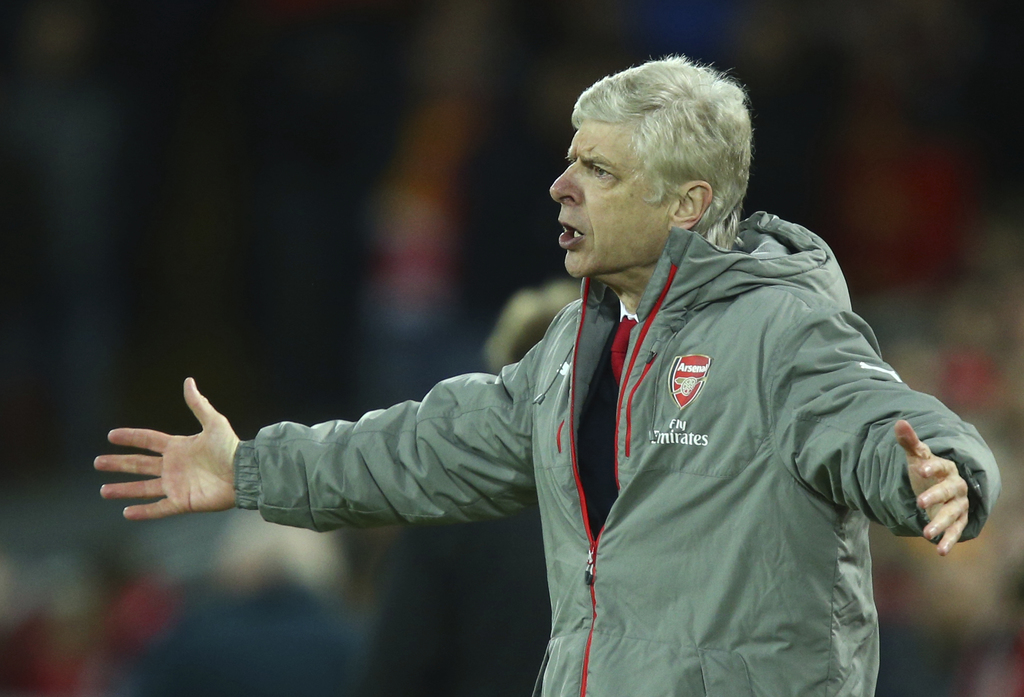 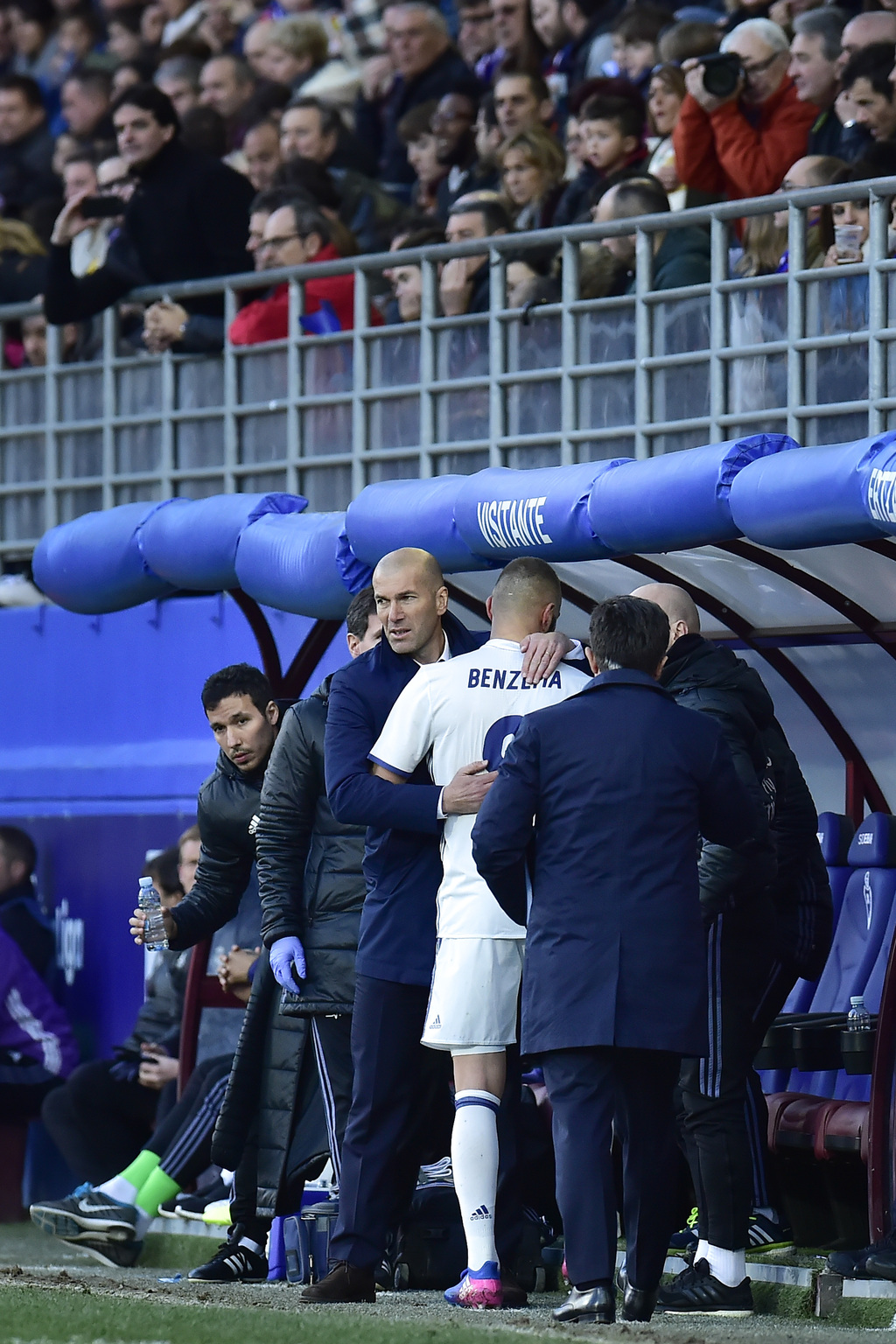 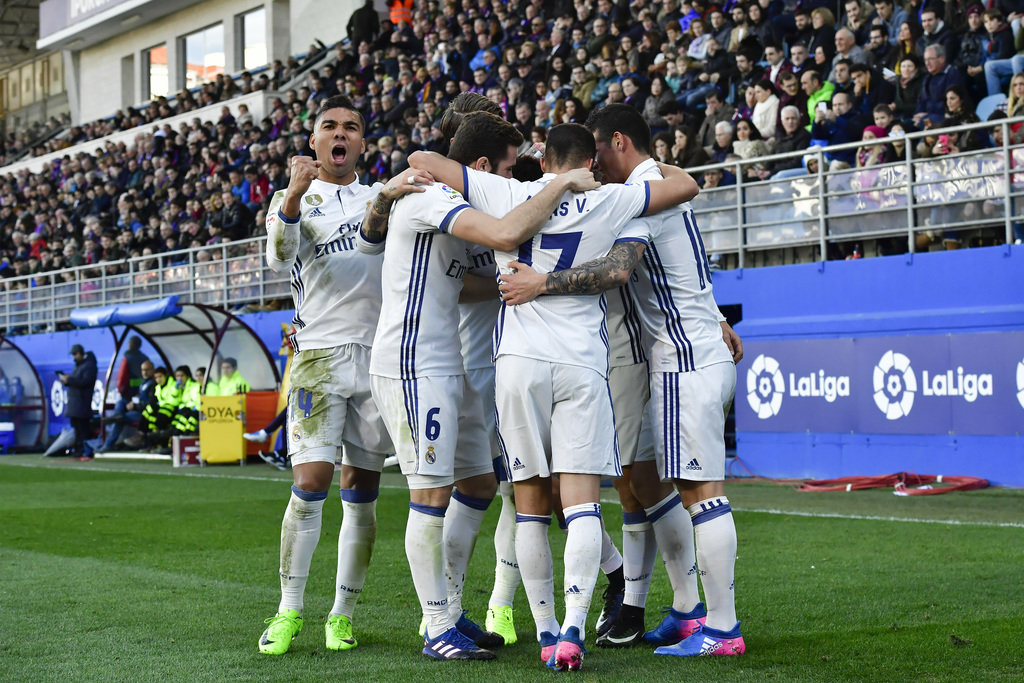 MADRID (AP) — There is still hope for Barcelona in the Champions League.

With Lionel Messi at his best and leading an attack that has been scoring at will, Barcelona takes on Paris Saint-Germain with reason to believe it can reverse the 4-0 loss in the first leg of the competition's Round of 16.

Barcelona has scored at least five goals in its last two matches, and Messi has been virtually unstoppable since the defeat in Paris, scoring six goals in four games.

The Spanish club needs at least four goals at Camp Nou to avoid being eliminated in the last 16 for the first time in nearly a decade.

"It will be difficult, but I have unwavering belief that we can play a great game and get right back into contention," Barcelona coach Luis Enrique said.

Another team needing to overcome a big defeat will be Arsenal, which lost 5-1 at Bayern Munich. The English club has been eliminated in the Round of 16 the last six seasons, and another setback on Tuesday will add even more pressure on coach Arsene Wenger.

No team has reversed a four-goal deficit since the new Champions League format was introduced in 1992-93.

Defending champion Real Madrid takes a 3-1 lead into the second leg against Napoli in Italy, while Borussia Dortmund hosts Benfica looking to overcome a 1-0 loss in Portugal.

Here's a look at the four games this week:

Backed by a 16-game unbeaten streak, Paris Saint-Germain heads to Spain confident it will be able to withstand Barcelona's pressure at the Camp Nou on Wednesday.

"It will be one hell of a game, we know that Barcelona believe in their comeback," PSG midfielder Blaise Matuidi said. "If there is one team capable of doing this kind of thing, it's Barcelona. But they'll be facing PSG and it will be difficult against us."

PSG has made it to the quarterfinals the last four seasons, being eliminated by Barcelona in 2013 and 2015.

"I don't think we have any pressure," midfielder Marco Verratti said. "I think all the pressure is on Barcelona."

Barcelona, which has reached the quarterfinals the last nine seasons, has outscored opponents by four goals or more at least 10 times this season. It is boosted by a 5-0 rout of Celta Vigo in the Spanish league.

"It was one of our best games this season and one of the best in the past few months," Luis Enrique said. "It's a game that gives us confidence. We will have our chances against PSG."

Real Madrid is making the trip to Italy with Cristiano Ronaldo at full strength after he was rested in the team's Spanish league match at Eibar on Saturday.

Ronaldo, who is two goals short of becoming the first player to score 100 times in European competitions, has scored four goals in his last three games.

Mertens had scored 14 goals in his last 11 matches leading up to the first leg in Madrid and was expected to again lead the Napoli attack, but he was largely anonymous in the game in Madrid.

He was back to his best at the weekend, though, scoring both goals as Napoli won 2-1 at second-placed Roma, a victory that boosted the team's confidence for Tuesday's game at a sold-out San Paolo.

With 14 goals scored and none conceded in its last three games, Bayern appears to have struck form at just the right time in the season.

"We have to be concentrated going into the game and show especially in the first quarter-hour that Arsenal can forget about the next round," captain Philipp Lahm said.

Arsenal is coming off a loss to Liverpool, which left the club out of the top four in the Premier League.

"We need to push harder, to start the games with a better attitude and just go for it, because we showed that when we go for it and want something we can do it," defender Hector Bellerin said. "It doesn't matter about the other team, when we have the ball and push hard, we can score goals."

Dortmund will have to overturn its one-goal deficit without inspirational midfielder Marco Reus, who has been ruled out of Wednesday's match with a thigh injury.

Still, Dortmund is boosted by three consecutive Bundesliga wins since the defeat in Portugal, including a 6-2 rout of Bayer Leverkusen at home on Saturday.

Pierre-Emerick Aubameyang, who missed a penalty against Benfica, scored twice against Leverkusen. The Gabon striker leads the Bundesliga scoring chart with 21 goals.

"We're unpredictable at the moment, difficult for any opponent," midfielder Gonzalo Castro said.