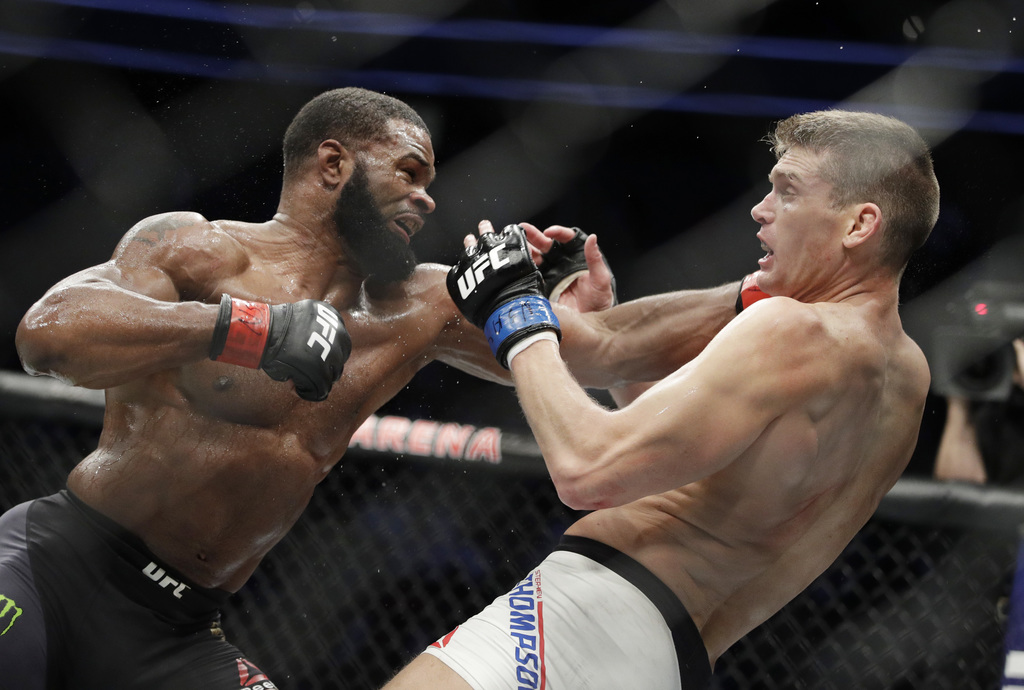 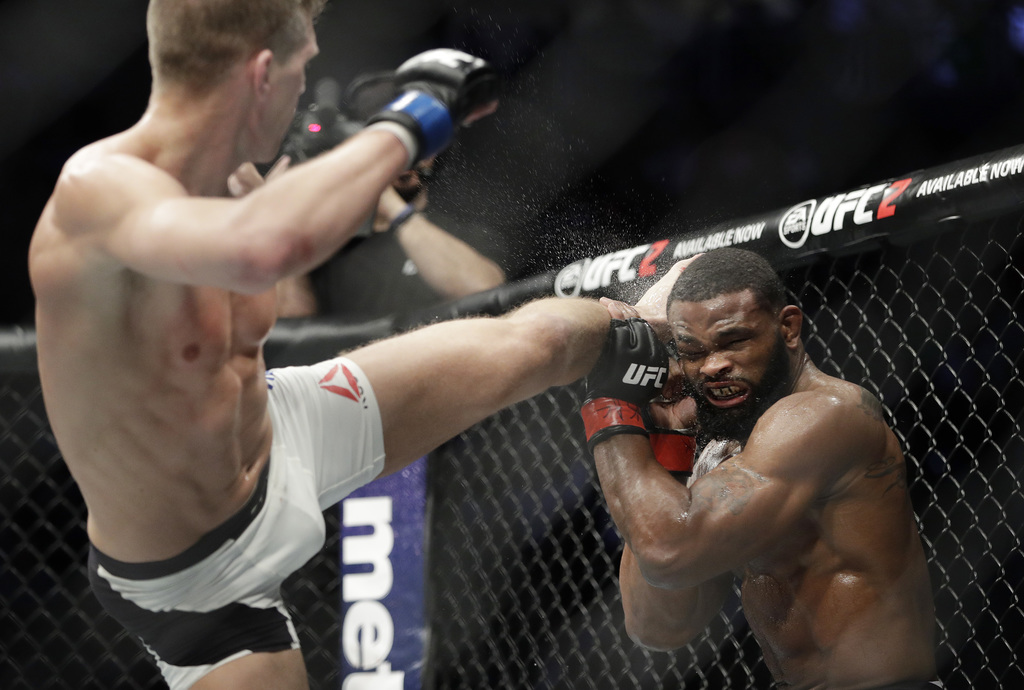 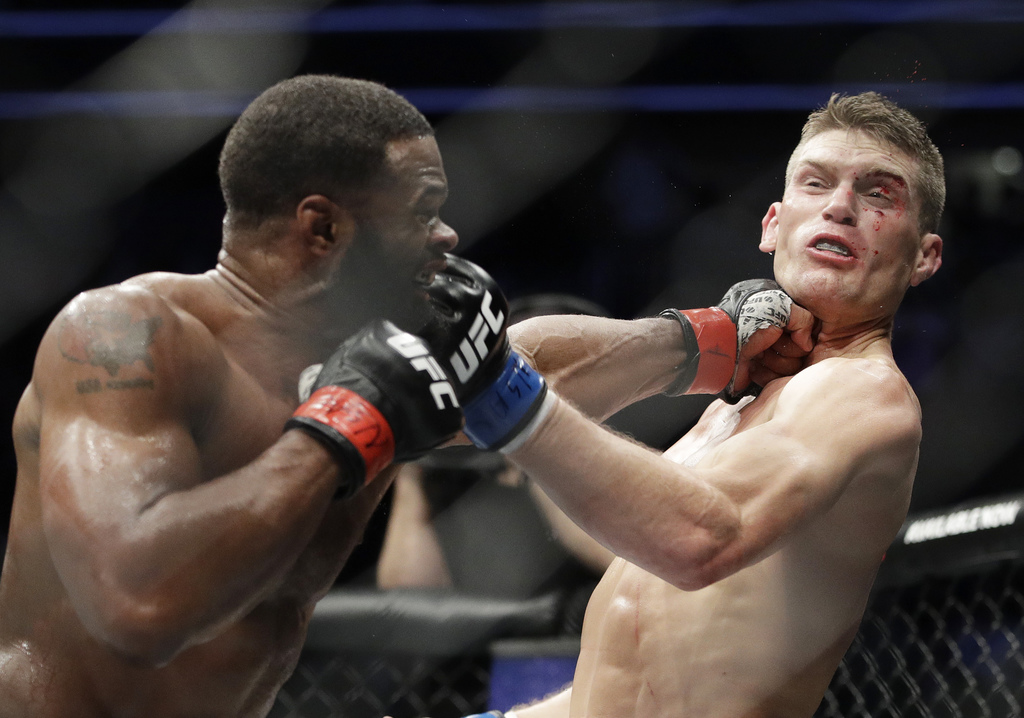 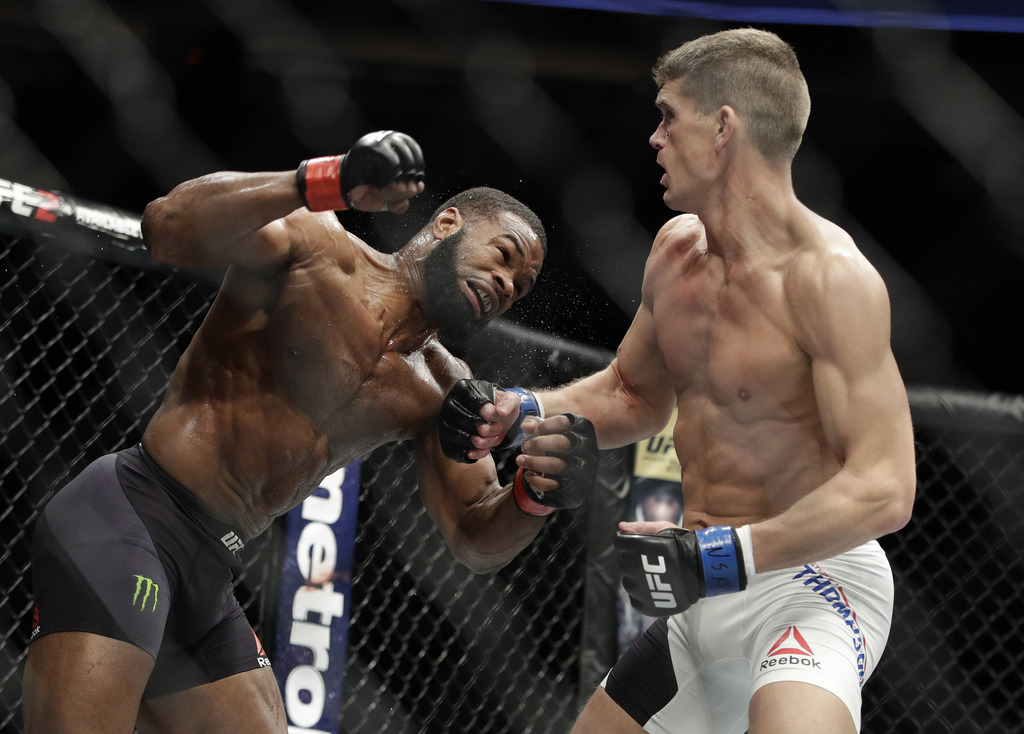 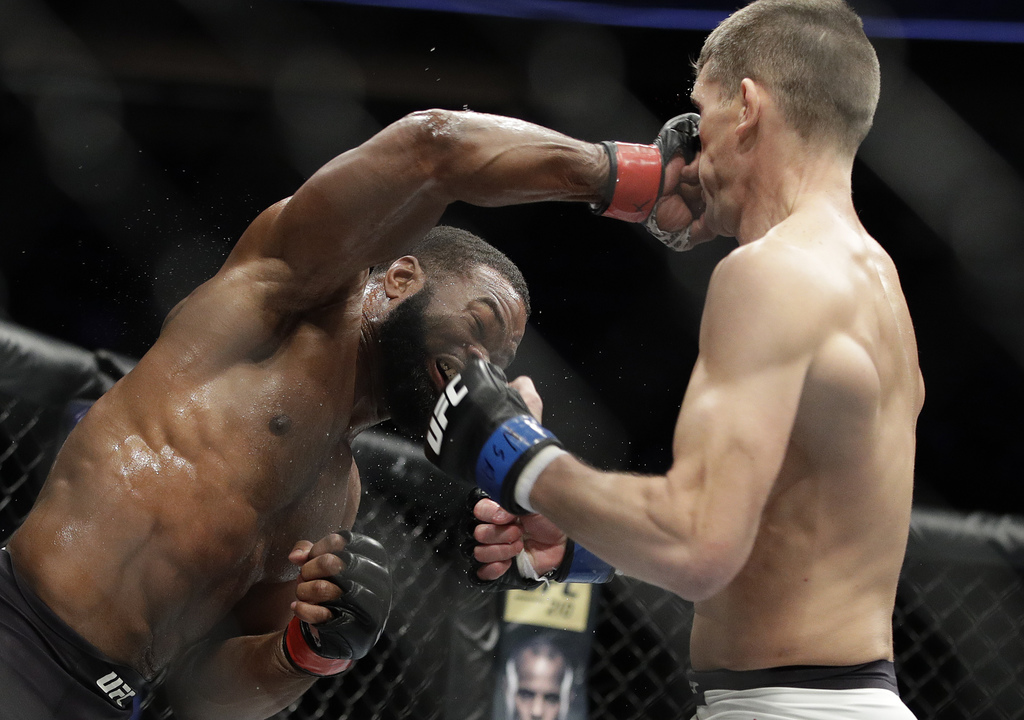 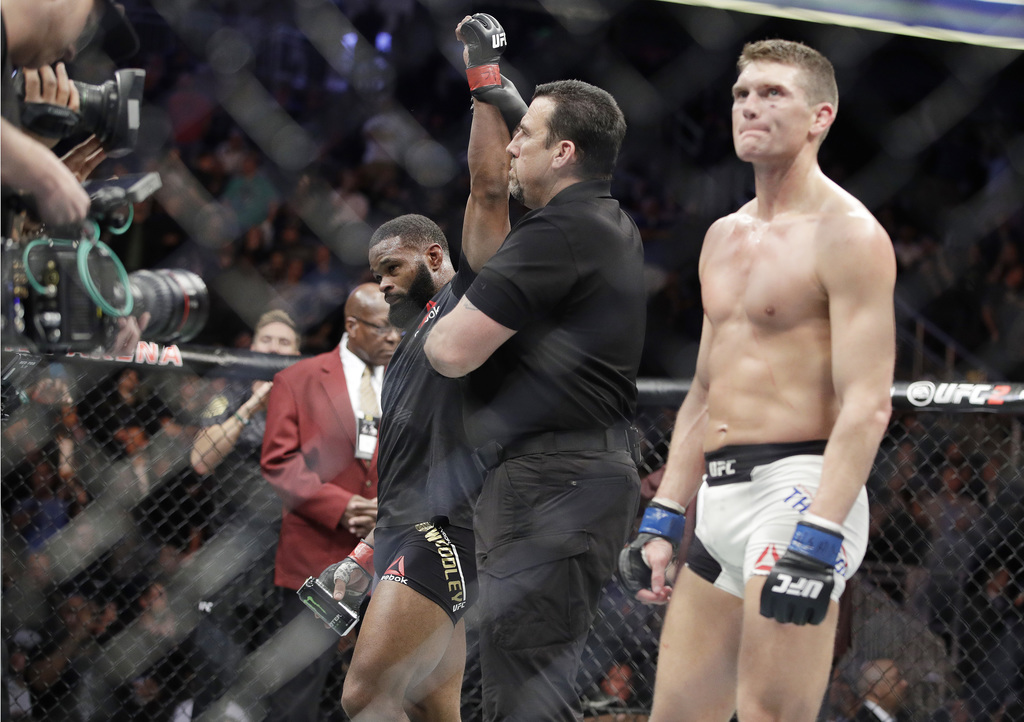 LAS VEGAS (AP) — Tyron Woodley understood the booing that thoroughly drowned out his words when he spoke to the fans following his tactical victory over Stephen Thompson at UFC 209.

"But guess what? I love being the world champion, and sometimes it's not the sexiest fight on Earth."

The 34-year-old UFC welterweight champ simply felt he couldn't risk his belt or his livelihood in another emotional brawl with Thompson, the unpredictable karate fighter who nearly finished him four months ago in their wild first bout in New York.

Thompson exercised the same caution in their Vegas rematch, and Woodley eked out a cerebral, largely action-free victory that left both fighters thinking they had won.

It also left many fans wishing they hadn't paid to watch a chess match in a cage.

"I would say a stalemate is probably the proper term," Woodley said.

Woodley (17-3-1) and Thompson (13-2-1) had the same solution to a common dilemma for high-profile mixed martial artists and boxers in big bouts: They can either fight intelligently, or they can entertain the fans who come to see blood.

Georges St. Pierre and Floyd Mayweather Jr. became stars without becoming brawlers, but most fighters don't have the athleticism or the personality to reach big paydays and worldwide recognition without going a bit wild.

By the time the T-Mobile Arena crowd chanted "Fight! Fight! Fight!" out of desperation in the fifth round, Woodley and Thompson had made their preferences clear — for this difficult matchup, at least.

The first two rounds had zero significant action as two talented counterpunchers circled and waited to capitalize when the other threw a lazy, obvious strike. It never happened.

"I didn't realize he was going to be as hesitant in this one," Thompson said. "He was backing up a lot. I knew he was waiting for me to come in. You want to go out there and get a spectacular knockout, but when you get in there, it's a different feel. I think only fighters can understand that."

Indeed, Woodley didn't make UFC 209 boring by himself: Thompson fought the same tactical fight, showing little of his usual creativity in attack. They landed only a combined 136 total strikes over five rounds.

The final 35 seconds of the fifth round contained essentially all of the main event's thrills: Woodley dropped Thompson with a straight right hand and pummeled him on the ground.

Thompson escaped, but that single flurry might have swayed the majority decision to Woodley, who won the last round on all three judges' cards and took two cards at 48-47.

Woodley is a loquacious fighter with the personality and talent to become one of the UFC's biggest stars, and he has shown ferocious knockout power in previous fights. But the former University of Missouri wrestler would have endangered years of work with a rematch loss to an unorthodox opponent.

"This is a big fight, man," Woodley said. "I can go out there and give you guys what you want — spinning back-fists, side kick, flying knee — and get knocked out. Now I've got to go home without my belt, making way less money, and getting back on the drawing board."

UFC President Dana White also lamented the lack of action in the main event, but still defended Woodley and Thompson.

"It's easy to sit in your seats, drink some beers, eat your popcorn and boo people," White said. "You're not out there fighting Tyron Woodley or Wonderboy. A lot was at stake, and these guys fought the way they felt they needed to."

Still, White — who has an occasionally combative relationship with Woodley — admitted he thought Thompson won the fight.

"I didn't take offense to it," Woodley said. "If you know Dana, his fight style is (infamous brawler) Diego Sanchez, these dudes that are beating each other up. That's his stuff. That's his style. It's not always the most attractive fight to see the guys who are playing a chess match.

"Getting hit should never be cool. The art should be hitting and not getting hit."