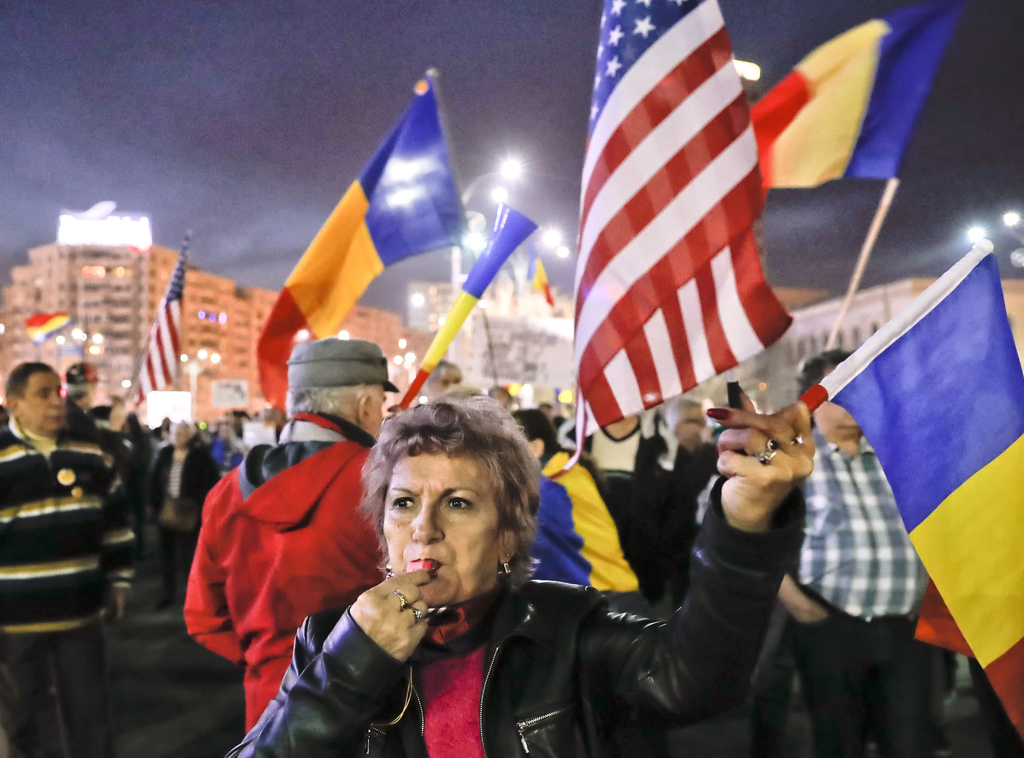 BUCHAREST, Romania (AP) — Thousands of protesters have marched through the Romanian capital of Bucharest to support the country's anti-corruption authority and demand that state institutions be free of political interference.

Protesters blew whistles and vuvuzelas and waved Romanian and U.S. flags as they gathered Sunday evening in Victory Square, where the government has its offices, and marched toward the Parliament.

They yelled: "Romania, wake up!" and "We want justice, not corruption!" It was the latest in weeks of anti-government, anti-graft protests in Romania.

The massive protests were sparked by a now-rescinded government decree to decriminalize some forms of official misconduct. The center-left government still plans to introduce the measure as a draft law in Parliament, however.

Protesters have pledged to bring about a new era in Romanian politics.