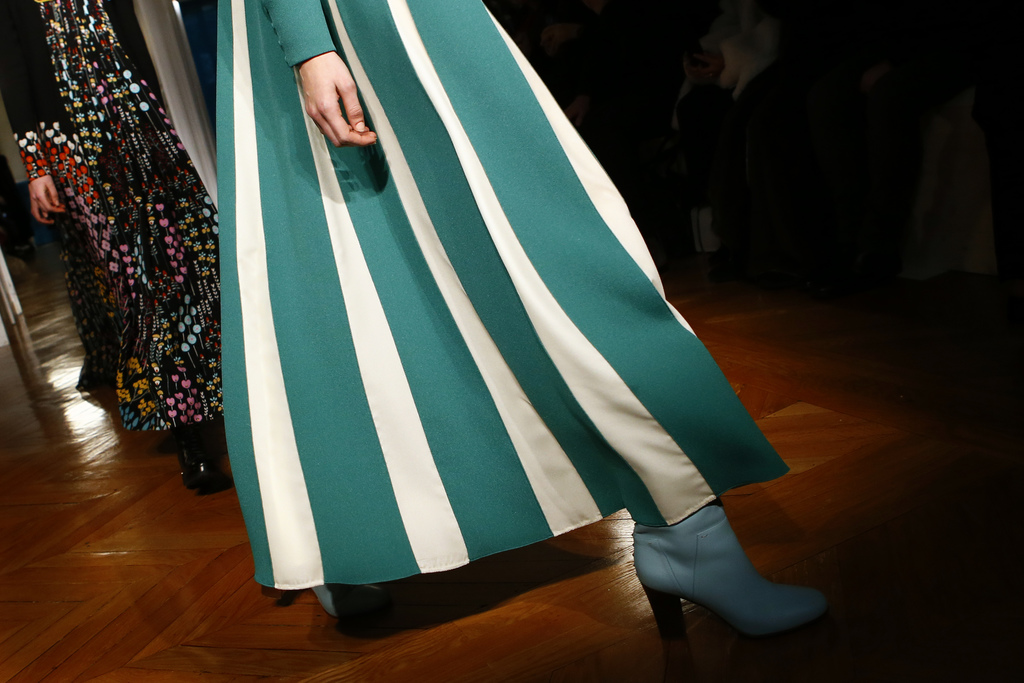 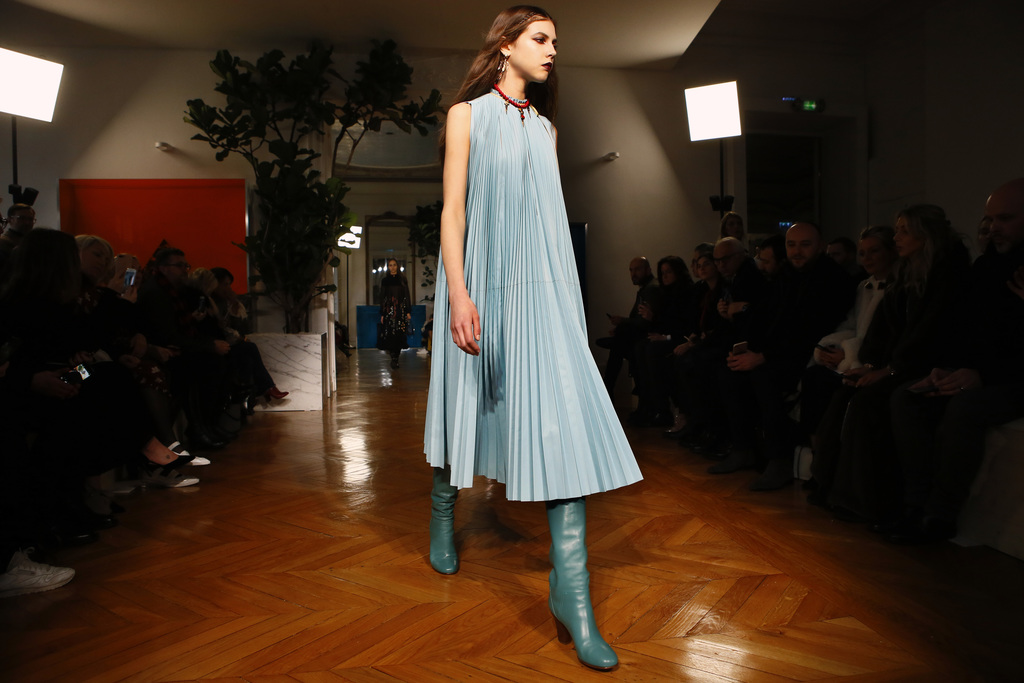 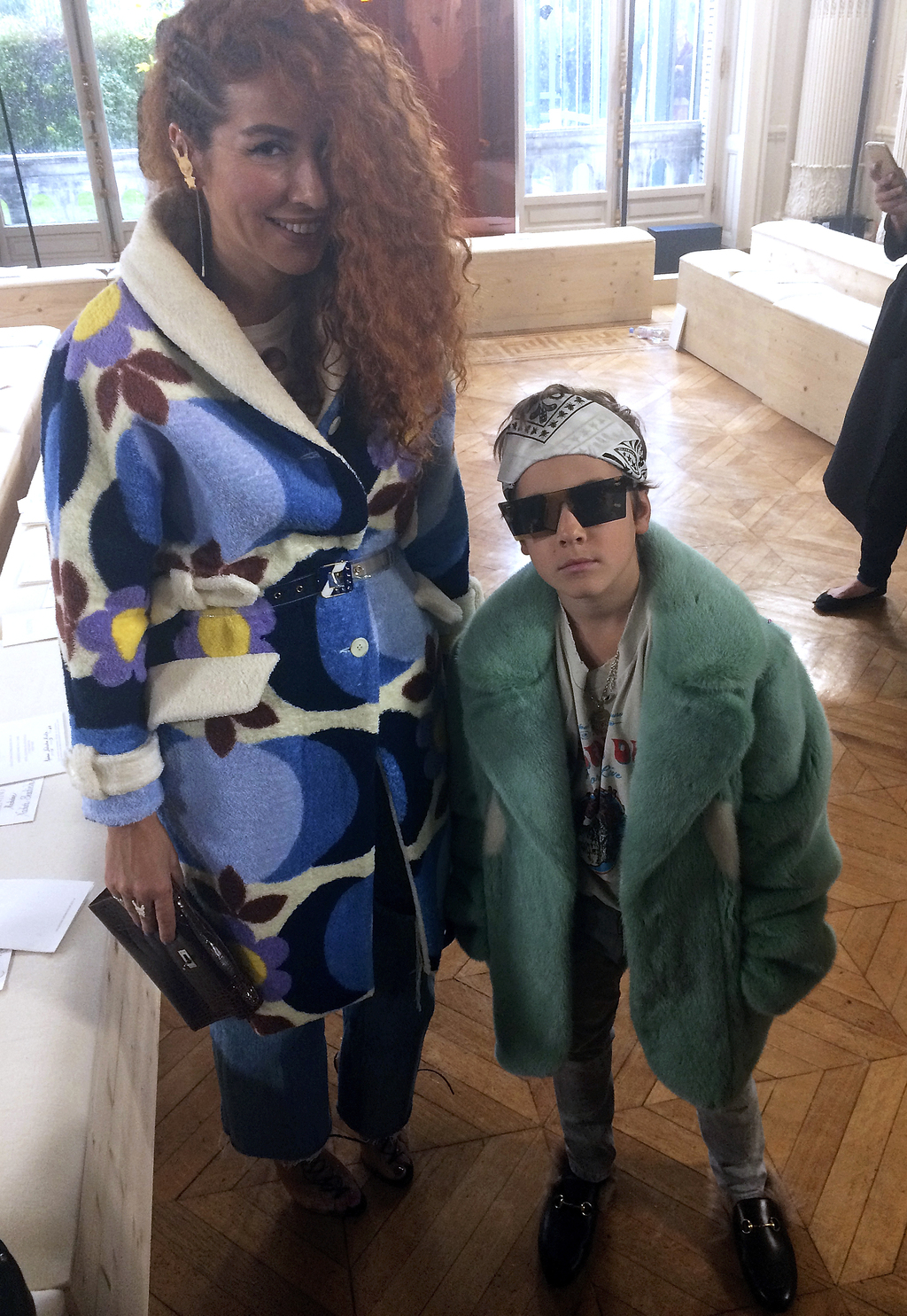 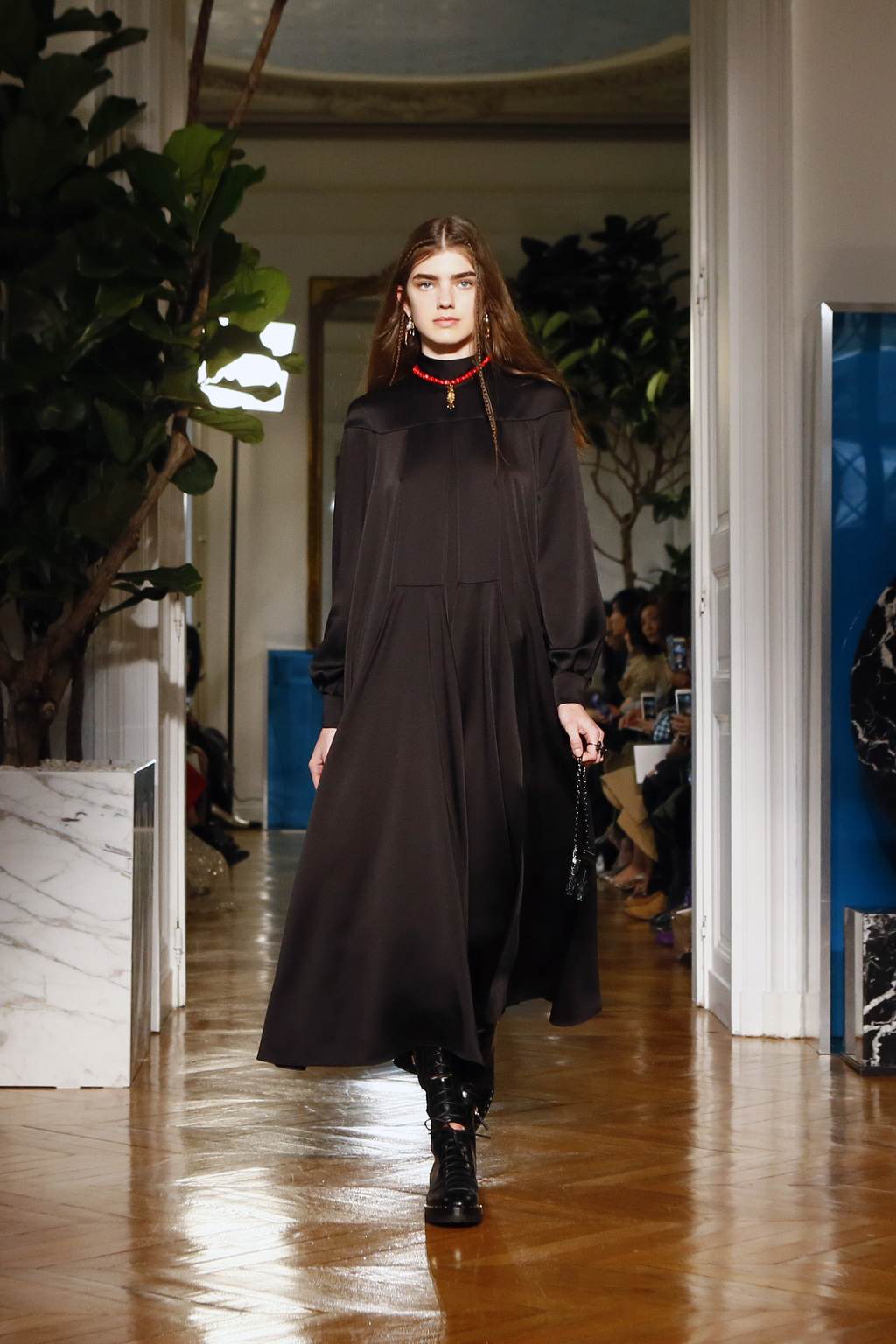 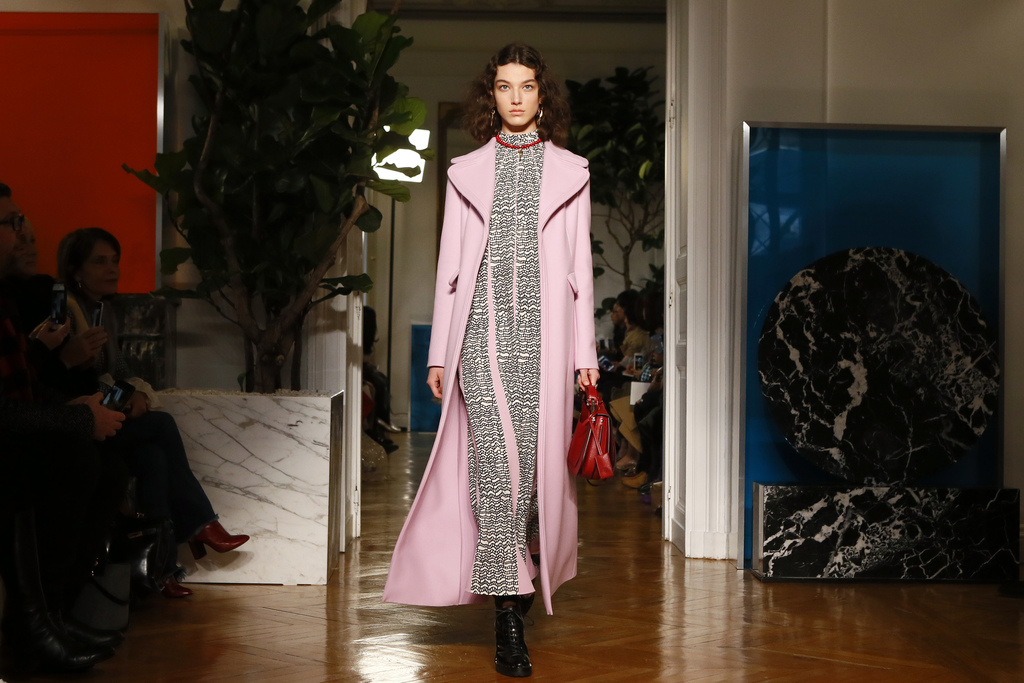 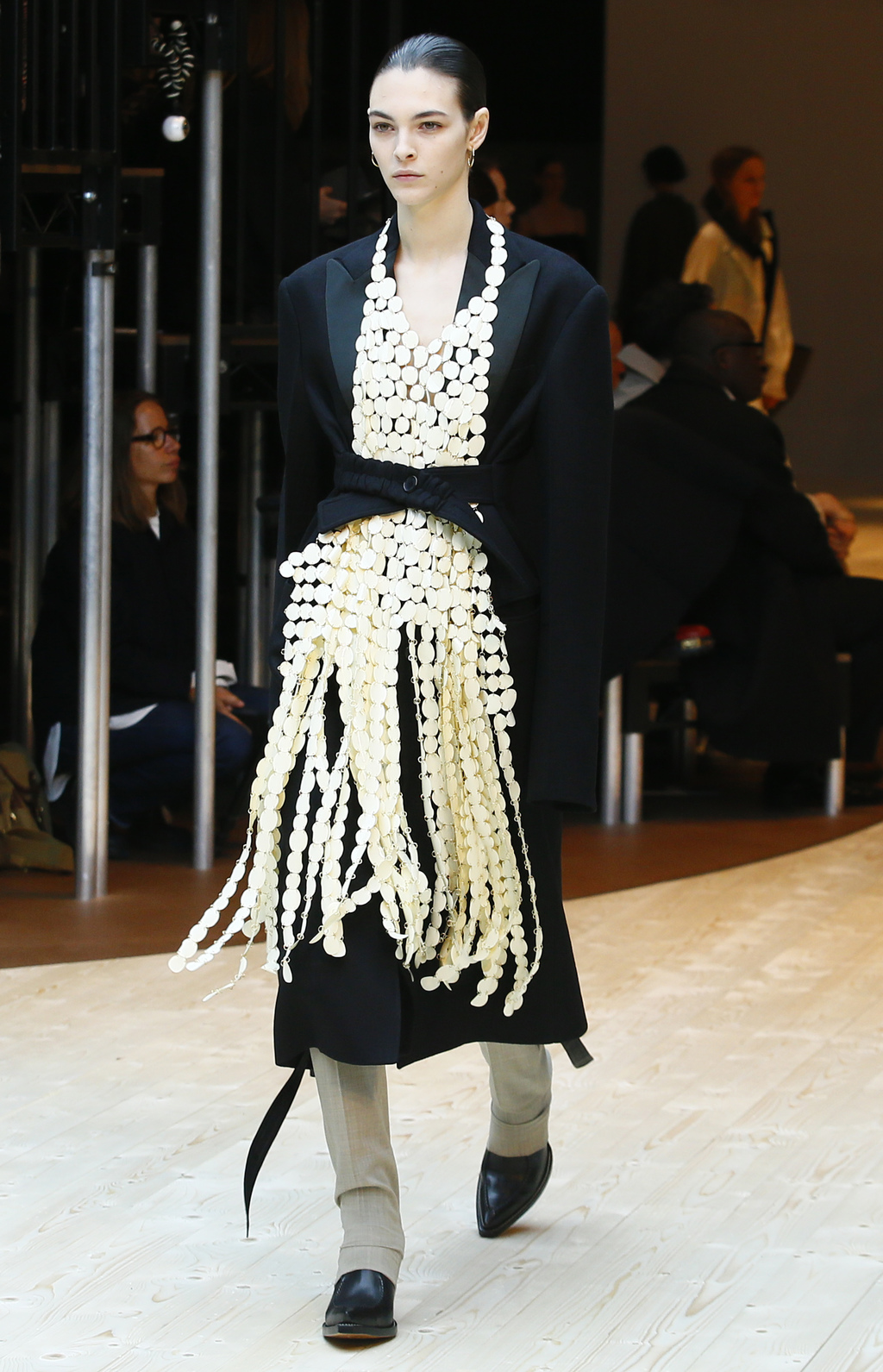 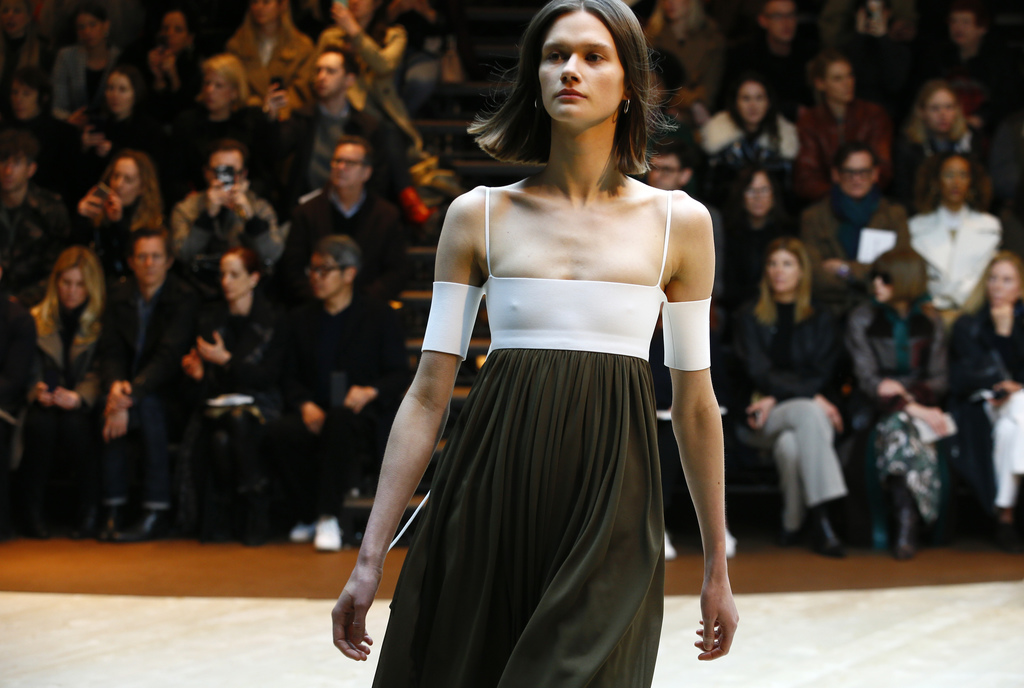 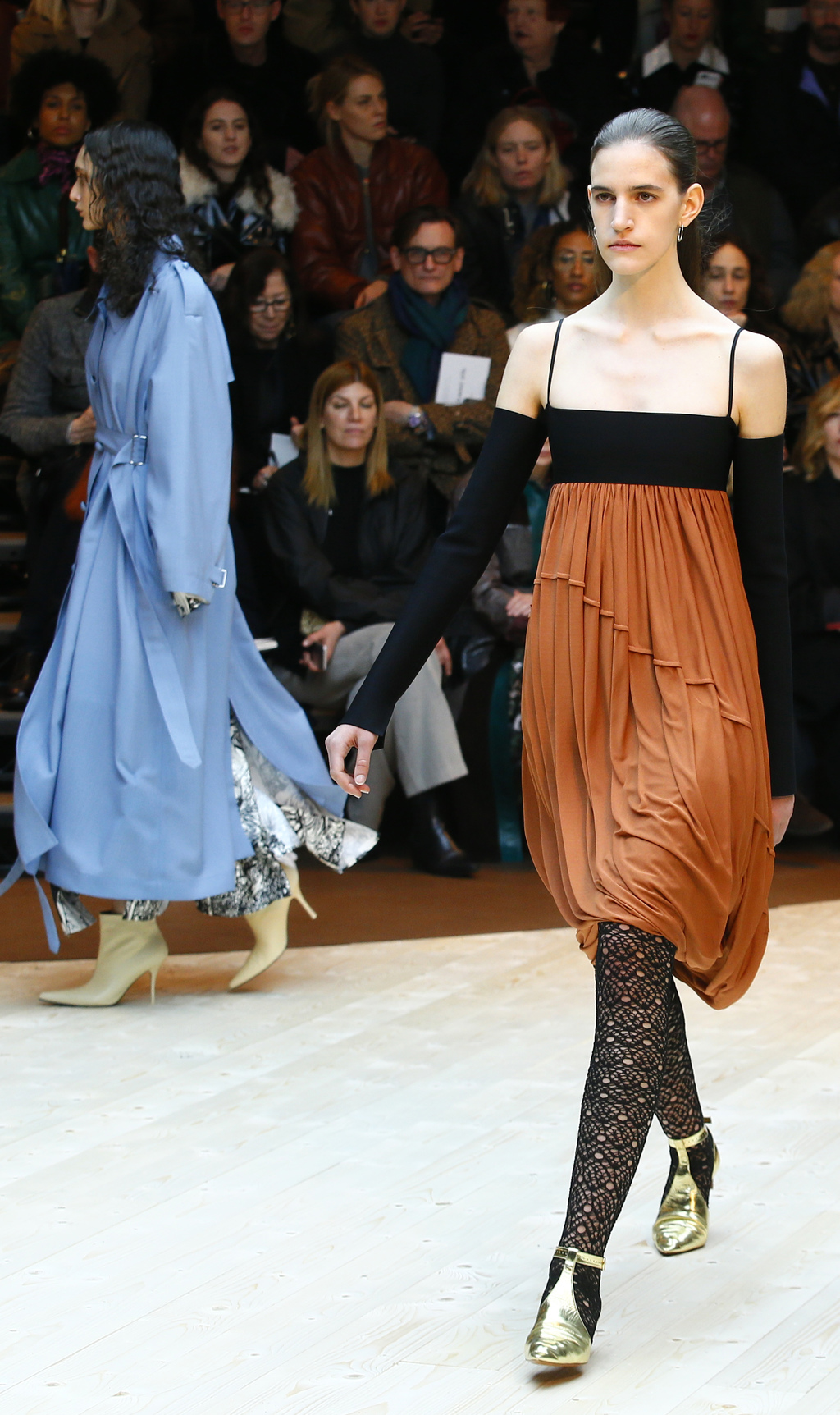 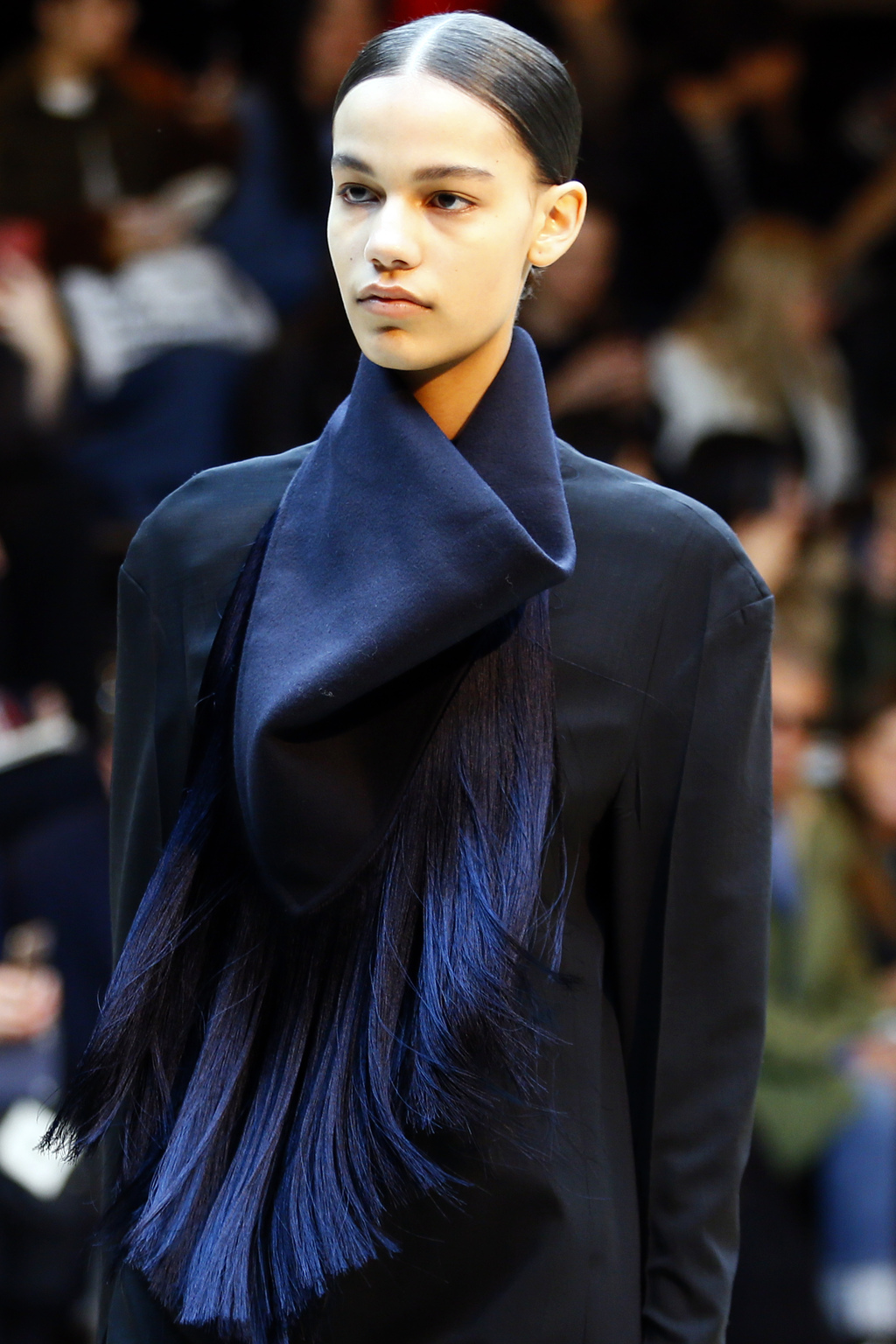 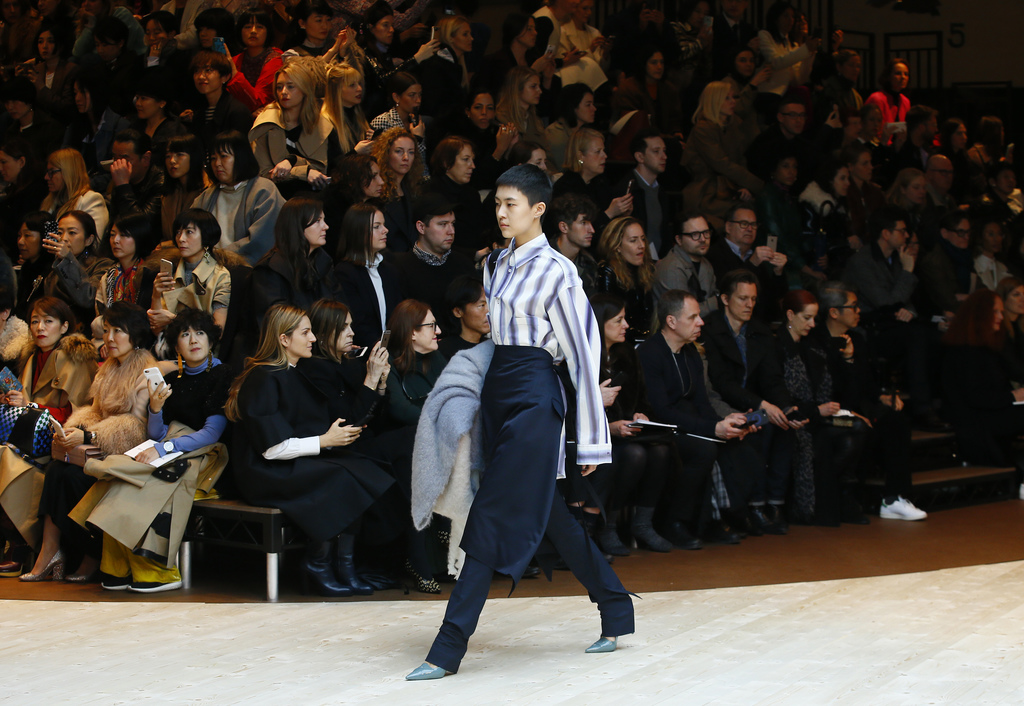 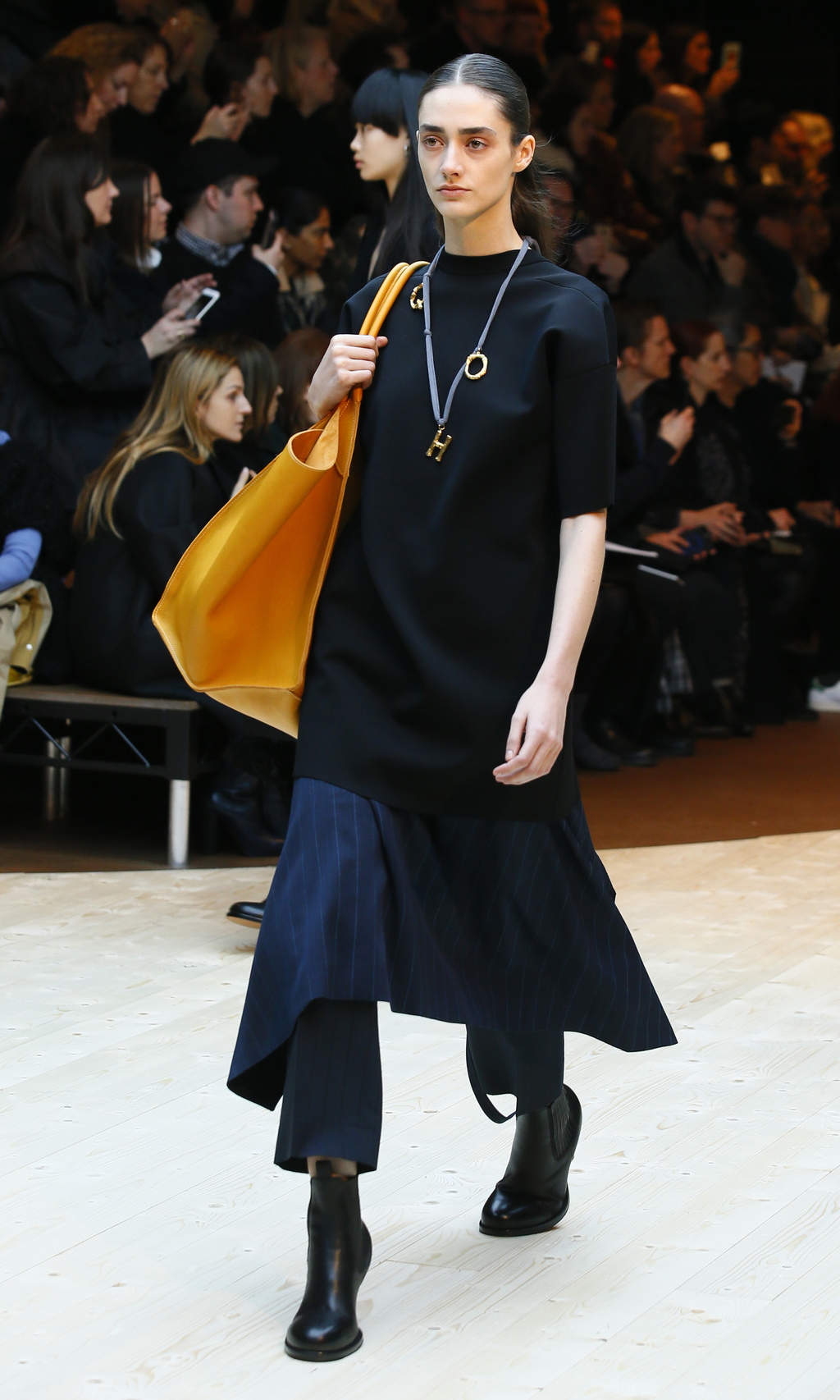 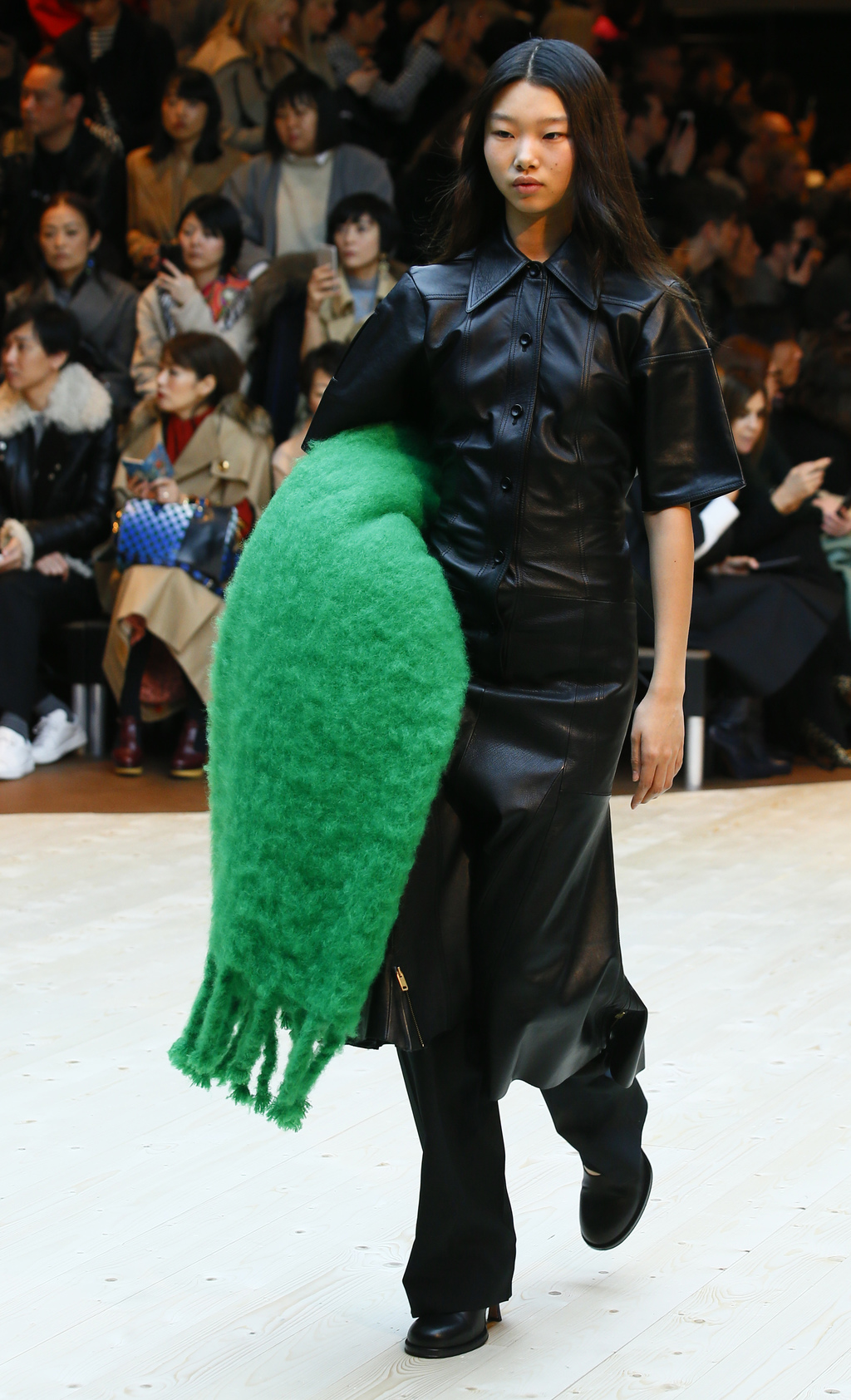 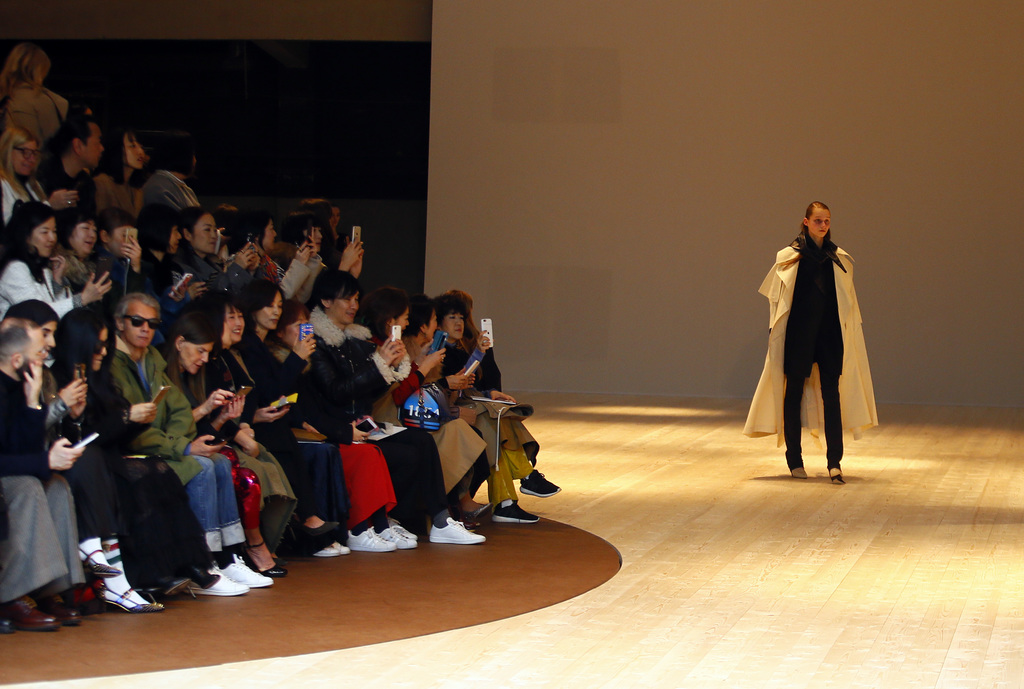 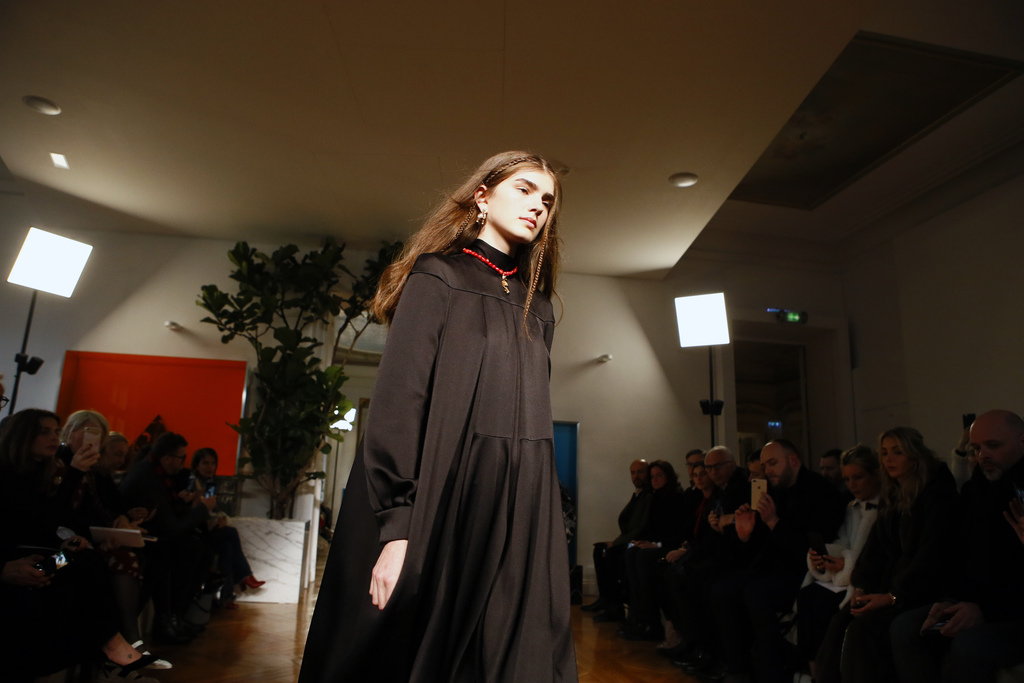 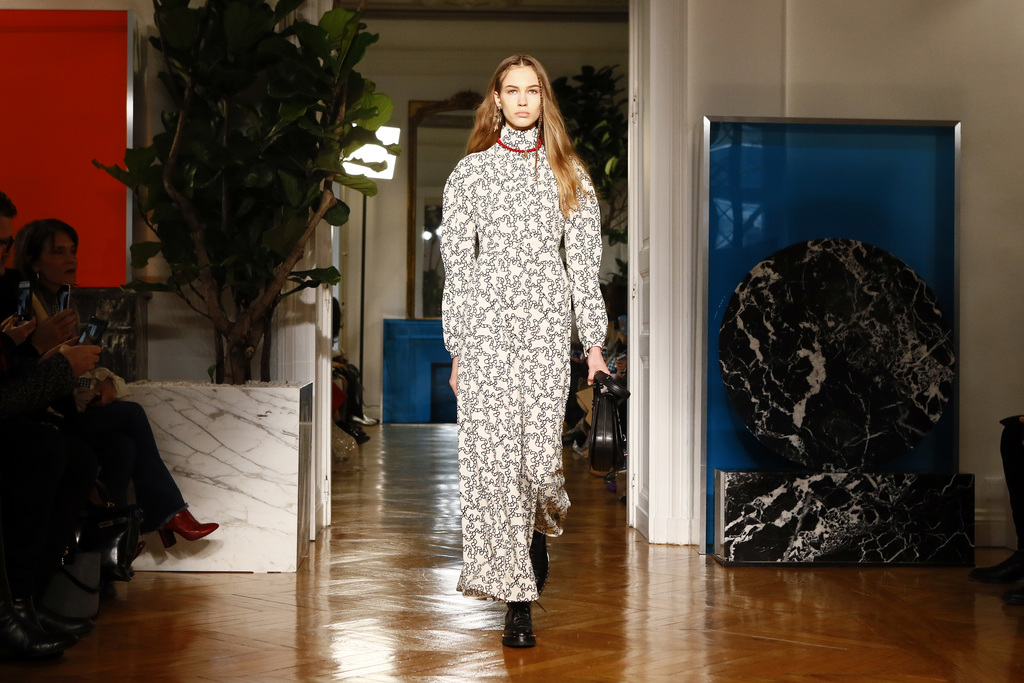 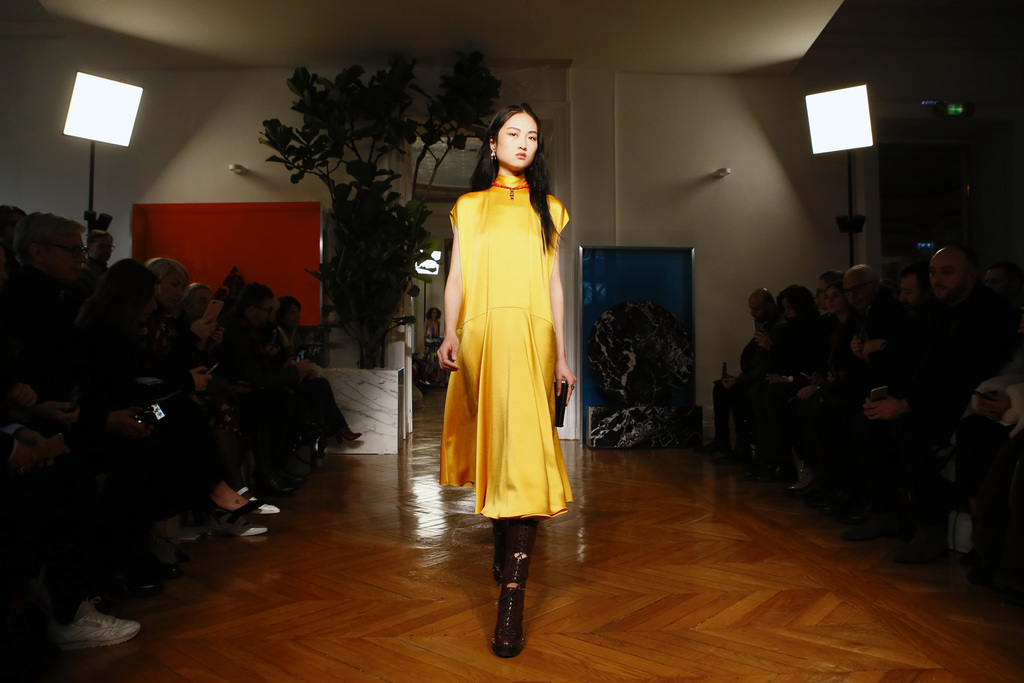 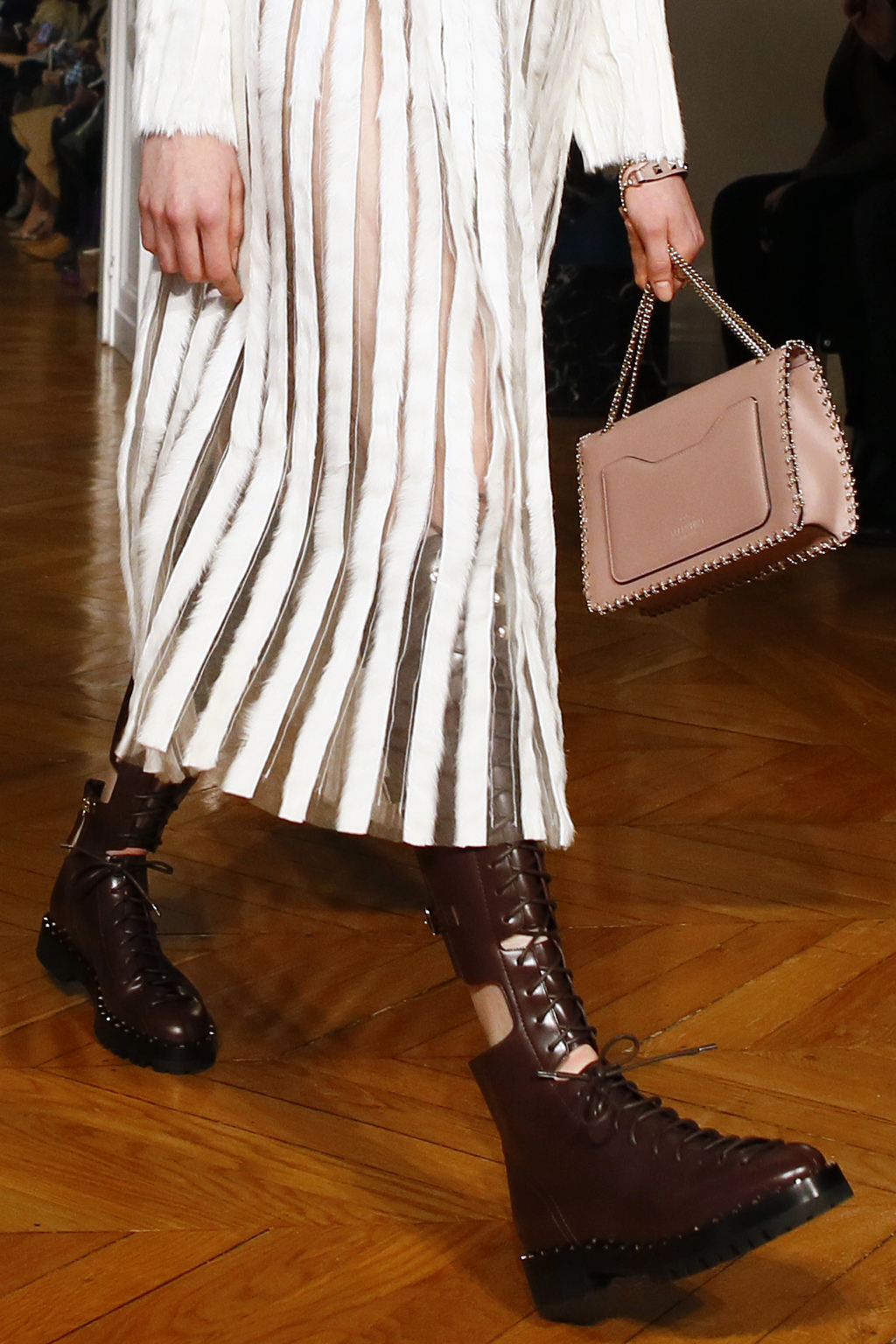 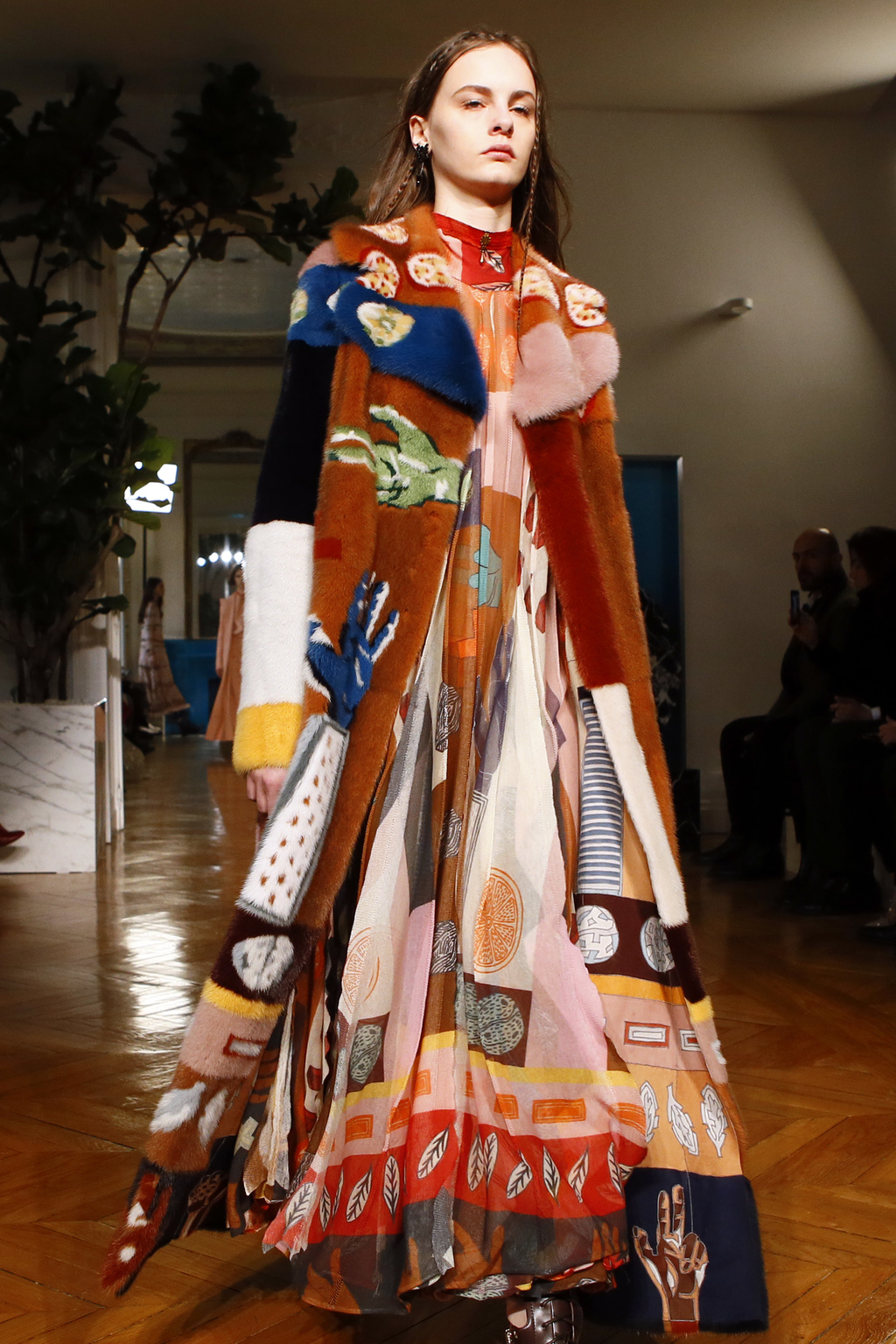 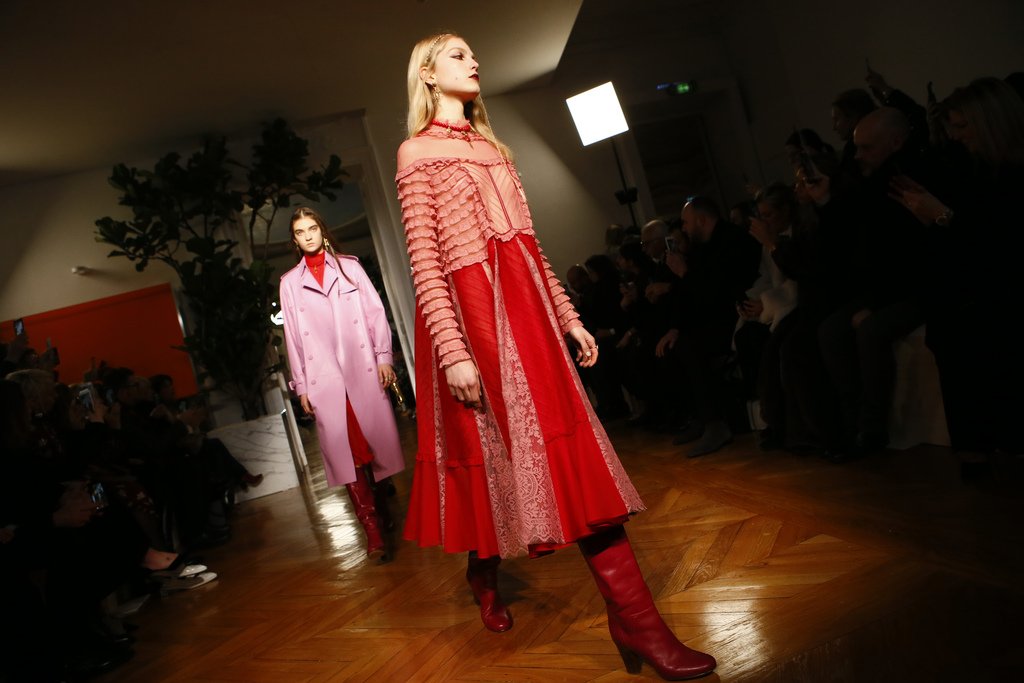 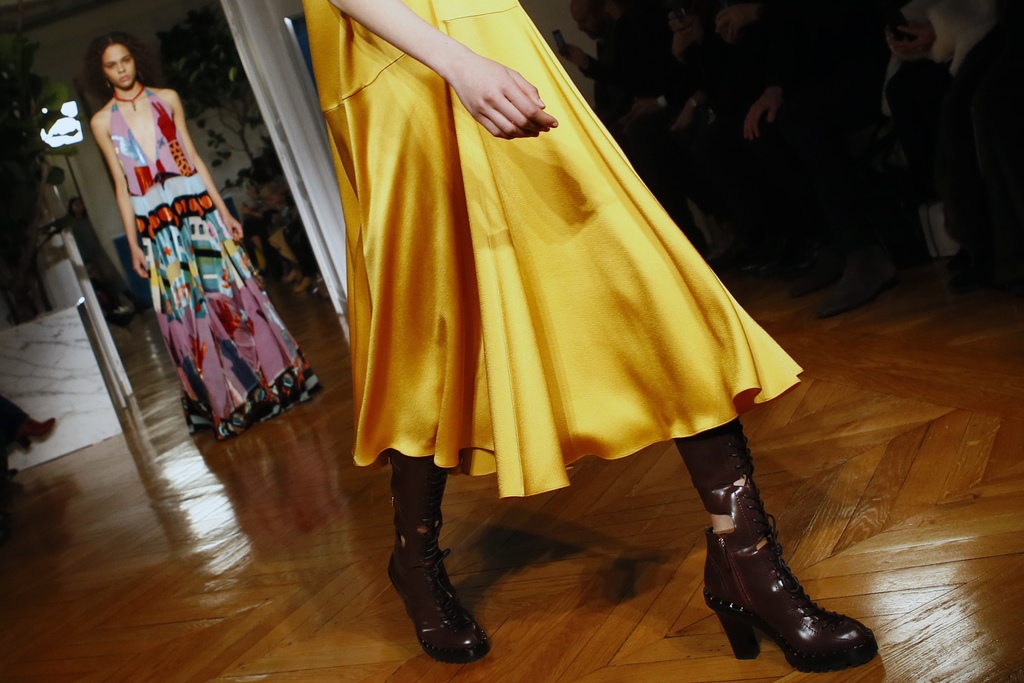 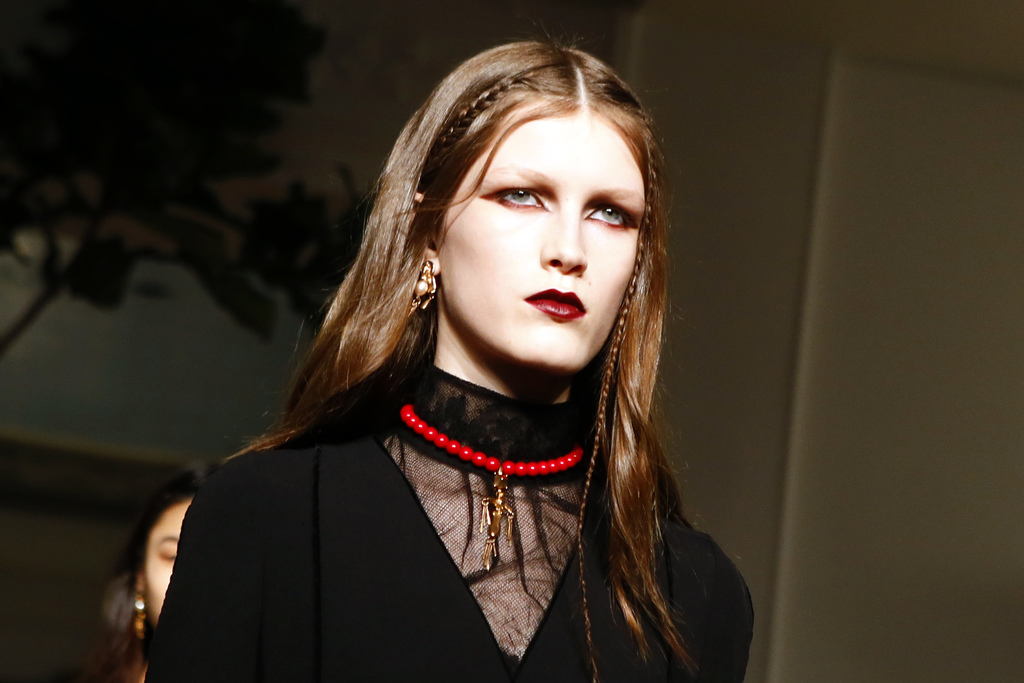 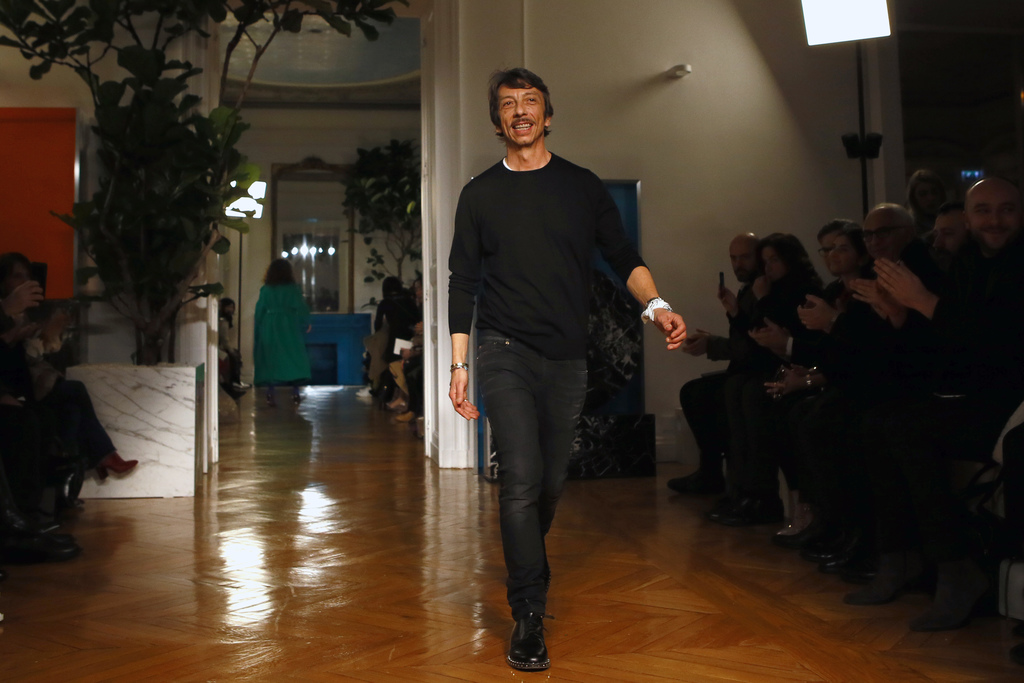 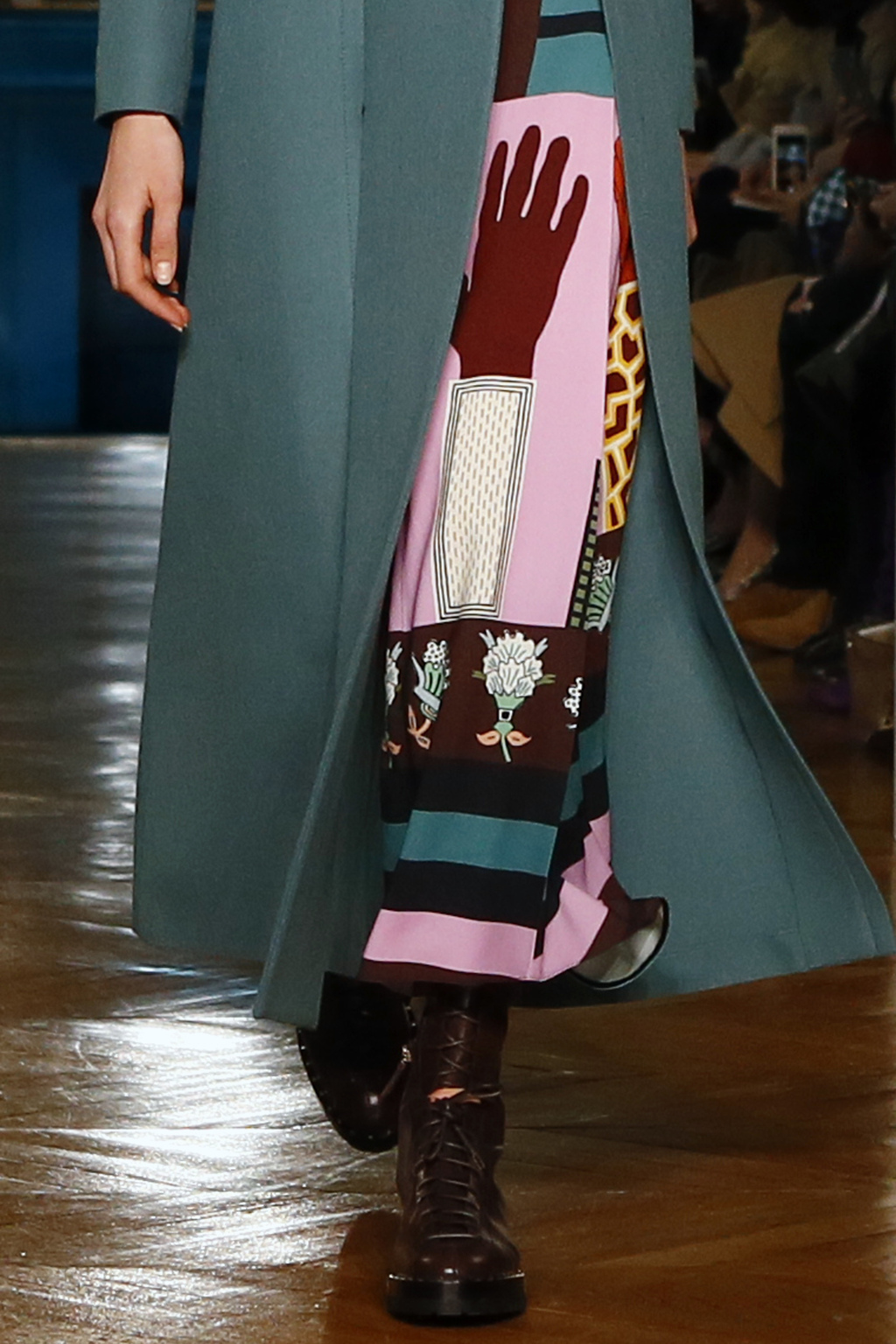 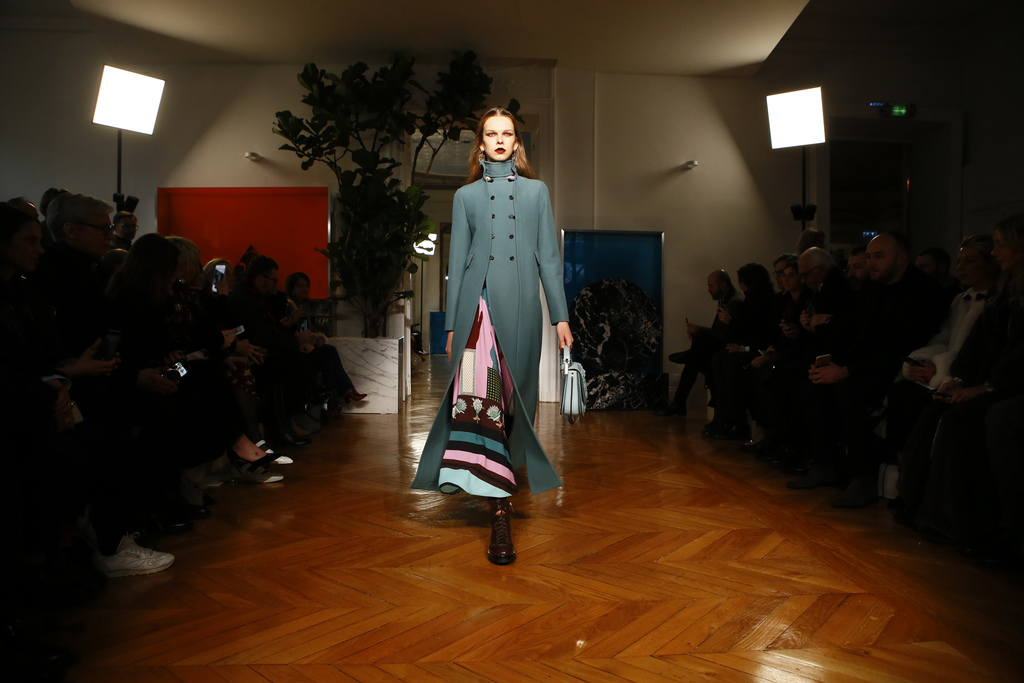 PARIS (AP) — It's no secret that politics infuses fashion — and some critics are interpreting the current mania for blue at Paris Fashion Week as a statement of "the blues" about the perceived rise of nationalism across Europe and America.

Here are some highlights from Sunday's fall-winter womenswear shows in Paris.

BLUE IS COLOR OF SEASON

While its exact symbolism is up for debate, one thing is certain: blue is the color of the season.

France's culture minister told The AP this week that the Parisian fashion industry — that relies on foreign talent — is under threat owing to the rise of nationalism.

A host of designers have all used the symbolically-charged hue in their fall-winter collections being shown at Paris Fashion Week.

What do you get if you combine Victorian-era styles with those of Italian Postmodern design?

Designer Pierpaolo Piccioli gave us a pretty good idea in his gentle and thoughtful Valentino collection Sunday that took both for inspiration.

His high 19th-century collars fused with the geometry of the Memphis Group, a design and architecture group founded in Milan that created furniture, fabrics and objects in the 1980s. Silhouettes were softly geometric and hung loosely from the shoulder.

An ethnic, multicolored patchwork coat was handled with subtlety — while long, soft pleats gently lined some of the most beautiful gowns seen this season.

But Sunday's romance-inspired fall-winter collection had heads turning for a different reason: Ivan, 9, whose feet didn't touch the floor as he sat front row at Valentino's show in the gilded salon of the Hotel Salomon de Rothschild in Paris.

He didn't let his age or the famous attendees — actresses Kate Mara, Kristin Scott Thomas and model Natalia Vodianova — intimidate him, and snapped studiously as the collection went by.

"I'm Ivan. I'm nine. I designed the capsule collection for my mom who's a designer, Natasha Zinko," he told The Associated Press, before defending his choice to wear shades on a drizzly day. "It was sunny when I came here."

He added he's been following fashion "nearly a year maybe," and has enjoyed attending collections by Dior and Haider Ackermann.

His mother said she brought him because she couldn't find a nanny.

"He was (at shows) last year a few times, but this time there was no one to stay at home with him, so I brought him with me," Zinko said. "He's enjoying the weekend in Paris. And, now he's going back to London to school."

HONEY, I SHRUNK THE CELINE MODELS

Designer Phoebe Philo seemed to shrink the models in her inventive, proportion-play of a Celine show.

One of the best looks in navy, with this Napoleon-era silhouette, was given a beautiful contemporary twist with exaggeratedly wide, long flappy shirt cuffs.

The collection was intellectual yet highly wearable.

It was the Wild West — but not as we know it.

The lauded designer tamed the styles of the American cowgirl for the chic Parisian audience with a beautifully soft color palette, with lashings of pink and peach. Skirts and coats with hip cutouts evoked cowboy chaps.