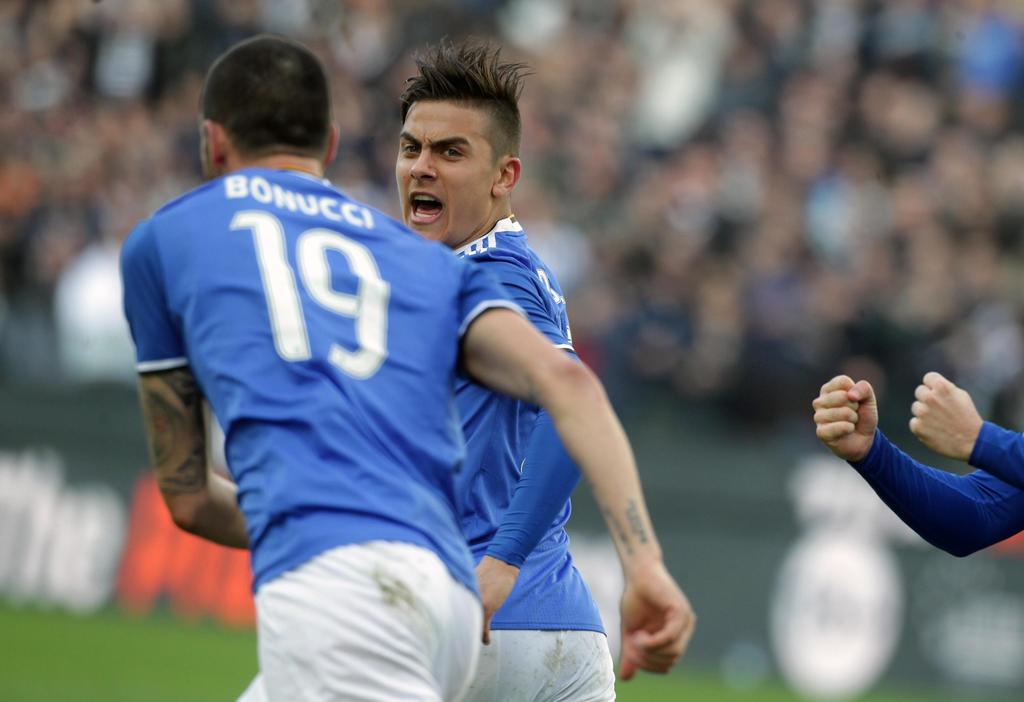 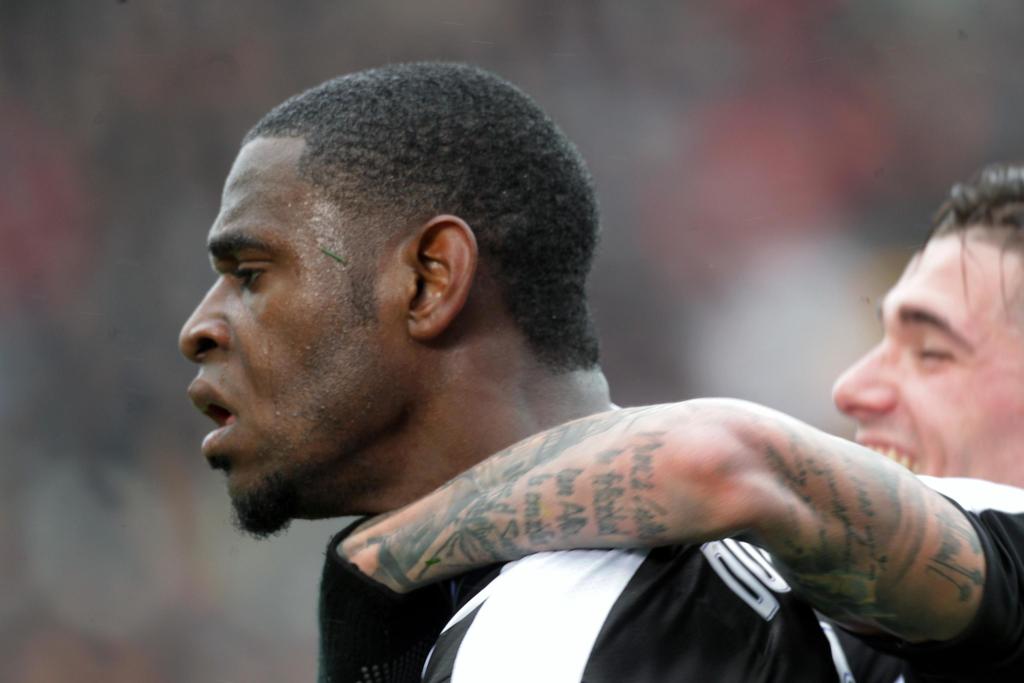 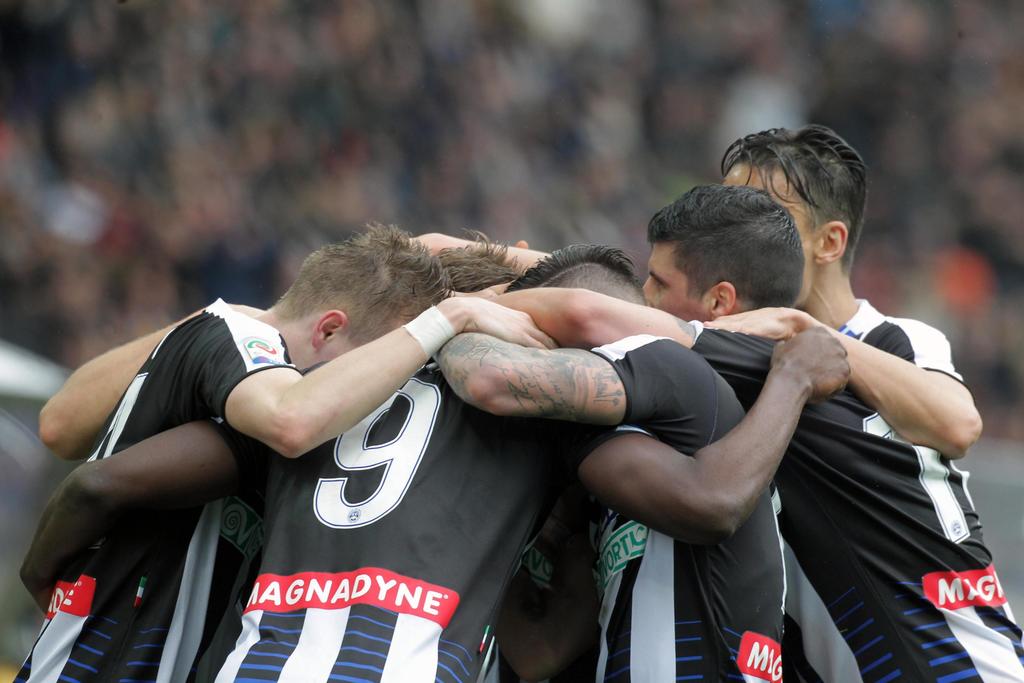 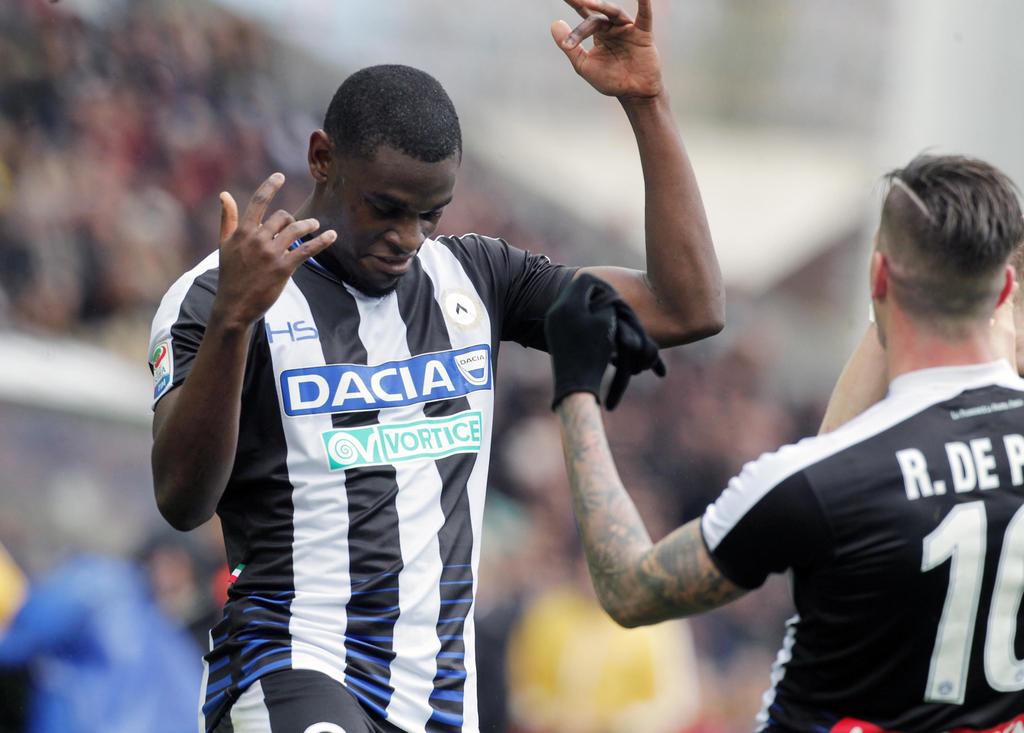 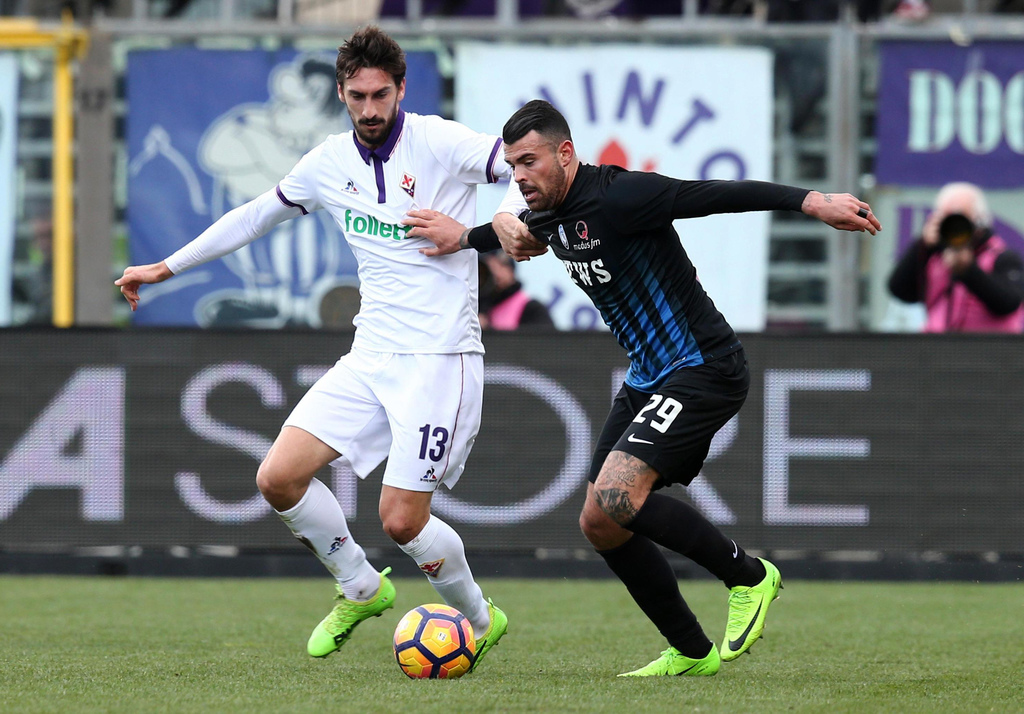 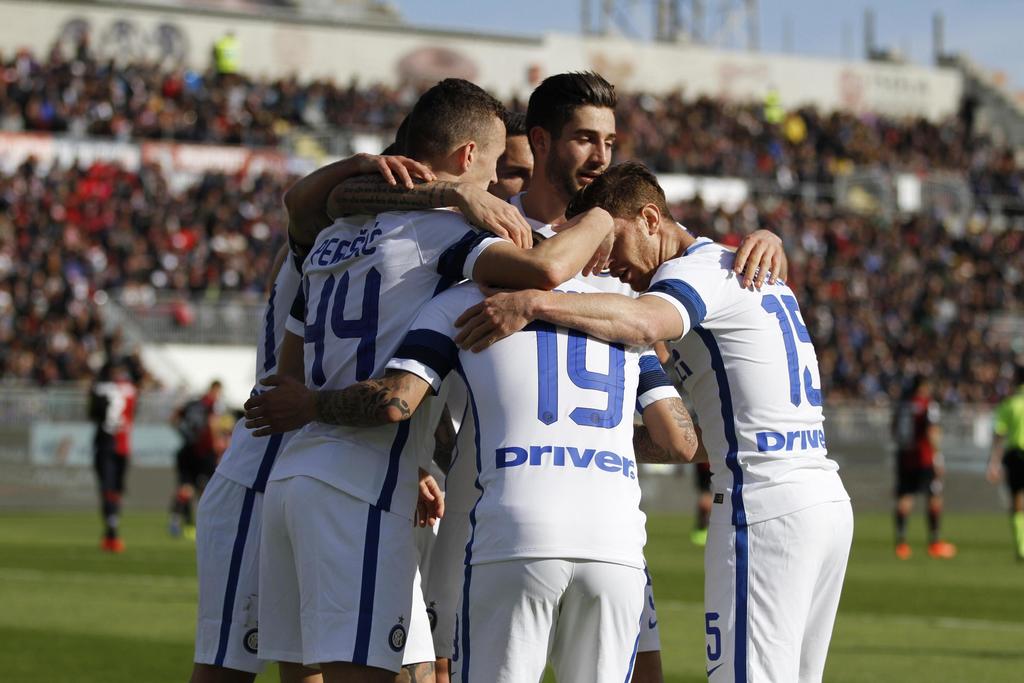 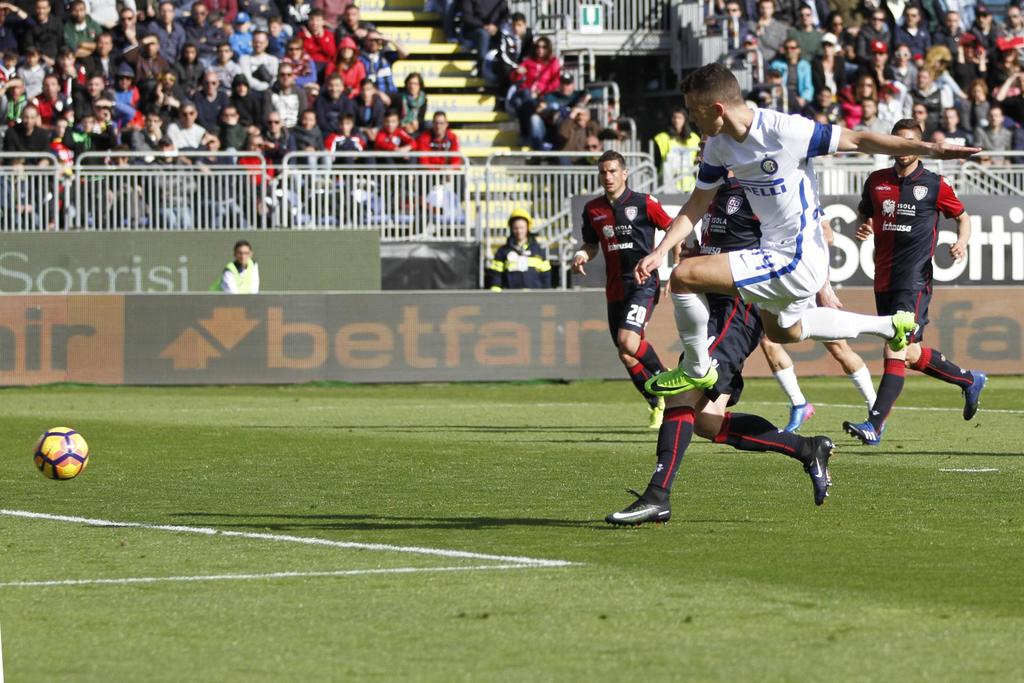 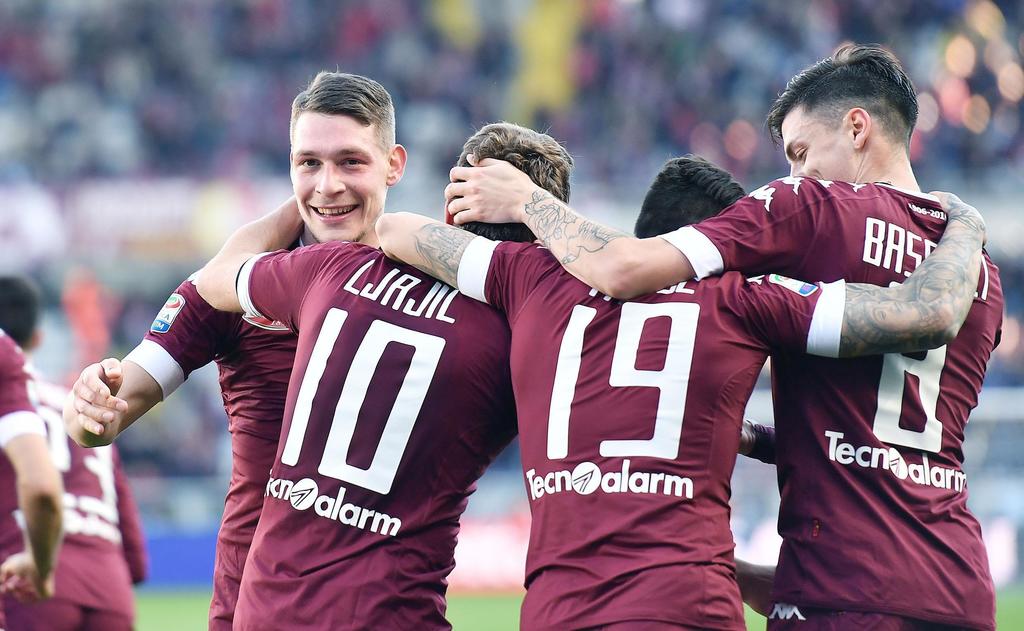 MILAN (AP) — There is still a glimmer of hope for Roma and Napoli.

Juventus was prevented from going 10 points clear in Serie A as a lethargic performance saw it held 1-1 at Udinese on Sunday. It was Juve's first draw in the league this season.

Leonardo Bonucci was both hero and villain as he was outmuscled for Duvan Zapata's opener but leveled on the hour.

Juventus moved eight points clear of Roma and 10 ahead of Napoli. There are 11 rounds remaining.

After Napoli won 2-1 at Roma on Saturday, Juventus knew it could take a decisive step toward an unprecedented sixth successive title.

Udinese had picked up only one point from its previous four matches, scoring just one goal. But it took the lead eight minutes from halftime as Zapata held off Bonucci and beat Gianluigi Buffon at the near post.

Udinese coach Luigi Delneri was dismissed immediately after for dissent.

The home side almost restored its lead two minutes later but Danilo's header came off the base of the left post, although it looked as if Buffon had it covered.

Atalanta failed to keep up the pressure in the race for a Champions League spot as it was kept at bay by Fiorentina goalkeeper Ciprian Tatarusanu.

Gian Piero Gasperini's side had emerged as surprise contenders for a top-three finish after beating Napoli last weekend but it slipped four points below the Champions League qualifying spots.

Atalanta laid seige to the goal but could not find a way through due to a combination of wayward finishing and fantastic saves by Tatarusanu. He also somehow managed to claw Andrea Petagna's effort off the line and out off the upright late on.

Lazio can move a point above Atalanta with a win at Bologna later.

Ever Banega made the most of a rare start as he scored one and set up another to help Inter Milan comfortably beat Cagliari and remain six points behind Napoli.

Cagliari gave Inter Milan an early scare as Joao Pedro lobbed Samir Handanovic and Gary Medel had to acrobatically clear off the line.

Inter broke the deadlock in the 36th when Ivan Perisic controlled Banega's chipped pass with his right foot and hit it past Gabriel with his left.

Cagliari got back into it shortly after. Handanovic did well to keep out David Di Gennaro's free kick but the ball was crossed back in for Marco Borriello to head home.

Perisic doubled his tally two minutes after the break following a lovely one-two with Mauro Icardi, who backheeled it for the Croatia forward to curl into the bottom right corner.

Icardi scored his 17th league goal of the season with a penalty in the 67th after he was tripped by Gabriel and Roberto Gagliardino netted his first for Inter two minutes from time.

Andrea Belotti destroyed his old club with a seven-minute hat trick as Torino came from behind to beat Palermo 3-1.

Andrea Rispoli fired Torino in front on the half hour but Belotti headed in the equalizer in the 74th, volleyed in his second two minutes later and completed his hat trick with another header in the 81st.

Palermo forward Norbert Balogh was sent off in the 78th for two yellow cards.

Crotone held Sassuolo to a 0-0 draw.