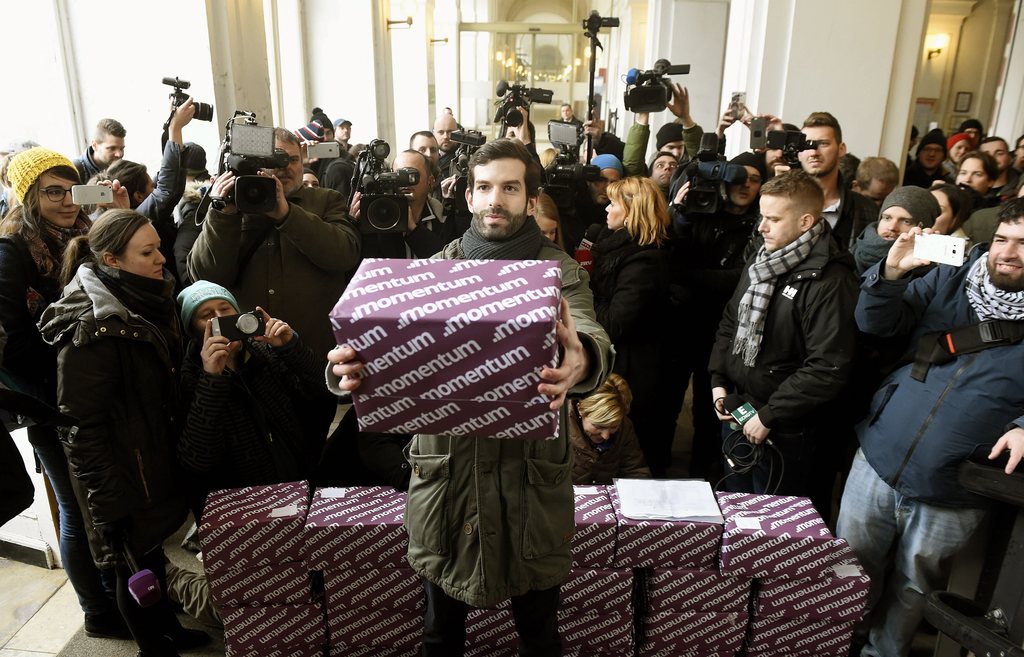 BUDAPEST, Hungary (AP) — The Momentum Movement, a new group in Hungary whose push for a referendum made Budapest withdraw its bid to host the 2024 Olympic Games, says it has become a political party.

Led by 28-year-old Andras Fekete-Gyor, the party said Sunday that it rejects the left-right political divide and seeks to replace ideologies with "value-based politics." Though based in Budapest, Momentum plans to have candidates in all districts across the country in the 2018 parliamentary elections.

In February, the group, helped by some of the smaller opposition parties, succeeded in gathering over 266,000 signatures calling for a city-wide plebiscite on the Olympic bid. Prime Minister Viktor Orban's government, along with Budapest's mayor and the Hungarian Olympic Committee, decided to withdraw the candidacy, citing a loss of national consensus on the issue.