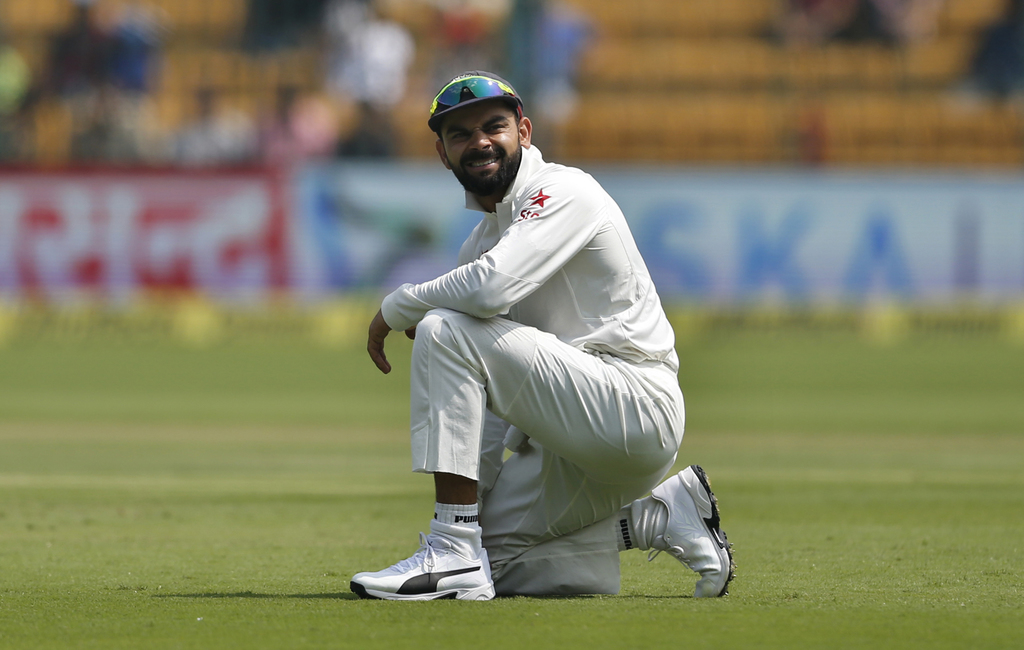 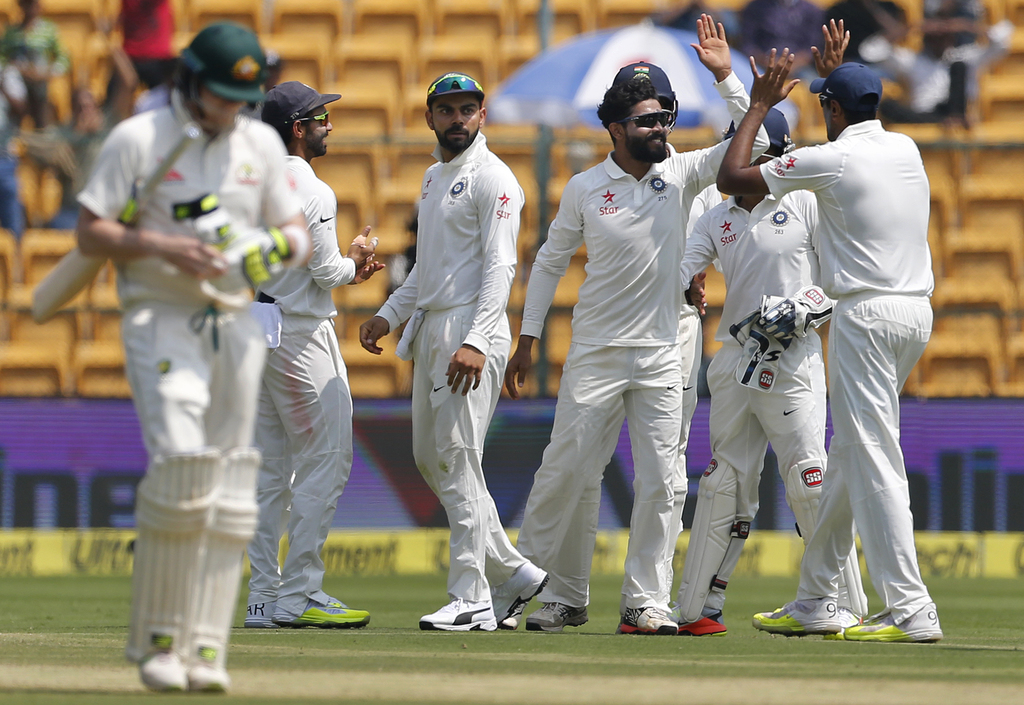 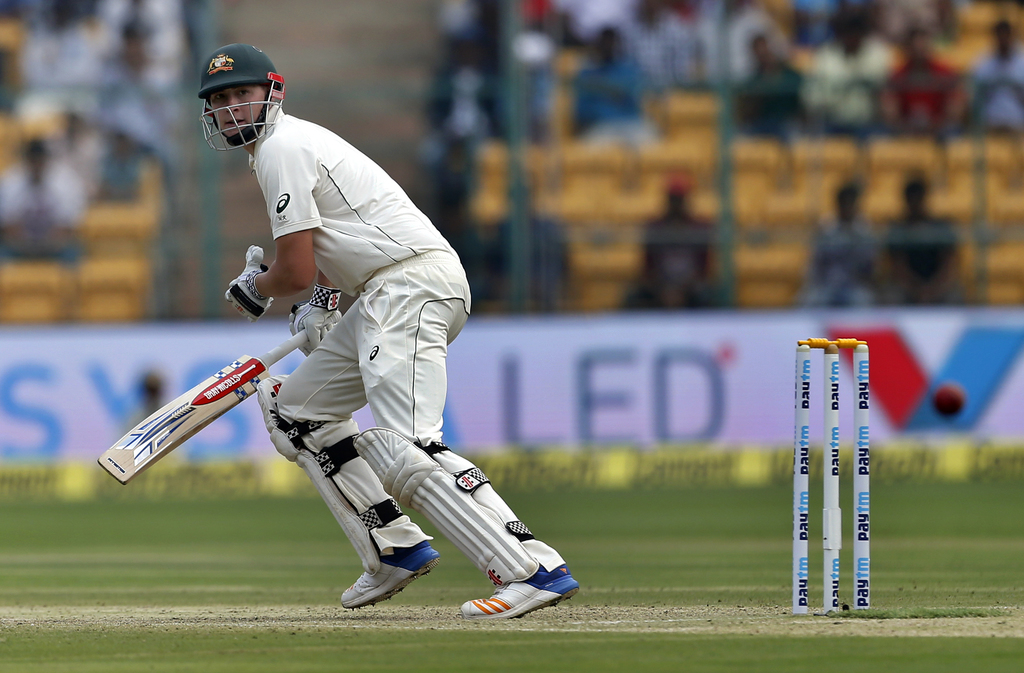 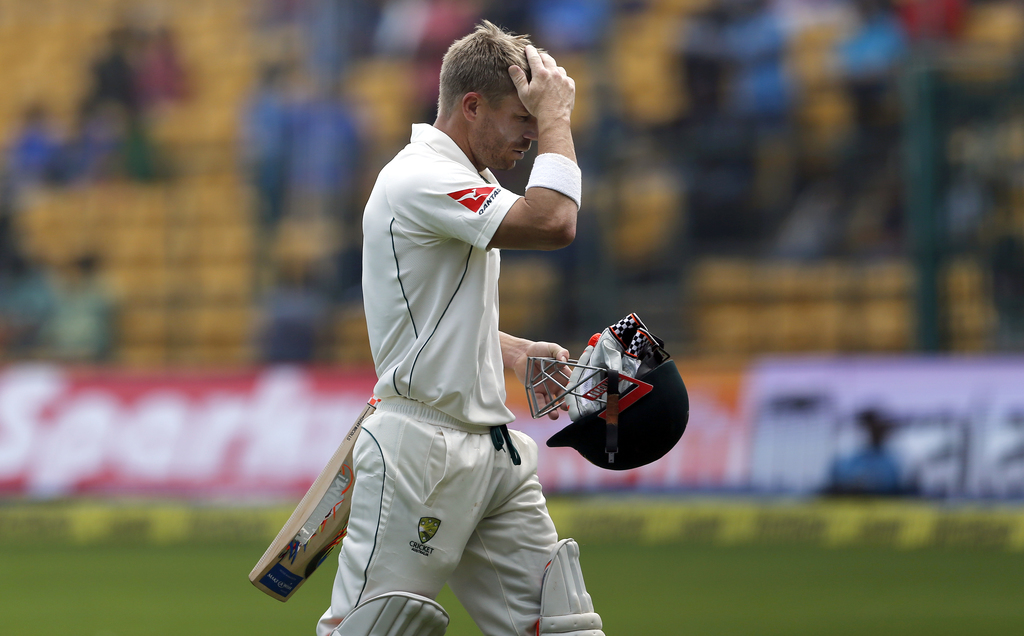 BANGALORE, India (AP) — Spinners Ravichandran Ashwin and Ravindra Jadeja took a wicket each as India dominated an intense opening session on day two of the second cricket test, conceding just 47 runs in 29 overs as Australia reached the lunch interval at 87-2 on Sunday.

Opener Matt Renshaw was unbeaten on 40 from 144 deliveries in partnerships of 52 with David Warner (33) and 30 with skipper Steve Smith (8).

The Australians resumed at 40 without loss and on a high after bowling India out for 189 despite losing the toss at Bangalore and coming off a comprehensive 333-run win in the first test at Pune.

But India rallied, applying sustained pressure as pacemen Ishant Sharma and Umesh Yadav bowled a tight line from one end, constantly beating the edge, and the spinners caused trouble from all batsmen from the other.

Ashwin took the first Australian wicket in the fifth over, bowling Warner with a ball that turned out of the rough outside the left-hander's leg stump and beat the bat. Warner, who survived a dropped catch late on day one, added just 10 to his overnight score.

There was plenty of banter between opposing captains Smith and Virat Kohli as tension rose, particularly in the early overs from Ishant.

Smith had a reprieve on four, when India reviewed a not-out decision on an lbw to Ashwin in the 30th over. Replays showed the ball was high on Smith's front pad and may have been going down leg, not enough to overturn the decision.

While Ishant was able to get some some bounce and carry, Yadav was skidding the ball through in his spell as the supply of runs faded.

Yadav got an edge from Renshaw when the 20-year-old opener was on 29, but it landed just in front of Kohli at second slip when the Australians were 72-1.

Jadeja (1-11) entered the attack after Ashwin's (1-22) unchanged 10-over spell and got a vital breakthrough when he dismissed Smith late in the session.

Smith, who scored a century in the first test to help Australia toward victory, batted stoically for 52 balls but had to go when he get an inside off Jadeja that richotted off his pad and looped a catch up for the wicketkeeper.

Shaun Marsh faced 10 balls and was unbeaten on 2 at the interval.