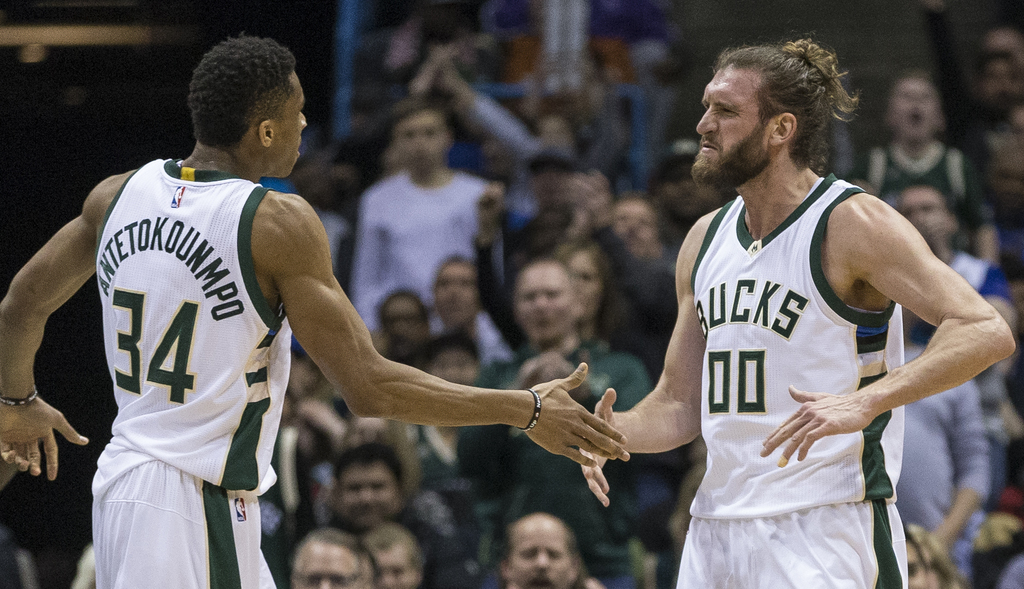 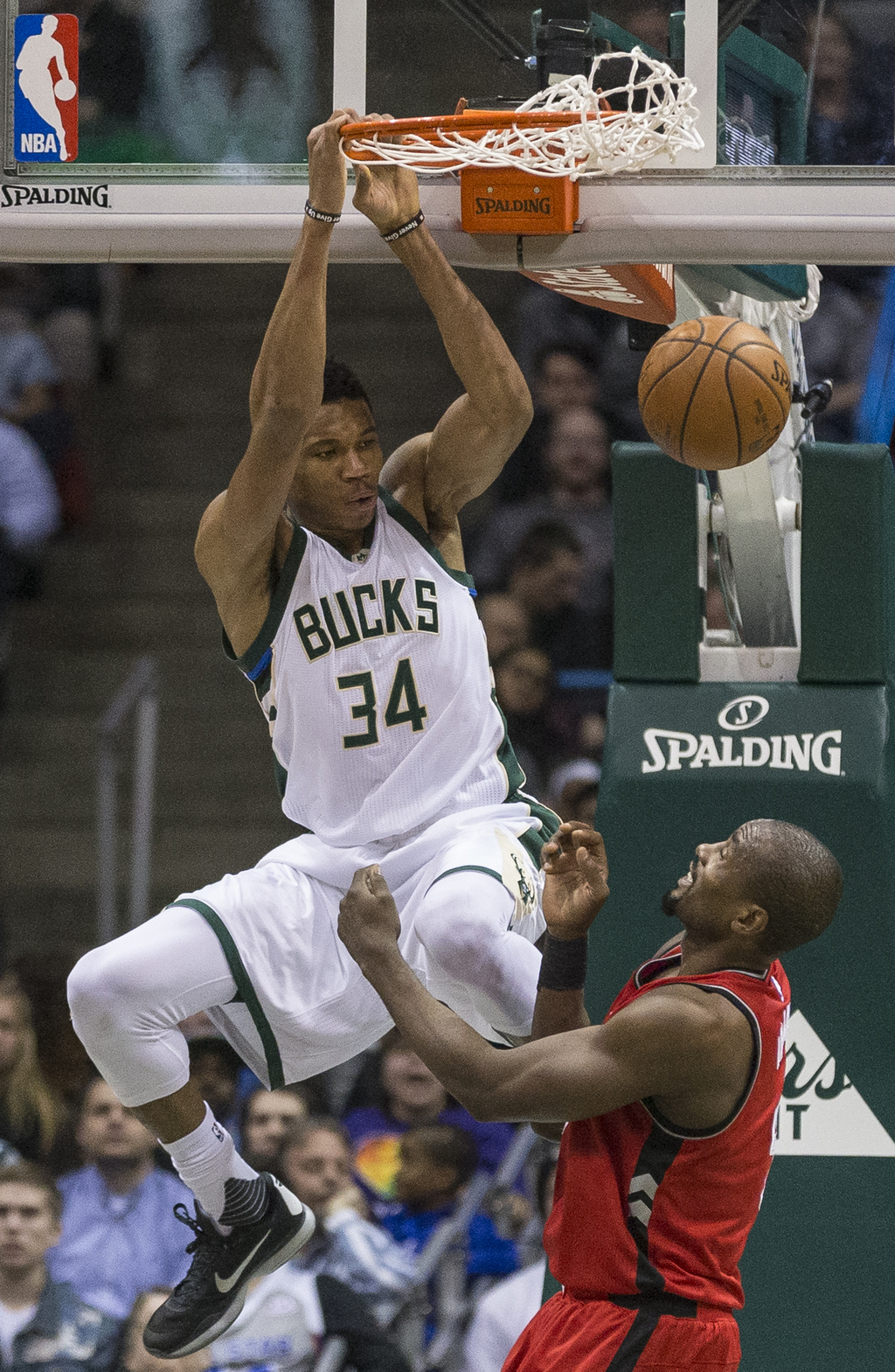 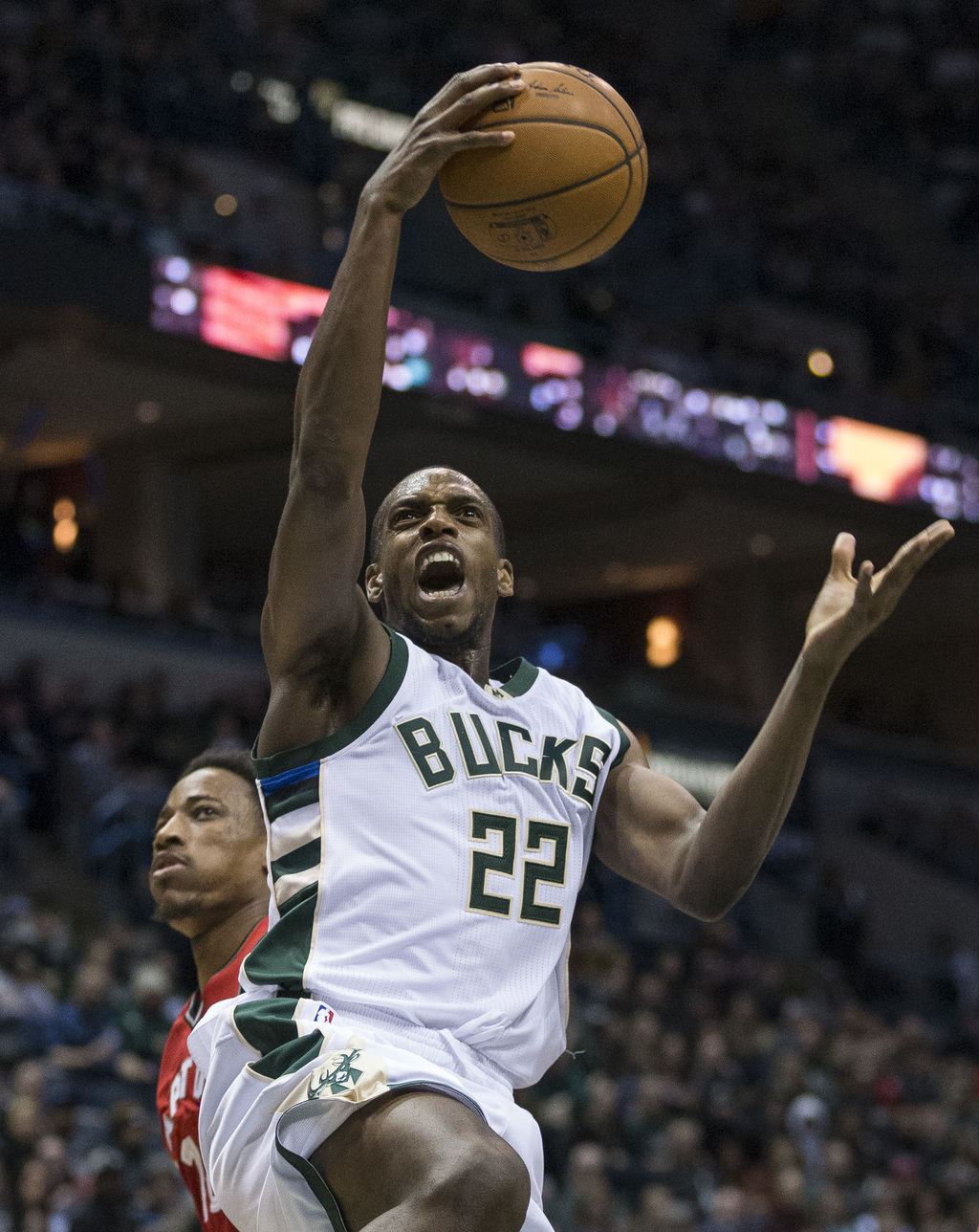 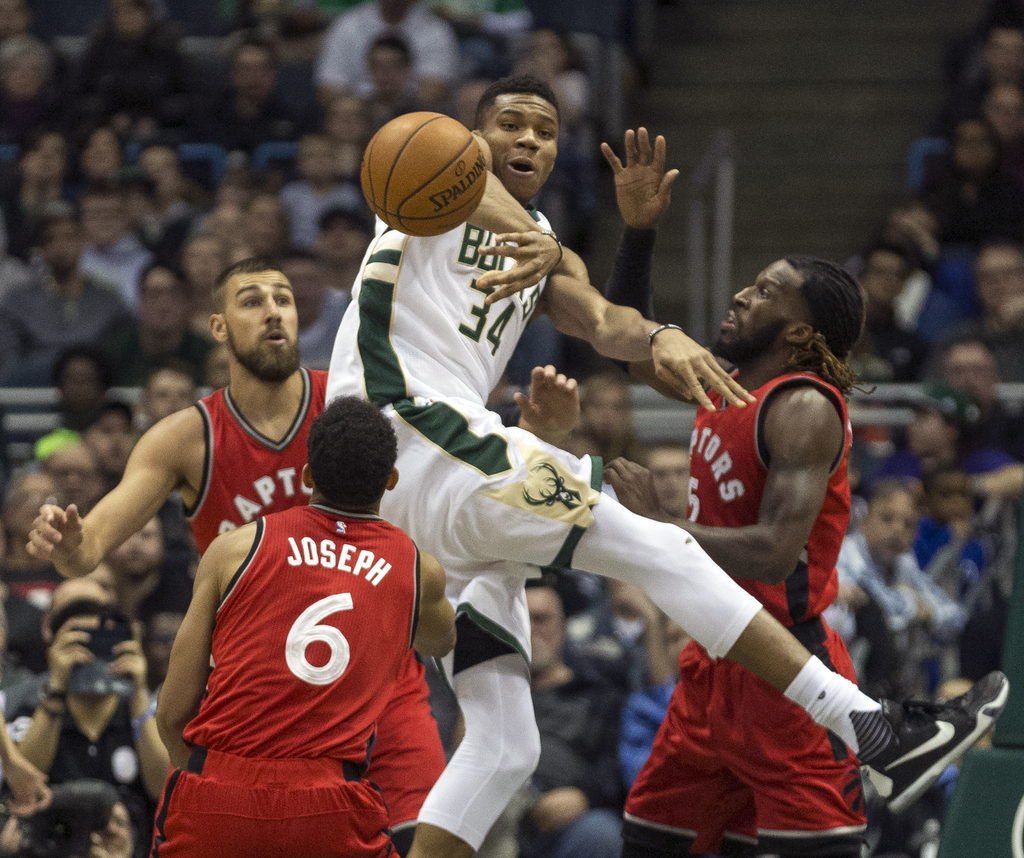 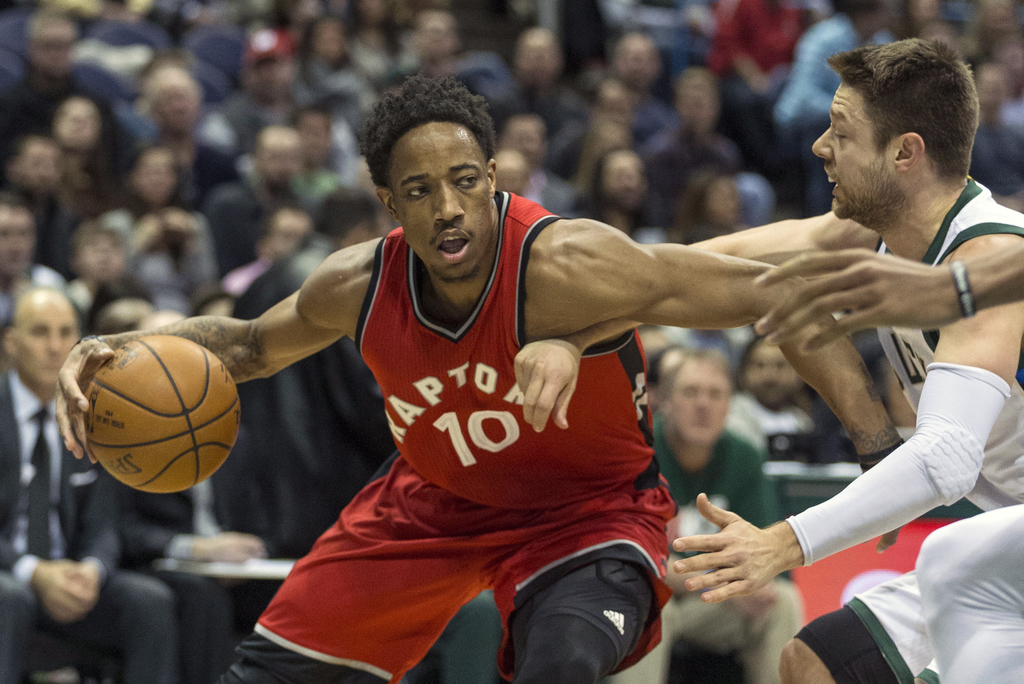 Malcolm Brogdon had 17 and Spencer Hawes finished with 16 off the bench for Milwaukee, which halted a seven-game losing streak to Toronto.

Serge Ibaka had 19 points and Cory Joseph 14 for Toronto.

The Bucks entered the fourth quarter with a 13-point lead but the Raptors got within four about halfway through the period. Back-to-back baskets by Antetokounmpo put Milwaukee back in control and the Raptors got no closer than seven points the rest of the way.

After ice-cold shooting in the first quarter, the Bucks scored 41 points in the second to grab a 53-42 lead at the half. Hawes had 14 points in the period.

Toronto led 19-12 after the first quarter, with Milwaukee making just four of 22 shots (18 percent). It marked the Bucks' lowest first-quarter point total of the season. Milwaukee scored just 15 in the opening period on Wednesday against Denver.

Raptors: DeMarre Carroll left the game in the third quarter with an apparent leg injury. . DeMar DeRozan, who scored 32 points in Friday night's win over Washington, didn't attempt a shot from the field and was held scoreless in the first quarter. He finished with 11 points, well off his season average of 27.9. . Ibaka and Milwaukee's Greg Monroe were whistled for a double technical foul with about 2 minutes left in the game.

Bucks: Milwaukee connected on just two of its first 18 shots and missed its first eight shots from 3-point range, including two airballs. . F Terrence Jones signed for the remainder of the season. New Orleans waived Jones on Feb. 23 after acquiring All-Star center DeMarcus Cousins. Jones averaged 11.5 points and 5.9 rebounds with New Orleans. "You look at a very talented young man who can play multiple positions," Bucks coach Jason Kidd said. "We'll spend some time with him (on Sunday) getting him through the system, both offense and defense, and see if we can get him some minutes in Philly (on Monday)." . Middleton played on back-to-back nights for the first time since returning last month from a torn hamstring.

Raptors: Play at New Orleans on Wednesday. The Raptors beat the Pelicans 108-106 in overtime in Toronto in the teams' only other meeting this season.

Bucks: Visit Philadelphia on Monday. The 76ers have won the first two of a four-game season series, including a 114-109 victory in Milwaukee on Jan. 25.