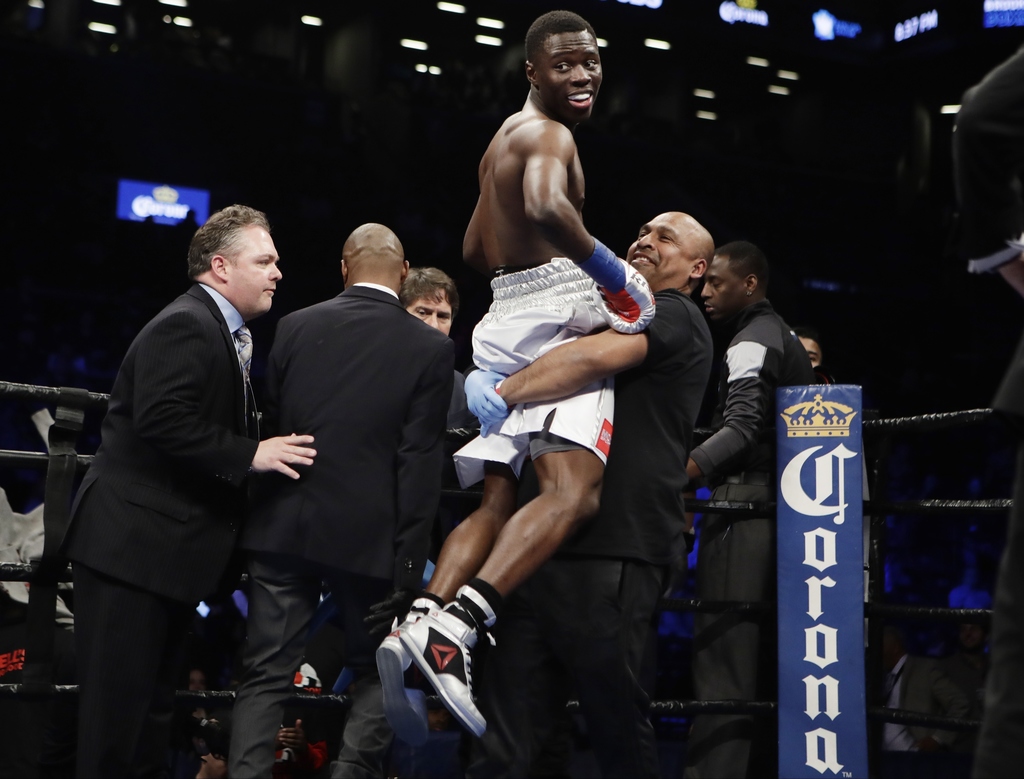 NEW YORK (AP) — This is why they call Erickson Lubin "Hammer Time."

With a massive overhand left, Lubin knocked out Mexico's Jorge Cota at 1:25 of the fourth round Saturday night for his 18th straight victory and 12th knockout.

The super welterweight gave the Barclays Center crowd and national TV audience on CBS a thrill after a relatively dull three rounds. He even squatted in front of Cota seconds before delivering the knockout punch.

Lubin controlled the fight on the undercard of the Keith Thurman-Danny Garcia welterweight title bout from the start. In what was billed as a WBC eliminator, the Orlando, Florida fighter powerfully eliminated Cota (23-2).

Lubin, 21, had promised earlier in the week he'd be a champion by the end of 2017. He certainly is on the right track.

"I kept leading with the jab, throwing the jab; he pulled some big shots," Lubin said. "But then I started pulling tricks on him and I put him down. I knew he was tough in the third, I hurt him in the fourth, and I knew if I stalked him and pulled some tricks, baited him with the overhand left, he would go down."

Former light heavyweight champion Chad Dawson started well against Poland's Andrzej Fonfara, but was tagged and knocked down in the ninth round earlier in the night. Dawson held on for the rest of the round, but a straight right early in the 10th and final round , followed by a flurry against the ropes ended it.

Fonfara, now fighting out of Chicago, improved to 19-4 with his 17th knockout, then climbed the corner of the ropes to pump his arms to his fans. Dawson, now 34-5, sat glumly on his stool, perhaps recognizing his career is at a crossroads at age 34.

"I think I'm leaning towards retirement," Dawson said. "I've had a good career. I have nothing to be ashamed of."

U.S. Olympian Richardson Hitchins of Brooklyn made his pro debut a quick and impressive one. He knocked down Mexico's Mario Perez twice in the first round, needing 1:38 for the victory.