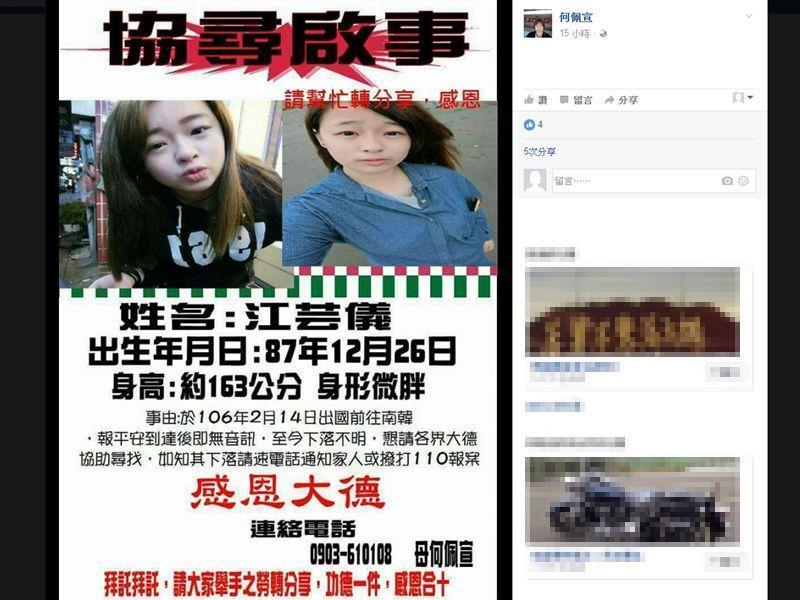 The two women reportedly disappeared in South Korea two weeks ago after one of them told her family that they had left their jobs over the Lunar New Year holiday and planned to spend three months studying in South Korea.

Chiang Yun-yi's mother told media that her daughter called her in mid-February and since then has lost contact with her. The mother said she was worried because her daughter could have been swindled and controlled by a human trafficking ring.

However, the MOFA noted that Korean police had informed Taipei Mission in Korea that the two missing women were arrested on February 14 and 15, and one of them is Chiang.