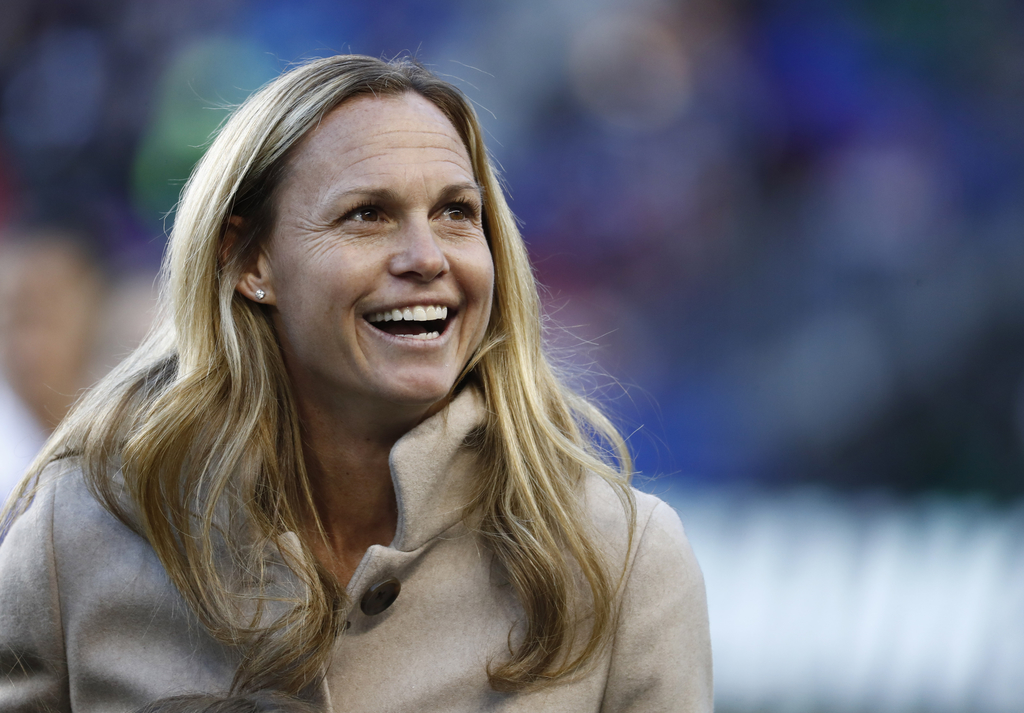 HARRISON, N.J. (AP) — Longtime captain Christie Rampone is walking away from the U.S. national women's soccer team hoping to be remembered as a team player whose fondest memories will be of the players who joined her journey, which lasted almost two decades.

One of the most decorated U.S. players, Rampone was honored in a pre-game ceremony before the United States played England in a round-robin tournament game on Saturday at Red Bull Arena in her native New Jersey.

The 41-year-old Rampone plans to play for Sky Blue FC in the NWSL this season.

Accompanied by her two daughters, she watched a video of her international career (1997-2015) and was presented flowers by former teammate Abby Wambach.

The 41-year-old Point Pleasant native didn't hesitate when asked what she wants people to remember about her.

"I think just putting the team before myself, that consistency of transitioning from a forward to a defender and learning from the best in the world," Rampone said. "Then in the latter part of my years transitioning into being that leader, being the best leader I could be for those girls. I'm kind of handing it off now and still seeing them excel."

Rampone won three Olympic gold medals and two World Cups. Her last real action was in the closing minutes of the championship game of the 2015 World Cup. She then played on a victory tour, with her last match coming against Haiti.

Rampone, who earned 311 caps, the second most in international history behind teammate Kristine Lilly, doesn't have a favorite game or moment.

"For the most part, it's been the locker room with the girls, and going through those good times and bad times, and persevering through those tough games where you don't think you are going to bounce back and you come back," Rampone said during an interview at halftime. "Winning those gold medals and having such meaning behind it. I really loved the journey."

Rampone said the toughest moments were when the team was in a bad place and the transitions through six coaches and the questions those changes caused because of fear of the unknown.

The pre-game ceremony was held with the temperature at 27 degrees. She will not miss playing in cold weather.

"Two weeks ago I was coaching in a tank top and shorts, and now it's freezing out there," she said. "I will not miss those games."