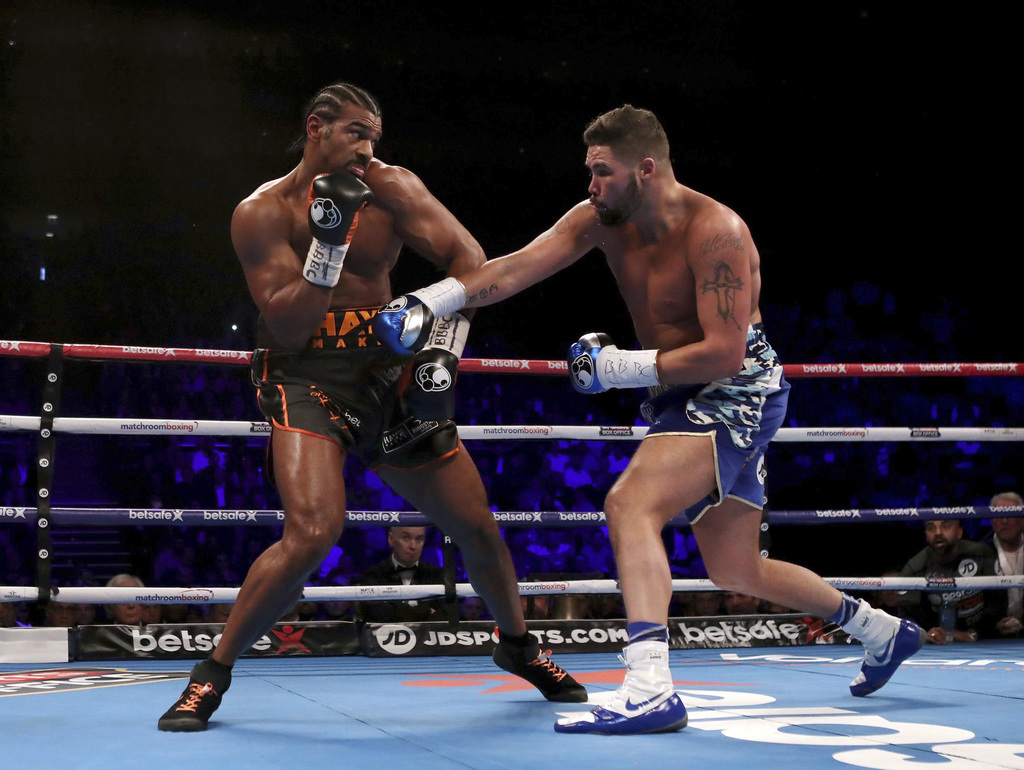 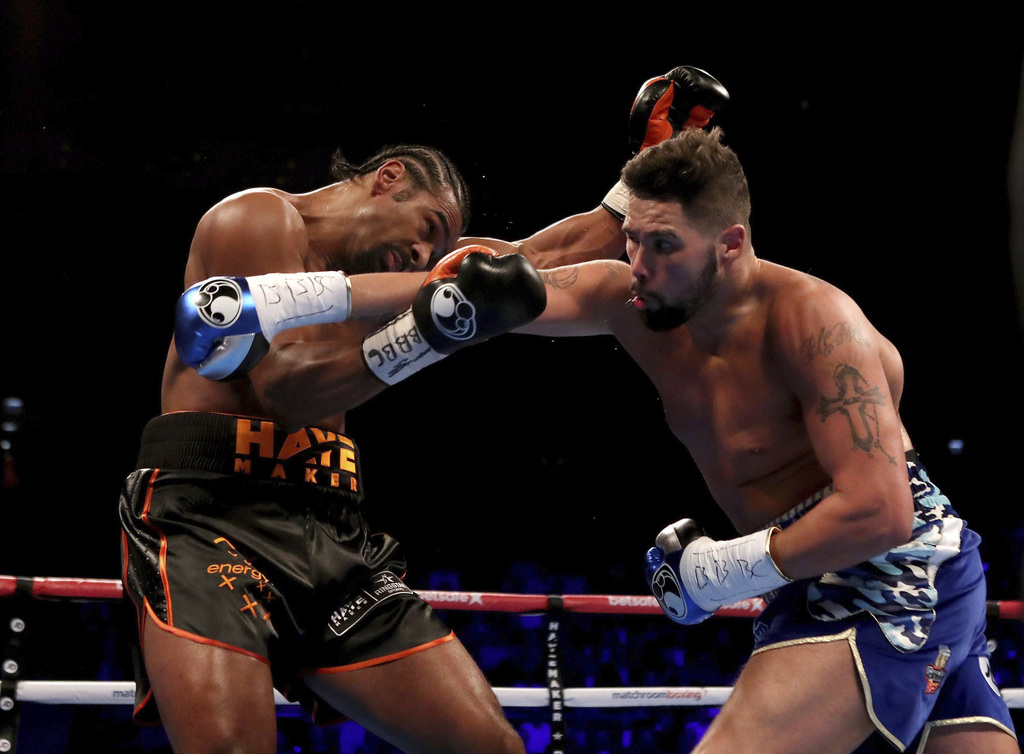 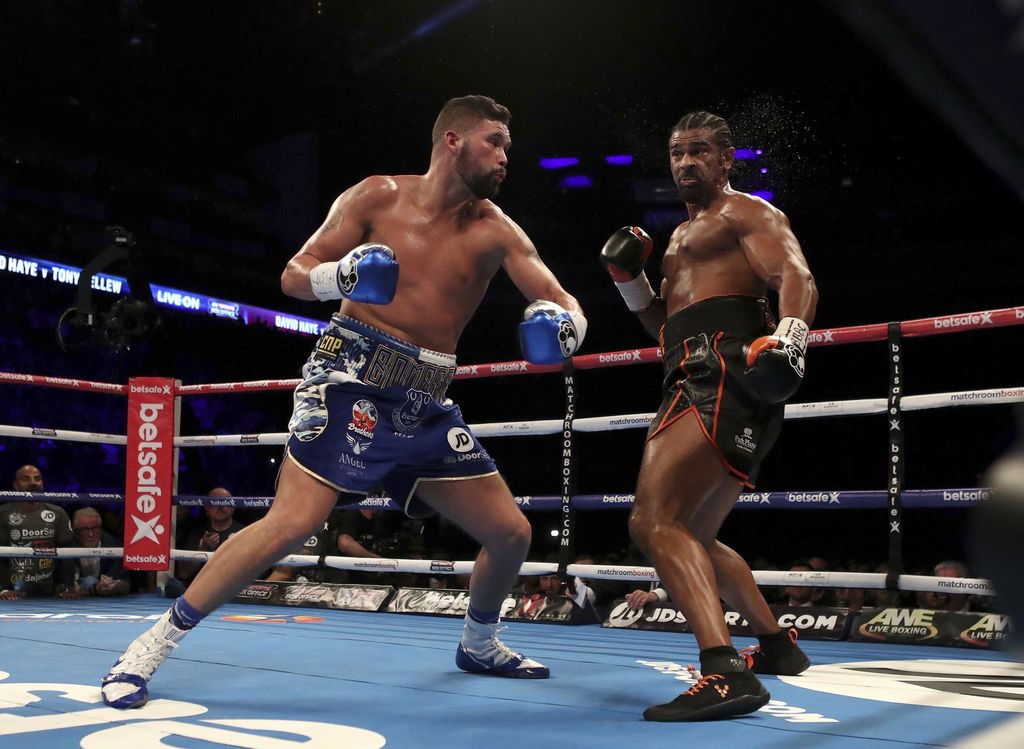 LONDON (AP) — Tony Bellew caused a huge upset by stepping up two weights and stopping an incapacitated David Haye in the 11th round in a gripping, all-British heavyweight grudge fight at the O2 Arena on Saturday.

Haye, on his third fight in his boxing comeback, appeared to injure his right Achilles in the sixth round but fought on courageously despite virtually being a sitting target.

Bellew, the WBC cruiserweight champion, showed patience in picking his moment to finish off Haye and the end came in the close stages of the 11th with a flurry of punches that sent his rival out of the ring. Haye climbed back into the ring, but his corner threw in the towel.

The 36-year-old Haye's career looks in jeopardy after a third loss in his career.

Bellew was giving up 11 pounds and fighting his first professional bout at heavyweight.