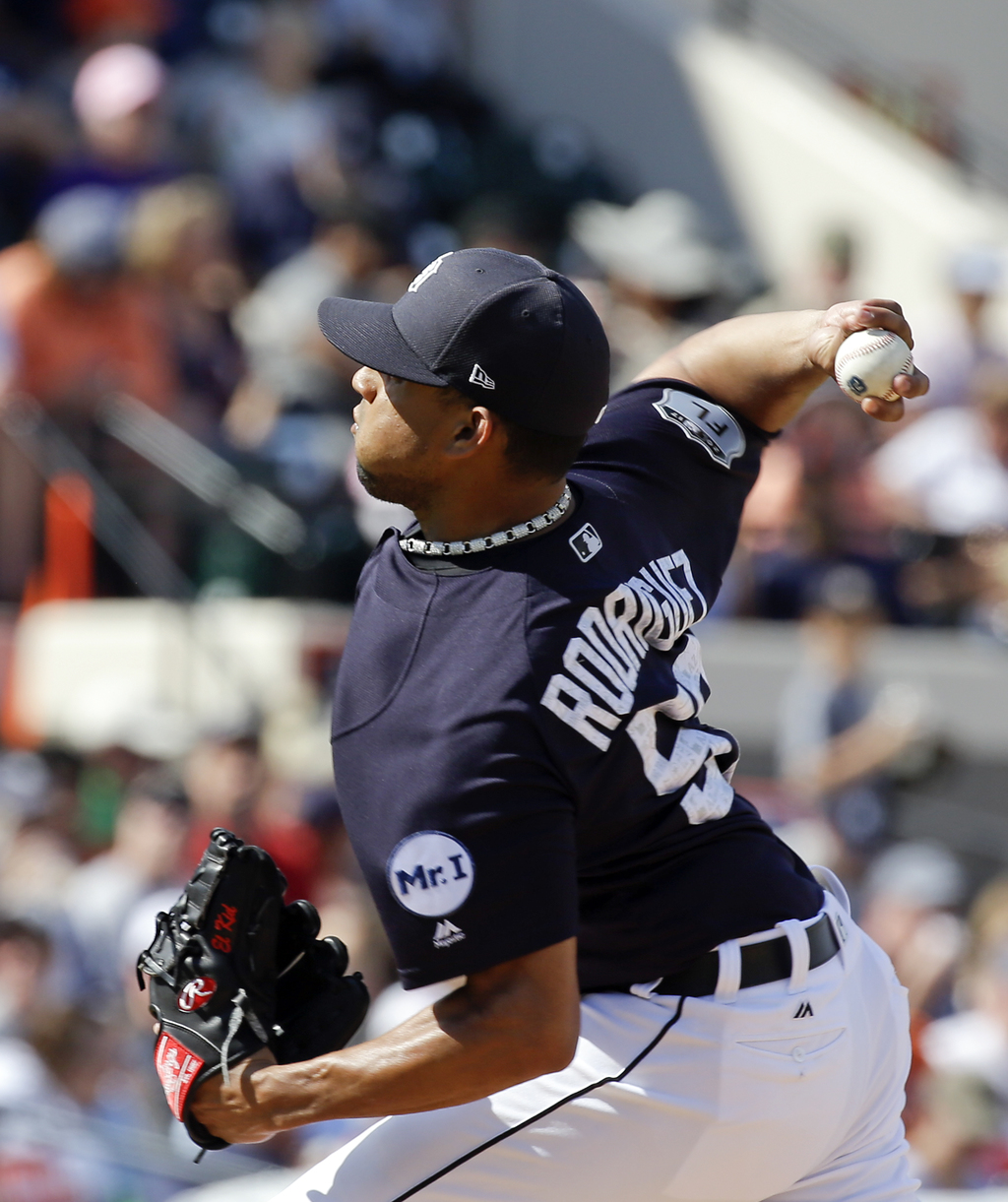 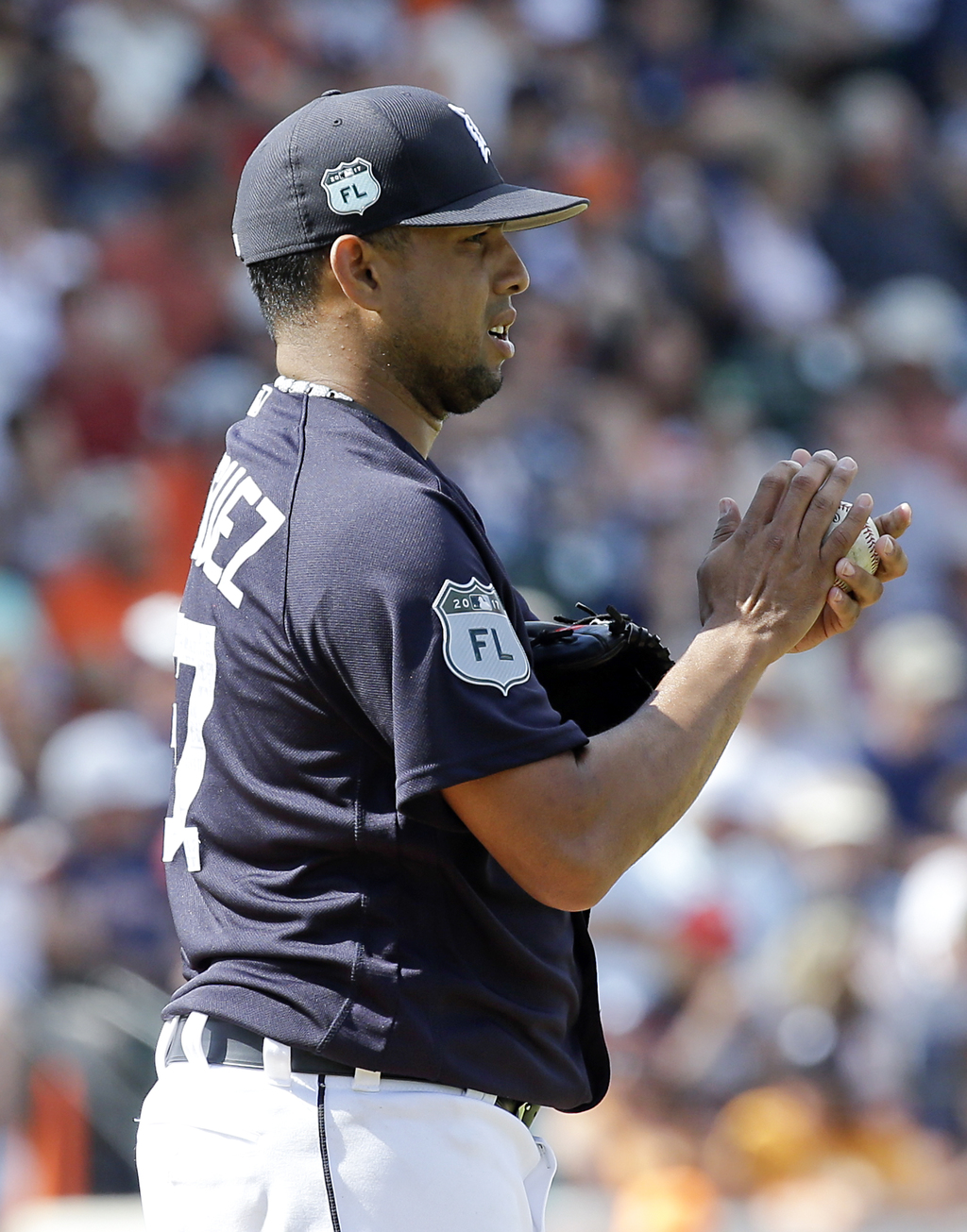 LAKELAND, Fla. (AP) — Detroit Tigers closer Francisco Rodriguez had control trouble Saturday in his only game action before leaving for the World Baseball Classic, walking two in a brief stint.

Rodriguez had been scheduled to take the mound Wednesday, but the outing was pushed back due to hamstring tightness. Instead, he relieved in the fifth inning against the New York Yankees and exited with the bases loaded and two outs.

"Overall, I feel great," Rodriguez said. "My body feels great. Threw the pitches I normally do during the season, which is what I care about."

The right-hander started the inning by getting a flyball from Starlin Castro and striking out Chase Headley on a 3-2 pitch. After walking Ronald Torreyes on a full count and giving up Clint Frazier's single, Rodriguez's day ended when Dustin Fowler drew a walk that loaded the bases.

"Lost my command with the third batter, and after that couldn't put it together," Rodriguez said. "I wanted to throw strikes. I took velocity off to try and locate, and that's when I pretty much lost my command."

All three runners wound up scoring after Jairo Labourt took over. The Yankees won 11-1.

Rodriguez had 44 saves last year in his first season with the Tigers. That was the second-highest total in team history, trailing only Jose Valverde's 49 in 2011.

This was the lone game action with the Tigers for Rodriguez in advance of joining the Venezuelan squad in the World Baseball Classic.

"A little more adrenaline," Rodriguez said of the WBC. "I'm going to let it fly, obviously."

Venezuela has its first game Friday against Puerto Rico in Mexico.

"I don't really worry about K-Rod," Tigers manager Brad Ausmus said. "He's very well versed in preparing for a season. The WBC throws a little bit of a curve to all organizations because they lose players, but quite frankly K-Rod is not a concern. He's a very good self-manager."

Detroit adviser and former manager Jim Leyland is leaving camp Sunday to join Team USA in the WBC. He will manage a squad that includes Tigers 2B Ian Kinsler.

"I love Kinsler, I can tell you that," Leyland said. "I was impressed with him when he was at Texas and he was an opponent. I didn't even know the guy, but I always respected him and I enjoyed managing against him. I enjoyed watching him play as an opposing player and I'm thrilled he's with the Tigers."

The United States opens play Friday against Colombia in Miami.