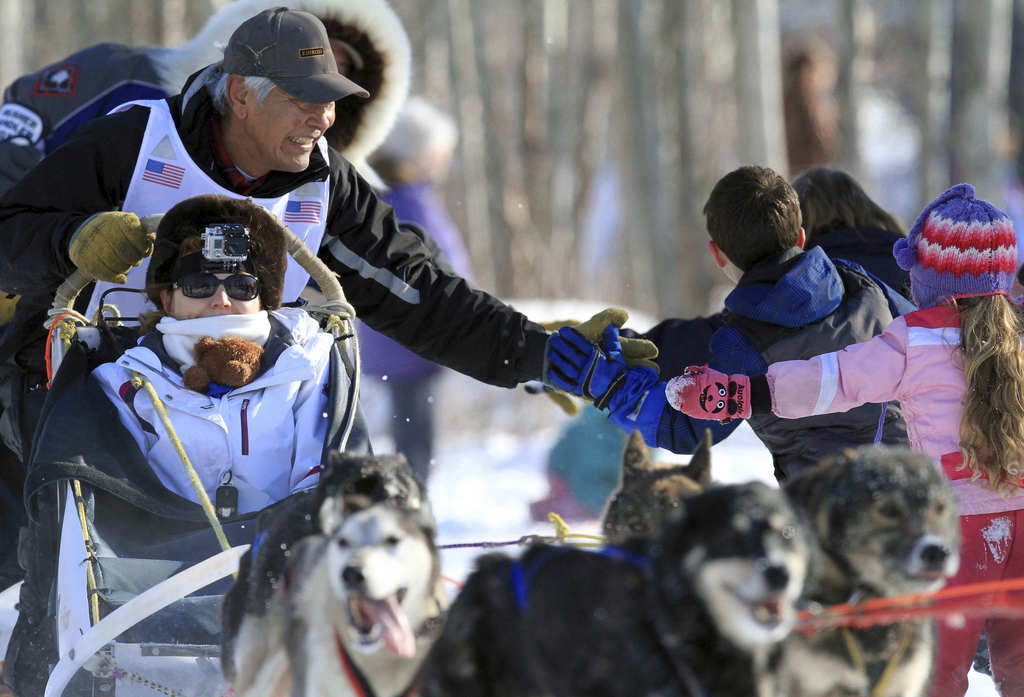 ANCHORAGE, Alaska (AP) — The Latest on the ceremonial start of the Iditarod in Alaska (all times local):

And they're off in Alaska.

The 2017 Iditarod Trail Sled Dog Race had its ceremonial start in a fan-friendly atmosphere Saturday in downtown Anchorage.

The 72 mushers in the race greeted fans, took pictures with them and signed autographs. And many people got to pet the dogs before mushers took off on a slow ride past fans lining city streets and trails.

The event draws people from around the world. Amanda Gourley of Sacramento, California, happened to be in Alaska for business and extended her stay to see the start of the race. She remembers watching the Iditarod on ABC'S "Wide World of Sports" when she was a little girl.

She says the Iditarod is one of those things she's always wanted to see in person, and she loves dogs.

The competitive race starts Monday in Fairbanks, where the field will be chasing Dallas Seavey, the winner of four out of the last five races. He turned 30 on Saturday.

The sound of howling dogs is filling downtown Anchorage as the ceremonial start of the Iditarod Trail Sled Dog Race gets underway Saturday.

About 2,000 dogs belonging to the teams of 72 mushers are waiting their turns to hit the trail for this year's running of the world's most famous sled dog race.

The ceremonial start is a fan-friendly event designed to show off mushing to fans in Alaska's largest city. It will see mushers leave every two minutes in a staggered start along Fourth Avenue. The mushers will run their teams for 11 miles, on city streets and trails lined with fans.

The race turns more serious Monday when the competitive portion of the Iditarod starts in Fairbanks. The winner is expected in Nome about eight days later.