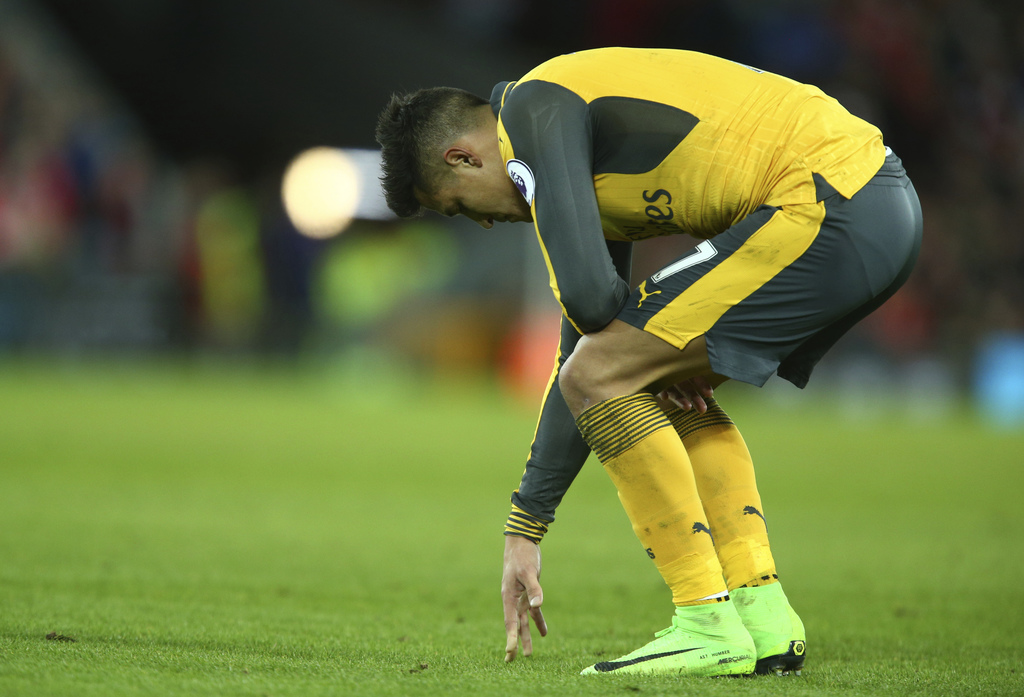 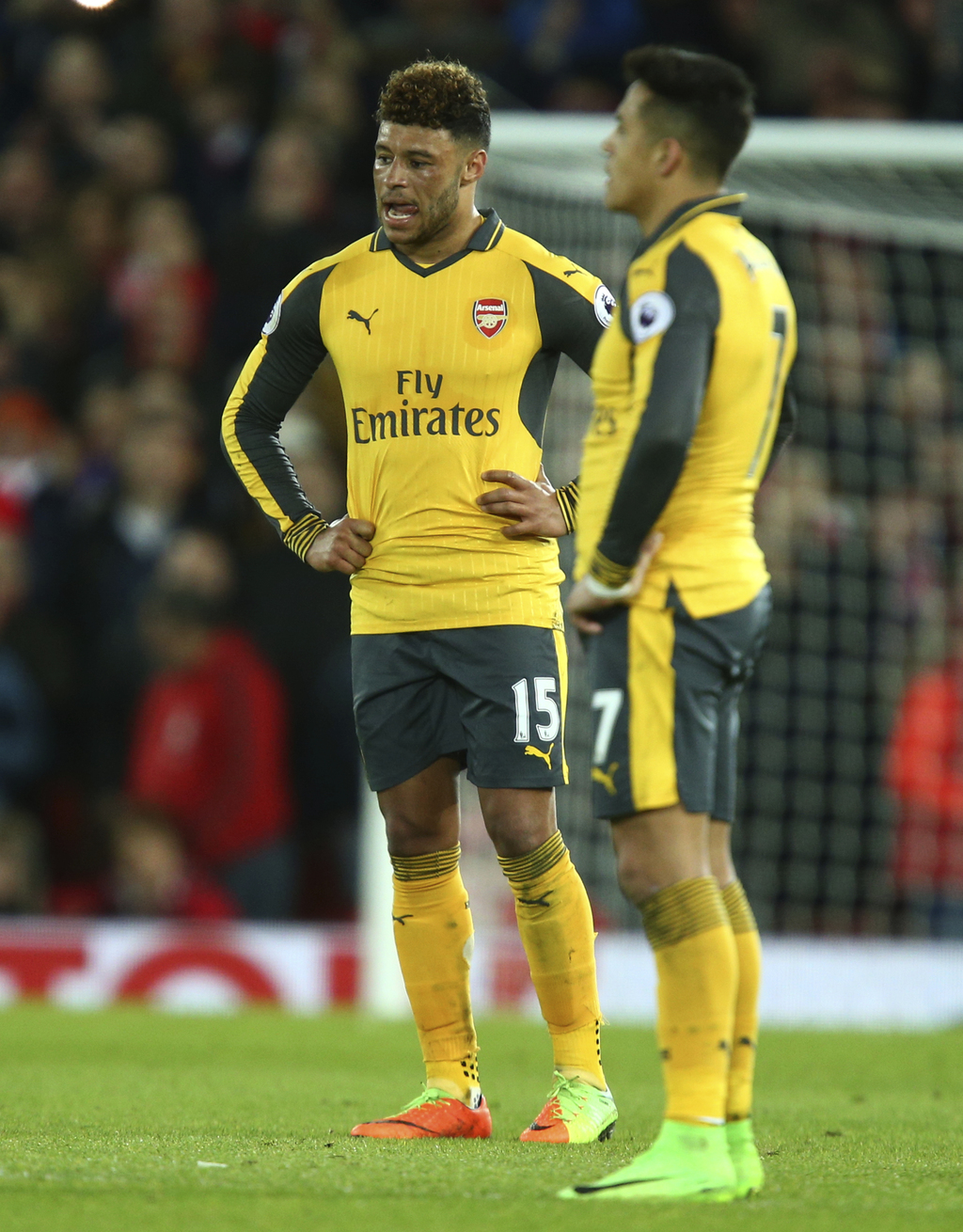 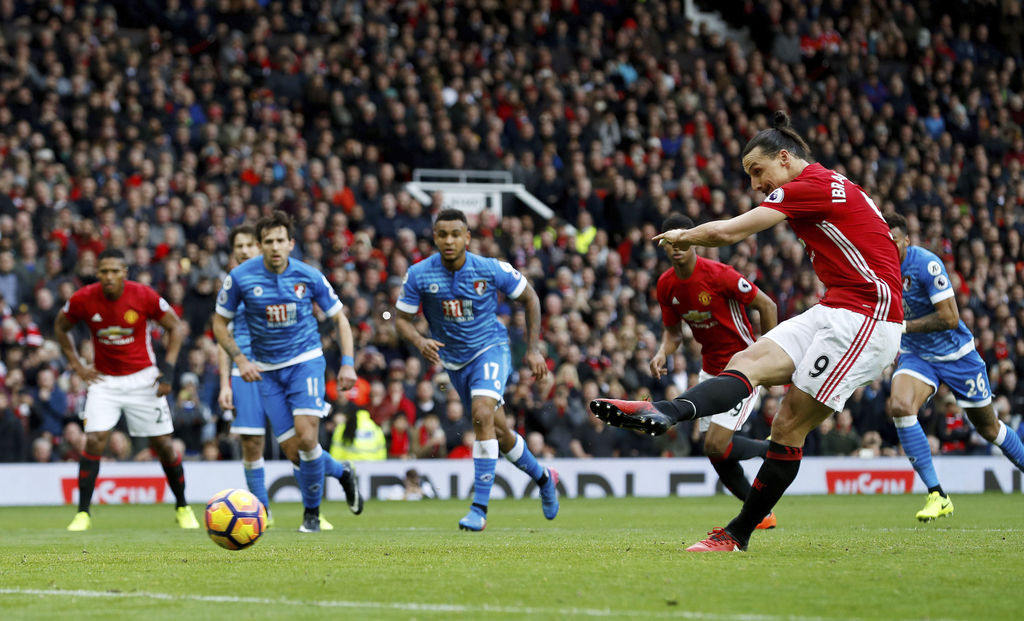 LIVERPOOL, England (AP) — Arsene Wenger chose one of the toughest periods of his Arsenal tenure to make one of his most reckless team selections.

Dropping Alexis Sanchez, possibly the best player in the English Premier League, for an away game against Liverpool, a direct rival for a Champions League qualification place, may come to be a defining moment of a season that is starting to unravel for Arsenal.

Wenger realized his error at halftime, throwing Sanchez on for the second half, but Liverpool was 2-0 ahead by then after goals by Roberto Firmino and Sadio Mane, and on its way to a 3-1 victory that lifted Juergen Klopp's team above Arsenal and into third place.

"A decision like that is not easy to make," Wenger said, "but you have to stand up for it."

That Arsenal improved drastically with Sanchez on the field — he set up Danny Welbeck for Arsenal's goal that made it 2-1 — will be all the more galling to Arsenal's increasingly disgruntled fan base. It also provided more ammunition for the "Wenger Out" brigade, which is becoming all the more vocal as the long-serving manager weighs up whether to sign a new deal at the club.

Wenger said Sanchez was left out because he wanted Arsenal to have a more physical and direct attacking style and it remains to be seen if there is anything more to the selection. Sanchez clearly wasn't happy, giving Arsenal's traveling supporters the briefest of waves at the final whistle before quickly disappearing down the tunnel and leaving the rest of his teammates on the field.

Sanchez, the league's joint-top scorer with 17, has demonstrated this season that he hates being substituted and not completing games. So imagine how he feels playing only 45 minutes.

"He is a world-class player," said Klopp, who probably couldn't believe his luck when he saw Arsenal's team announcement.

It was a huge win for Liverpool, only its second in eight games in 2017, and continued its brilliant record against the league's top teams. Liverpool has won five and drawn four in nine games against the top six.

Arsenal dropped to fifth and stayed above Manchester United only because Jose Mourinho's team was held to 1-1 at home by 10-man Bournemouth.

Zlatan Ibrahimovic was the central figure in an eventful match at Old Trafford, having a penalty saved and escaping a red card for elbowing Tyrone Mings in the head soon after the Bournemouth defender trod on Ibrahimovic's head.

Here's a look at Saturday's other matches:

Helped by a piece of magic by Riyad Mahrez, the champions gained their second straight win since the ruthless firing of title-winning coach Claudio Ranieri.

Reproducing his brilliance of last season when he was voted English soccer's player of the year, Mahrez cut inside from the right wing, deceived Hull's defense with three quick turns and a shimmy outside the area, before driving a right-foot shot inside the near post.

That made it 2-1 in the 59th minute and an own-goal from Tom Huddlestone clinched Leicester's come-from-behind win after Sam Clucas put Hull ahead in the 12th.

By following up a 3-1 win over Liverpool, Leicester moved five points clear of the relegation zone.

Swansea recovered from conceding a goal through a case of mistaken identity by scoring a stoppage-time winner to join Leicester in pulling five points clear of the relegation zone.

Referee Anthony Taylor awarded a penalty to Burnley for handball in the 19th minute, even though it was Burnley striker Sam Vokes who made contact as he stretched for a header. Andre Gray converted the spot kick to make it 1-1, canceling out Fernando Llorente's 12th-minute goal.

Gray's second goal put Burnley 2-1 ahead in the 61st, only for Martin Olsson to equalize and Llorente to head home the winner in injury time.

Sam Allardyce, a specialist at keeping teams in the league, is starting to work his magic at Crystal Palace.

After a slow start to his tenure following his hiring in December, Allardyce guided Palace to a second straight win thanks to goals by Wilfried Zaha and Andros Townsend.

Palace is three points clear of the relegation zone.

Middlesbrough is winless in 10 games dating to Dec. 17.

Southampton rebounded from its loss to Man United in the League Cup final, with Nathan Redmond scoring twice and Manolo Gabbiadini striking a sixth goal in four games.