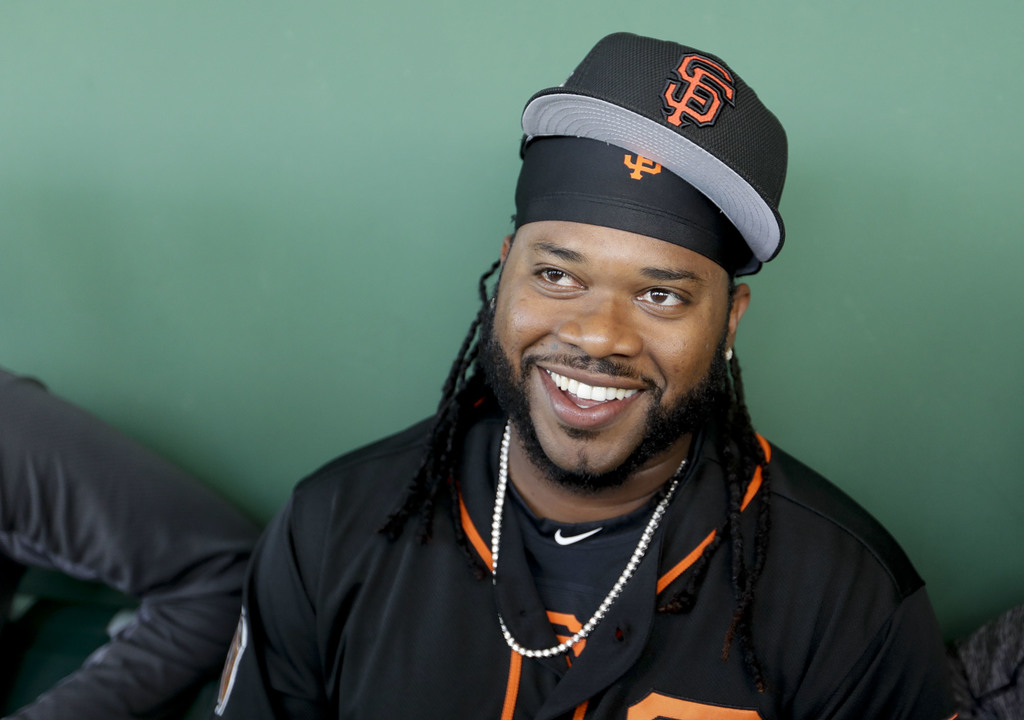 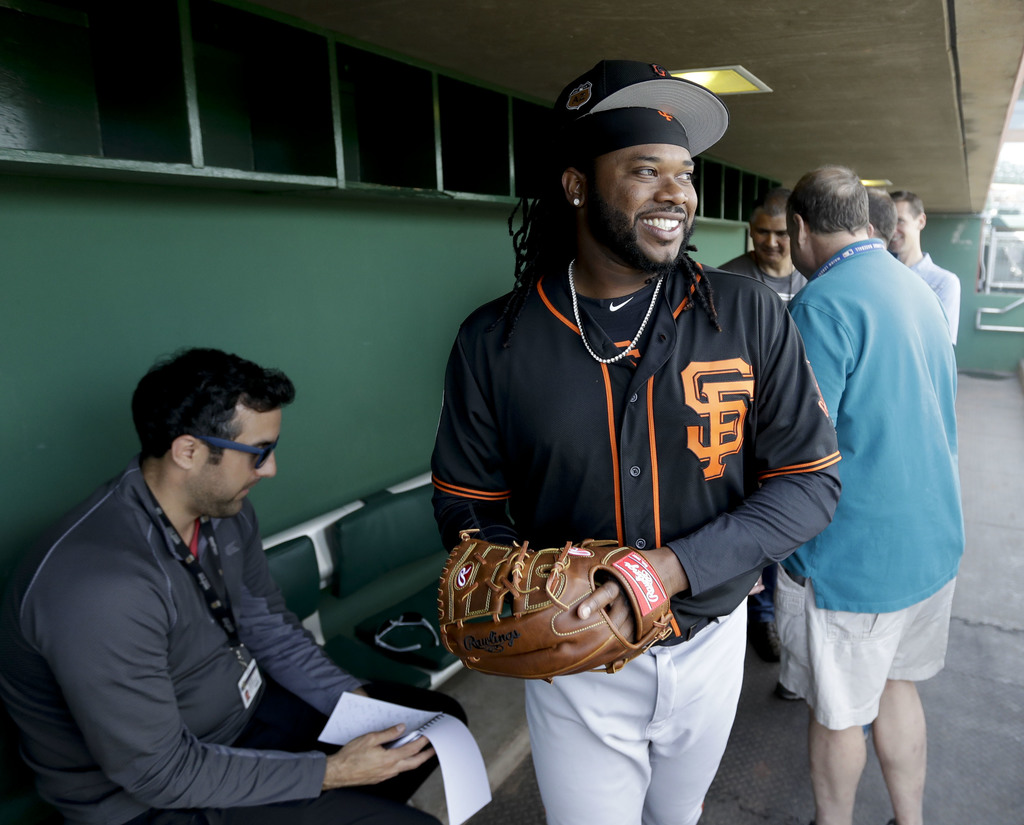 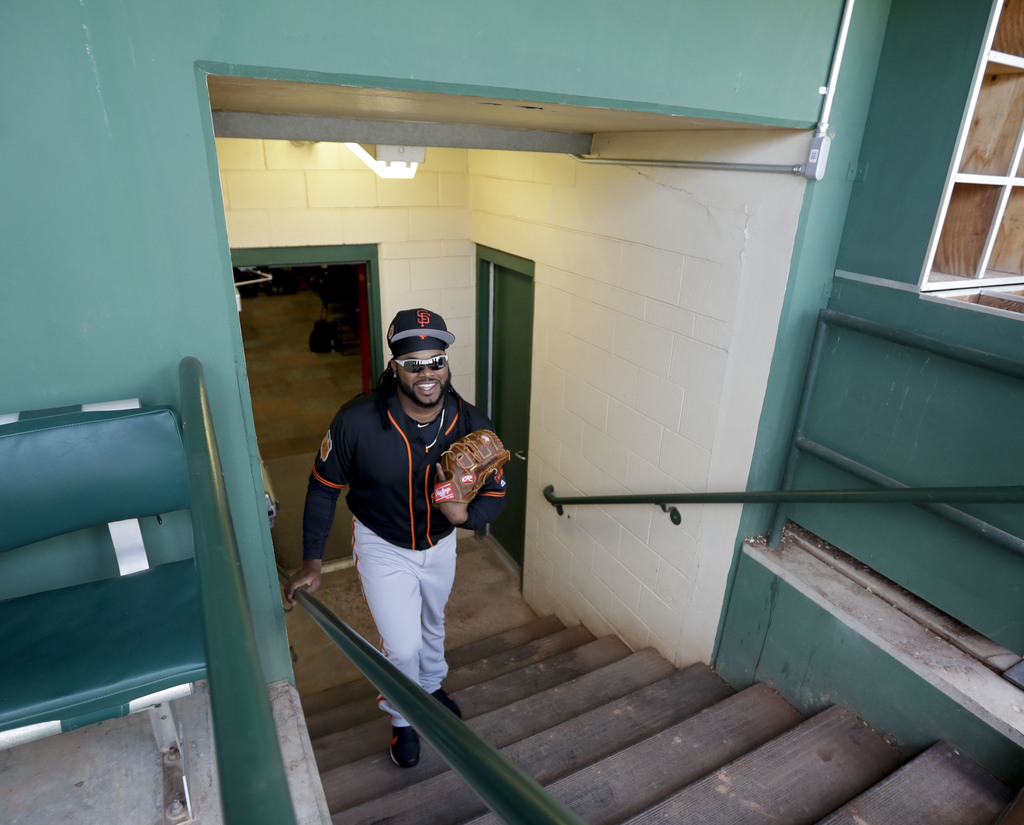 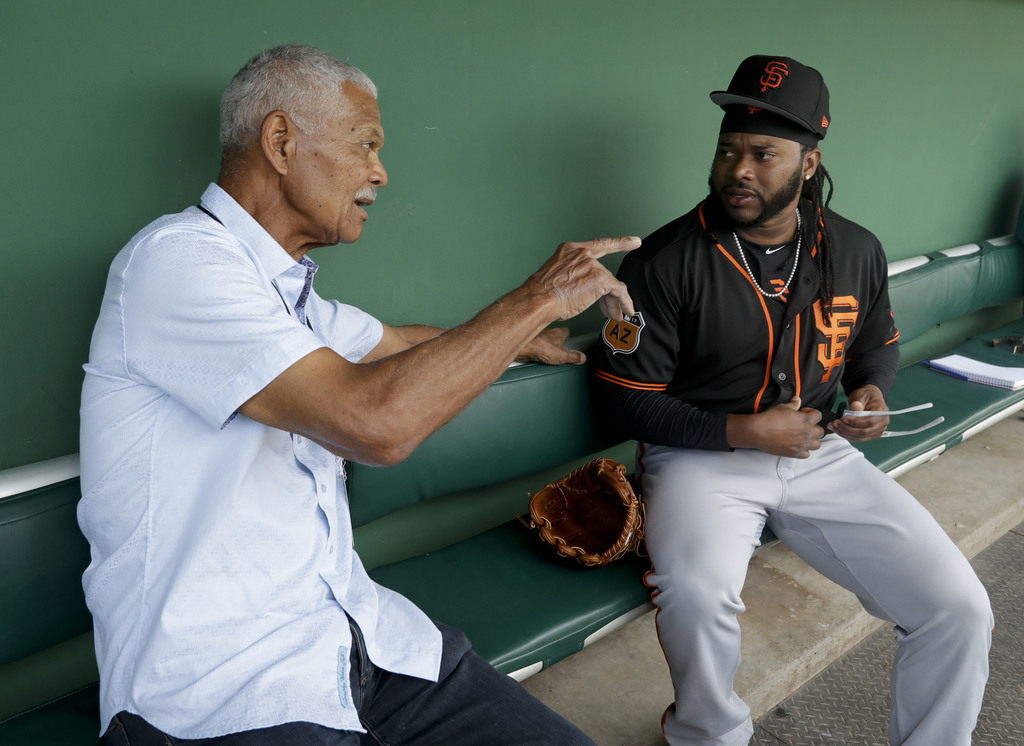 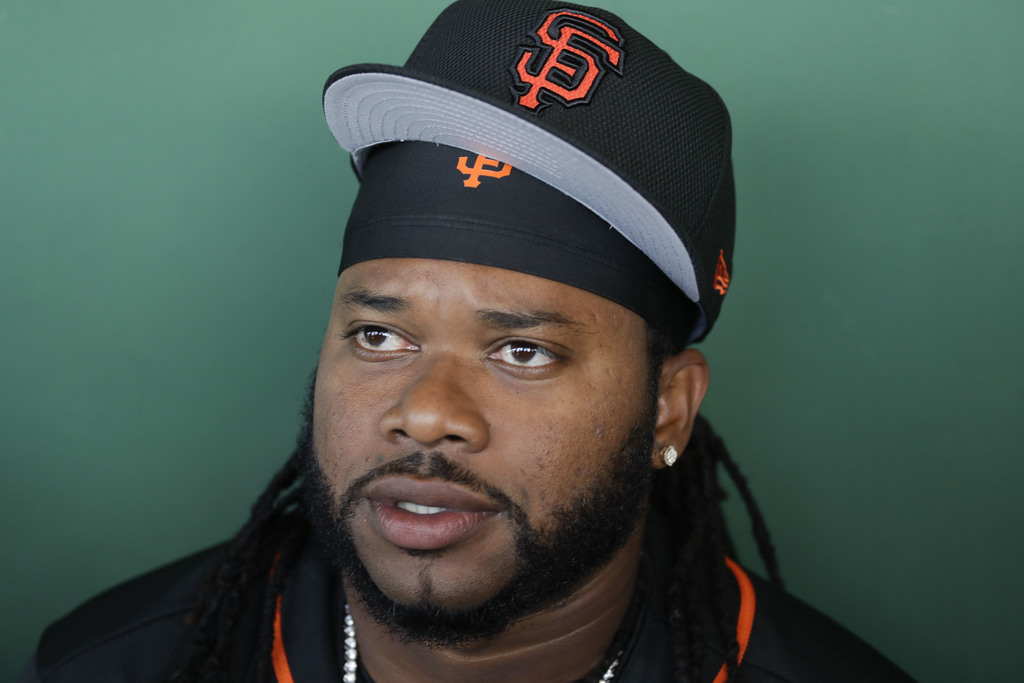 SCOTTSDALE, Ariz. (AP) — Even though he just got to spring training, San Francisco pitcher Johnny Cueto says he's probably ahead of where he normally is in preparing for the season.

"It wasn't like I was in the Dominican just sitting down. I was working really hard because I knew I was missing time. Maybe a little stronger than normal," Cueto said Saturday at Scottsdale Stadium in his first full day at camp.

The 31-year-old All-Star said he was working out at the Giants' academy in the Dominican Republic. He was given permission by the team to arrive later because he was helping his ailing father, Domingo, who was in the hospital for 10 days earlier this year after suffering what Cueto described Saturday as "pre-stroke" symptoms.

"He had some problems with his kidneys, something wrong with his head," Cueto said through a translator. "He was just not right, he was not recognizing anybody. He is better now.

"Because I am the head of the family, I felt that I needed to stay there just to make sure that nothing worse happened to him. I thought if I was to report and something did happen to my dad, that it would have been worse to go back since taking in account the distance. I talked to the GM, manager, pitching coach and got their blessing to go ahead and stay behind and take care of my family, as long as I did my workout at the academy."

Cueto and his father arrived Friday in Arizona and now the pitcher just has to get into his routine. He took things more slowly a year ago after helping the Kansas City Royals to victory in the 2015 World Series, but this time he said he's nearly ready to go and is just waiting to see where he fits into the Giants' spring plans.

"I'm happy to be here. I feel good, but I think I need time to adjust to the guys here," he said.

Cueto's late arrival means he will not participate in the World Baseball Classic's first round. The Dominican Republic, which won the last WBC in 2013, begins play Thursday in Miami.

"I just feel bad I won't be able to be part of the first round, but they know why I won't be there," he said. As for a possible appearance later in the tournament if the Dominicans advance to the semifinals, he said, "Maybe. It's a possibility."

Cueto was 18-5 with a 2.79 ERA in his first season with the Giants after signing a six-year contract. He started the All-Star Game for the National League, and pitched very well in the Giants' division series opener against the Chicago Cubs, striking out 10 in eight innings but losing to Jon Lester 1-0.

Cueto was lined up to pitch a deciding Game 5 and the Giants were three outs from winning Game 4 and tying the series, but the bullpen collapsed and the Cubs rallied to win the game, take the series and eventually win it all.

"I really did want to pitch that fifth game," Cueto said. "But it didn't happen."

"This year, hopefully we can accomplish what we set out to do and go to the World Series," he said.