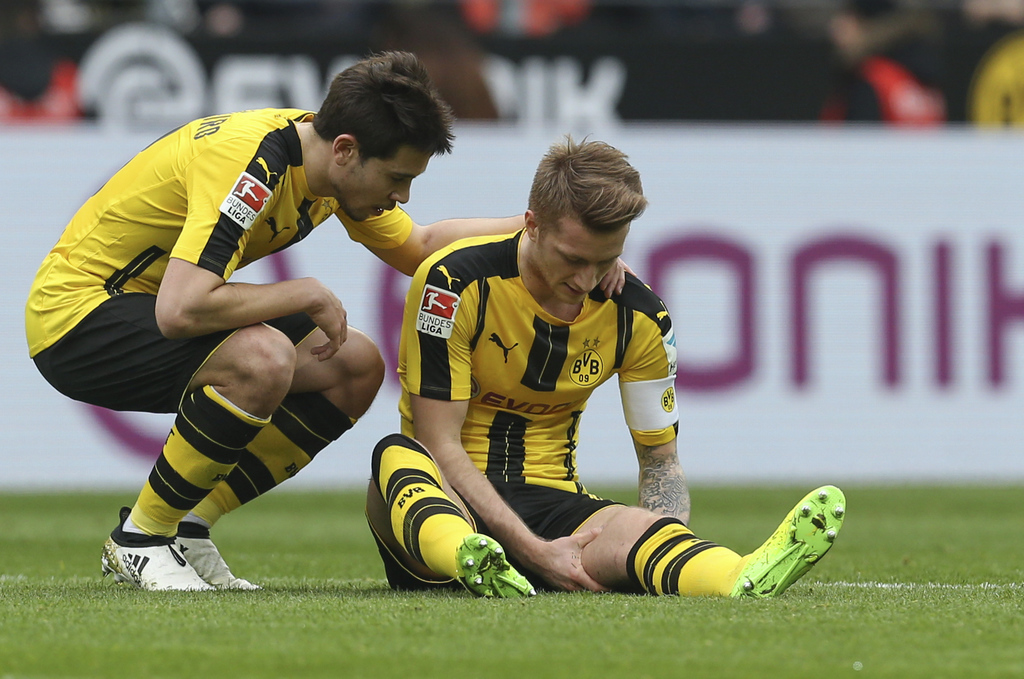 DORTMUND, Germany (AP) — Borussia Dortmund attacking midfielder Marco Reus has been ruled out of his side's Champions League round-of-16 second leg against Benfica due to a thigh injury.

Reus was hurt in the first half of Dortmund's 6-2 rout of Bayer Leverkusen in the Bundesliga on Saturday.

Dortmund coach Thomas Tuchel says, "It's out of the question for him to play. Marco has a muscle injury in his thigh."

Reus has three goals from three Champions League appearances this season, including the 1-0 defeat at Benfica in the first leg of their tie on Feb. 14.

Tuchel says, "Marco has been very stable for weeks. It's a huge loss that he isn't playing on Wednesday."