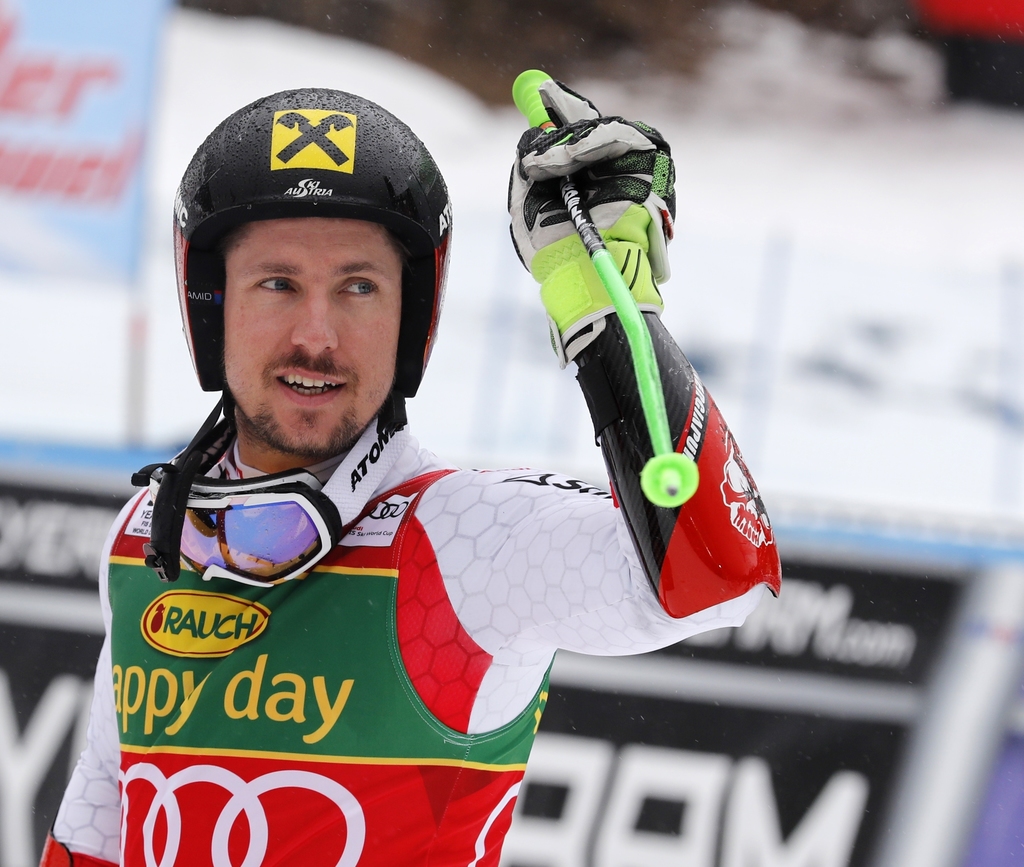 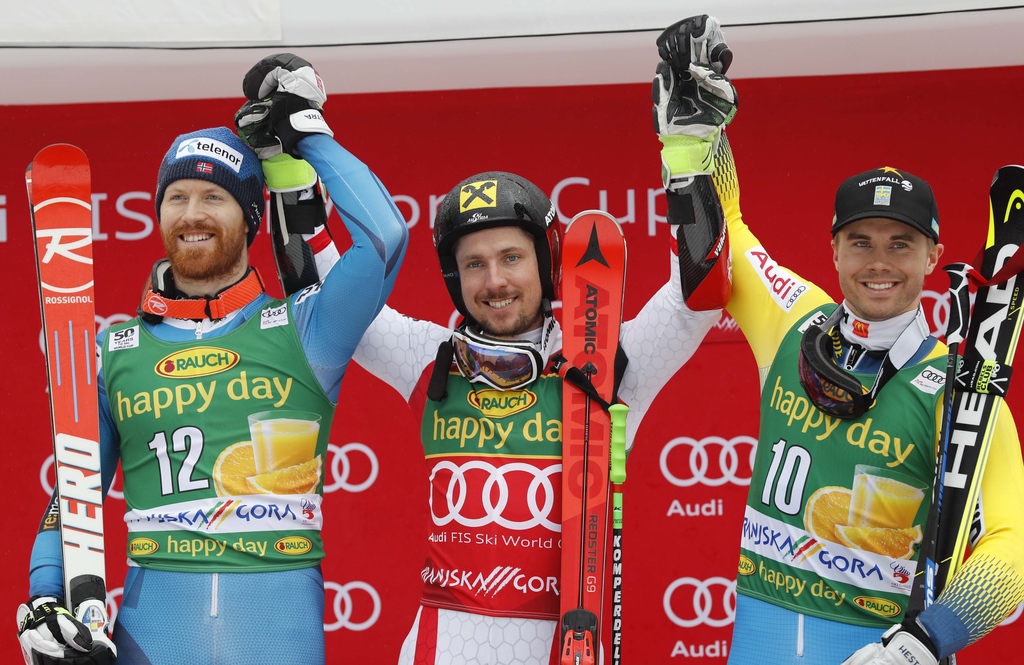 Two days after his 28th birthday, the Austrian won a giant slalom to give him an insurmountable lead of more than 500 points over his main rivals: Kjetil Jansrud and Henrik Kristoffersen of Norway, and Alexis Pinturault of France.

"It's a brilliant feeling, incredible. The undoable has become doable," Hirscher said.

He is the first male skier to win six overall titles.

On the women's side, only fellow Austrian Annemarie Moser-Proell has won six championships, but her titles in the 1970s were interrupted.

"It's just incredible what he does. He is the greatest skier of his generation," Moser-Proell said.

Karl Schranz, Austria's first overall champion in 1969, said Hirscher's "fitness and meticulousness are admirable. Hirscher does everything in the most professional way. He always wants everything to be perfect."

And 1976 Olympic downhill champion Franz Klammer added, "I am impressed with his consistency and his will to do this year after year. He is faster, steadier and fitter than all others."

Thanks to his consistent performances all season, reaching the milestone became just a matter of time for Hirscher, who would have had five more chances to lock up the title: Sunday's slalom, and the four events at the World Cup finals in Aspen, Colorado, this month.

Still, setting the record with five races to spare left Hirscher overwhelmed, and he said he would need "several months" to understand what he achieved.

"The truth is, it's all a bit too much for me at the moment. These are huge emotions," said Hirscher, adding he couldn't remember much of Saturday's race.

"It would be cool if I find my runs on the internet, so I can watch how I raced. I feel like I am somewhere else right now."

Hirscher used an all-attacking opening run to build a big 0.96-second lead over Kristoffersen, with the rest of the field more than a second behind.

Low clouds and rain made for tough conditions and the second run had to be interrupted several times as visibility worsened.

The last starter in the second run, Hirscher lost half a second of his lead but still comfortably beat second-place Leif Kristian Haugen of Norway by 0.46, while Matts Olsson of Sweden was 0.67 back in third.

Hirscher's 44th career win also secured him the giant slalom title. His only remaining rival, Pinturault, skied out in the first run and failed to score points. Hirscher leads the Frenchman by 194 points with only the season-ending race in Aspen coming up.

Hirscher can win a third globe this weekend in Sunday's slalom if he extends his 60-point lead over Kristoffersen to more than 100 points.