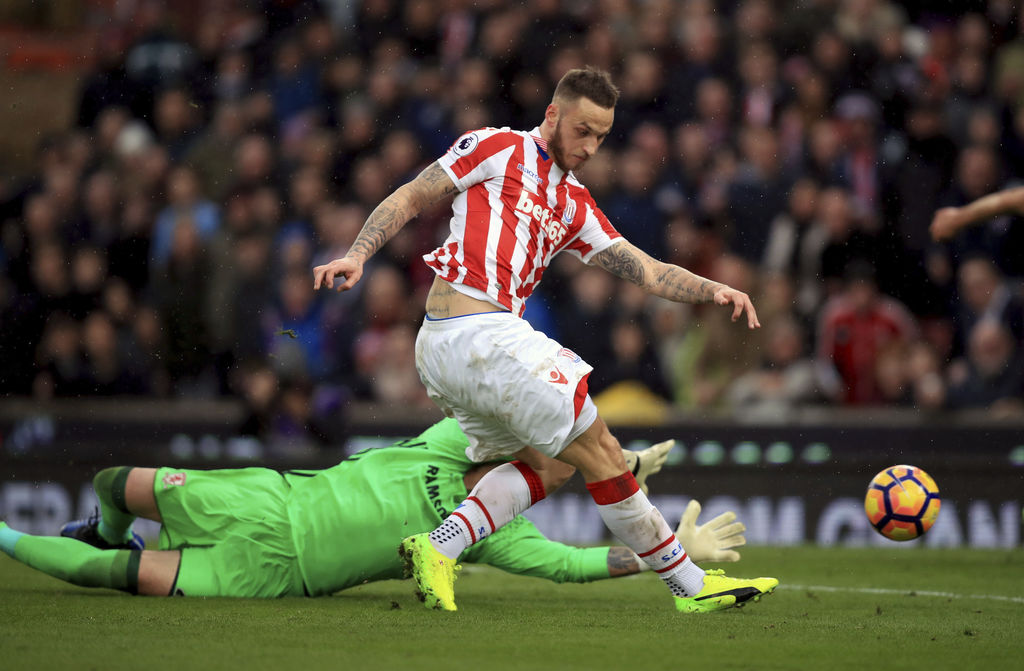 The Austria midfielder brought down a long pass from Glenn Whelan in the 29th, rounded goalkeeper Victor Valdes and smashed into the unprotected net for his fifth of the season.

Stoke doubled its lead in the 42nd in a move like the Stoke of old. A lofted corner was headed down by Peter Crouch and Arnautovic reacted first inside the six-yard box to swivel and score through a bunch of Middlesbrough defenders.

Middlesbrough is three points from safety.