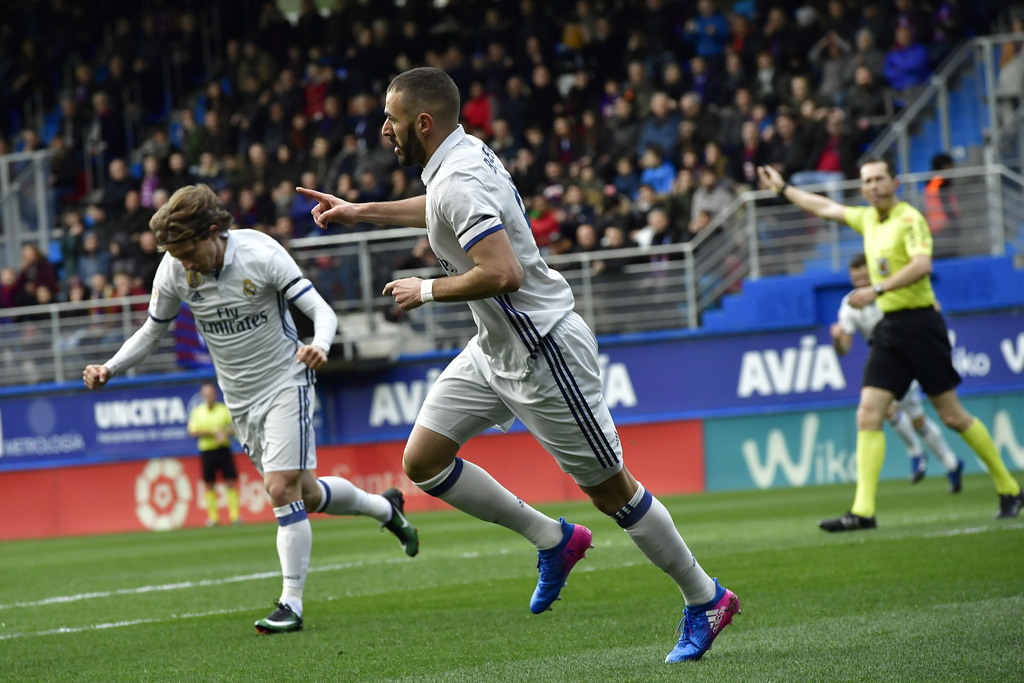 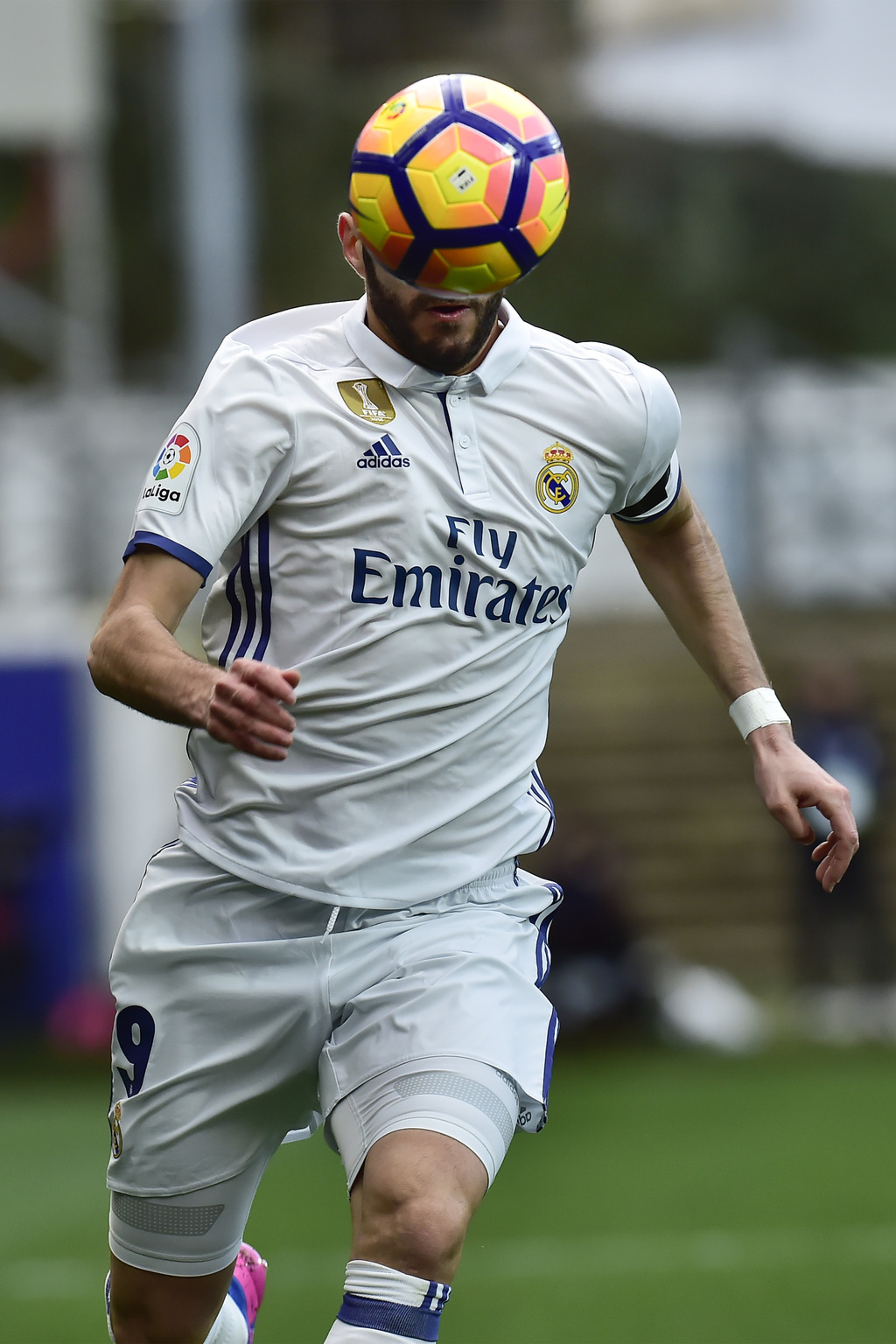 Karim Benzema broke his scoring drought just in time for Real Madrid, snatching two goals in its 4-1 win at Eibar in the Spanish league on Saturday.

Benzema's first league goals in nine rounds came with Cristiano Ronaldo out because of an unspecified physical problem and Gareth Bale serving the first of a two-game suspension.

The French striker played a huge role in ending Madrid's run of three poor performances that had let Barcelona tighten the title race.

It wasn't only Benzema who stepped up. Coach Zinedine Zidane also got goals from James Rodriguez and Marco Asensio, two players who had fallen out of his first-choice squad.

The win lifted Zidane's team two points ahead of Barcelona before the defending champions host Celta Vigo later Saturday. Madrid also has a game in hand.

Before the season, the match at the small Basque club would not have been considered a priority for Madrid. But with its stars out, the team struggling, and Eibar playing well at home, the visit looked a challenging one for Madrid.

Benzema put Madrid on its way in the 14th minute when he finished off his own strike which was initially saved by goalkeeper Yoel Rodriguez.

Both Eibar's defenders and goalkeeper could have done more to make it harder for Benzema to get his second goal in the 25th when he was left all alone to tap in Rodriguez's free kick.

Benzema returned the assist for Rodriguez five minutes later, crossing the ball to the near post where the Colombia midfielder redirected it home from a tight angle.

Asensio got involved in the 60th when he put in a shot by Rodriguez that hit the woodwork.

Ruben Pena got Eibar's consolation goal in the 72nd.