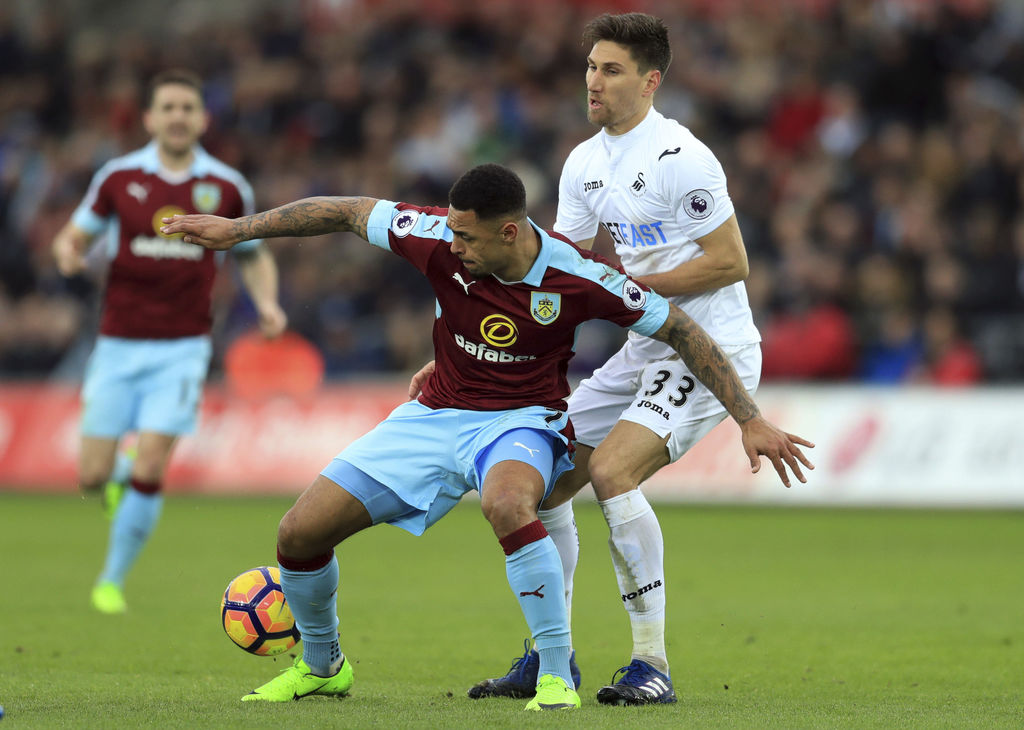 SWANSEA, Wales (AP) — Swansea recovered from conceding a goal through a case of mistaken identity by scoring in stoppage-time to seal a 3-2 win over Burnley in the Premier League on Saturday.

Referee Anthony Taylor awarded a penalty to Burnley for handball in the 19th minute, even though it was Burnley striker Sam Vokes who made contact with the ball as he stretched for a header. Andre Gray converted the spot kick to make it 1-1, canceling out Fernando Llorente's 12th-minute goal.

Gray's second goal put Burnley 2-1 ahead in the 61st, only for Martin Olsson to equalize in the 69th and Llorente to head home the winner in the second minute of injury time.