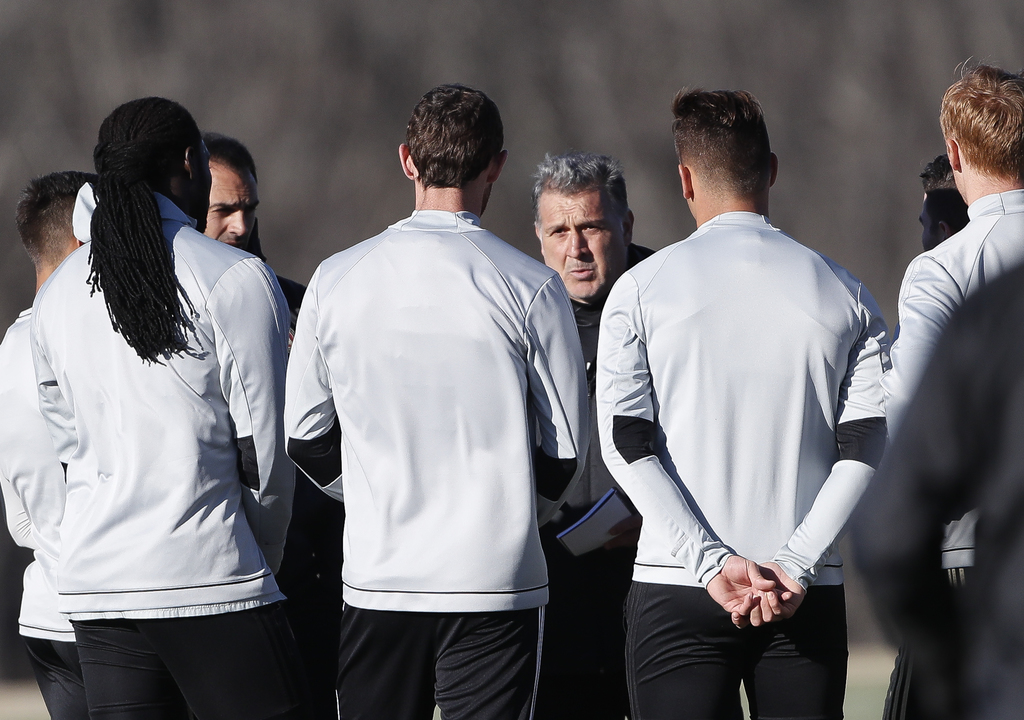 The first-year team has sold more than 30,000 season tickets, a record for a Major League Soccer expansion team. The team announced Friday a sellout of about 55,000 is expected for Sunday night's opening match against the New York Red Bulls.

The season-ticket sales provide a guarantee Atlanta will rank among the league's attendance leaders, even though their new Mercedes Benz Stadium won't be ready until July. The team's temporary home will be Bobby Dodd Stadium, home of Georgia Tech's football team.

Having a packed stadium adds more drama for the opener.

"We know it's going to be a big occasion," Kenwyne Jones, a forward from Trinidad and Tobago, said Thursday. "History is going to be made for ourselves, for the city and the club."

Leandro Gonzalez Pirez, one of four natives of Argentina on the team, said players have talked about the strong ticket sales.

"We're surprised," Pirez said through an interpreter. "The numbers are crazy. We're excited to kick off the season in front of so many fans."

Jones said the impressive ticket sales prove "the fever is catching on properly" in Atlanta, which hasn't had a professional soccer team in 36 years. The Atlanta Chiefs won the 1968 North American Soccer League championship, and a revived version of the team folded in 1981.

Atlanta United team captain Michael Parkhurst, a defender who served as the Columbus captain the last three years, has said this isn't a normal expansion team. The team is backed by owner Arthur Blank, who also owns the NFL Atlanta Falcons, and he funded the successful pursuit of coach Gerardo "Tata" Martino and technical director, Carlos Bocanegra, a former captain of the U.S. national team.

Martino, the former coach of national teams in Argentina and Paraguay, as well as a one-year stint with Barcelona, brings instant credibility to international soccer fans.

Construction is not complete on Atlanta United's permanent training facility. The team has used different practice sites, including the Falcons' facility. It will be a season of adjustments, including the temporary use of Georgia Tech's football stadium.

"It's certainly not ideal, right?" said forward Jacob Peterson, who is with his fifth MLS team. "But at the same time we're all professionals. We've been through similar situations before. It's nothing that I don't think we can use as an excuse."

Jones took a positive slant on the team's unusual preseason.

"I think bouncing around has helped us adapt a little bit because we're going to have to bounce around this season, going and playing away," Jones said.

The roster is a mix of South American talent and such MLS veterans as Peterson and Parkhurst. U.S. national team goalkeeper Brad Guzan will join the team this summer after he finishes his English Premier League season with Middlesbrough.

Peterson cautions that it's not easy to make a winning team from a new collection of players.

"It's going to be a work in progress," he said. "I think there are certainly high expectations as with any team. The financial investment is there, which certainly is great to see. At the same time, we've been together for six weeks. ... We know we have the talent. We have the youth mixed with a good group of veterans but it's going to be about finding the little special solution, if you will, and making that work."