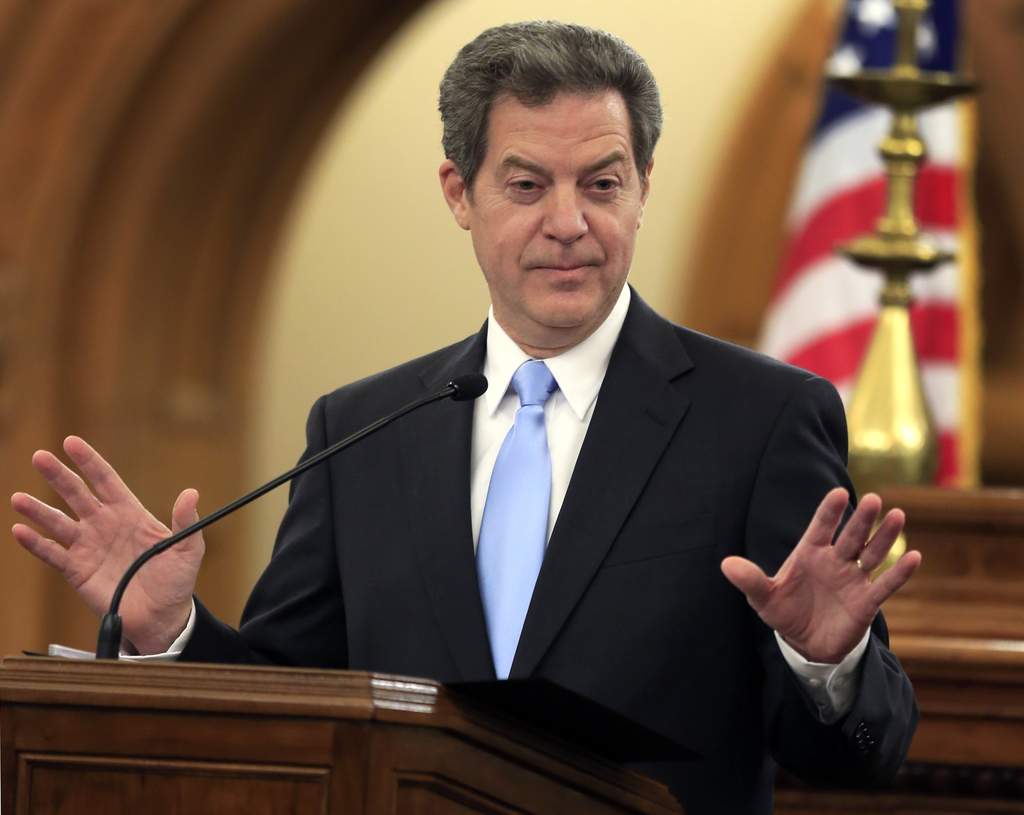 TOPEKA, Kan. (AP) — A big tax increase for Kansas appears inevitable as the state wrestles with budget problems that have left even Republicans ready to roll back income tax cuts that are Gov. Sam Brownback's biggest political legacy.

A Kansas Supreme Court ruling that the state isn't spending enough money on its public schools only bolstered many lawmakers' support for raising income taxes. The state's highest court directed legislators to enact a new school funding law by June 30 without setting a spending target, though figures lawmakers are circulating involve hundreds of millions of new dollars.

Democrats and moderate Republicans at the Statehouse in Topeka already were looking at boosting income taxes to close projected budget shortfalls totaling more than $1 billion through June 2019. Last month, they pushed through a bill raising more than $1 billion over two years, only to see the conservative GOP governor veto it. They're preparing to try again with another income tax bill.

"This is absolutely a revenue problem that needs to be addressed, and it's in the income-tax basket," said state Rep. Melissa Rooker, a moderate Republican from the Kansas City suburbs that are home to some of the strongest advocates for rolling back Brownback's policies.

Lawmakers' course was largely set by elections last year. Voters frustrated with the budget problems ousted two dozen of the term-limited governor's allies from the Legislature. If GOP moderates and Democrats vote together, they have solid majorities in both the House and the Senate.

To preserve his signature tax income tax cuts, Brownback proposed raising cigarette and liquor taxes and boosting annual business filing fees, along with internal government borrowing and other accounting moves. After the court's education funding ruling on Thursday, he responded by calling for school choice measures that would direct tax dollars to parents instead of public schools so that they could send their children to religious or other private schools if they wished.

"Success is not measured in dollars spent, but in higher student performance," he said.

Brownback still promotes personal income tax cuts enacted at his urging in 2012 and 2013 as a model pro-growth policy for other states and the U.S. government to emulate. He blames the state's budget woes on slumps in agriculture and energy production.

Yet even fellow conservatives are breaking with the governor on some issues. Secretary of State Kris Kobach publicly criticized Brownback's plan to increase business filing fees, saying it would make them the highest in the nation and leave Kansas less competitive.

State Sen. Ty Masterson, a Wichita-area Republican, has argued for spending cuts and said the Supreme Court didn't mandate new money for schools. But he said fellow conservatives — he called them "soldiers for the taxpayers" — could accept some adjustments to income tax laws as part of a "balanced" plan with spending reductions.

"They're conceding that probably something will be done on the tax side of the ledger," Masterson said.

Brownback's budget director, Shawn Sullivan, said the governor's staff has had discussions with House and Senate leaders about a compromise on taxes.

"Most Kansans understand that we have a fiscal mess that needs to be straightened out first," Senate President Susan Wagle, a conservative Wichita Republican, said.

Democrats and moderate Republicans are trying to come up with a plan that will garner the two-thirds majorities necessary in both chambers to override a Brownback veto. Supporters of the bill Brownback rejected last month had the necessary margin in the House but fell short in the Senate.

"I'm ready to push ahead with something similar," said Democratic state Rep. Kathy Wolfe Moore of Kansas City. "We can't come back with a tax plan that raises less money."

"What they said was, 'Let's go back to the old plan, where we were able to pay our bills and Topeka was boring,'" Kessinger said.