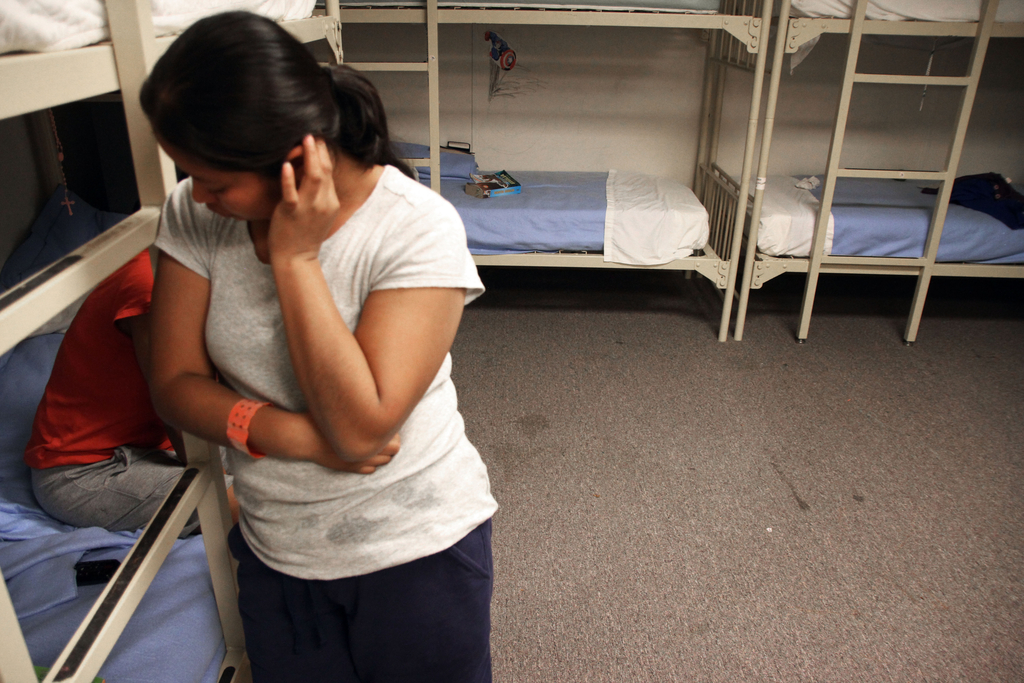 ATLANTA (AP) — Everyone was in place for the hearing in Atlanta immigration court: the Guinean man hoping to stay in the U.S., his attorney, a prosecutor, a translator and the judge. But because of some missing paperwork, it was all for nothing.

When the government attorney said he hadn't received the case file, Judge J. Dan Pelletier rescheduled the proceeding. Everybody would have to come back another day.

The sudden delay was just one example of the inefficiency witnessed by an Associated Press writer who observed hearings over two days in one of the nation's busiest immigration courts. And that case is one of more than half a million weighing down court dockets across the country as President Donald Trump steps up enforcement of immigration laws.

Even before Trump became president, the nation's immigration courts were burdened with a record number of pending cases, a shortage of judges and frequent bureaucratic breakdowns. Cases involving immigrants not in custody commonly take two years to resolve and sometimes as many as five.

The backlog and insufficient resources are problems stretching back at least a decade, said San Francisco Immigration Judge Dana Marks, speaking as the president of the National Association of Immigration Judges.

"It would be a shame if the mistakes of the past continue to be repeated," Marks said, citing previous attempts to ramp up enforcement without providing adequate resources to the courts.

Trump's recent executive orders and subsequent memos from Homeland Security Secretary John Kelly have focused on hiring more enforcement agents to find and detain people in the country illegally, but the administration has been largely silent on beefing up immigration courts.

The system includes 58 courts in 27 states. Their job is to decide whether noncitizens charged with violating immigration laws should be allowed to stay in the U.S. Immigration judges work for the Justice Department's Executive Office for Immigration Review, not the judicial branch.

People appearing in immigration court are generally considered to have the right to an attorney, but the court isn't required to provide one for free as in criminal cases. Rulings can be appealed to the Board of Immigration Appeals, and board decisions can be appealed to a federal appeals court.

Of 374 authorized immigration judge positions, 301 are filled. Fifty more candidates are in various stages of the hiring process, which typically takes about a year, said Kathryn Mattingly, a spokeswoman for the Executive Office for Immigration Review.

The office "constantly evaluates the need to shift its resources," Mattingly said, and is reviewing ways to maximize its efforts on "priority cases."

In all, more than 534,000 cases were pending before immigration courts nationwide in February, according to a recent memo from Kelly.

Advocates worry the Trump administration will increase the use of procedures that allow authorities to deport people without using the court system at all.

"Instead of actually trying to make the courts better, they just want to use them less, even though that obviously is deeply problematic from a due-process standpoint," said Omar Jadwat, director of the American Civil Liberties Union Immigrants' Rights Project.

The increased use of detention could also lead immigrants with valid claims for staying in the U.S. to accept deportation, just to avoid extended periods of time in detention, Jadwat said.

Ira Mehlman, spokesman for the Federation for American Immigration Reform, which pushes for strict immigration policies, said the greater threat of detention could deter people from coming to the U.S. or encourage some who are here to leave.

Mehlman agrees the system is broken, but said advocacy groups and lawyers who keep filing new motions and appeals are part of the problem.

"They understand that time works to their benefit and that the longer you can drag this out, the more bites at the apple you can get, the greater the likelihood that you can find some plausible reason for remaining here in the United States," he said.

When asked if adding more cases to the backlog could threaten the due-process rights of noncitizens, Marks said it is the job of immigration judges to make sure that doesn't happen.

"But the pressures on the system certainly do allow more opportunities for errors to be made," she said. "You try to do your best to hear things fairly but also quickly, and there is always a tension between how you strike that balance."

Slowing down can be more efficient because people are less likely to appeal if they feel their cases have been fairly heard, Marks said. More careful consideration also means a case might be less likely to be overturned.

Symptoms of a broken system were on display when the AP visited the Atlanta court.

On the same day the Guinean man's hearing was delayed, in a courtroom down the hall, detainees filled two rows of benches while lawyers stood crammed into the corner waiting — some for several hours — for their clients to be called.

Two Haitian men appeared by video from a Georgia detention center nearly 200 miles away. They were among more than three dozen people on Judge Michael Baird's docket that morning. Neither had received a notice to appear in court, the document that initiates deportation proceedings.

Clearly frustrated, the judge dismissed the cases, noting that the same thing had happened in other cases for months. He also questioned the government attorneys' plan to appeal. Why, he asked, would they do that when it could take four to six months and cost taxpayers money? Why not simply refile the charges?

A few days earlier, Judge Earle Wilson had three cases on his calendar involving people seeking to have their deportation cases thrown out and their status changed to lawful permanent resident. But he told the lawyers and their clients he had time to hear only one.