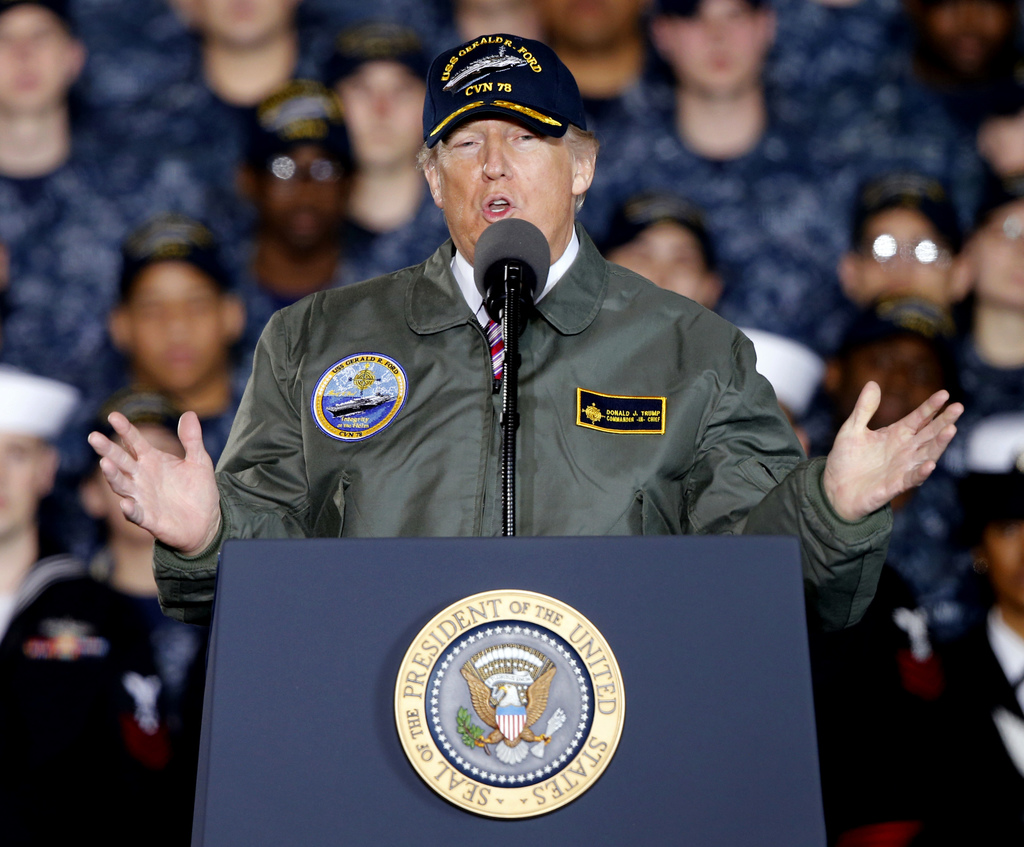 MOSCOW (AP) — He visited imperial palaces and construction sites. He presided at a Miss Universe pageant. He hobnobbed with city officials at gala functions and seemed to particularly enjoy dining on Russian sausage.

But Donald Trump did not strike any real estate deals here.

The New York real estate tycoon has his name on hotels, resorts and other properties from South Korea to Turkey to Panama, but none in Russia, though he repeatedly said he wanted to build a Trump tower in Moscow and discussed various deals in three visits dating back to 1987.

He has spoken glowingly of Moscow and President Vladimir Putin. Now that Trump is in the White House, his relationship with Russia is coming under increased scrutiny, especially since U.S. intelligence agencies have concluded that the Kremlin meddled in the 2016 election in his favor.

Investing in the post-Soviet real estate market was a high-risk gamble, with many businessmen put off by the uncertainties of the legal system amid an atmosphere of organized crime.

It appears Trump made only one deal, and it wasn't in real estate: While a co-owner of the Miss Universe beauty pageant, he signed an agreement with billionaire Aras Agalarov to hold the event in Moscow in November 2013. Agalarov told the Russian edition of Forbes that his company spent about $20 million on the pageant.

Real estate did come up, however, while Trump was in Russia for the pageant.

"He was thinking of building the Trump tower in Moscow," Agalarov told The Associated Press. "We offered him our site ... and showed him how it all looked on the map. He was considering this, but it didn't come to signing any deals."

White House spokeswoman Hope Hicks and Trump Organization spokeswoman Amanda Miller did not answer questions from the AP about why he had decided not to do business in Russia. They said in separate emails that the president has never had anything to do with Russia. Trump himself also said at a recent news conference that he's never made a business deal or taken out a loan in Russia.

"The president has nothing to do with Russia and never has," Hicks added.

Trump's first visit to the country took place in 1987 when Soviet leader Mikhail Gorbachev's perestroika reform program was in full swing, although private property was still outlawed. The brash real estate mogul was one of many Western celebrities including Billy Joel and Robert De Niro who came to peek behind the Iron Curtain four years before the collapse of the Soviet Union. Photos from the visit show Trump and his first wife, Ivana, squinting in the sunlight at the Peterhof Palace outside St. Petersburg, then called Leningrad.

In November 1996, Trump made his second visit. He spent three days looking for a site for a "super-luxury residential tower, which I think Moscow desperately wants and needs," he told The Moscow Times. The main stop was a former tobacco factory in northern Moscow where the cigarette company, Liggett-Ducat, had built an office block and was planning another.

The decision raised eyebrows among real estate professionals because the site was far from Moscow's landmarks — not a normal place for a luxury hotel.

Scott Antel, a former senior partner and head of the hospitality and leisure sector at a law firm in Moscow from 1993 to 2015, said he saw the move more as a play for publicity than a serious effort.

"Most hotel groups don't want any press until the deal is finally signed," said Antel, who advised hotel owners and developers in emerging markets.

In the freewheeling 1990s, Russian officials were very welcoming to foreigners — some were simply star-struck — although not necessarily willing to help them do business.

Trump visited construction sites in 1996, met with city officials and was feted at a banquet, said Igor Tabakov, a photographer who covered the event and added that Trump seemed partial to Russian sausage.

Trump's representative told reporters that he and Moscow's deputy mayor held very preliminary discussions on investing in two of the city's famous but troubled hotels. One of them was the Mosvka, next to Red Square, which would need renovations costing about $200 million, according to the respected business daily Kommersant.

Alexander Khomenko, an assistant to the deputy mayor, told the newspaper in 1997 that Trump said he did not have enough money to renovate the property.

"Trump told us: 'I'm really interested in this project but I don't have enough funds and I will need to look for outside investment.' He has a big name and people normally give him money for his name," Khomenko was quoted as saying.

That nothing came of the deal was not surprising: The hotel business was one of the most mob-riddled sectors of Russia's nascent economy. Those who eventually succeeded came to the market poised to roll up their sleeves and tackle a rough-and-tumble environment.

"If you do a project here, you have to have a very long horizon, invest a very large amount of time, be willing to appoint a very professional team," Antel said. "That doesn't sound like it could match up with Trump and his approach."

Antel also said Trump's "zero-sum approach" — negotiations that leave only one clear winner — must have rattled the Russians, many of whom used the same tactic.

Kommersant reported that Trump was essentially offering only to license his name instead of investing in real estate projects in Russia. In the late 1990s, the Moscow market was booming and needed investors to provide cash to build properties, rather than high-profile foreigners helping to sell them.

When Trump returned to Russia in 2013 for the Miss Universe pageant, he was hosted by Agalarov, the Azerbaijan-born billionaire with whom he had forged a close friendship.

The Moscow meeting with Trump was moderated by German Gref, chief executive of Russia's largest bank, Sberbank, which sponsored the 2013 pageant. Neither Agalarov nor Gref would give details of the meeting or the guests.

Gref, a former government minister whose relationship with Putin dates back to the 1990s, told the Vedomosti daily in December that he had a "very positive" impression from talking to Trump, whom he called "a president of change."

Agalarov offered a detailed itinerary of Trump's Nov. 7-9 visit to Moscow, which appeared to be an attempt to show that his American friend had no time for the activities described in a dossier compiled by a former British spy that was published in January.

The dossier contained unproven information alleging close coordination between Trump's inner circle and the Russian hacking of Democratic email accounts, as well as unsubstantiated claims about sexual activities by Trump in Moscow attributed to anonymous sources.

The AP has not authenticated any of the claims, which Trump has dismissed as "fake news" and "phony stuff."

On Nov. 9, the final day of the pageant, Trump was Agalarov's guest at an after-party and unveiled his star on a "walk of fame" after midnight before heading for the airport.

When he arrived home, Trump tweeted: "I just got back from Russia-learned lots & lots. Moscow is a very interesting and amazing place! U.S. MUST BE VERY SMART AND VERY STRATEGIC."