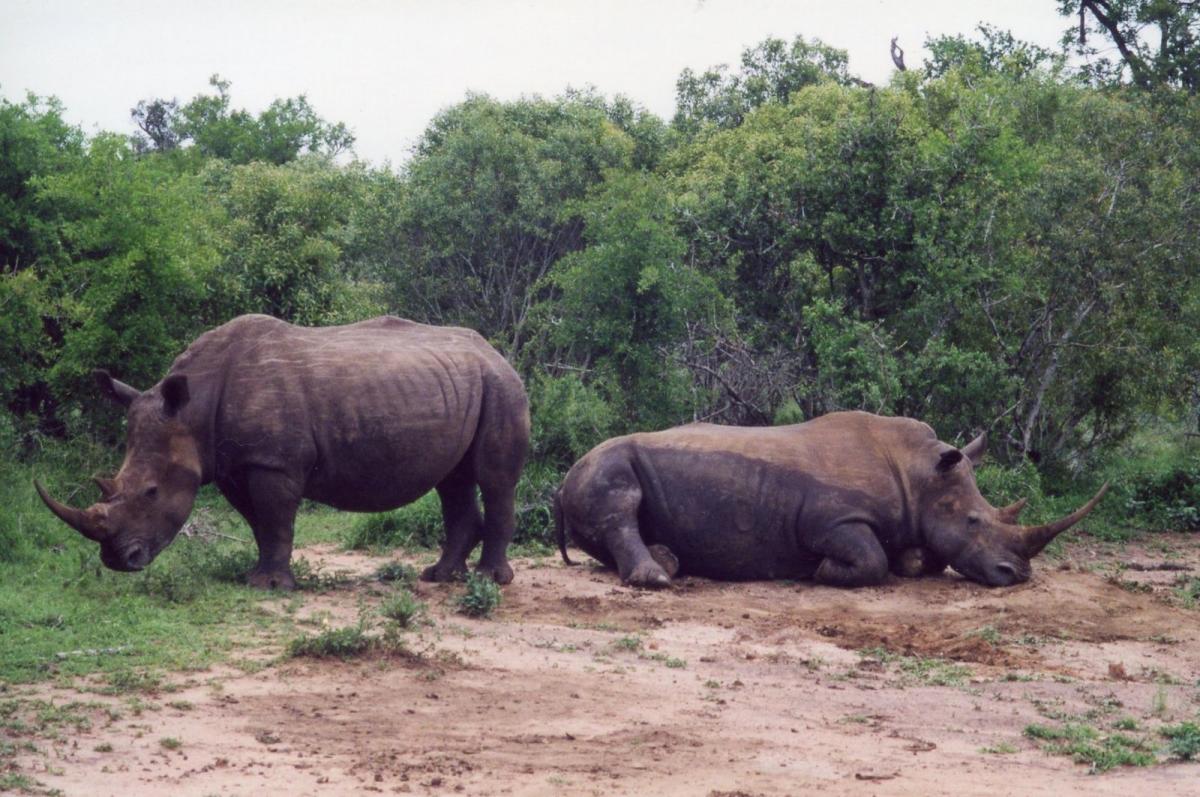 ( San Francisco / WildAid ) South Africa is proposing to use a loophole in regulations to export rhino horns to consumer countries, only four months after delegates to the 17th meeting of the UN Convention on International Trade in Endangered Species (CITES) rejected - by 100 votes to 26 - a proposal from Swaziland to allow international sales of rhino horn.

In 2016, a Committee of Inquiry was convened to advise the government on whether or not it should submit a proposal to CITES for commercial rhino horn exports. The Committee concluded that it should not, and this advice was endorsed by the Cabinet. The new draft proposals, which effectively permit commercial trade through the back door, directly contravene the wishes of the committee, the cabinet and the Parties to CITES.

The draft regulations propose that a 2009 moratorium on domestic trade be overturned and that rhino horns may be exported for "personal" purposes. International commercial trade in rhino horn is banned and, while there is an exemption allowing the products of CITES-listed species to be exported for non-commercial purposes, it is generally used for products that are destined for forensics labs and educational establishments, or for people re-locating and taking family heirlooms with them.

"Let's not delude ourselves. Any rhino horns exported from South Africa to east and south-east Asia will be used for commercial purposes", said Peter Knights, CEO of WildAid. "But after export, South Africa can claim that it has no responsibility for what happens to the horns".

The regulations, as currently drafted, envisage that foreigners can visit South Africa, buy rhino horn and then export it as a personal possession. They also allow for people domiciled outside the country to own South African rhinos. The private rhino owners, some of whom own hundreds of rhinos and already hold large stockpiles of rhino horn, could "sell" rhinos to overseas investors, de-horn the rhinos on a regular basis and forward the horns to their owners.

"The government has already been fooled twice – once when they failed to follow the correct procedure when implementing the domestic rhino horn ban, and saw it overturned by the courts, and secondly when over 250 pseudo hunters, posing as trophy hunters, exported rhino horns to Vietnam commercially", said Knights. "Their track record on prosecutions of anyone above poacher level has also been very weak – evidence is lost, suspects bailed out and court dates postponed - it’s a combination of incompetence and corruption that lubricates the rhino horn trade" said Knights. “Most, if not all, rhino horns exported from South Africa to Asia will be used for commercial purposes with no mechanism to prevent it. The concern of the international community is that while rhino horn prices have dropped by 50% in the last few years in Vietnam due to massive public education efforts, this will confuse the message, greatly expand the consumer base and facilitate laundering, making poaching even worse. Exactly what happened when ivory trade was re-opened in China.”

A proposed export restriction of two horns per person is "meaningless," according to Knights, since proxy buyers will be able to travel to South Africa, all expenses paid, and potentially buy up hundreds of horns. And, in any case, no such restriction is proposed for South African citizens.

"South Africa plans to send the message that it's OK to buy rhino horn again. Ultimately this will backfire on South Africa, because it will create further demand and lead to even more poaching of wild rhinos" Knights added. "But a small number of private rhino horn owners will make a lot of money in the short run and that’s where the push is coming from. They may be cutting officials into the profits."

Knights expects that the proposed regulations will cause a storm in CITES circles. "It may be technically legal under CITES, but it totally violates the spirit of the Convention and sidesteps its decision-making. It will infuriate many CITES Parties. I would be very surprised if countries like China and Vietnam that have been making efforts to end rhino horn trade will want to re-open it, so once it leaves South Africa it will feed the illegal trade." he said.

Today, South Africa announced officially that 1,054 rhinos were killed illegally in 2016. This is a slight improvement from 1,175 killed in 2015 but remains unacceptably high. While the number of rhinos killed in Kruger National Park declined by about 20%, a disturbing increase in other areas, including Kwa-Zulu Natal province, raises serious questions. As the Chief Executive of Ezemvelo KZN Wildlife, David Mabunda, stated in February last year “…increasing levels of corruption among our ranks, the police, immigration officials and other law enforcement and professional services such as veterinarians. The number of corruption cases in wildlife management is making our efforts to achieve success more difficult.”