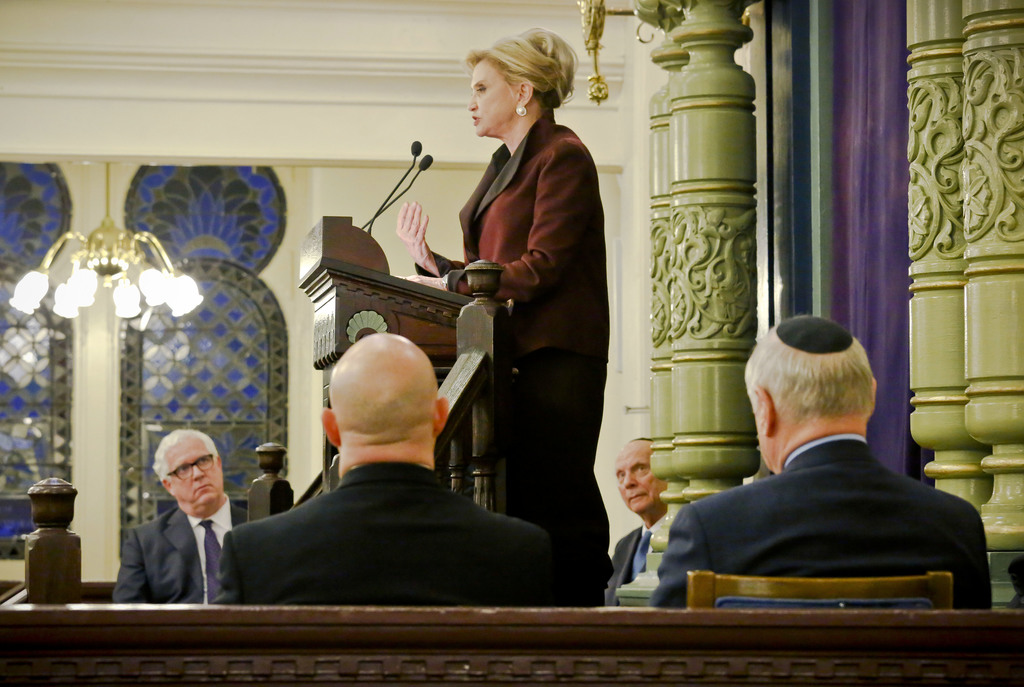 Jewish community centers, schools and cemeteries have been dealing with waves of bomb threats and vandalism this year. Most of these crimes remain unsolved, though a man in St. Louis was charged Friday with eight of the threats made against Jewish institutions as well as a bomb threat to New York's Anti-Defamation League.

Here is a look at some other incidents in recent weeks:

More than 100 headstones were found overturned Feb. 26 at the Mount Carmel Cemetery. Pennsylvania Attorney General Josh Shapiro said those types of acts of vandalism must be treated as hate crimes.

The rabbi at Temple Adath B'nai Israel, in the southwest corner of Indiana, discovered a hole in a classroom window Feb. 28 from an apparent gunshot. Rabbi Gary Mazo said the shooter would have had to fire from a playground in the back of the building.

More than 100 headstones were desecrated the weekend of Feb. 18 and 19 at the Chesed Shel Emeth cemetery in the University City suburb of St. Louis. Vice President Mike Pence and Missouri Gov. Eric Greitens joined volunteers in helping clean up the vandalism.

Parents scrambled to remove their children from a preschool at the city's Jewish Community Center after a bomb threat was called in on Jan. 4. The same day, Orlando's Chabad center received a threatening call.