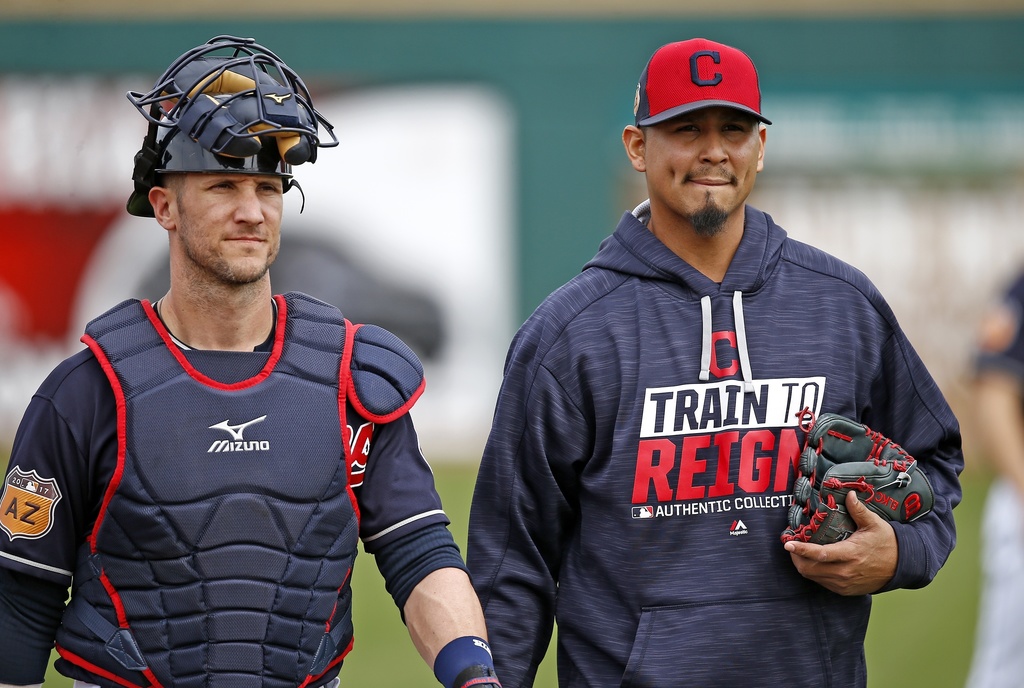 GOODYEAR, Ariz. (AP) — The Cleveland Indians will be without their top two catchers for at least four days next week.

Roberto Perez will be playing for Puerto Rico in the World Baseball Classic, and Yan Gomes is going home to Tennessee on Monday to be with his wife as they expect the birth of a child.

That will leave the Indians, who have 10 players on WBC rosters, short of catchers.

"It isn't good," manager Terry Francona said. "(Erik Kratz) will get an extended look. That's good. You always have to take a negative and turn it into a positive."

The Indians have asked Puerto Rico's manager, Edwin Rodriguez, to use Francisco Lindor only at shortstop or designated hitter.

"It was a strong request," Francona said. "We wouldn't do that here — that's putting him in a difficult spot. Edwin handles things really well. He's a stand-up guy."