TAIPEI (Taiwan News) -- The following is a list of notable events and activities taking place in Taiwan from March 3 to March 9:

Song Jiang Battle Array, a folk street parade, will take place in Neimen District, Kaohsiung, from March 4 to March 14. The Song Jiang Battle Array consists of 18 similar parades throughout the year in the district, which is home to 54 such parades. The Song Jiang Array was originally performed to strengthen, defend and unite the town, but later turned into a theatrical drama that combined entertainment for the gods with military training. For performance information and times, visit the official website.

Taiwanese rock band P!SCO brings its “Pride” concert to Legacy Taipei in Huashan 1914 Creative Park on March 4 at 6 p.m. Tickets for the show are NT$600 in advance and NT$700 at the door.

Singer 全世煌 performs his FLY concert at In Our Time in Kaohsiung on March 4 at 7 p.m. Tickets for the show are NT$350 in advance and NT$400 at the door.

謎路人 Way of Puzzle, 愚人船 Ship of Fools and 顯然樂隊 Obviously will perform at APA (小地方展演空間) in Taipei on March 4 at 8 p.m. Tickets for the show are NT$350 in advance and NT$450 at door.

The National Concert Hall in Taipei hosts a performance of “The Soldier’s Tale” (大兵的故事) by the Taipei Soloist Ensemble on March 3. The performance begins at 7:30 p.m. and tickets are NT$500 to NT$2500.

Conductor Neil Thomson brings the music of Mozart to Kaohsiung with a full orchestra during a screening of the Academy-Award-winning movie "Amadeus" on March 4 and 5. The performances will begin at 7 p.m. at the Lakeside Lawn of the Kaohsiung Museum of Fine Arts. Tickets for the performances are NT$499.

一頁One Page and 把妹哥 GG Brothers will perform at Riverside Music Cafe (河岸留言 音樂藝文咖啡) in Taipei on March 8 at 9 p.m. Tickets for the show are NT$350.

British electronic-soul duo Honne will perform at The Wall in Taipei on March 8 and 9 at 9 p.m. Tickets for the show are NT$750 in advance and NT$850 at the door. The show on March 9 is sold out.

It’s the final week to see “The Beauty of Marine Life” photography exhibition at the National Taiwan Museum in Taipei. In addition, “Exquisite Stones of Formosa” exhibition opens at the museum on March 7.

It’s the final week of the Residency Artists Exhibition featuring the work of Macaca Sapiens, Hung Yi-Ting and Simon Whetham at Treasure Hill and the work of the indirect Object, Junya Kataoka & Rie IWATAKE and Rachel Schmidt at the Barry Room of Taipei Artist Village. The exhibition at Treasure Hill is open from 11 a.m. to 6 p.m. and the one at the Barry Room is open from 11 a.m. to 9 p.m.

Satyricon (愛情神話), an joint exhibition of art that explores the mythology of love in all its forms, will close on March 19. Visitors can attend the final weeks of the exhibition at Yiri Arts Pier-2 Space in Kaohsiung. The exhibition is open Tuesday to Sunday from 1 p.m. to 7 p.m.

The National Taichung Theater will host a performance of “Peter Pan” by Berliner Ensemble in German and English on March 3 and 4. It is directed by Robert Wilson, with music by Coco Rosie. Both performances begin at 7:30 p.m. and tickets are NT$300-1800 for the sold-out performances. There will be a pre-show talk 40 minutes prior to the performance. The final performances of the musical Notre Dame de Paris will be on March 4 and 5 at Sun Yat-sen Memorial Hall in Taipei. There are two performances each day at 4:30 and 7:30 p.m. Tickets for the shows are NT$600-4800, with most of seats already sold out.

La Vida Loca (瘋狂人生) in Taipei will host a night of social networking, board games and karaoke on March 4. Admission to the event is NT$200 and includes all-you-can-drink soft drinks or one alcoholic beverage. The activities begin at 7 p.m.

Songshan Cultural and Creative Park in Taipei will host an exhibition and craft classes on March 8 for International Women’s Day. The event consists of various classes starting at 11 a.m. that require attendees to sign up in advance. For more information, visit the official website (in Chinese). 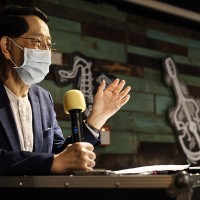 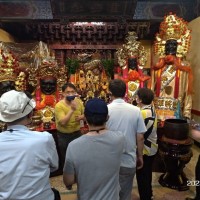 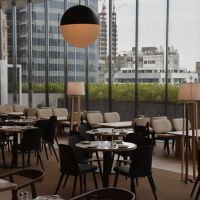 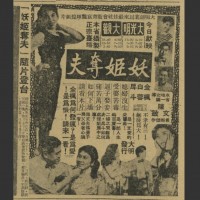 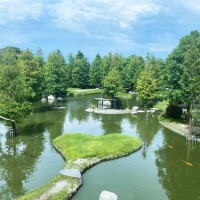