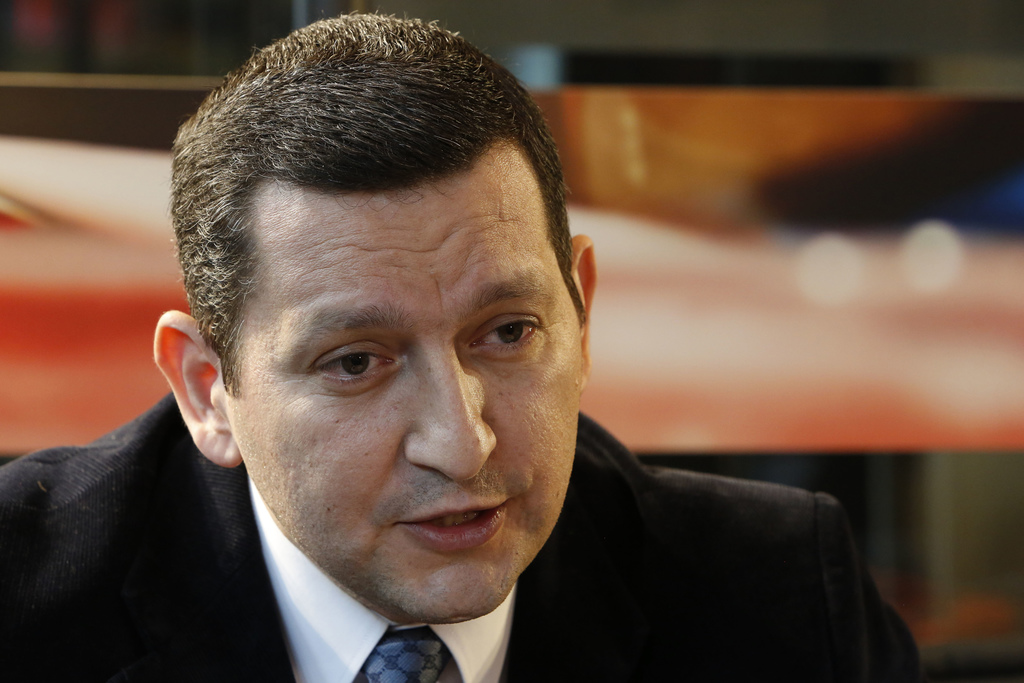 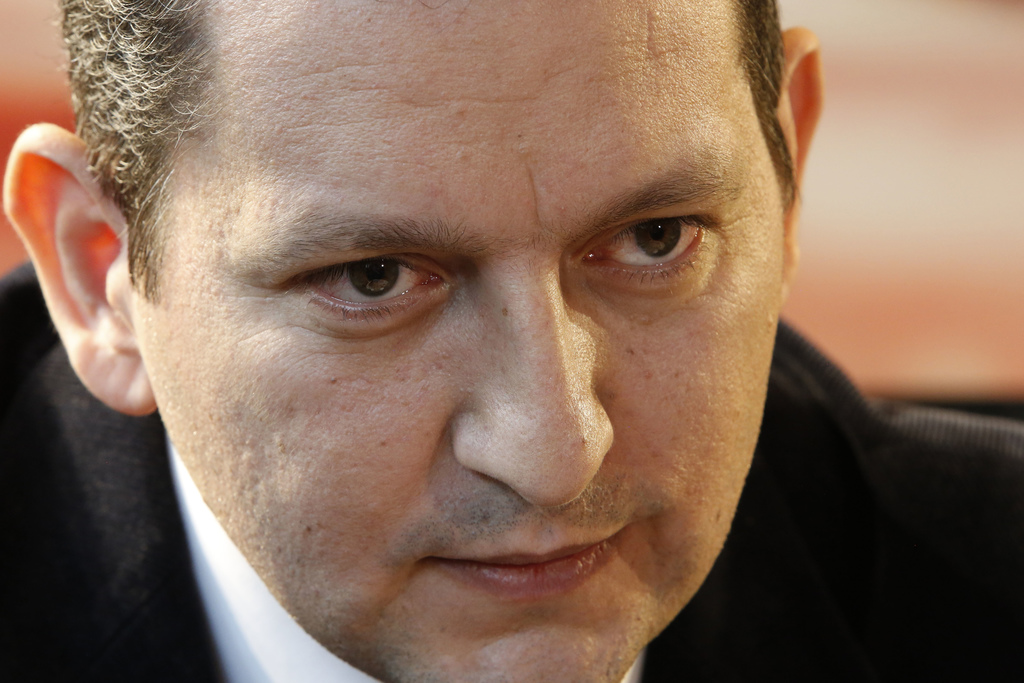 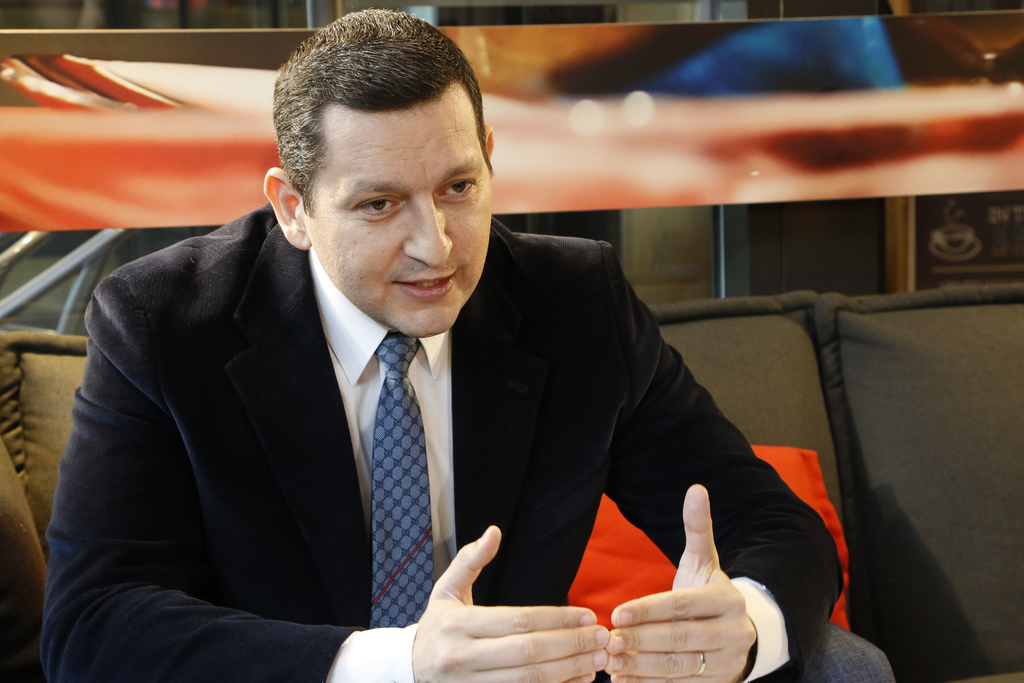 GENEVA (AP) — Jihad al-Makdissi was once the mouthpiece for the Syrian government. A familiar face at the front lines of spin, he defended the heavy-handed approach of state security and military forces as Arab Spring-inspired protests swept the nation and then degenerated into a horrific civil war.

Now, the former government operative and career diplomat is in his element in Geneva, where he is representing one of the opposition groupings participating in United Nations-sponsored peace talks. "Evolution instead of revolution" should be the goal in Syria, Makdissi says.

It is the kind of language that other dissidents view as soft on the fate of President Bashar Assad, one of the issues that has brought past talks to a halt and isn't even under discussion in the latest round of U.N.-mediated talks in Switzerland.

Makdissi heads the Cairo platform opposition in Geneva, one of three groups invited by the United Nations envoy for Syria, Staffan de Mistura, in a bid to revive a moribund diplomatic process. Formed in Egypt in 2015, the Cairo platform casts itself as a centrist alternative to the Western, Saudi and Turkey-backed opposition.

In contrast with commanders with more limited experience in high-level diplomacy, Makdissi cannot help but stand out, delivering a steady stream of well-targeted messages.

Any kind of agreement seems a long shot at this stage with no one expecting a breakthrough in what marks the fourth round of U.N.-mediated talks in Geneva in a bid to settle a conflict that has killed more than 400,000 people by most estimates.

Points of formality as well as substance divide the three opposition groups at the talks. The largest delegation — a medley of exiled political figures and armed commanders with varying degrees of influence on the ground — would rather bring the Cairo group and a pro-Russia opposition bloc known as the Moscow platform under their umbrella than afford them an equal role in a single delegation.

De Mistura struggled to bring them all together for the welcoming ceremony of the fourth round of talks that kicked off Thursday with the modest ambition of establishing the rules of engagement and mapping out the process through which to discuss a political solution that can put an end to six years of conflict.

De Mistura wants the participants to consider three issues — elections, governance and redrafting the constitution. It's a vision that was quickly challenged by the Syrian government delegation, which demanded that the war against terrorism be put at the top of the agenda and that the opposition come together. Makdissi says it is natural for the opposition to be diverse, but he has low expectations for the talks.

"We know our adversary — after 50 years of ruling Syria, giving concessions is not easy," he told the AP. "We say any change, any departure, should be the result of a process and not a precondition. We have to be realistic after six years. I mean, rebels are not at the door of the presidential palace (in Damascus). Aleppo now is in the hands of the Syrian army."

Makdissi urges other opposition factions to be pragmatic and rally around their commonalities — such as a desire to maintain the unity of Syria — and leave the bigger issues for later. He says the course charted by the United Nations resolution guiding de Mistura's work plan would deliver on the goal of political transition, with the agreement of the Syrian government, in a timeframe of 18 months.

"All this package would mean is that we achieved the political transition in Syria, and we think that this is the medicine to end the war and have a new Syria," he said.

Makdissi's new role in Geneva marks an evolution of sorts. For months, as the death toll mounted in Syria, he was the one in front of the cameras reframing events to fit the government narrative. When security forces opened fire at protesters, he repeated the government-sanctioned line that spoke of "armed clashes."

In December 2012, after leaving the country, Makdissi faxed his resignation.

"I disagreed on the way the crisis was managed with one unilateral approach, which is the military and security approach," he told the AP. "I wanted a political approach. When you disagree with your government, you resign. That's what diplomats do."

He now teaches part-time at the media department of Abu Dhabi University, and has a consultancy in Dubai, where he lives with his family. But the extent of his ambition is on full display in Geneva, where with the poise and aplomb of a veteran diplomat, he advocates for a political solution and the search for common ground.

A Western diplomat in Geneva describes him as an "asset" and a strong communicator who comes to the negotiating table with creative ideas, but noted, like others, that he has no constituency on the ground. The diplomat spoke on condition of anonymity because the official was not authorized to speak publicly to the press.

Makdissi says the Cairo group has no contacts with the government in Damascus and is working effectively with other platforms to find common ground in a bid to keep up the political momentum of the talks. He shares the view of representatives from other parties and the diplomats that an agreement on the formalities of procedure is the most that can be achieved this round.

"This is the only place where we can bridge the gaps," he said.

Makdissi said he isn't aware of any legal impediment to his returning to the country but isn't rushing to do so because, he says, post-conflict Syria is governed by too many actors.

Like other Syrian dissidents and representatives of armed groups, he recognizes Russia as the most important player when finding a solution to the longstanding conflict. Moscow has been a staunch ally of the government in Damascus, protecting it at the United Nations and lending it military might and airpower.

Makdissi hopes warmer ties between Washington and Moscow could pave the way for a political solution in which Russia nudges Assad to make some concessions and Turkey exercises a moderating influence on armed opposition groups. He also hopes that the United States will look at Syria politically and not just militarily in the context of its war against terrorism.

"We are waiting for this dialogue between the Kremlin and the White House," he said. "I am hoping also that the Trump administration will reach out and deal with Syria on a political basis."