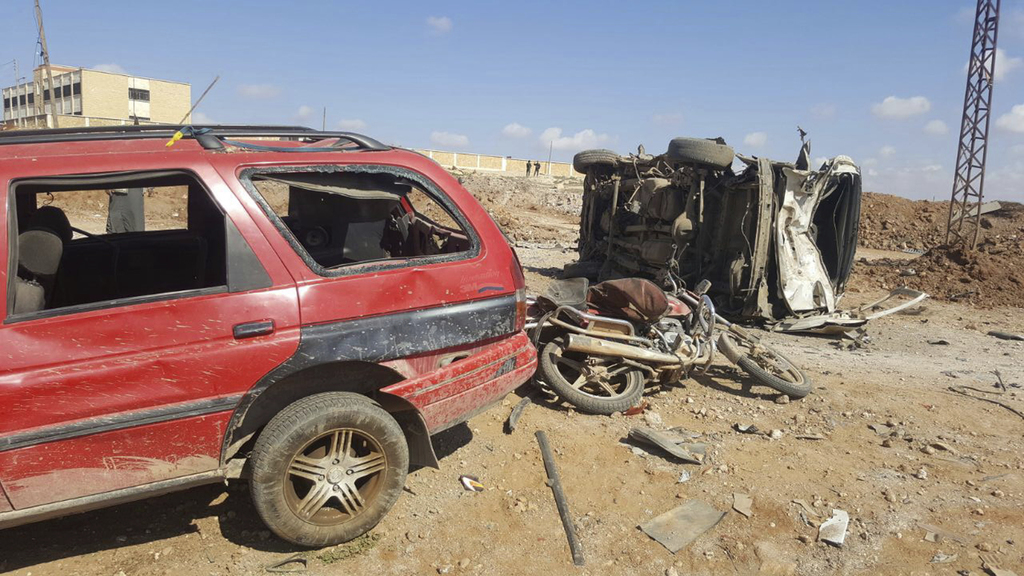 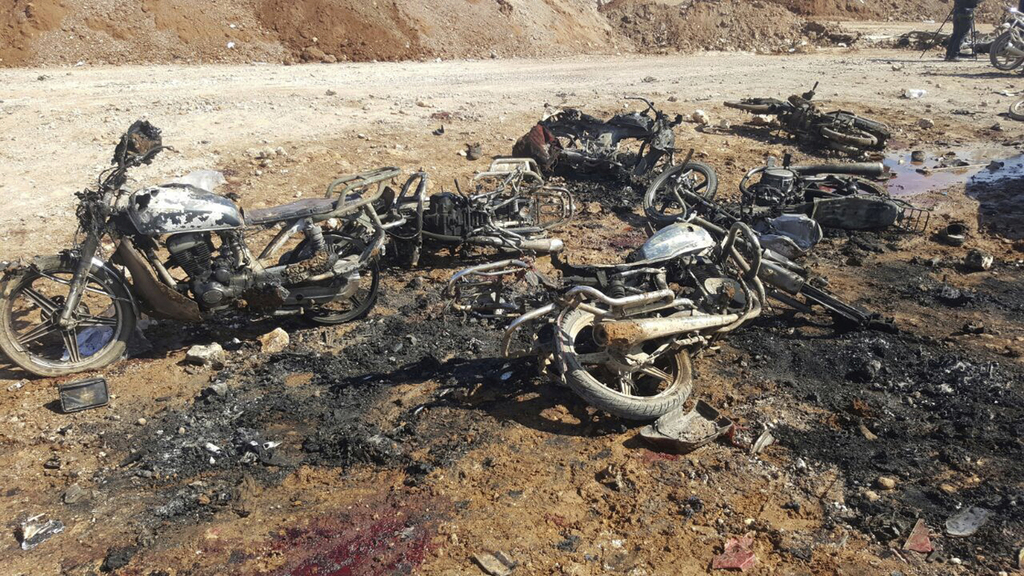 BEIRUT (AP) — The Latest on the developments in the Syrian conflict (all times local):

Turkey's state news agency Andadolu says the death toll from a car bomb near the town of al-Bab, just captured from Islamic State militants in northern Syria, has risen to 60. Most of the victims were civilians.

Friday's attacks come a day after the town was taken by Turkish forces and Syrian opposition fighters from Islamic State militants. IS militants withdrew from the town, but they still control areas around it.

In the first attack, a suicide car bomb struck outside a security office in Sousian village, north of al-Bab, killing civilians lining up seeking permits to return home. Yildrim says at least six Turkey-backed fighters were killed in that bombing.

The second attack took place near Tadif, a town still controlled by IS south of al-Bab. The Turkish military said the soldiers were killed when an improvised explosive device went off but Yildrim called it a suicide attack that happened as the soldiers were on a road patrol. Three other Turkish soldiers were wounded.

The deaths raise the death toll of Turkish soldiers in northern Syria since August to 70.

Anadolu news agency says the explosion on Friday killed civilians and Syrian opposition fighters in Sousian village, north of the town of al-Bab.

The Britain-based Syrian Observatory for Human Rights says the bombing struck near a security post in the village. The Syrian opposition-run Qasioun news agency put the death toll at 45.

The report says the car bomb hit outside a security office where civilians had gathered seeking permission to return to al-Bab.

Al-Bab was captured on Thursday, after more than two months of fighting with IS militants who withdrew from the town but still control areas around it.