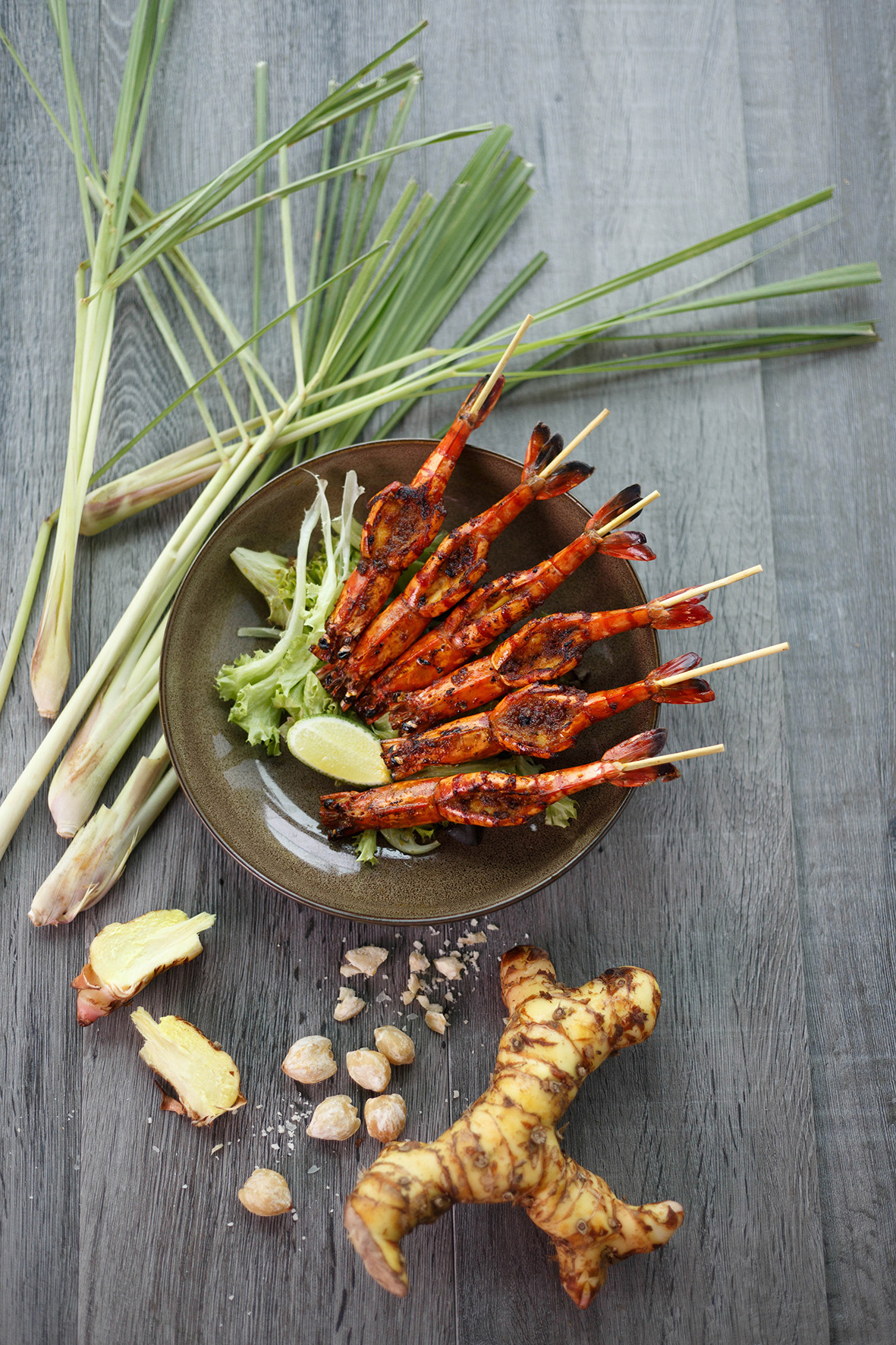 Asia 49, situated on the 49th floor of Far Eastern Group’s “Mega Tower,” New Taipei City’s tallest building, is managed by Shangri-La’s Far Eastern Plaza Hotel, Taipei and lauded by its authentic Southeast Asian cuisine and innovative cocktails. The restaurant’s stunning cityscape and rooftop garden with romantic ambiance have garnered its fame as “New Taipei City’s High-rise Restaurant with the Best View,” on par with renowned restaurants worldwide. After more than 6 months of operation, the food and beverage team decided to retain the popular selections while introducing all-new food and beverage creations from March 1st. With a 7-to-3 ratio between the new and previous items, “Asia 49” strives to serve up a trendy dining experience. The restaurant is open throughout the day, from Sundays to Thursdays between 11:30 to 23:00, Fridays and Saturdays from 11:30 to 24:00 midnight. For reservations, please call (02) 7705-9717 or (02)7705-9700.

Hailing from Penang, Malaysia, Head Chef Marcus Ng is a 33-year old Malaysian Chinese national that is the key figure behind Asia 49’s popularity. His work has taken him to Vietnam, Indonesia, Thailand, Maldives, Australia, Papua New Guinea, etc. Chef Ng has more than a decade of solid experience in luxury hotels and high-end restaurants. He joined Asia 49 since its pre-opening stage and has been in Taiwan almost a year now. His culinary philosophy boils down to “authenticity.” In addition to using many imported ingredients, most of his condiments and sauces are prepared from scratch to maintain the classic flavors. Chef Ng says, “Local guests adore Southeast Asian food.” He has catered to their preference by slightly cutting back the salt while preserving the flavor. This time, he added more than 30 new dishes that are his specialties while keeping the original, top 10 favorites, offering over 40 selections for guests to indulge in!

Among Chef Ng’s new savory dishes include Malaysian “Sambal Curry Prawns". Sambal is a common chili condiment in Malaysian, Indonesia and Singapore, and it is a medley of lemongrass, shallots, garlic and shrimp paste and a hint of seafood curry powder and coconut milk along with prawns, okra and cherry tomatoes. “Fish Noodles Soup” is a Penang Chinese favorite rice noodle dish with rich milky flavor. The other highlights include Lamb Shank Herbal Soup and KangKong Sambal Belacan or Spicy Shrimp Pasted Water Spinach in English. One Indonesian delicacy being featured is Balinese Babi Guling (Roasted Pork Rolls with Herbs , a Balinese exclusive. As the only Hindu part of the Indonesia, Bali is known for its roasted pig. Chef Ng reinvented the dish and turned it into Roasted Pork Rolls marinated overnight with crushed turmeric, lemongrass, chili pepper, scallions and galangal, roasted then served with the sizzling hot Sambal sauce.

As for the top ten signature items from the previous menu, don’t miss the first three on the list, and they are: Barbecue Baby Pork Ribs , Malaysian Chicken Satay Skewers (NT$300/8 skewers) and Thai Prawn Cakes . There is also “Seafood Curry Laksa”, which is on the Food Bucket List and Beef Rendang , which was the champion among “CNN’s 2011 World’s Top 50 Dishes.”

Hank Tseng, professionally trained mixologist, has worked in many renowned bars and lounges in Taipei with over 10 years of experience, bringing with him a solid background for creating a highly innovative beverage list that breaks mixology boundaries. Hank indicates that most of Asia 49’s clientele are comprised of the luxury apartment residents in Banqiao, white-collar office workers and families. Many of which are fans of classic wines or cocktails and tend to select their cocktails based on familiar fruits and Taiwanese flavors. In his new beverage menu, he added a Spirits section, including vodka, rum, tequila & brandy . Among the whiskey selections, several new additions from U.S., Scotland and Japan are now on offer . Exclusive Asia 49 Craft Beers are available along with virgin cocktails, coffee and tea. Other features are the Asia 49’s signature cocktails prepared by Hank, infused with Southeast Asian spices and Taiwanese elements in highly creative visual presentation.

Classic series include five, century-old classic cocktails, including Martini, Old Fashioned, Negroni, G&T and Rob Roy, to serve as the foundation for variations. Original series are Asia 49’s specialties, in particular, P. Diablo and Tea Note are infused with fine Taiwanese tea. The former is prepared with Tie-Gunayin Tea and Tequila while the latter is Bilochun Tea cold-brewed in Gin mixed with homemade Pouchong Tea Syrup. The Gentlemen and Lady series offer drinks for young men in their 20’s, such as Boy’s No.1, Cuba Man, a special cocktail for mature men in their 50’s, while Clouds Dream is a womanly drink served in a Chinese dress bottle-holder. Past and Future series is a popular list of the drinks from the old drink menu, including Singapore Sling and Generations, a combination of plum juice, bourbon whiskey and plum bitters. Last but not least, Punch series presents a bigger portion for 4-6 servings. Moscow Mule, for instance, is served in a classic, Chinese dragon washbowl for that extra interactive experience. Cocktails starts at NT$300 per glass and the Punch options are priced at NT$980 per order.