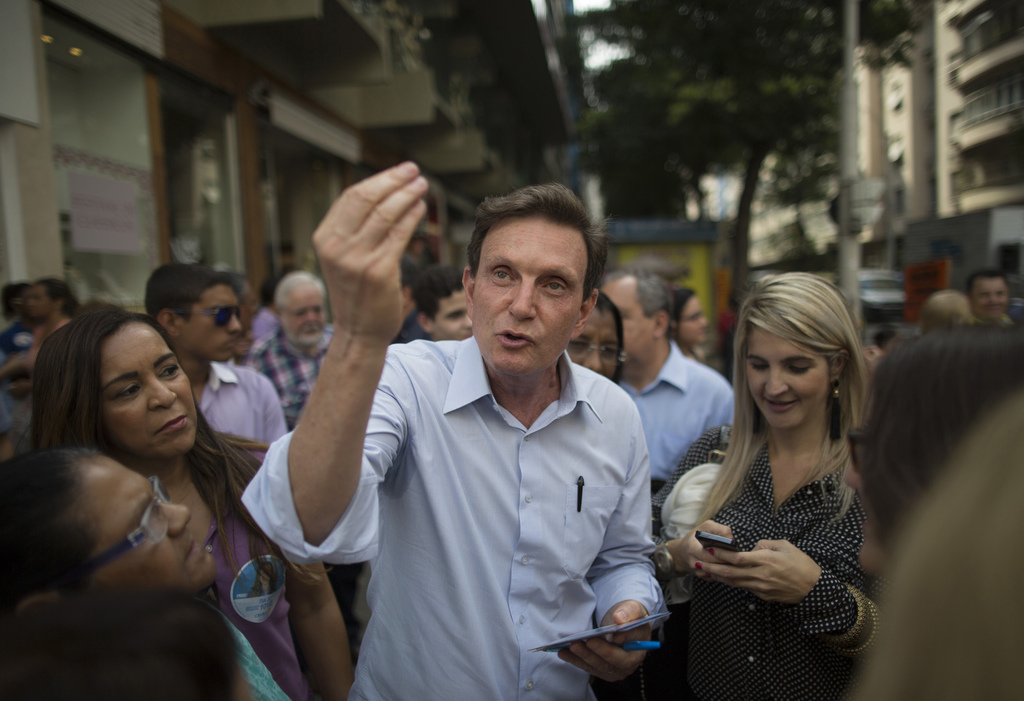 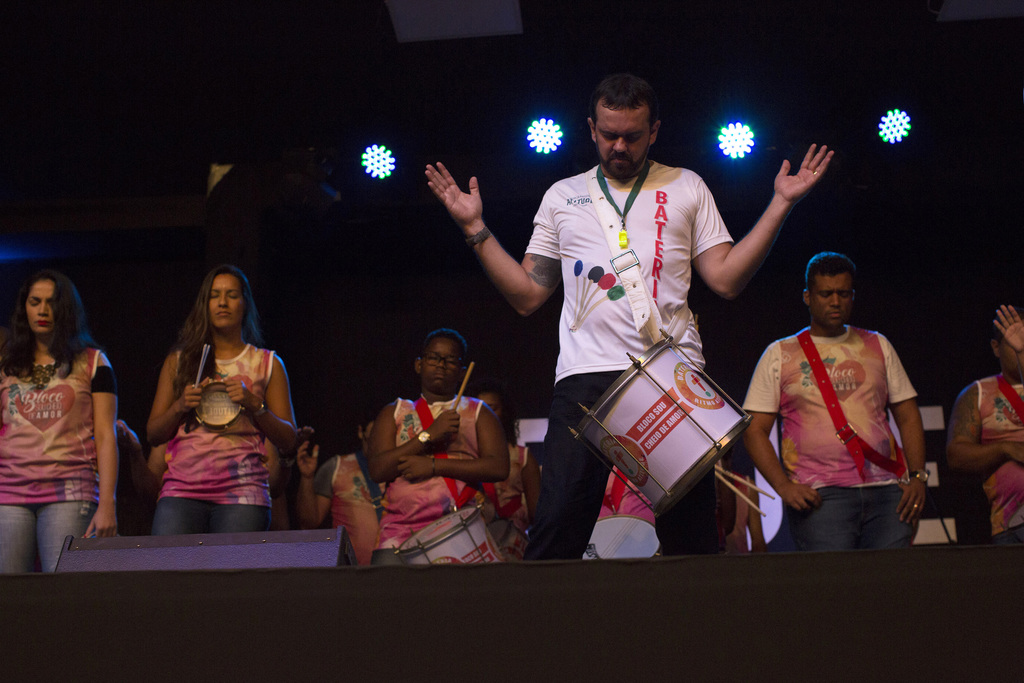 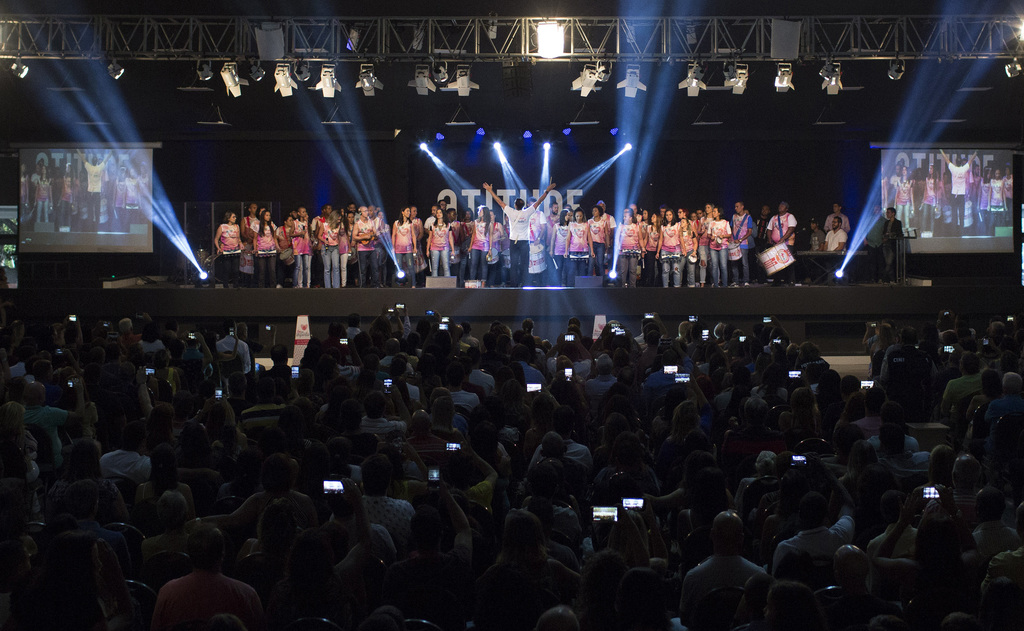 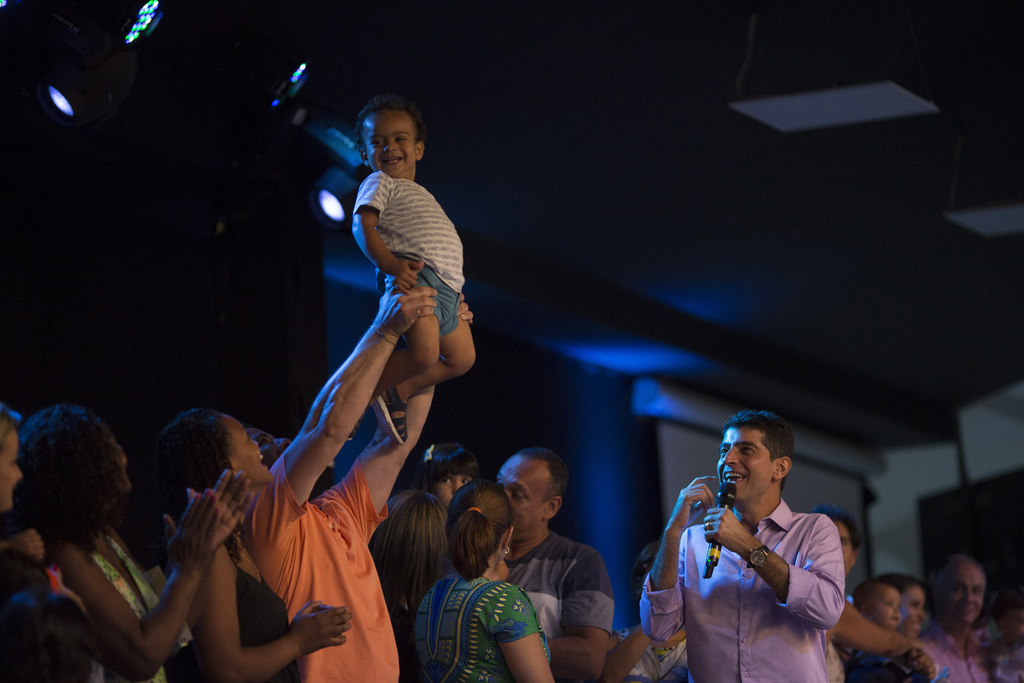 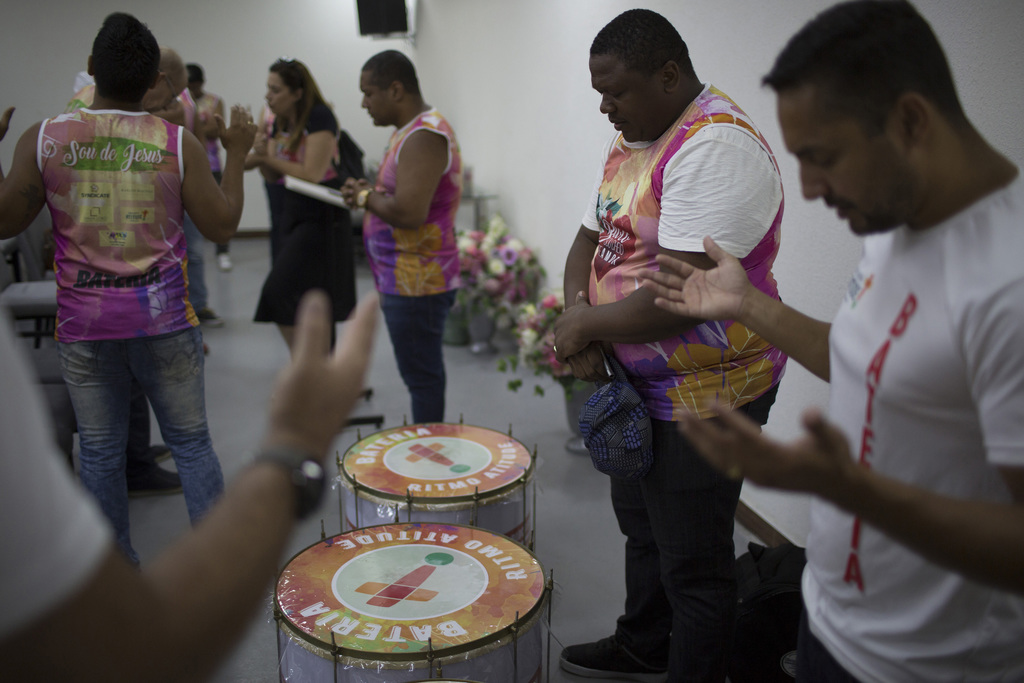 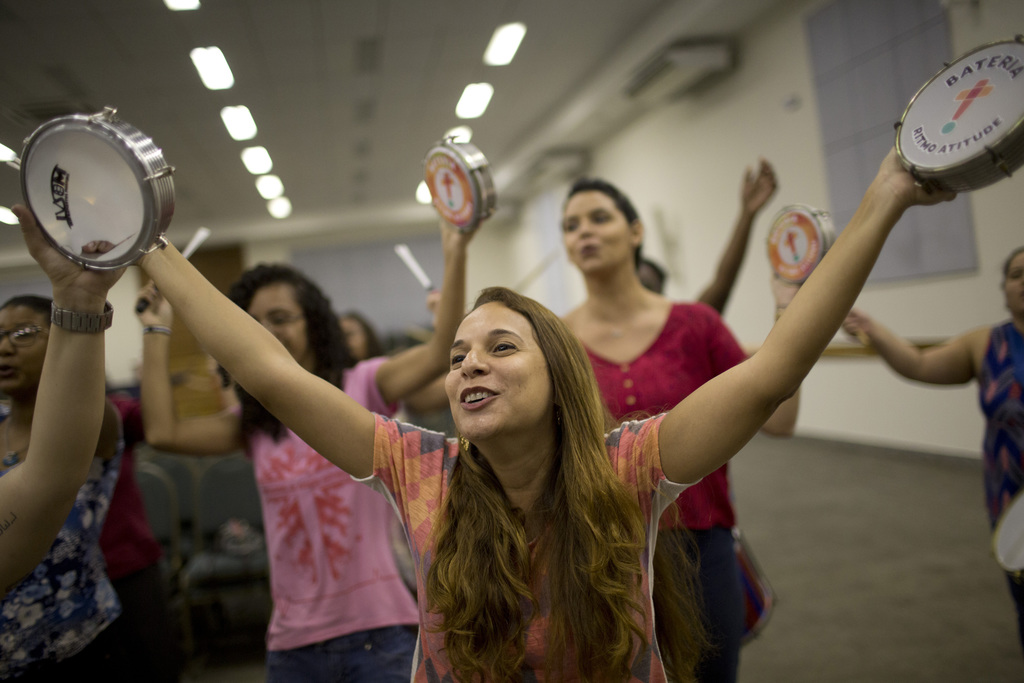 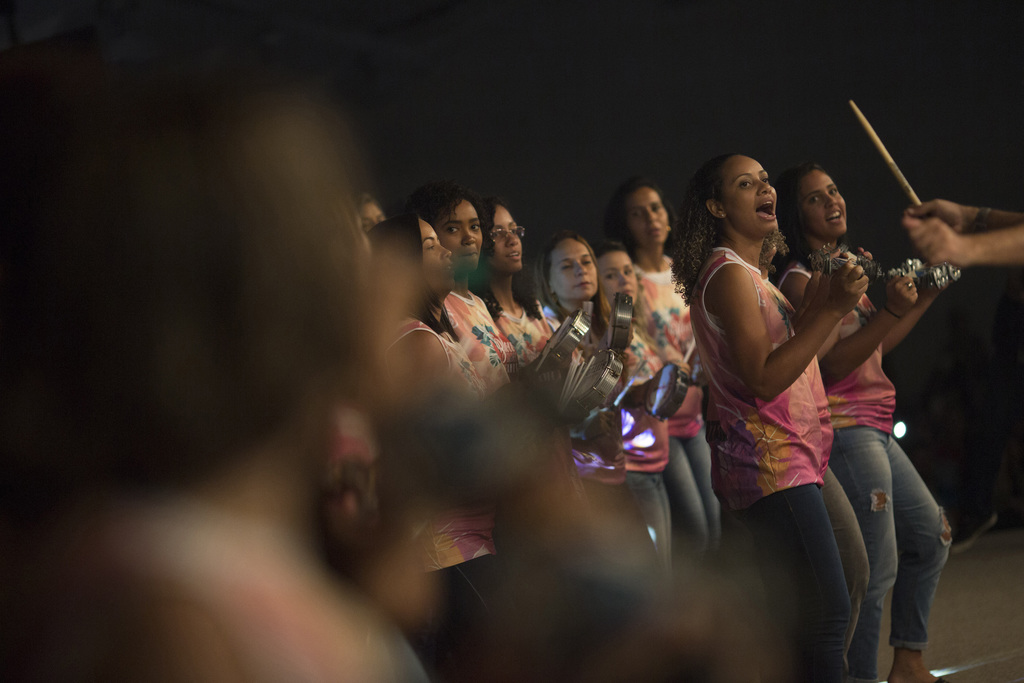 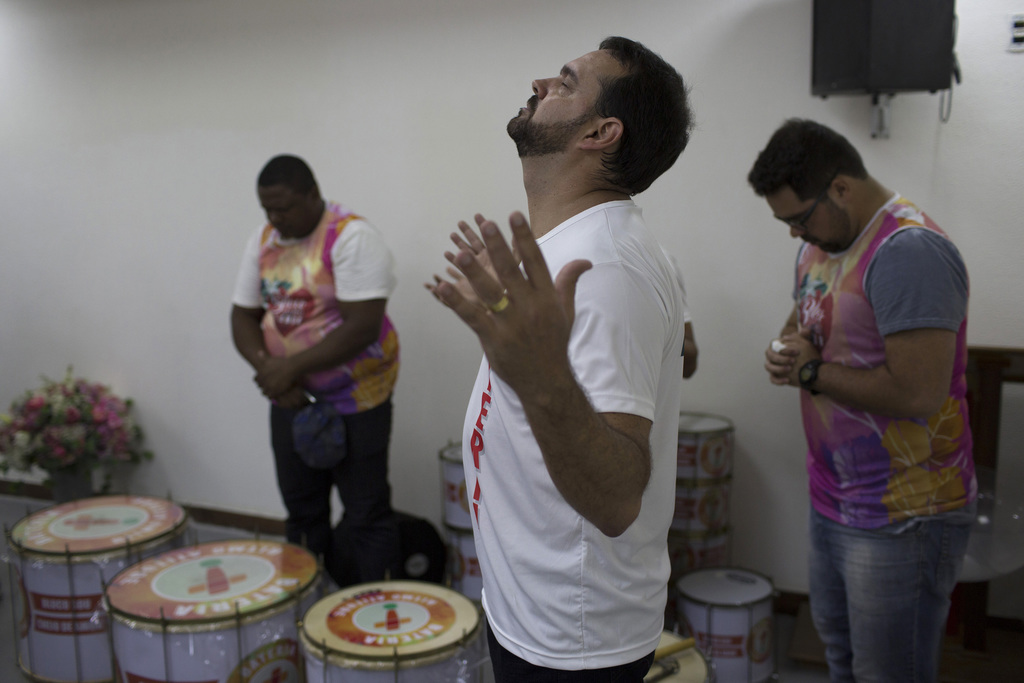 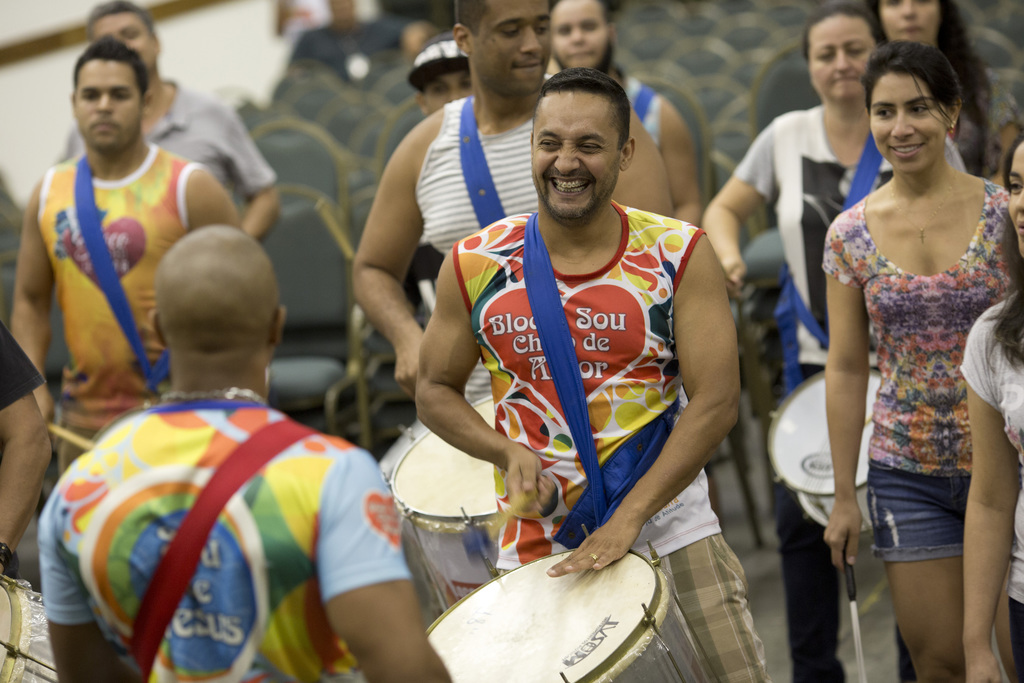 RIO DE JANEIRO (AP) — While campaigning last year to become Rio de Janeiro's mayor, Marcelo Crivella, a retired Pentecostal bishop, insisted his faith would not get in the way of governing the nation's most famous city.

The former gospel singer and missionary, a high-profile member of one of Brazil's most powerful evangelical churches, captured 59 percent of the vote and took office Jan. 1. But less than two months into his four-year term, Crivella's promises are about to be tested by Carnival, Rio's annual weeklong party often marked by heavy drinking and drug use, wild sex and round-the-clock dancing.

The mayor's office signaled this week that Crivella may not participate in the festivities starting Friday.

That has many wondering how involved he will be, if at all. Would Crivella handle the traditional presentation of the city's key to "Rei Momo," or king of the party and carnal delights? Could his picture be taken at a popular samba school alongside voluptuous women wearing next to nothing?

The possibility he won't be present for the city's biggest draw, this year expected to bring in $1 billion in revenue, has sparked head-scratching by some, exasperation among others.

Given Rio's current economic crisis, "not showing up for Carnival doesn't seem like a smart thing to do," said Bernardo Mello Franco, columnist for the newspaper Folha de S. Paulo. "It's not like he would have to hug a half-naked woman. His function is simply one of protocol."

"The mayor should participate in Carnival," insisted Haroldo Costa, a cultural historian in Rio. "He is the host."

Crivella's office declined to make him available for an interview or say what he would do during the Carnival period if he doesn't attend. Local reports have said he may travel to Israel.

In a statement to The Associated Press, a Crivella spokesman said the mayor was responsible "for matters related to administration and infrastructure of Rio de Janeiro" and questions about his faith "were not relevant to the city or the (Carnival) party."

But many Cariocas, as Rio residents are known, disagree. O Globo, the city's largest daily, went so far as to analyze what other mayors have done during Carnival. Its conclusion: If Crivella doesn't go, he would be the first mayor in modern times to not attend the opening ceremony — at least his first year in office.

The seeming indifference contrasts starkly with the attitude of former Mayor Eduardo Paes, a mainstay at Carnival functions during his eight years in power.

Josue Valandro Jr., a pastor at a Baptist church in Rio that participates in the traditional folklore aspects of Carnival, said Crivella's ultimate decision should be respected.

"Society is always saying that evangelicals are judgmental," said Valandro. "Crivella isn't obligated to turn over the key (to the city). We need to learn to respect others."

Participating in Carnival is not unheard of for evangelicals, some of whom organize street parties and use the event to recruit church members.

Evangelicals have enjoyed a growing role in politics in a country that is both a center of extraordinary growth for their churches and also home to more Catholics than any other country in the world.

Twenty-two percent of Brazilians currently identify as evangelical Christians, up from 5 percent in 1970. A shortage of Catholic priests combined with evangelicals' willingness to work in slums plagued by drug-trafficking and violence have helped them mobilize voters.

Congress' "evangelical bloc" representing about a fifth of seats in both chambers has emerged as a political force that was influential in President Dilma Rousseff's removal last year and pushes for conservative laws.

Still, many Brazilians still reject evangelical faiths, seeing them as contrary to the live-and-let-live attitude that remains a strong part of national culture. So Crivella, who was twice elected as a federal senator, has learned to appeal to a wider base.

When he was running last year, the 59-year-old former bishop in the Universal Church of the Kingdom of God promised he would not try to alter major city events, such as Carnival or an annual gay parade. He also apologized about disparaging comments he made about gays, Catholicism and Afro-Brazilian religions in a book about working as a missionary in Africa.

Nevertheless, Brazil's only openly gay congressman, Jean Wyllys, who represents Rio, believes that by not participating in Carnival, Crivella would be suggesting "he'll only govern for evangelicals."

"If that is the case," said Wyllys, "he should not have become mayor."