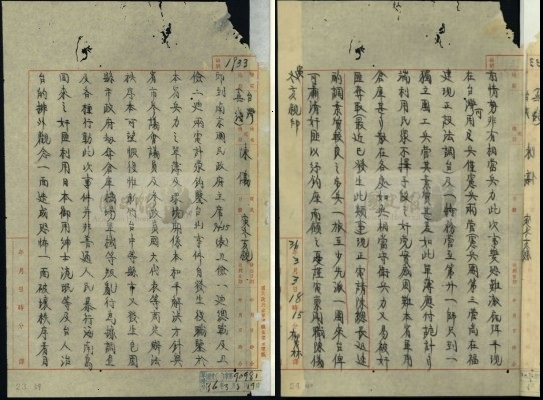 One of the darkest pages in Taiwan history was opened in February 1947, when Kuomintang leader and President Chiang Kai-shek sent in his troops to help his local governor, Chen Yi, put down an uprising. The “228 Incident,” as it became known, was not a one-day event, but a long period of repression, suffering, and human rights violations on a large scale.

Even at present, it is not clear whether the death toll in the fighting, executions and disappearances was closer to 18,000 or to 28,000, figures often put forward in present-day commentaries.

One interesting aspect is the treatment of Taiwanese historical events by China, especially since the “228 Incident” is seen as a key event in the history of the Taiwan Independence movement, one of Beijing’s biggest foes.

The communist country has already announced it will be marking next week’s 70th anniversary, a feat difficult to do without criticizing the KMT, over the past decade its most reliable friend in Taiwan. It looks like China’s Communist Party will no longer spare the KMT in its commemorations of history and that the “honeymoon” between the two parties is over.

First there was the extension of the war of resistance against the Japanese from 1937-1945 to 1931-1945 and the playing down of the KMT’s part in that struggle. Last year, China also celebrated KMT founder Sun Yat-sen’s 150th anniversary.

In a recent speech, Zhang Zhijun, the chairman of China’s Taiwan Affairs Office, attempted to picture Beijing as the party that did not go back on its promises and that remained faithful to elements such as the “1992 Consensus.”

However, looking back at the viewpoints of the Communist Party on a range of issues going back to their civil war against the KMT, it is clear they were not consistent at all.

Before 1949, the Communists made repeated calls for more democracy, and for similar changes in Taiwan, where they condemned colonialism and imperialism, even voicing support for Taiwan Independence.

After the 228 Incident in 1947, Mao Zedong himself reportedly broadcast a speech in which he praised the struggle of the Taiwanese people against Chiang Kai-shek and against the KMT, and said the Communist Party approved of Taiwan setting up the nation it wanted itself.

After gaining power in China in 1949, the Communist Party continued to laud the opposition in Taiwan against the KMT, a critical attitude which continued into the 1970s and 1980s, when the island’s democracy movement gained strength in the face of KMT repression.

Beijing’s view did not change significantly until 2005, when KMT chairman and Taiwan opposition leader Lien Chan made his “ice-breaking” visit to China. The government of President Chen Shui-bian turned into a common enemy for Communist Party and KMT.

The visit opened up a honeymoon period for China’s official views on history, but that era looks almost about to end.

Beijing now says Sun Yat-sen reformed the KMT under the leadership of the Communist Party, while again it emphasize the latter’s leading role in the resistance war against Japan, and accuses Chiang of wanting to slow down the war.

As to the 228 Incident, China in the past mostly held small-scale closed-door discussions about the event, but this time the KMT is likely to feel the heat as Beijing might on the one hand lambast its former ally and on the other hand try to curry favor with the public in Taiwan, which has turned its back on its former ruling party.

The end of the honeymoon period between the Communist Party and the KMT could be seen as paving the way for the Chinese governing party’s 100th anniversary in 2021. Beijing will extend the achievements of the Communists in time to the earliest period of the Republic of China and of its own existence, and in space to the fight of the Taiwanese people against oppression.

Taiwan itself is also still struggling with the facts of that era, and next week’s 70th anniversary forms an excellent occasion to give the nation’s resolution of that dark period a renewed impetus.

Under Martial Law, the topic was a complete taboo, leaving many Taiwanese unaware of one of the main events in their modern history. While that secrecy is over now, there are still many details which have remained confidential.

As President Tsai Ing-wen said Thursday, the full extent of the truth should be uncovered and responsibilities for the massacre and the massive repression should be determined. The period of “White Terror” lasted for several years after the 1947, with Martial Law forming a convenient cover for continued human rights abuses.