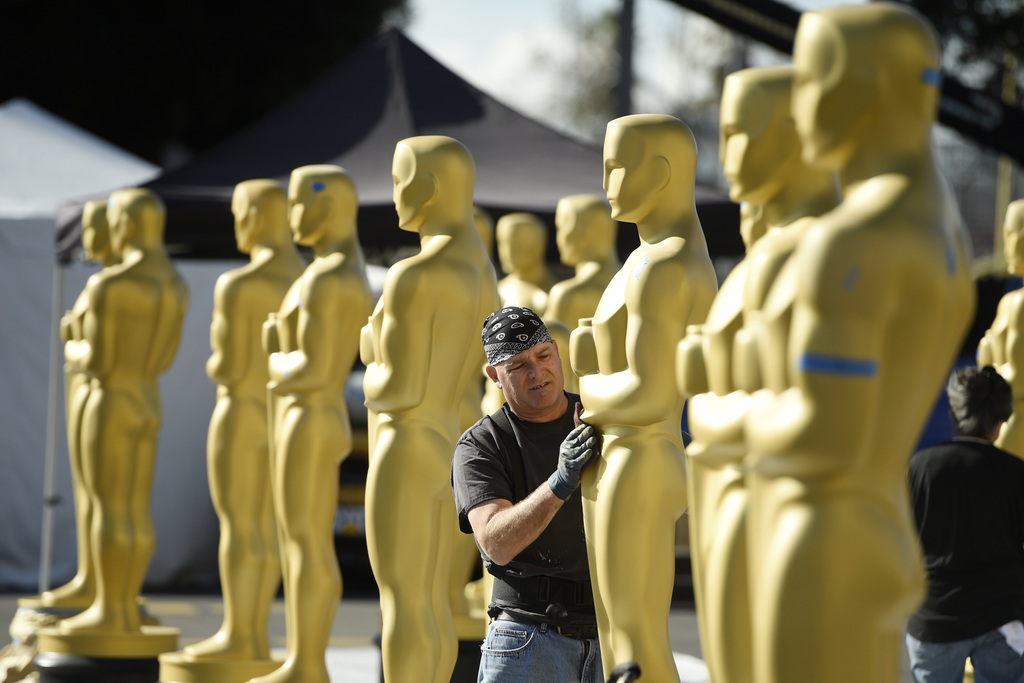 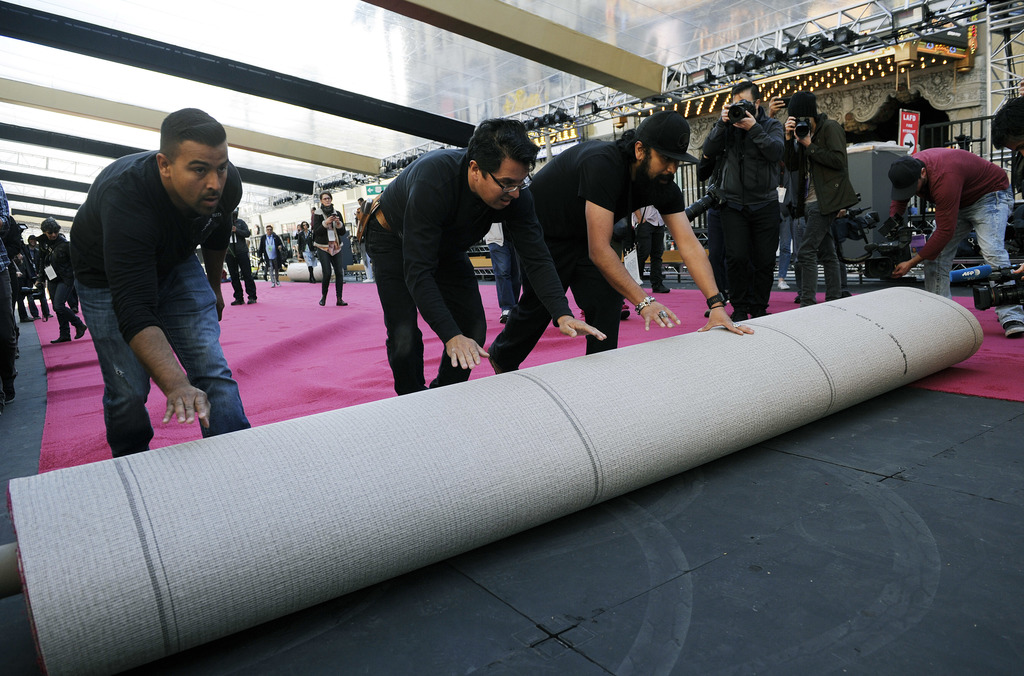 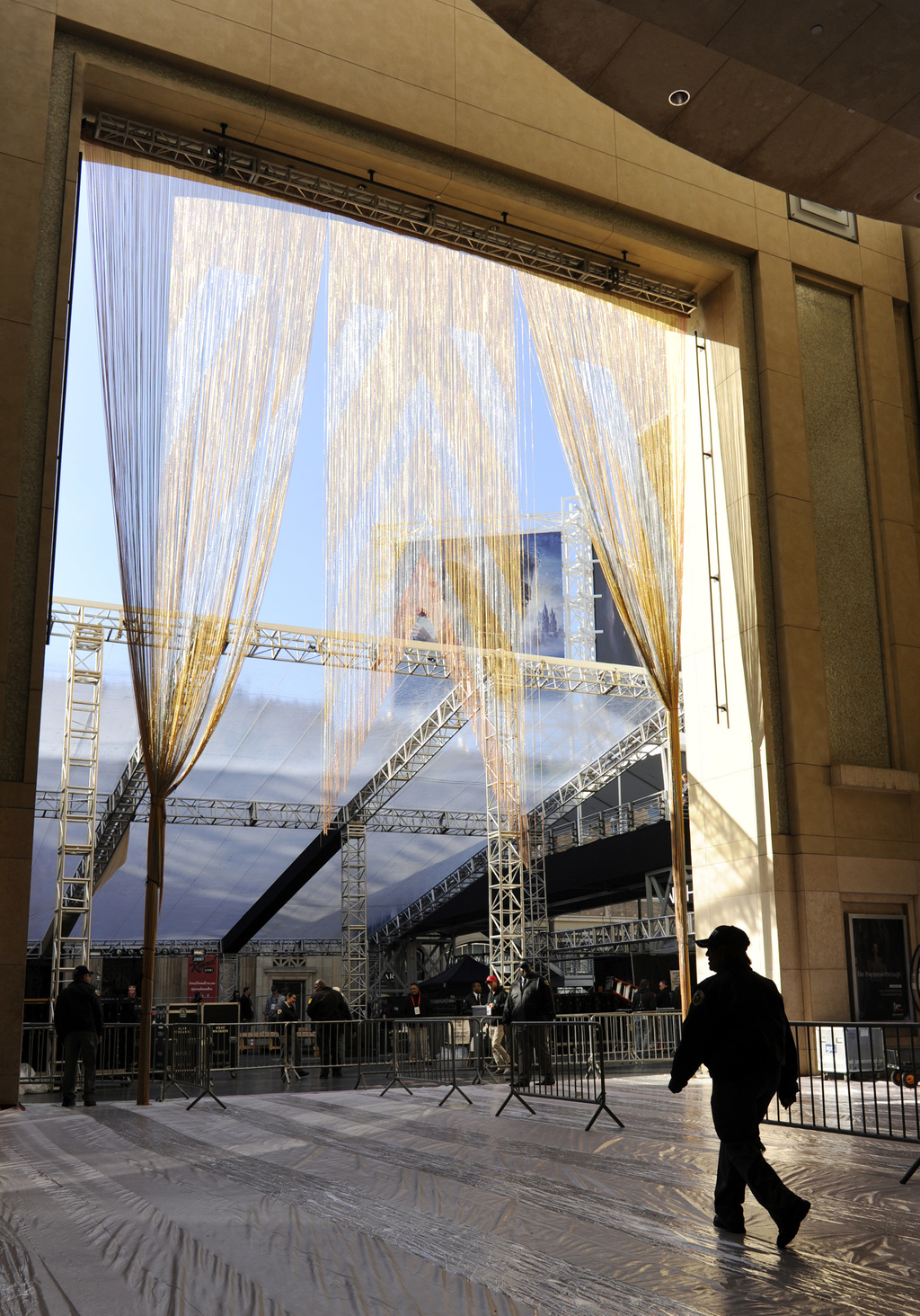 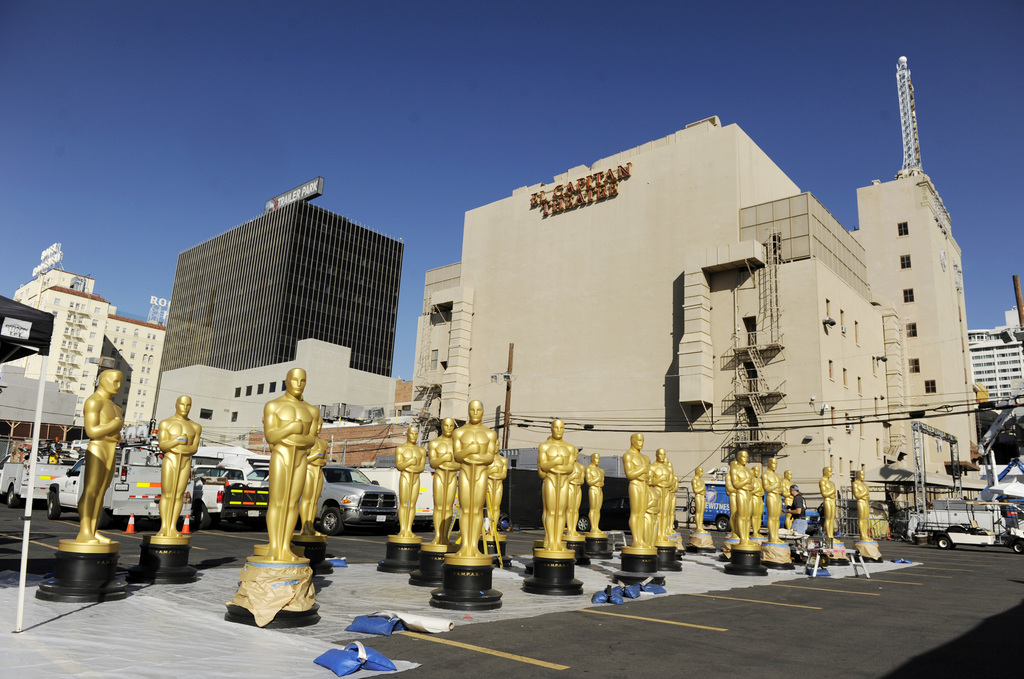 LOS ANGELES (AP) — If the Oscars had doubled down on nominating films with actors named Ryan, the ceremony's chances for a ratings bounce might be as likely as host Jimmy Kimmel's Trump jokes.

"The fact that 'La La Land' is a musical, it's a feel-good movie, it's a romantic movie, it does bode well for the ratings this year," said Paul Dergarabedian, senior analyst with media research firm comScore.

The modern reimagining of a classic Hollywood musical received a record-tying 14 nominations, including for best picture, its stars and writer-director Damien Chazelle. "La La Land" has dominated other awards, including the Golden Globes and Screen Actors Guild.

Among the eight other competitors are "Moonlight," ''Manchester by the Sea" and "Fences." Missing in action despite an unfilled 10th slot: superhero romp "Deadpool." That means the ceremony, which last year posted its smallest audience in eight years (34 million), can't ride the movie's $363 million box-office coattails to ratings glory.

The comparable North American take for "La La Land," $134 million and counting, is far from shabby. The same goes for the top-grossing nominee, "Hidden Figures," which has surpassed $144 million, according to comScore.

And there will be no shortage of high-wattage star power in the three-hour ceremony. The nominees include heavyweights Denzel Washington ("Fences") and Meryl Streep ("Florence Foster Jenkins"), with presenters ranging from newcomers (Felicity Jones, Riz Ahmed) to veterans (Samuel L. Jackson, Shirley MacLaine).

The tunes are courtesy of top-tier musicians performing nominated songs, including John Legend ("Audition" and "City of Stars" from "La La Land") and Justin Timberlake ("Can't Stop The Feeling" from "Trolls").

With Washington among several African-American nominees, the "OscarsSoWhite" protests that marked last year's event — and gave host Chris Rock ample comedy fodder — are absent. Instead, as with other recent awards shows, President Donald Trump could be a prime target of Kimmel's quips and those seeking to vent.

The president "absolutely" will be mentioned during the show, Kimmel said, but how much depends on the news of the day. The comedian downplayed the possibility of backlash from Trump supporters.

"I think smart people know funny is funny," Kimmel said. "Everybody, for some reason, has decided that they have to pick a side, and I think people would be a lot happier if, when they heard a joke, they enjoyed the joke and didn't attach some kind of rooting interest to it."

But scattered and competing calls have already arisen for a boycott of the telecast or the ceremony itself, from those fed up with Hollywood's activism and industry insiders seeking to make a statement about Trump's policies.

Whatever the evening's tone, an inescapable truth is that bigger movie grosses mean better Oscar ratings: "Titanic," which brought in more than $600 million domestically, holds the record with 55 million viewers in 1998. The ceremony also boasted audience favorite Billy Crystal as host.

"We're a little envious of that that era because it means more eyes on the telecast. .... But you play the hand you're dealt," he said.

In the cynical view of one Oscar watcher, that hand reflects the increasingly entrenched attitude of movie academy members about which films are worthy of honors.

"The individual (Oscar) voters aren't thinking of the ratings. They're simply invested in being snobs," said Tom O'Neil, editor of the awards-prediction website GoldDerby.com. "In recent years, they're embracing art-house films and message movies, specifically indie films. They automatically perceive that as art."

Even the expansion of the best-picture category to 10 potential nominees, which followed the snubbing of 2008's critically acclaimed blockbuster "The Dark Knight," has largely failed to dent voter resistance to box-office champs.

"Titanic" filmmaker James Cameron put it bluntly in an interview last month. The movie academy considers its "patrician duty to tell the great unwashed what they should be watching,'" not rewarding what viewers pay to see, Cameron told The Daily Beast. "And as long as the academy sees that as their duty, don't expect high ratings. Expect a good show, and do that duty, but don't whine about your ratings."

Advertisers remain game despite a 7 percent decline in viewers last year, with ads going at about the same rate as 2016's $2.15 million per 30-second spot and for up to $2.5 million, according to Advertising Age. (TV's undisputed blockbuster, the Super Bowl, reportedly brought up to $5.5 million for 30-second ads on Fox this year.)

De Luca and Todd say the TV audience is their top priority, ahead of the celebrities packing the Dolby Theatre on Hollywood Boulevard.

"There are 3,000 people in the room and there's hundreds of millions of people around the world, so we want to make sure that it's a great televised show," Todd said.

The key to that is to invoke film's power to create a shared experience for moviegoers and remind them they're "not alone in the universe," De Luca said. "That's how we think we will connect with the concerns of average people who just want to go to the movies and be transported for a couple hours."

Lynn Elber is a national television columnist for The Associated Press. She can be reached at lelber@ap.org and on Twitter at http://twitter.com/lynnelber.