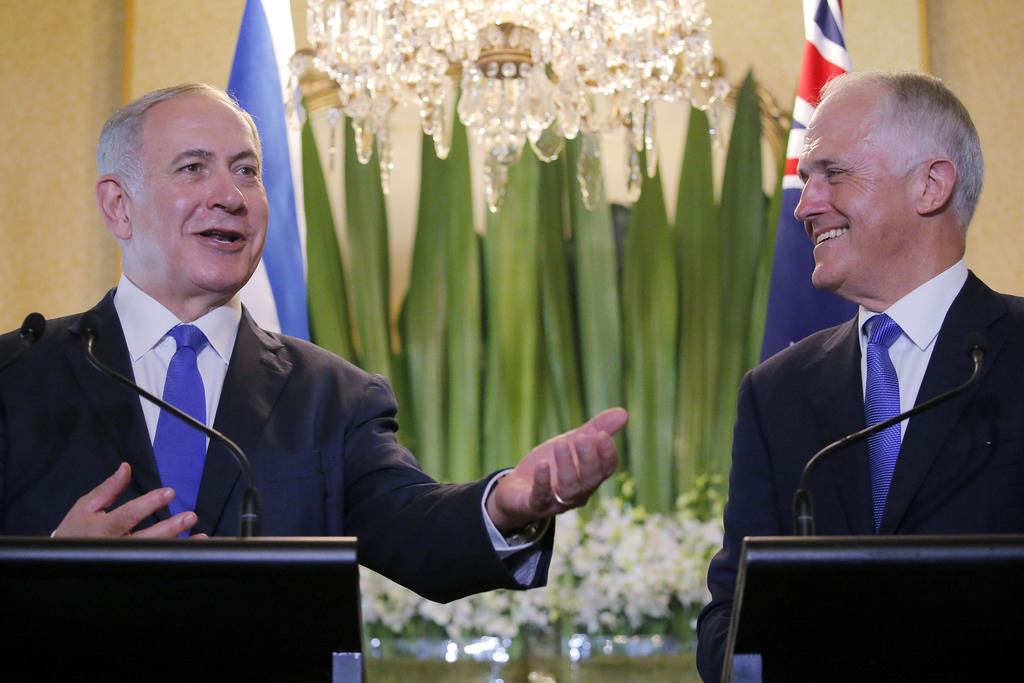 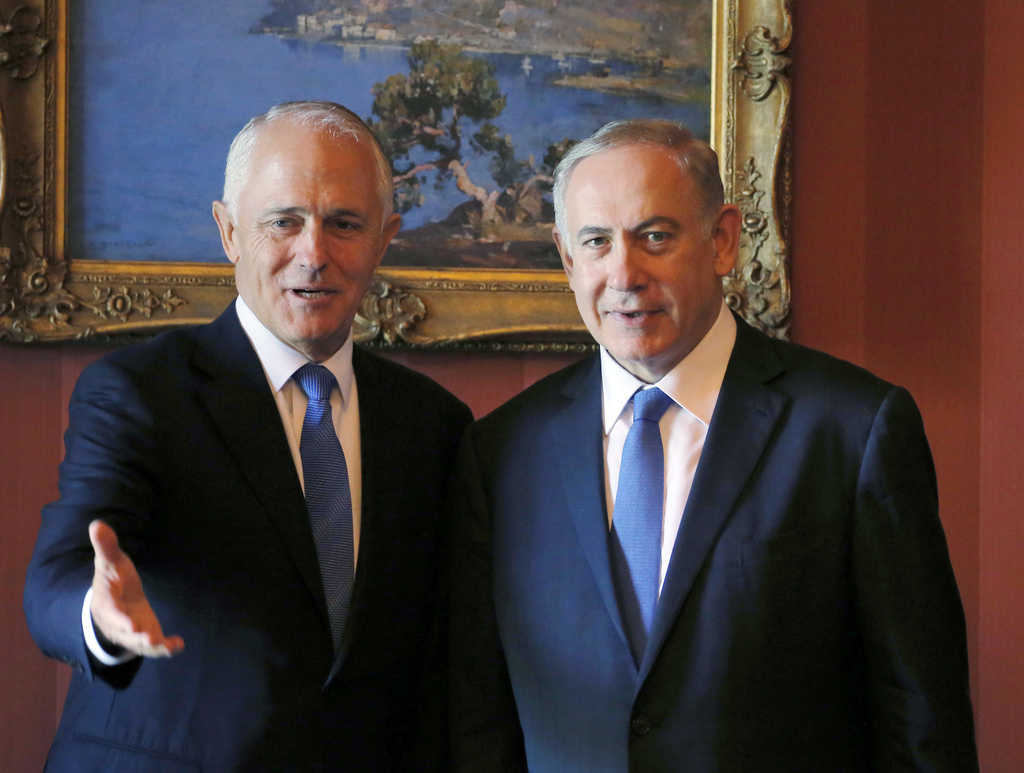 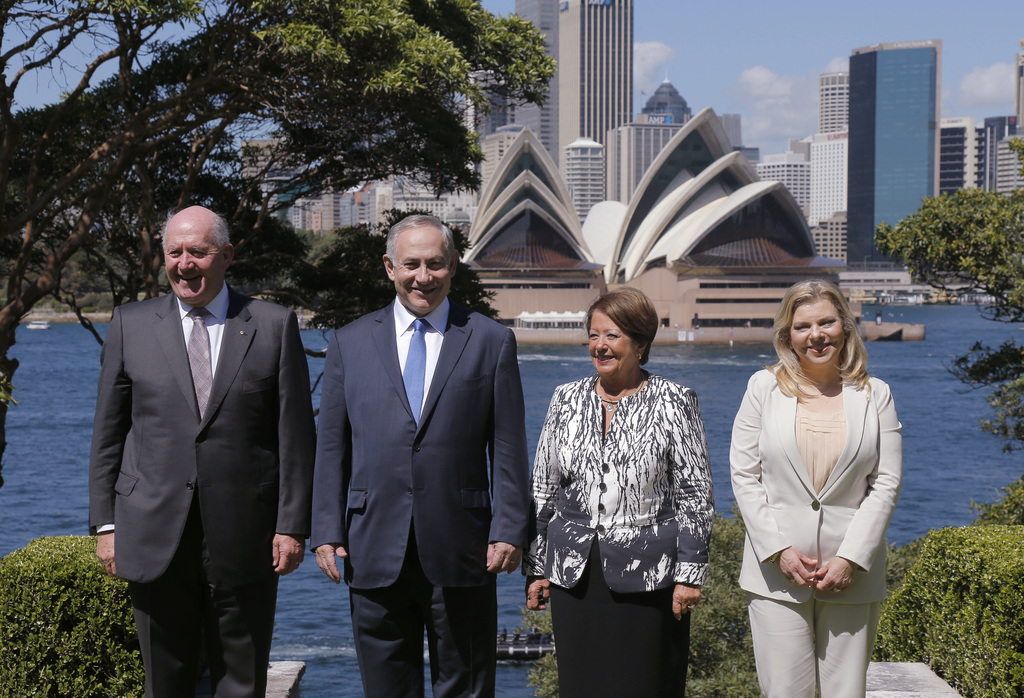 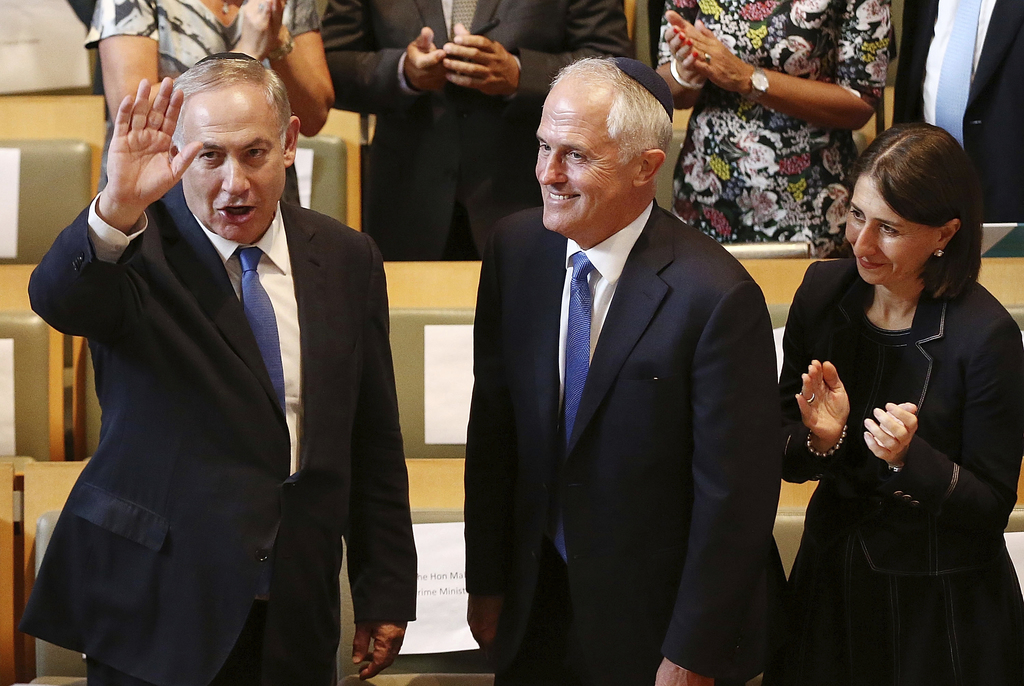 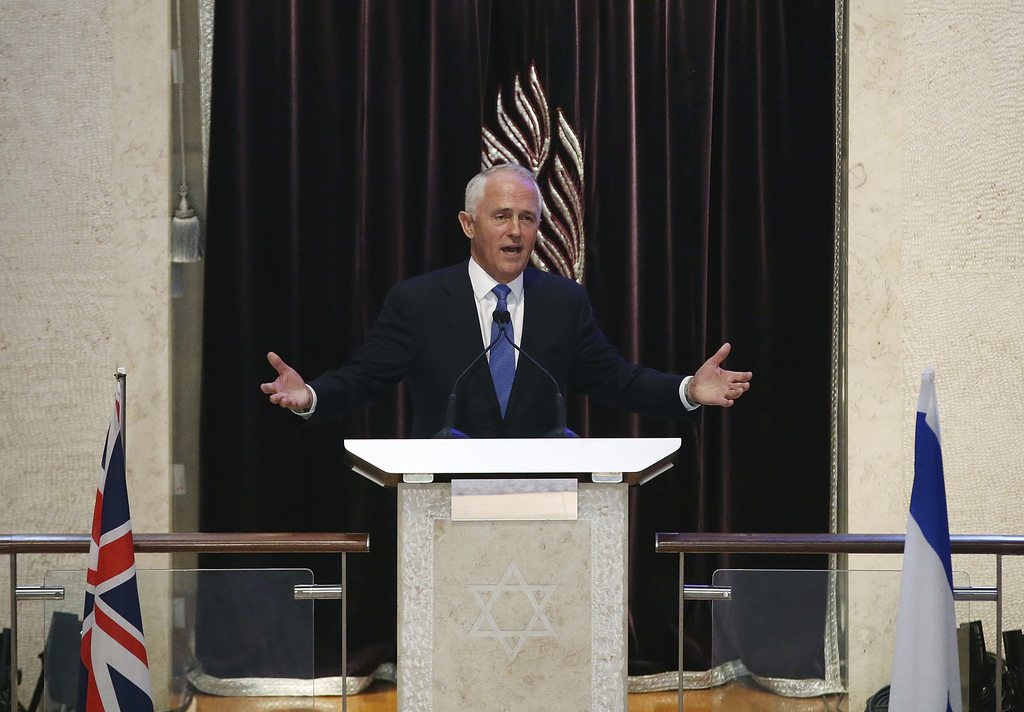 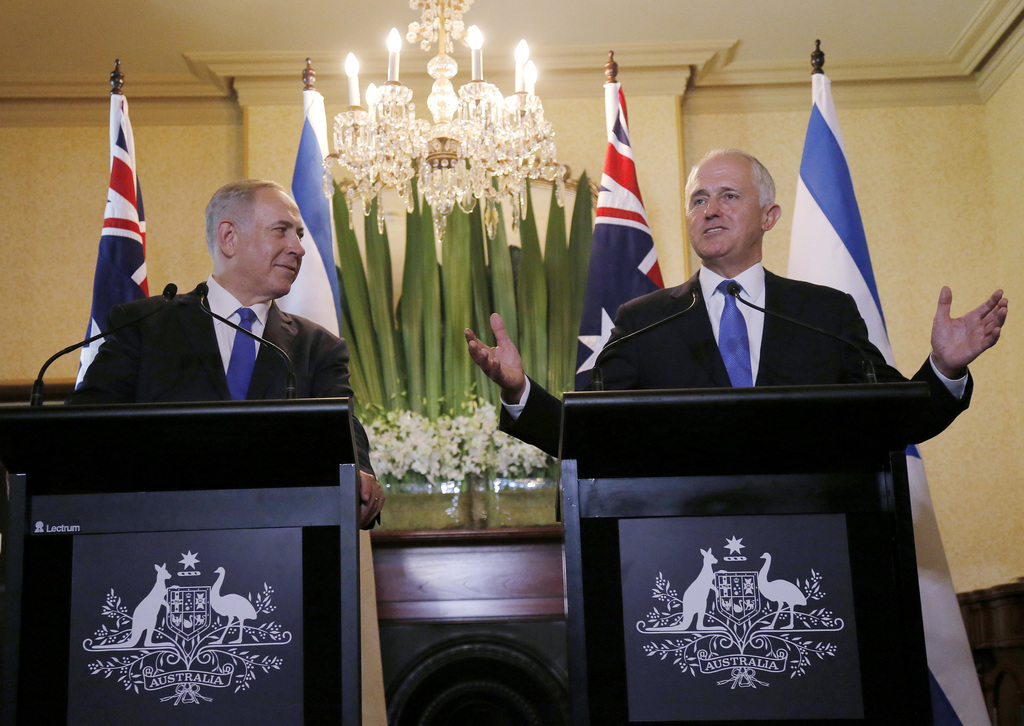 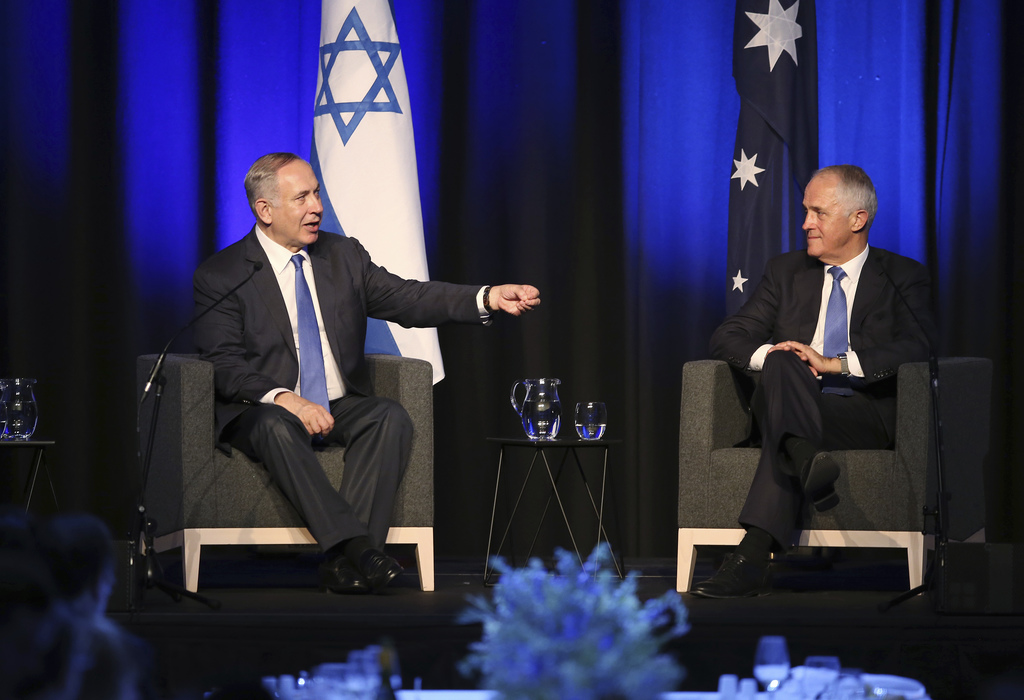 Prime Minister Malcolm Turnbull marked the first visit to Australia by a serving Israeli leader by writing an opinion piece in Wednesday's The Australian newspaper that backed Netanyahu's criticism in 2015 that the United Nations General Assembly had adopted 20 resolutions critical of Israel in the preceding year and only one in response to the Syrian war.

"My government will not support one-sided resolutions criticizing Israel of the kind recently adopted by the U.N. Security Council and we deplore the boycott campaigns designed to delegitimize the Jewish state," Turnbull wrote, referring to the Dec. 23 resolution condemning Israeli settlements in the West Bank and east Jerusalem as a "flagrant violation" of international law.

The United States abstained from that vote and Australia, while not a member of the security council, was one of the few countries to publicly support Israel's position.

Netanyahu said he was delighted to read the article at the start of his four-day Australian visit.

"Australia has been courageously willing to puncture U.N. hypocrisy more than once, including this absurd resolution that said the Western wall, the most sacred site for the Jewish people for thousands of years — thousands of years even before the rise of Islam — that this is occupied Palestinian territory," Netanyahu told reporters.

"So the U.N. is capable of many absurdities and I think it's important that you have straightforward and clear-eyed countries like Australia that often bring it back to Earth," he said.

Turnbull reiterated his support for a two-state solution to resolve the Palestinian conflict and described Australia as a committed and consistent friend of Israel.

"I agree with you in that the circumstances of the times ... do appear to create the opportunity where perhaps the moons aligning such that this could be a good time ... for the parties to come back to the table and reach an agreement, but, of course, as with any agreement, it needs two to tango," Turnbull told Netanyahu.

"I ask both former prime ministers to ask a simple question: What kind of state will it be that they are advocating? A state that calls for Israel's destruction? A state whose territory will be used immediately for radical Islam?" Netanyahu said.

Netanyahu and Turnbull signed agreements on technology and air services as well as discussed expanding co-operation in areas, including cyber-security, innovation and science.