Police were notified about a large pile of rotting, lifeless chickens nearby an industrial road in Hukou area in Hsinchu on Feb. 16, 2017, maggots found in the carcass and the pungent odor emanating at the site suggested the chickens had been decaying for at least three to four days.

A poultry farm in Xinpu area is suspected of discarding the dead chickens and more than 10 bags of chicken feed near the industrial road, as police found the same type of bird feed bag used to stuff the diseased birds and deceased chickens at the farm.

The latest case reported in Hsinchu increases the number of counties affected by the bird flu from five to six, and brings the total cases of the current H5N6 outbreak to 17, according to Council of Agriculture’s (COA) latest statistics.

Earlier Monday, the COA reported three new cases confirmed last Saturday, including a chicken farm in Yunlin County, a goose farm in Chiayi County and ducks at a slaughterhouse in Yilan County. The case in Chiayi marks the first case of bird flu in geese discovered in Taiwan this year.

As of Sunday, all the cases reported were from eight poultry farms in Hsinchu County, Yunlin County, Chiayi County, Tainan City, Yilan County and Hualien County.

An outbreak of the contagious H5N6 that is transmittable to humans has led to the culling of 188,696 birds in 28 poultry farms and five slaughterhouses, stated the COA.

The COA rolled out nationwide ban on the shipping and slaughtering of poultry for seven days beginning on Feb. 17, 2017, leading some poultry sellers to raise chicken breast retail prices by NT$10 per kilogram in traditional markets.

The COA deplored the hike in chicken prices by poultry sellers, stating prices remained stable in the aftermath of the mass cullings at NT$27 per 600 grams.

Retailers that violate fair trade acts by driving up prices of chickens through negotiations, contracts, alliances, or purposely reduce the poultry supply can face a maximum fine of NT$50 million or be fined more than 10 percent of their annual revenue in more serious cases, warned Taiwan’s Fair Trade Commission. 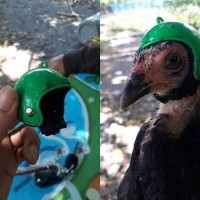 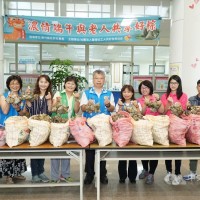