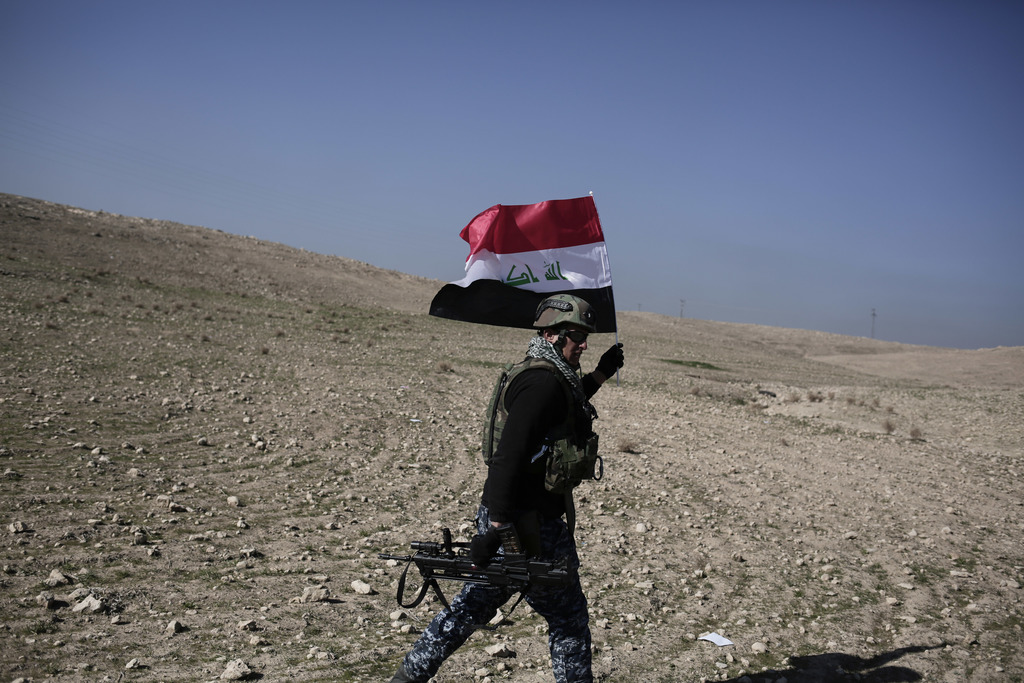 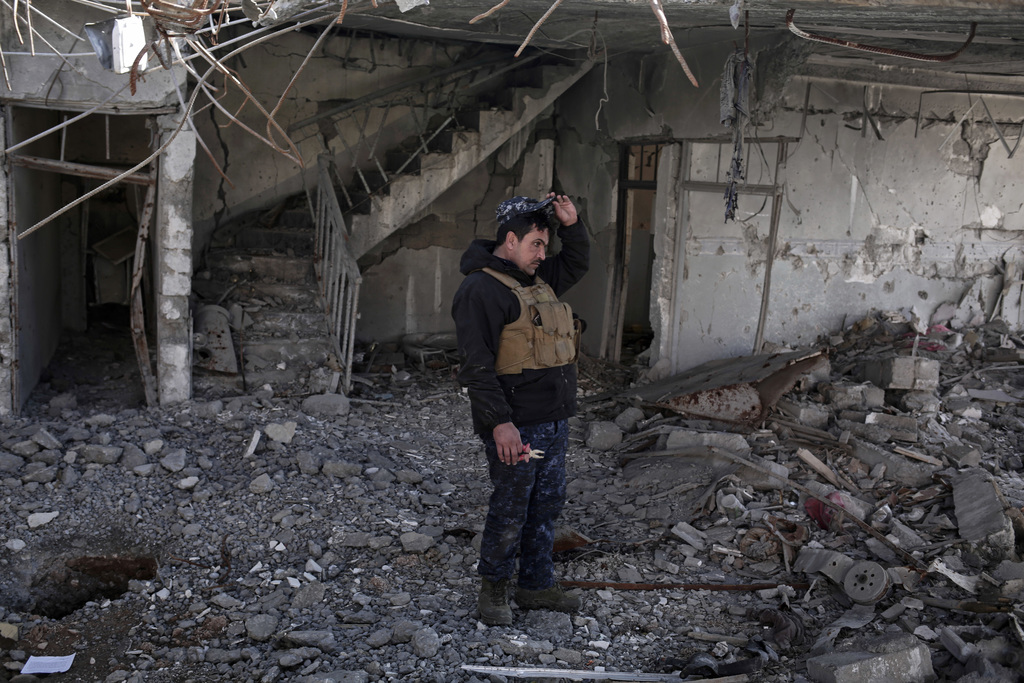 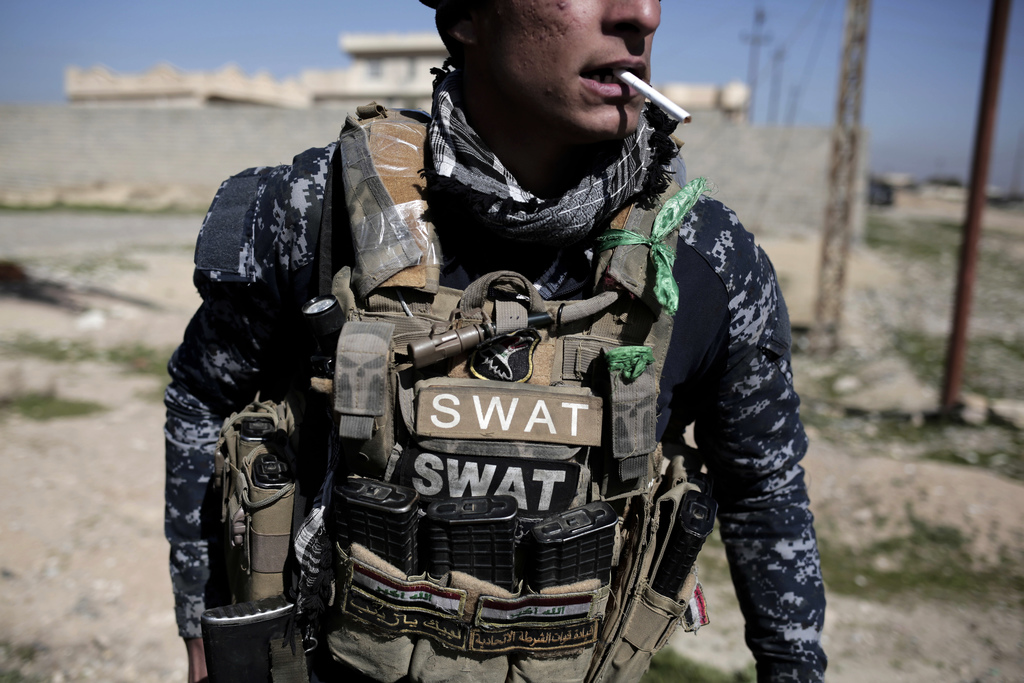 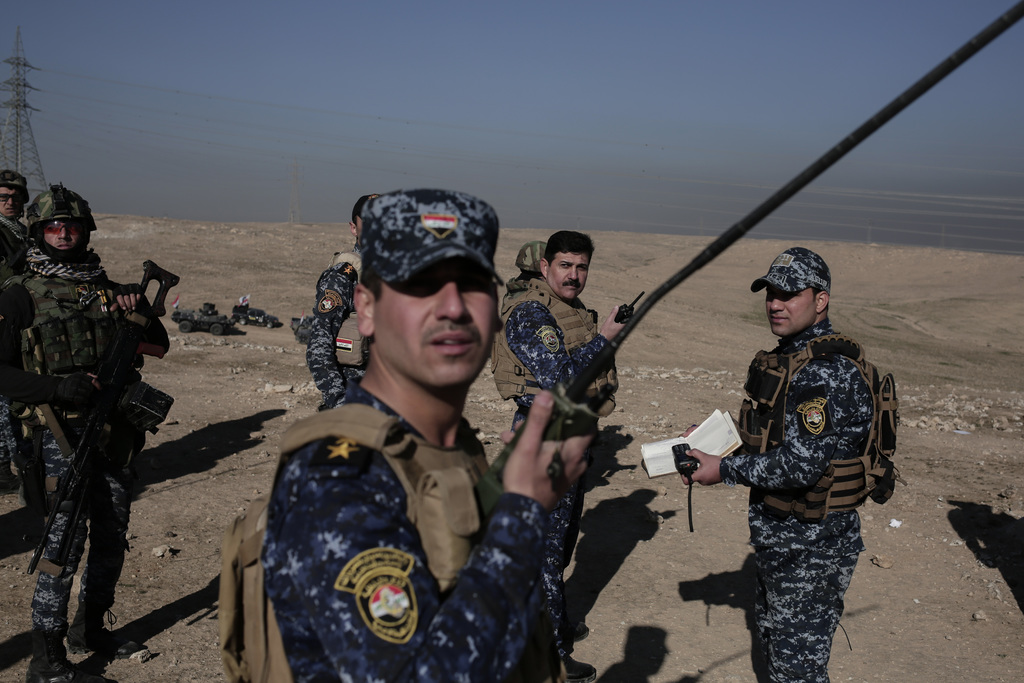 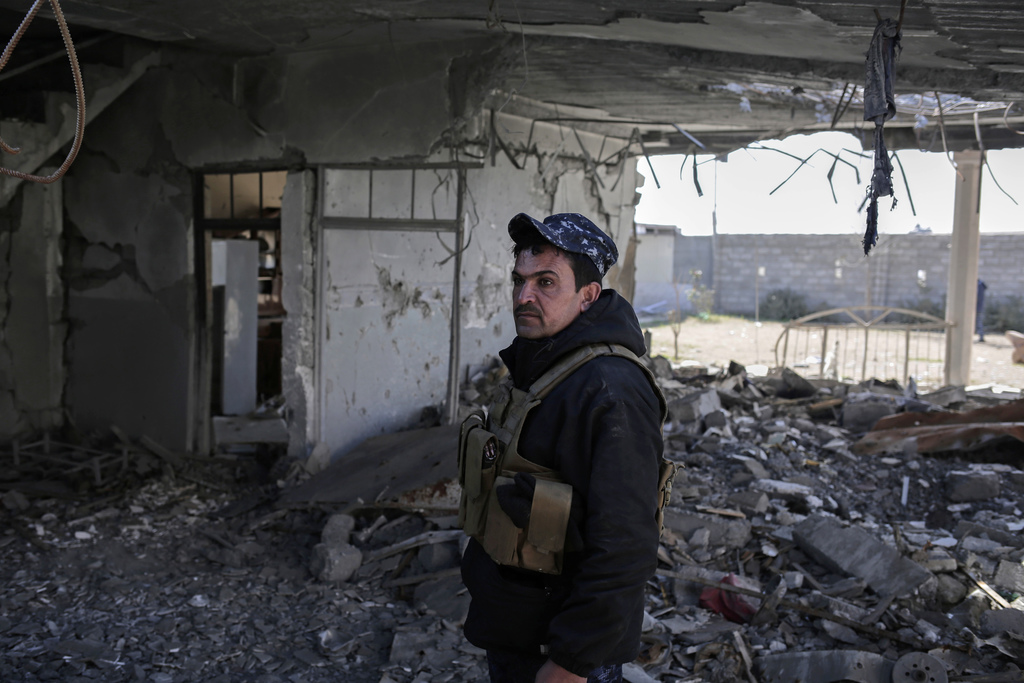 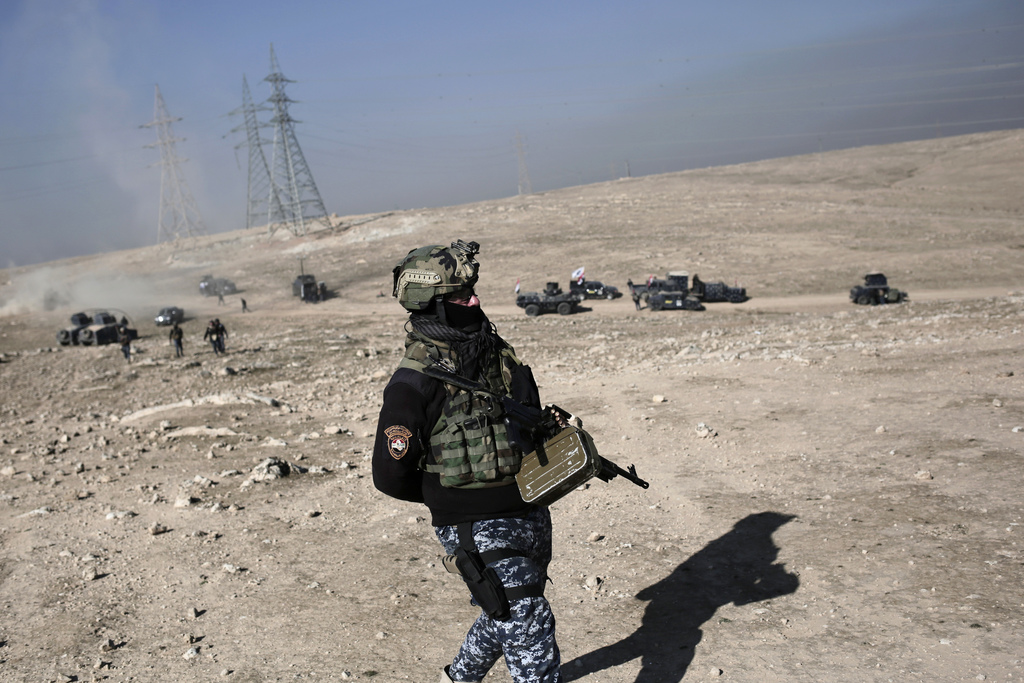 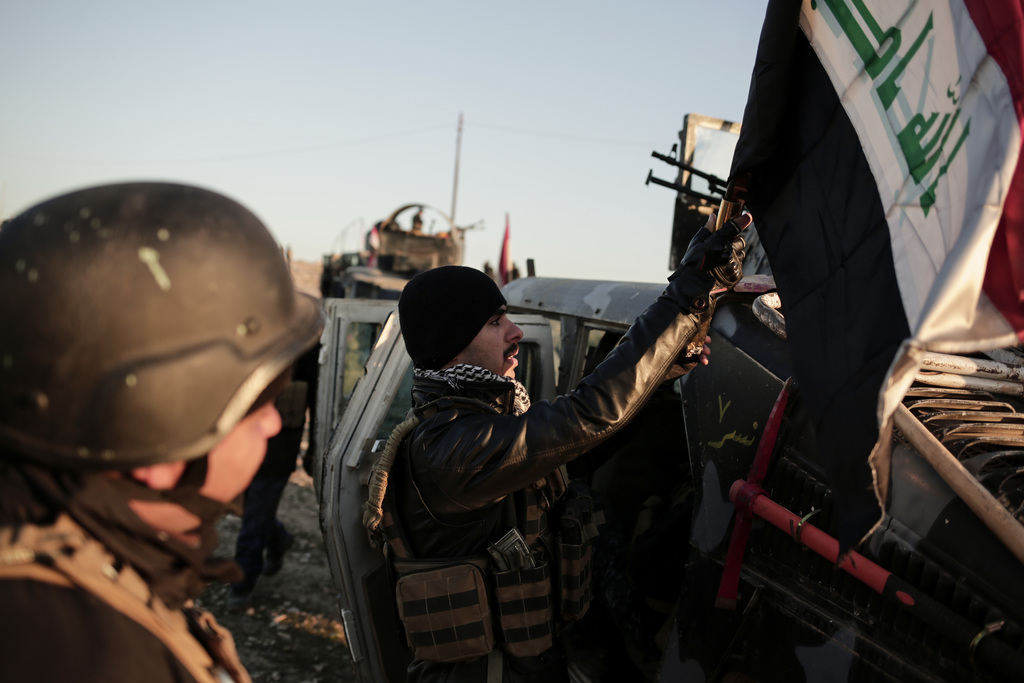 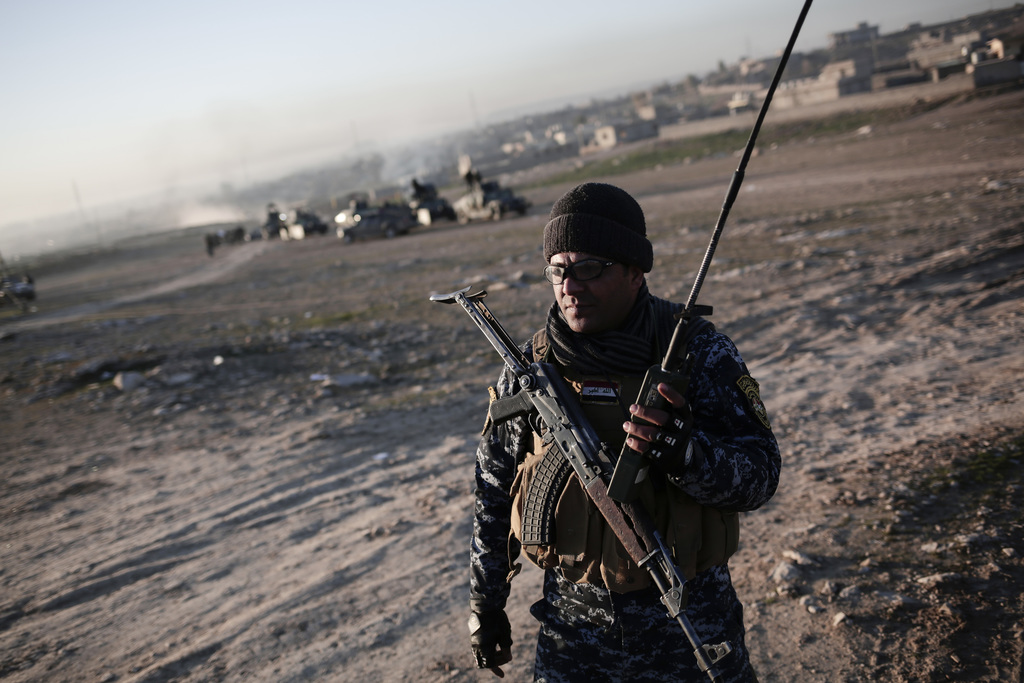 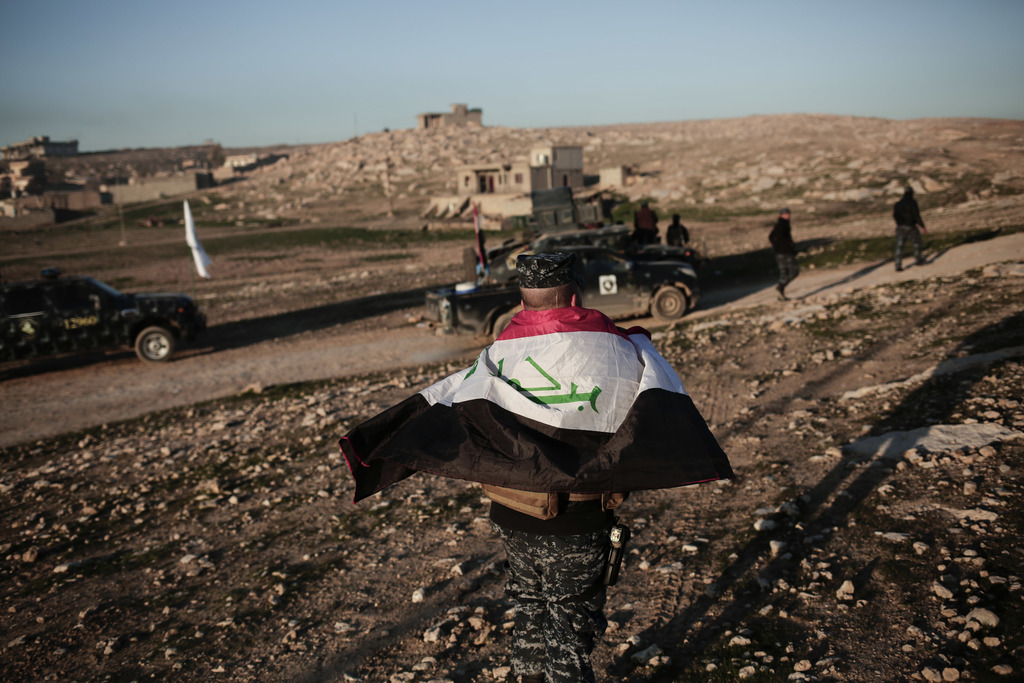 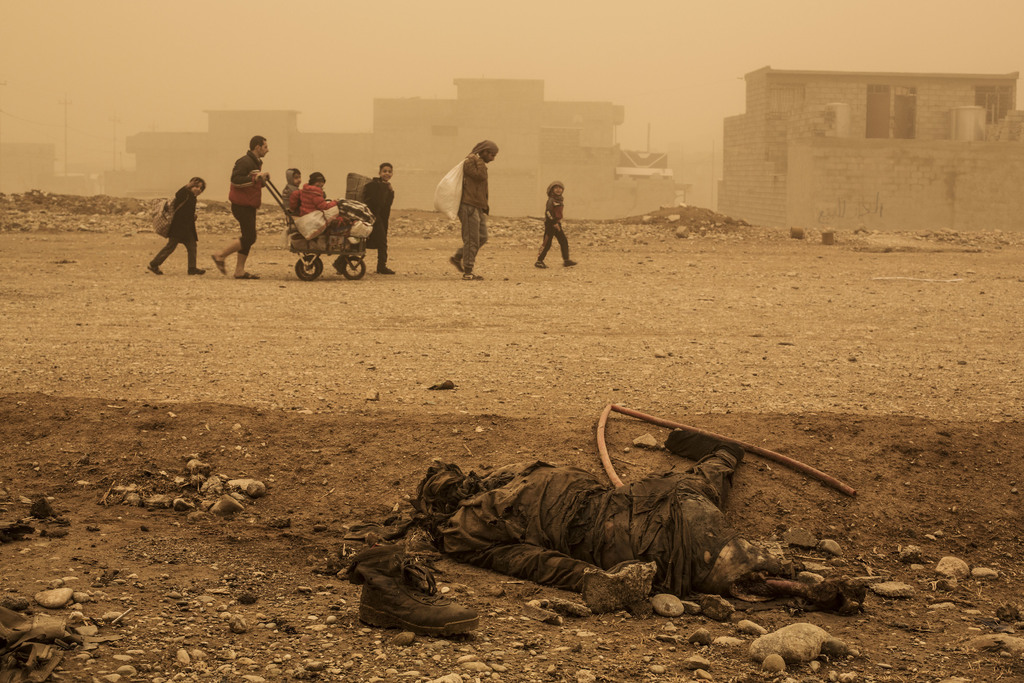 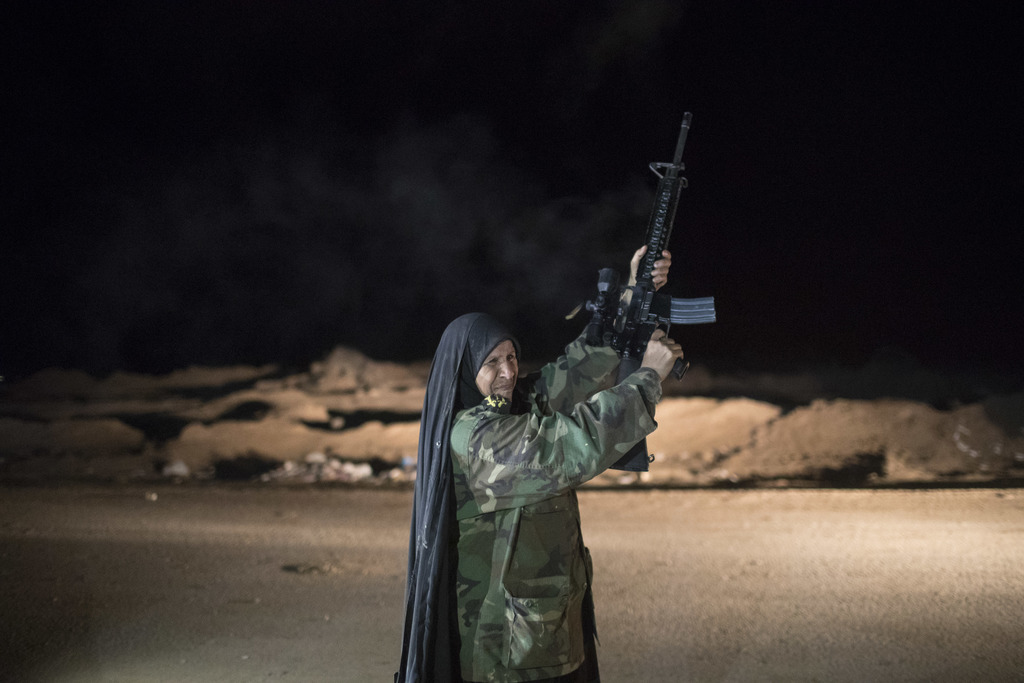 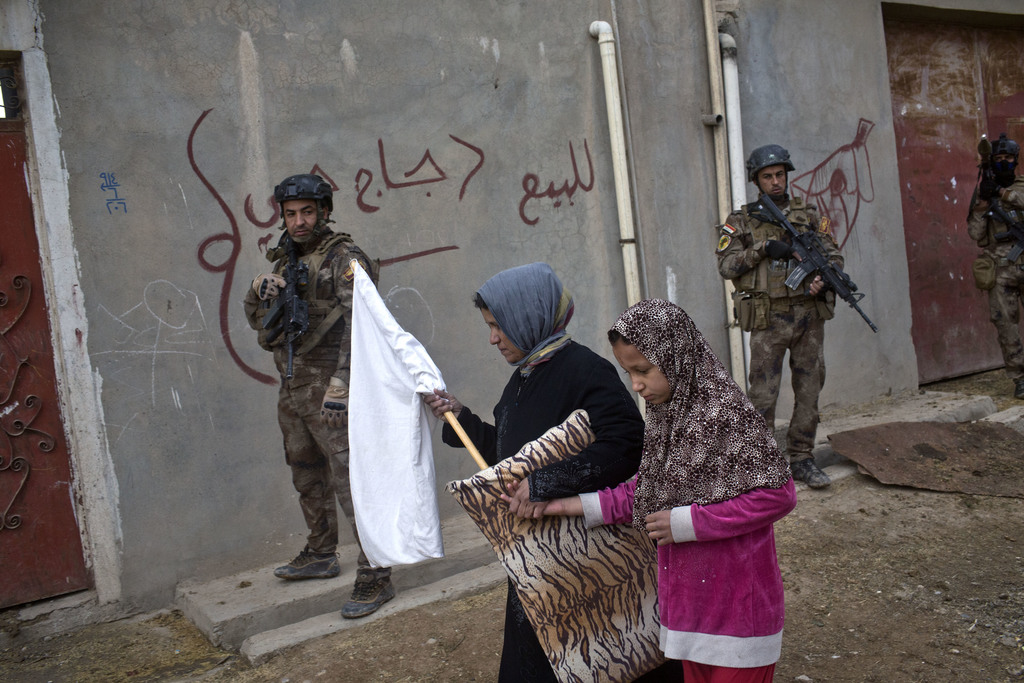 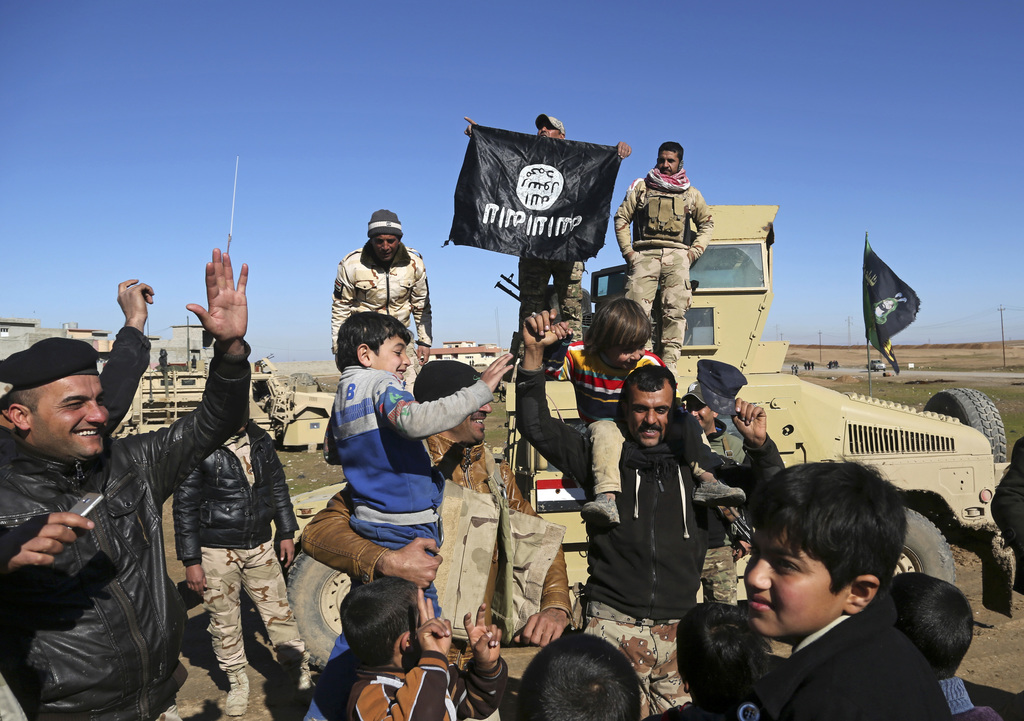 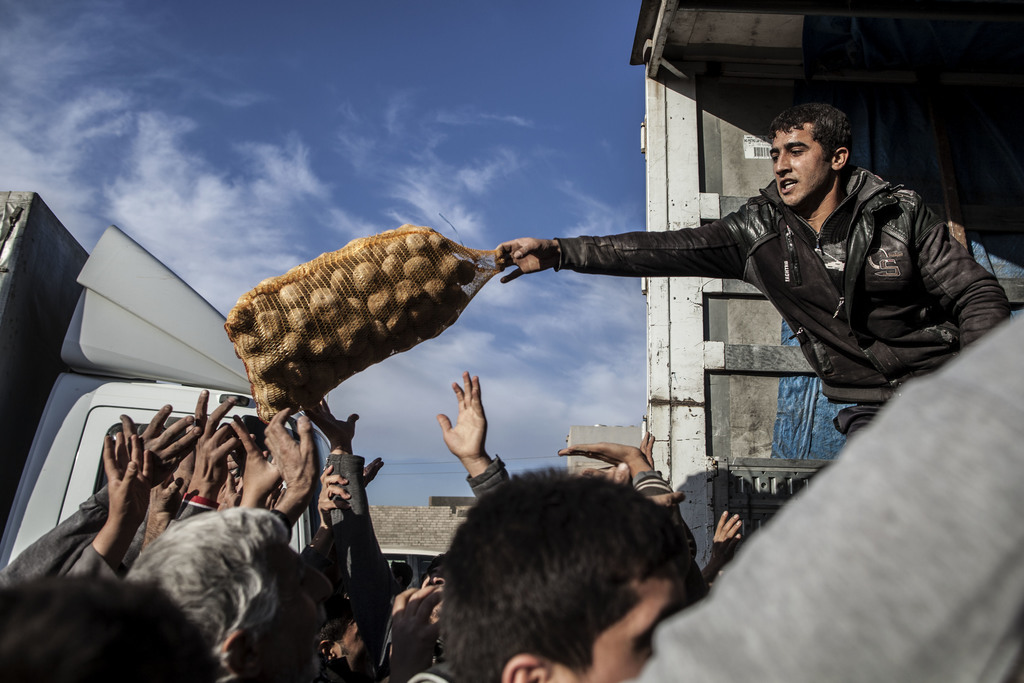 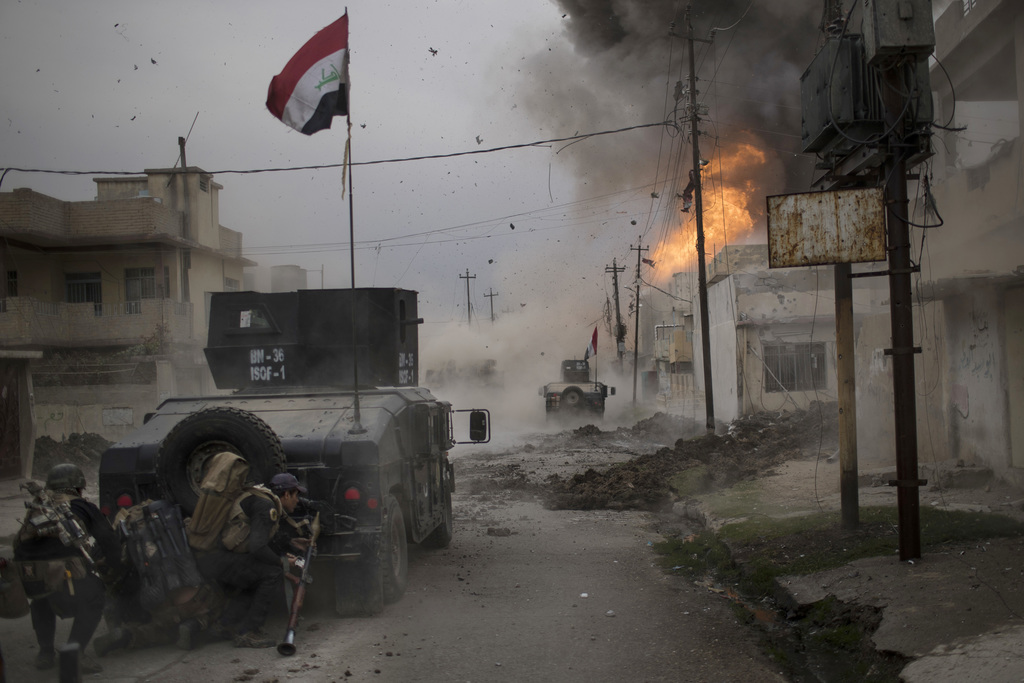 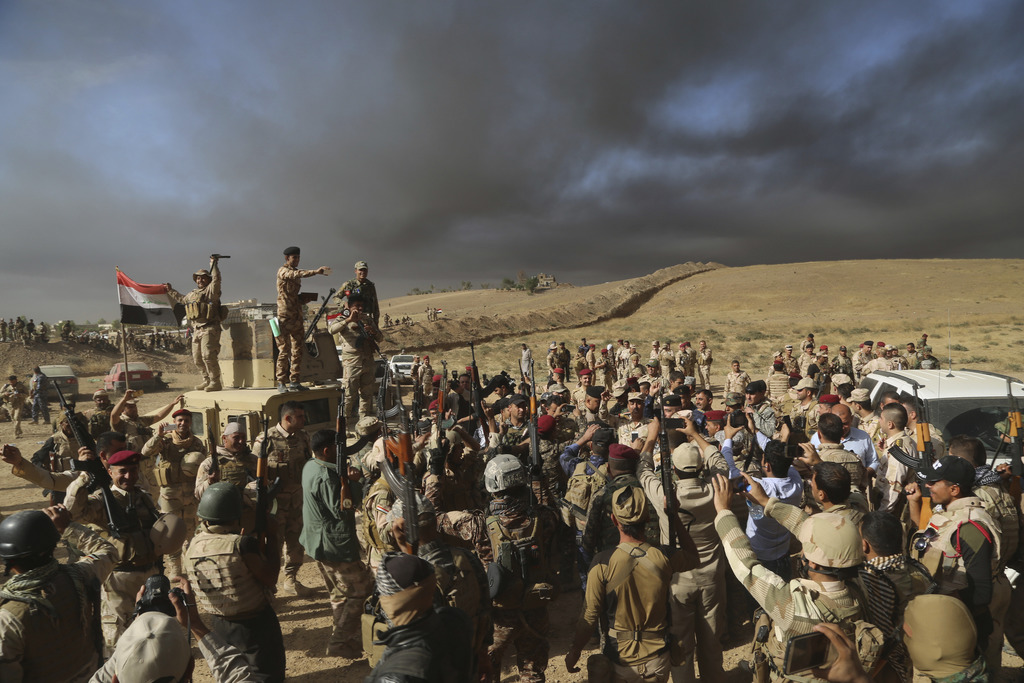 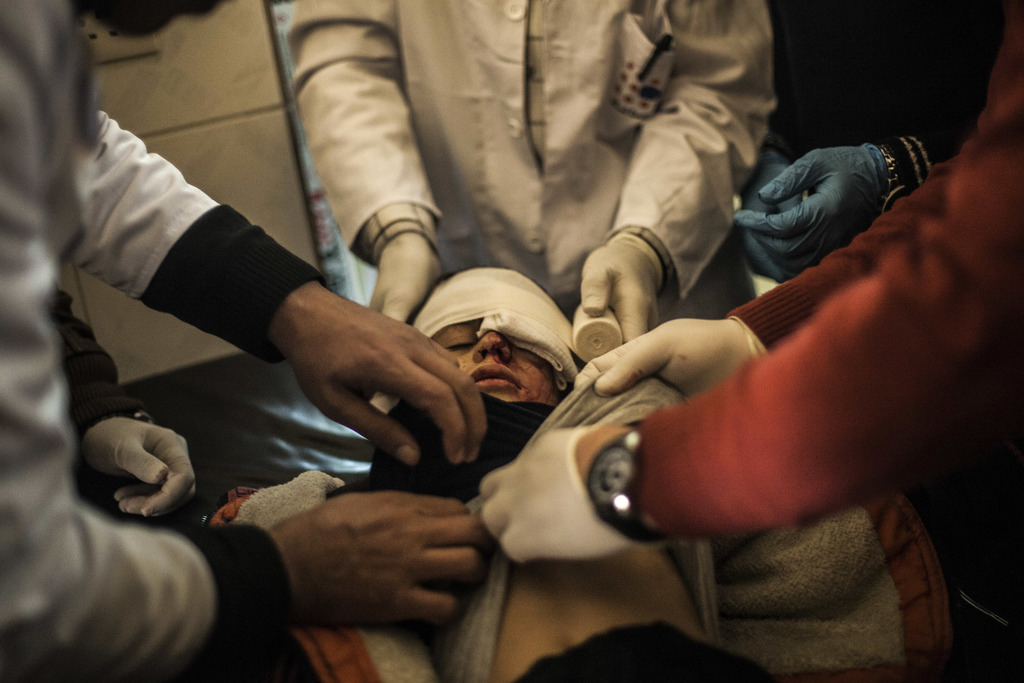 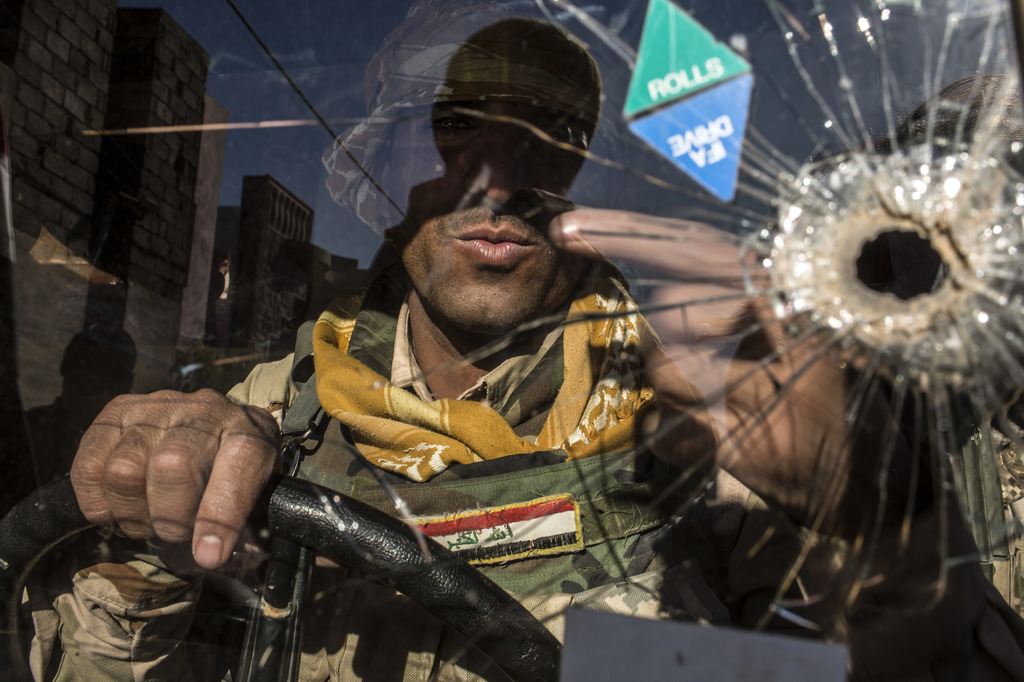 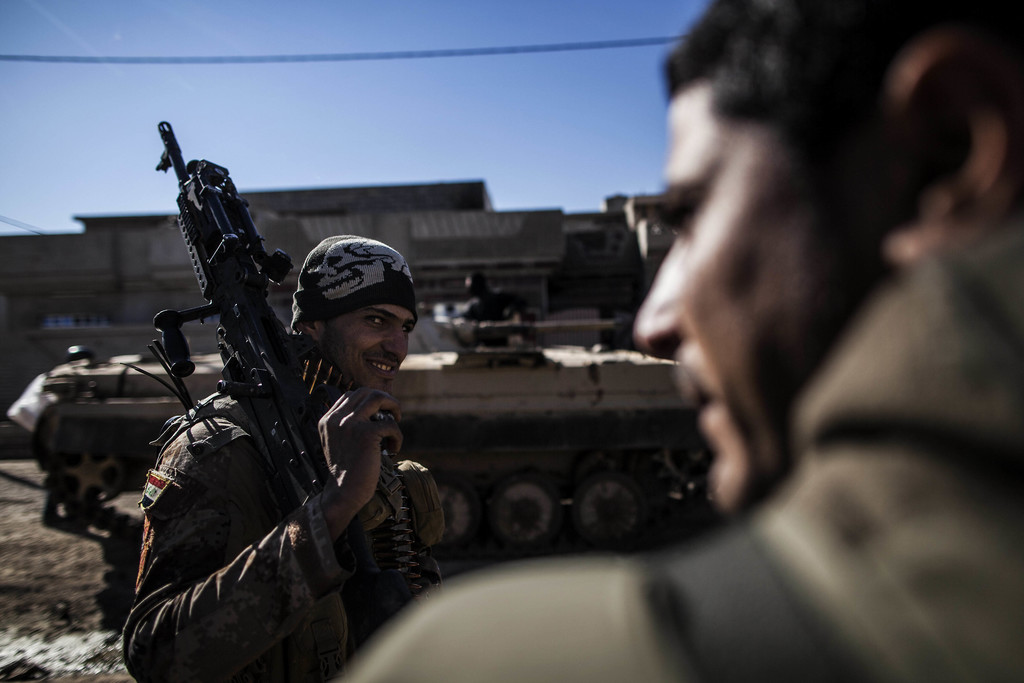 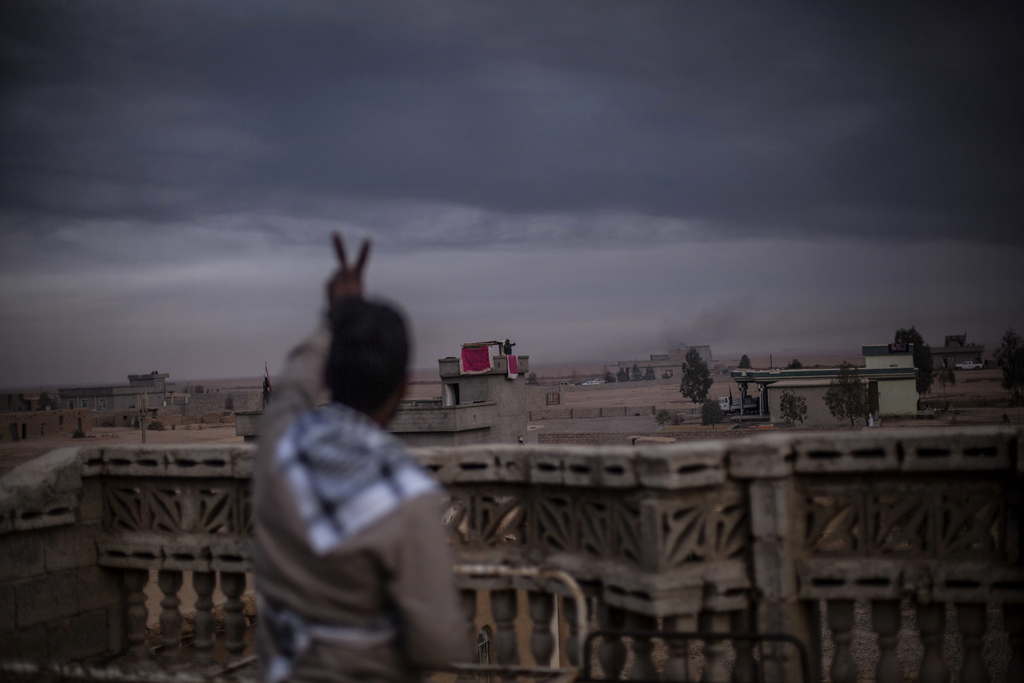 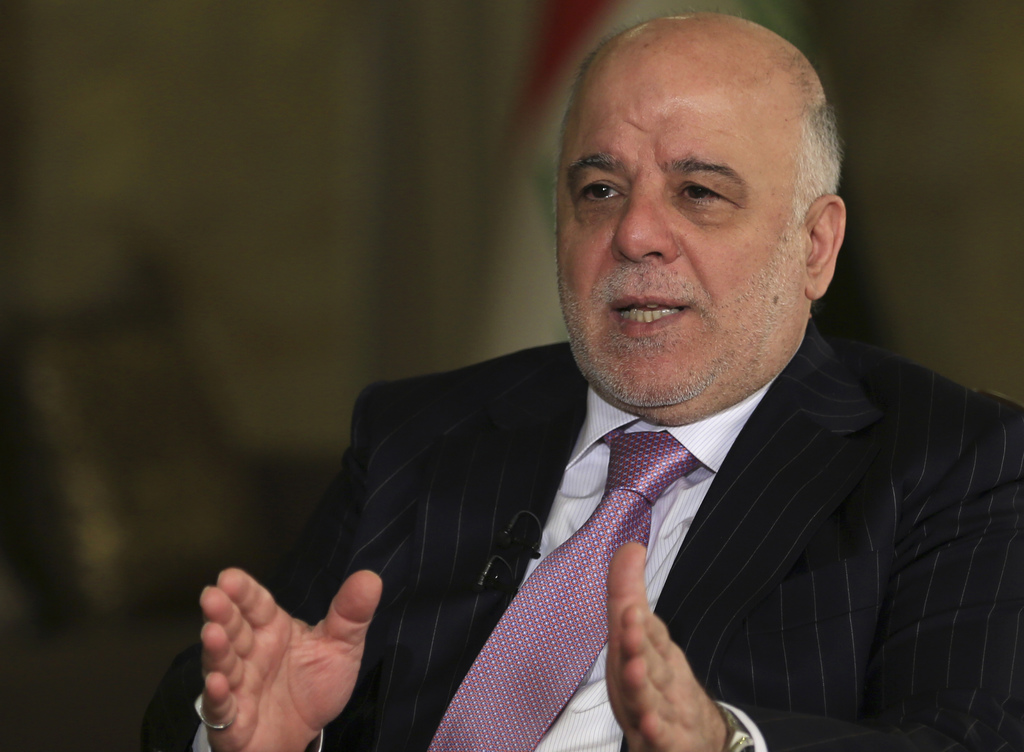 Ground units pushed into a belt of villages outside the country's second-largest city, and plumes of smoke rose into the sky early in the morning as U.S.-led coalition jets struck militant positions southwest of Mosul and militarized Iraqi police fired artillery.

"This is zero hour and we are going to end this war, God willing," said Mahmoud Mansour, a police officer, as he prepared to move out.

The United Nations warned that hundreds of thousands of civilians trapped inside their homes in Mosul "are at extreme risk," with dwindling fuel, food and water and scarce electricity.

Iraq declared eastern Mosul "fully liberated" last month after three months of fierce fighting, but the militants have continued to stage attacks there, including two suicide bombings against government forces on Sunday.

The battle for western Mosul promises to be even more daunting, as the half of the city west of the Tigris River has older, narrower streets and is still heavily populated.

Prime Minister Haider al-Abadi announced the start of the latest operation on state TV. Using the Arabic acronym for IS, he said government forces were moving to "liberate the people of Mosul from Daesh oppression and terrorism forever."

Police units quickly entered the village of Athba, about 3 miles (5 kilometers) southwest of Mosul's international airport, encountering only light resistance. Separately, the Iraqi Army's 9th Division moved into the village of Bakhira, also southwest of the city, the Ministry of Defense said.

The U.S.-led coalition has been providing close air support throughout the 4-month-old Mosul offensive and carried out nine airstrikes against IS near Mosul on Saturday, Central Command said. U.S. special operations forces are embedded with some Iraqi units, and thousands of American soldiers are in Iraq to provide logistical and other support.

"We are very close to it, if not already engaged in that fight," U.S. Defense Secretary Jim Mattis told reporters in Abu Dhabi. He declined to go into further detail, saying he owed "confidentiality" to the troops.

Citing witnesses in western Mosul, the United Nations said nearly half of all food shops were closed and bakeries had shut down for lack of fuel and an inability to purchase costly flour. Prices of kerosene and cooking gas have skyrocketed, and many of the most destitute families are burning wood, furniture, plastic or garbage for cooking and heating.

"The situation is distressing. People, right now, are in trouble," Lise Grande, the U.N. humanitarian coordinator for Iraq, said in a statement. "We are hearing reports of parents struggling to feed their children and to heat their homes."

Peter Hawkins, of the U.N. agency for children, said: "Three out of five people now depend on untreated water from wells for cooking and drinking as water systems and treatment plants have been damaged by fighting or run out of chlorine."

The humanitarian agencies were gearing up to aid 250,000 to 400,000 civilians who may flee because of the fighting, the statement said. The U.N. estimates 750,000 civilians may be left in western Mosul.

"Mosul would be a tough fight for any army in the world, and the Iraqi forces have risen to the challenge," he said in a statement.

Iraqi forces drove IS from eastern Mosul last month, but the militants appear to have left behind sleeper cells to carry out attacks.

Brig. Gen. Yahya Rasool, an Iraqi military spokesman, said a suicide bomber struck a patrol of government-allied Sunni tribal fighters in the Zihoor neighborhood, while another targeted Iraqi troops in Nabi Younis. IS claimed responsibility for both attacks.

Rasool declined to provide casualty figures. Two policemen said one Sunni fighter was killed and nine were wounded in the first attack, while the second attack wounded five soldiers. They spoke on condition of anonymity because they were not authorized to release information.

Iraqi special operations forces, regular army and federal police units are taking part in the offensive along with government-approved paramilitary forces, mainly consisting of Shiite militias, which are operating on the city's outskirts.

Mosul fell to IS in the summer of 2014, along with large swaths of northern and western Iraq.

Associated Press writers Sinan Salaheddin and Qassim Abdul-Zahra in Baghdad, and Maamoun Youssef and Joseph Krauss in Cairo contributed to this report.