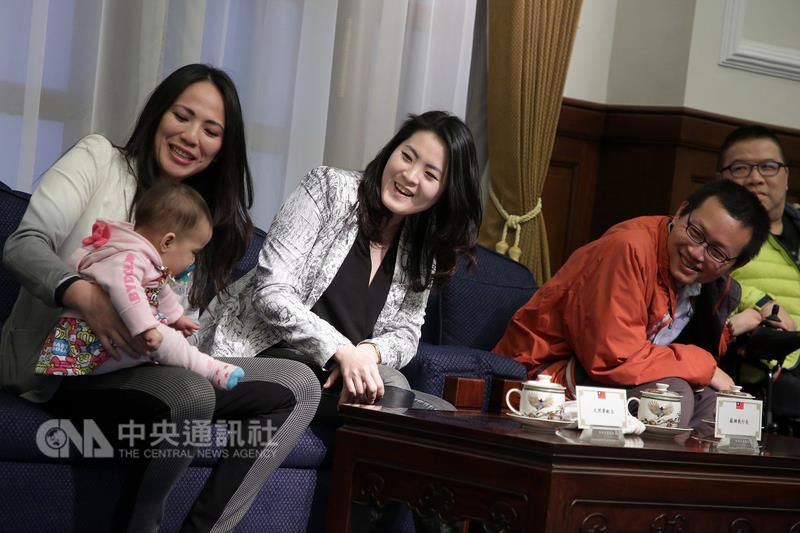 The Legislative Yuan is soon expected to take up the task again of legislating on the issue, with Taiwan frequently being mentioned as the most likely country in Asia to be the first to legalize same-sex marriages.

As a result of Saturday’s meeting, both camps accepted to participate in a framework for dialogue to be set up by Vice President Chen Chien-jen (陳建仁).

During the morning, Tsai received the visit of opponents of same-sex marriage, mostly representatives of religious groups such as the Presbyterian Church, which is close to Tsai’s Democratic Progressive Party, but also former New Party legislator Joanna Lei (雷倩).

The supporters of the legalization of same-sex marriages arrived in the afternoon, and they included gay couples with their children.

Each visit lasted more than two hours, presidential spokesman Alex Huang said. He emphasized the need for a wide social dialogue on the issue of same-sex marriages, while promising that the ruling DPP, which Tsai chairs, would take responsibility for working out a unified approach, even if diverging viewpoints lived within its ranks.

The president said there was no need for a conflict between family values and marriage equality, while allowing all possibilities open to discussion while the Legislative Yuan studies the issue.

Both sides agreed to discuss their opinions while the Ministry of Justice would collect information about same-sex marriage and the relevant legal procedures applicable in other countries, Huang said.

Top officials from the Presidential Office, the Legislative Yuan, the Cabinet and the DPP legislative caucus were also present at Saturday’s meetings.