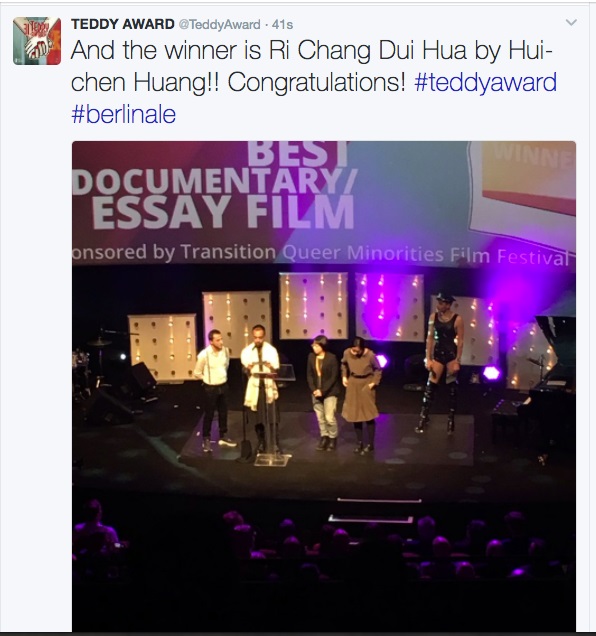 Documentary "Small talk" by Taiwanese filmmaker Hui-chen Huang, an intimate portrait of the relation between herself and her lesbian mother, won the Best Documentary at the 2017 Teddy Awards, which could not be more timely given the recent parliamentary steps towards the legalization of same-sex marriage in Taiwan.

“We come from Taiwan, a small but beautiful island, which may soon become the first country in Asia with same-sex marriage this year. This award is the best gift for those who have been fighting for the marriage equality,” said director Huang in her acceptance speech.

The documentary is a letter from Huang to her mother, who silently suffered from an abusive relationship that arose from a forced marriage in Taiwan in the 1970s, as well as a rejection of her sexual orientation by society and gradual estrangement from her two daughters.

"Small talk" was selected for Berlin International Film Festival Panorama Section, which drew a lot of attention and favorable review. The film is the first documentary of children who grew up with gay parent that recording their interaction and daily lives, which also nominated for the best documentary and best editing award of the Golden Horse in 2016.

It took Huang almost 20 years to finish the film. After coming across of the form of film making called documentary in 1998, Huang realized that there is a way for her to tell her own story to the world, and talk about what is it like to be a child with a lesbian mother.