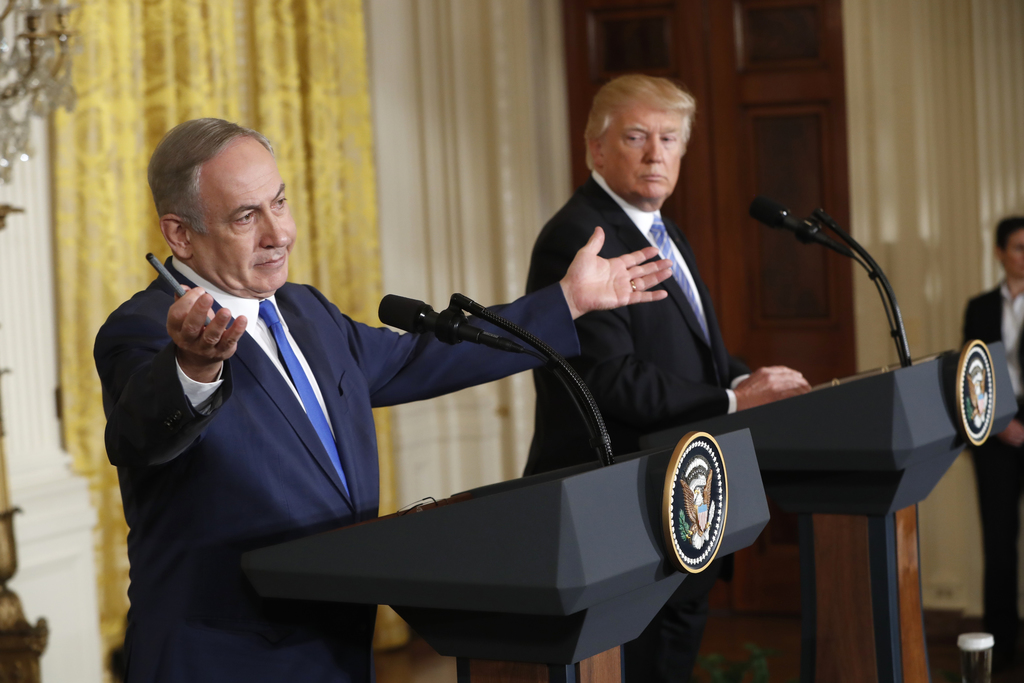 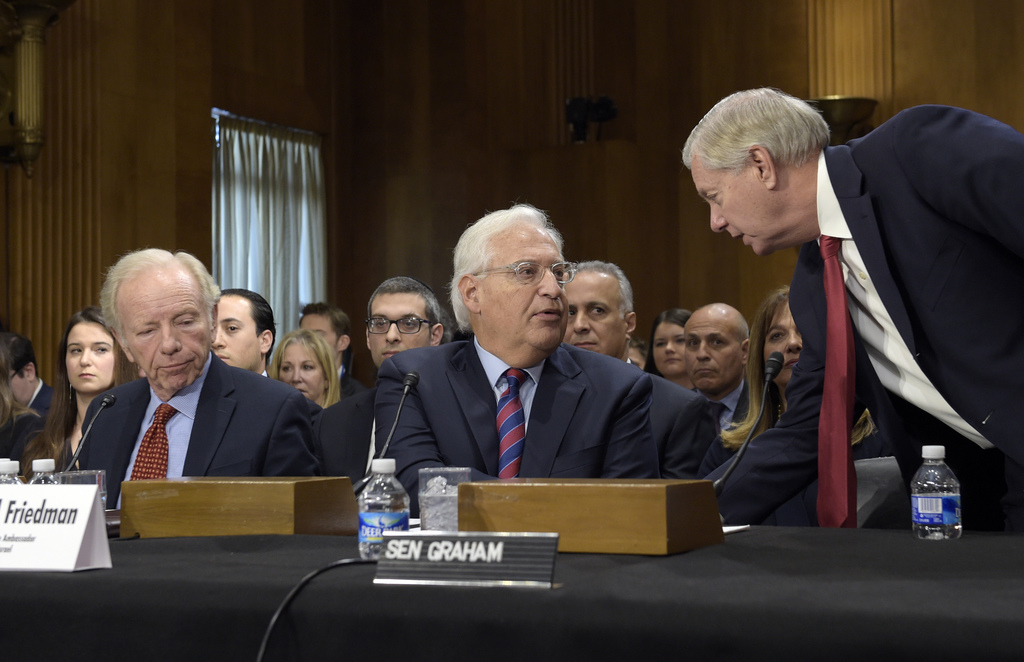 NEW YORK (AP) — The early weeks of the Trump administration have widened divides between liberal and conservative Jews, setting off quarrels over anti-Semitism, Israel and the Holocaust.

Well before the 2016 election, discussion over Israel had become so barbed among Jews that Jewish groups began organizing civility training so relationships and holidays wouldn't be ruined. But those disputes have erupted with a new intensity since Donald Trump won the presidency.

They were on display most prominently this week, during Prime Minister Benjamin Netanyahu's first visit to the Trump White House and a pair of news conferences during which the president would not directly address questions about anti-Semitism. On Thursday, in one of the most remarkable moments of a riotous back-and-forth with reporters, Trump shut down a Hasidic reporter from an Orthodox magazine who had taken pains to preface his question by saying he knew Trump wasn't anti-Jewish.

Jonathan Greenblatt, chief executive of the Anti-Defamation League, the Jewish civil rights group that has been highly critical of Trump, called the president's response "mind-boggling."

But Mort Klein, president of the hawkish Zionist Organization of America, who has championed Trump as a great ally of Israel, said Trump must have been frustrated by the "relentless and outrageous allegations" of anti-Semitism against him and his White House strategist Steve Bannon. "If there was a hint of anti-Semitism, I would be at their throat," Klein said.

American Jews have been especially on edge because of a surge of anti-Semitic harassment over the course of the presidential campaign and continuing this year. Last month, Jewish community centers and other institutions in 27 states and Canada received what is being investigated as a coordinated series of telephone bomb threats over a period of days, according to the Secure Community Network, formed by Jewish organizations to protect their institutions.

Many Jewish groups and others had seen animus in the White House statement last month on International Holocaust Remembrance Day that did not mention Jews. The president's aides defended the statement as "inclusive" of all who were killed by the Nazis.

At a news conference with Netanyahu last Wednesday, Trump opened by calling Israel a symbol of "survival in the face of genocide." But when an Israeli reporter asked Trump about the rise in anti-Semitic harassment during the campaign and since his election, he responded by touting his Electoral College total and promising "peace in this country." Netanyahu then took up the question, saying he had known the president, his family and some of his aides for many years and "there is no greater supporter of the Jewish people and the Jewish state than President Donald Trump. I think we should put that to rest."

The response rankled some American Jews. Alana Newhouse, editor-in-chief of Tablet, the online Jewish magazine, addressed the prime minister: "I won't tell you what to be afraid of in your country, and you don't tell me what I should fear in mine."

The next day, a confirmation hearing was held for David Friedman, the combative attorney Trump chose as U.S. envoy to Israel. Friedman, who has deep ties to the Israeli settler movement, had said the Anti-Defamation League sounded like "morons" for accusing Trump of anti-Semitism, and he had called supporters of the dovish pro-Israel lobby J Street "worse than kapos," a reference to Jews who helped the Nazis imprison fellow Jews during the Holocaust.

At the hearing, Friedman apologized for using inflammatory language in the past, and said he regretted not expressing his views of J Street in a more respectful manner. Greenblatt said he had spoken with Friedman about his remarks regarding the ADL and had accepted his apology.

Rabbi Rick Jacobs, head of the liberal Union for Reform Judaism, the largest American Jewish movement, said he met for 90 minutes with Friedman at the nominee's request, "He simply wanted to have a conversation directly," Jacobs said in a phone interview. "He knows how offensive it was."

On Friday, Reform Jewish leaders announced they opposed Friedman's nomination, the first time the movement had ever opposed a president's choice for the position. The ZOA's Klein, meanwhile, said Friedman has "the potential to be the greatest U.S. ambassador to Israel ever."

Jewish issues came to the fore again in a remarkable way during Trump's question-and-answer session on Thursday.

The reporter from the Brooklyn-based Orthodox Ami Magazine, Jake Turx, sporting curly sidelocks and a skullcap embroidered with his Twitter handle, rose to ask his question. While Hillary Clinton won 71 percent of the Jewish vote, Orthodox Jews who backed Trump have taken comfort in his support for Israel, his many Jewish friends and advisers, and especially his Orthodox Jewish daughter, Ivanka, who converted, and her husband and close presidential aide Jared Kushner. Turx opened his question to Trump by noting the president was a "zayde" — which is Yiddish for grandfather — then started to ask about the increased reports of anti-Jewish harassment and hate crimes.

But Trump quickly interrupted, saying "not a fair question," and when Turx tried to continue, said "quiet, quiet, quiet ... I find it repulsive. I hate even the question."

The internal Jewish debate will likely rage on in the coming weeks as Trump's policies on Israel, refugees and immigration take shape.

At Friedman's hearing, three young Jews who belong to the activist group IfNotNow, which opposes Israeli occupation of the Palestinian territories, stood up to interrupt the proceedings. They shook groggers, or noisemakers, used on the holiday of Purim to drown out the names of enemies of the Jewish people.