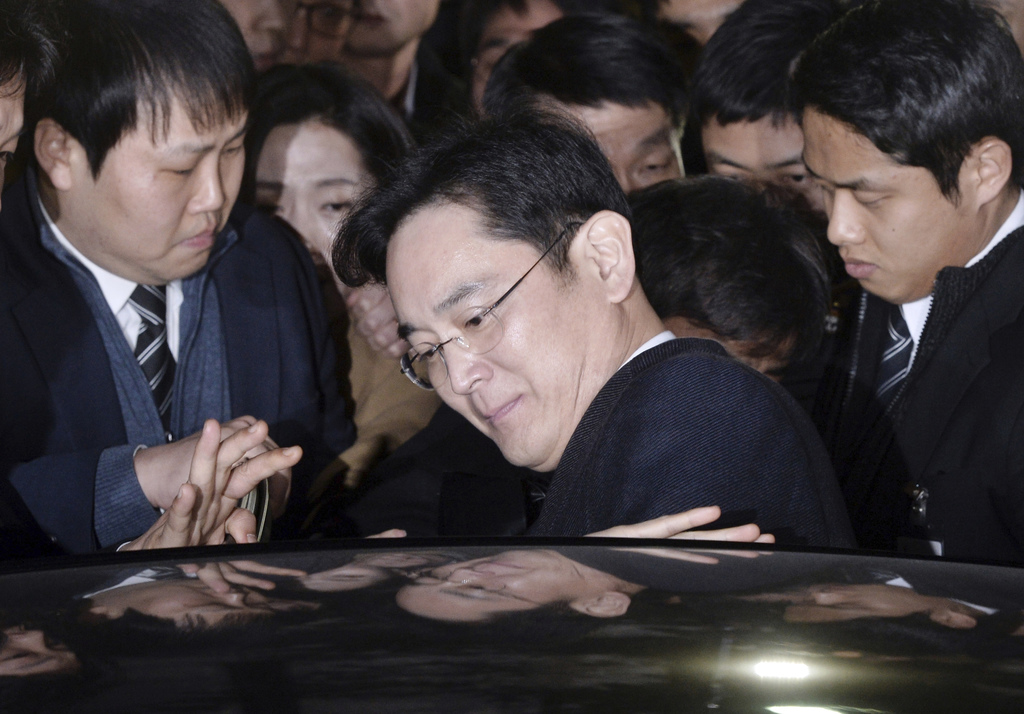 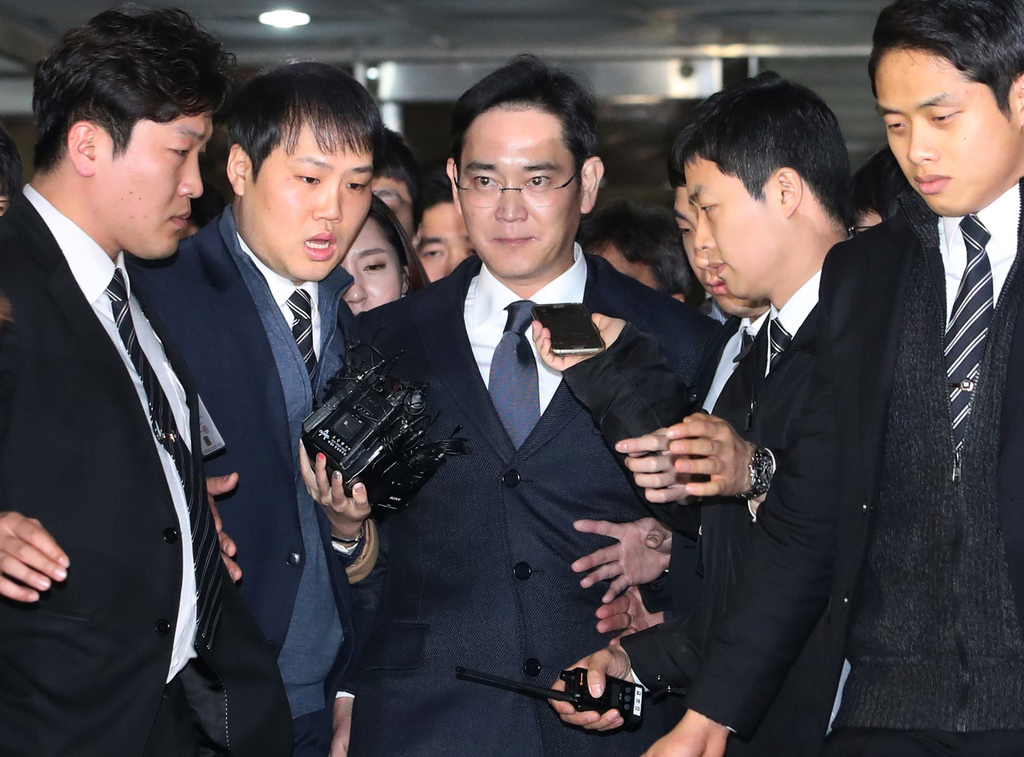 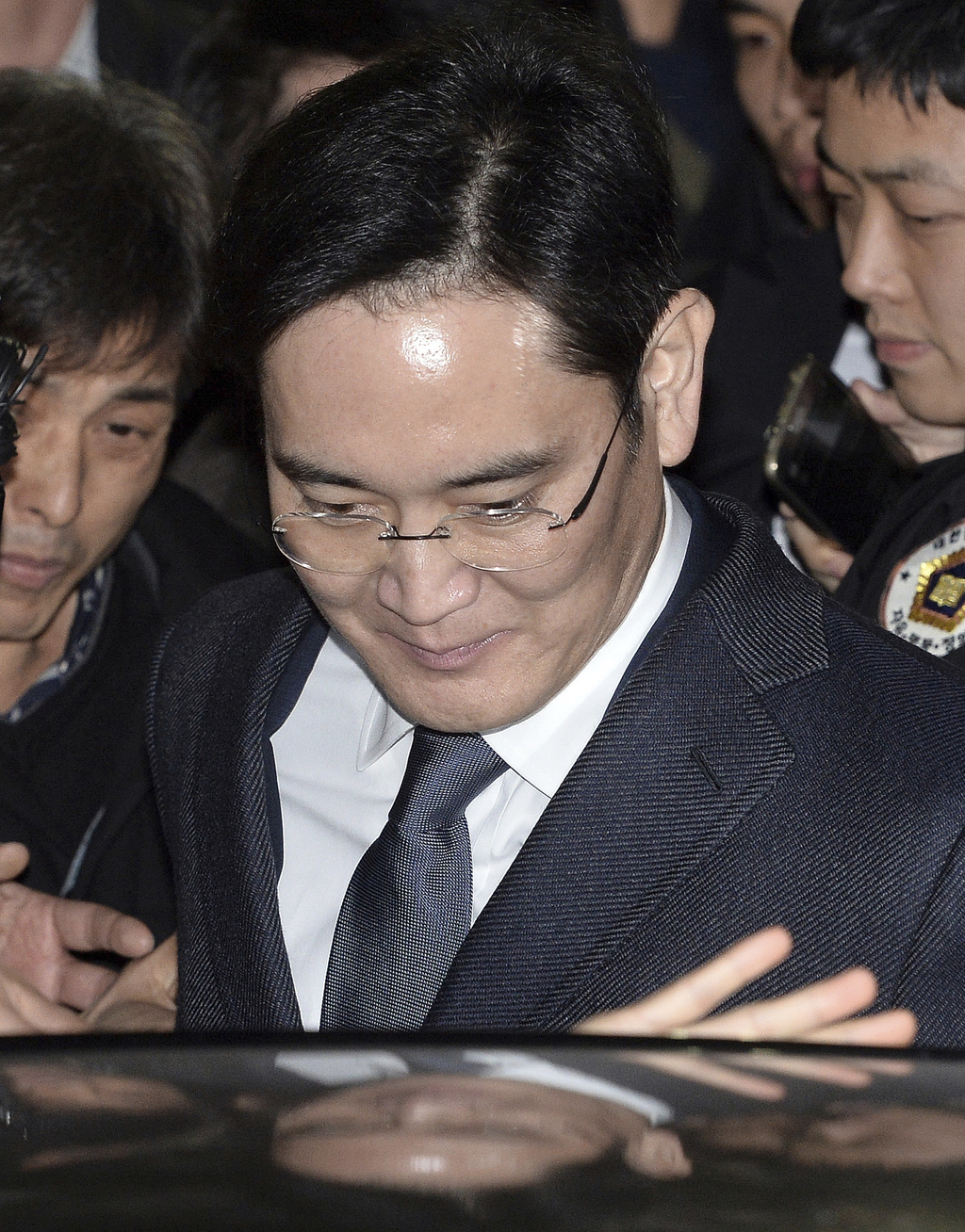 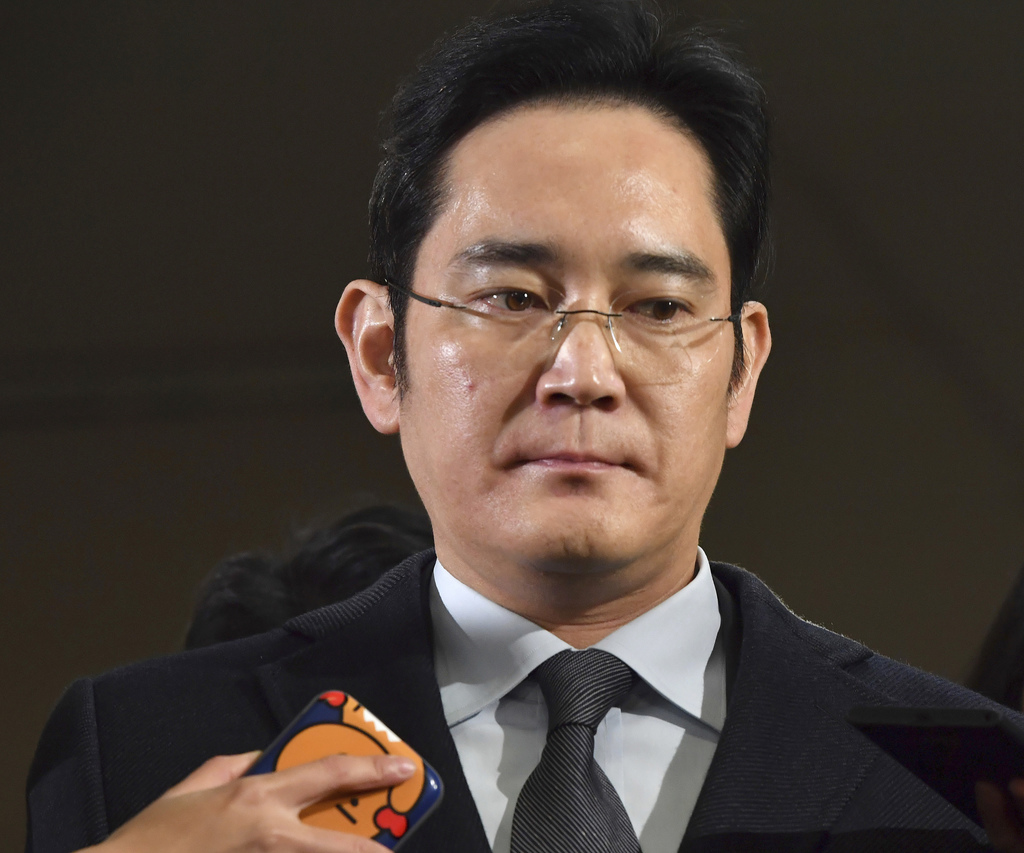 SEOUL, South Korea (AP) — South Korea was taken by surprise Friday with the arrest of the scion of the country's richest family and de-facto leader at Samsung over his alleged involvement in a massive corruption scandal that engulfed the president and riveted the nation.

Prosecutors believe Lee Jae-yong, 48, a vice chairman at Samsung Electronics and the only son of the ailing Samsung chairman, gave bribes worth $36 million to President Park Geun-hye and her close friend to help win government support for a smooth company leadership transition, including a contentious merger of two Samsung companies.

A look at how his arrest affects the electronics giant:

Some conservative commentators are worried that Lee's arrest could hurt Samsung's businesses and therefore the economy, which relies on such companies for exports and jobs.

But others dismiss such concern as exaggerated. "What would affect its businesses are the Galaxy phone's success, the performance of the semiconductor sector and how fast Chinese rivals are catching up, not whether Lee Jae-yong is arrested or not," said Park Sang-in, a professor at Seoul National University.

Chiefs of companies such as Hyundai Motor Group and SK Group have been jailed before but still ran their companies from behind bars.

But long-term business decisions, such as appointing executives and deciding on mergers and acquisitions, may be put on hold. Samsung normally announces personnel reshuffling and promotions each December, but postponed those announcements in 2016 as it was dragged deeper into the political scandal.

Lee is not the first in his family to face criminal charges. His father was convicted in 2008 and 2009 for embezzlement and tax evasion related to business dealings designed to pass down wealth to his son. Lee Kun-hee, the ailing chairman, stepped away from his role at the company when prosecutors indicted him in 2008. The younger Lee will likely follow a similar course and stay away from leadership role once investigators formally bring charges against him.

As he stepped up his role in the absence of his ailing father, Lee was seen as the new face of Samsung, fluent in foreign languages and educated oversees. Since Lee assumed a bigger role, Samsung promised to inject the company's top-down hierarchy with a nimble, startup-like attitude. Corruption allegations similar to those that took down his father may mean the damage to Lee's reputation is irreversible.

Prosecutors were able to secure Lee's arrest in their second attempt, thanks to new evidence showing President Park's broader involvement in Samsung's family succession plan. Initially, prosecutors focused on their argument that Samsung offered bribes and in return, the government backed a controversial merger of two Samsung companies in 2015, which was a key step in the leadership transition.

But after the initial request was dismissed, additional evidence from a notebook that belonged to a top presidential adviser showed that the government gave favors to Samsung in other areas related to the Lee family's father-to-son succession, said Lee Kyu-chul, a spokesman for the special prosecution team.

Thanks to the family's decadeslong succession plan, the 48-year-old heir to Samsung was able to amass enormous wealth even before starting his own business.

Lee's net worth is estimated at $6 billion. Here's how: In 1995, the elder Lee gave his only son, then in his 20s, 6 billion won ($52 million), which became the seed money to purchase unlisted stock in several Samsung companies. And during the next two decades those unlisted Samsung companies saw increased revenues based on lucrative deals done with other Samsung firms. The shares could then be sold when the companies went public. Some Samsung securities were sold at illegally cheap prices to Lee before he sold them off with huge returns, which later led to the conviction of his father.

With the Samsung scion's arrest, others saw an opportunity to change a business community long criticized for poor corporate governance and a lack of transparency.

Even though Lee has less than a 1 percent stake in Samsung Electronics and his father owns a 3.5 percent stake, the family's influence on the consumer electronics giant and other Samsung companies exceed other shareholders thanks in part to the way they control the business empire through a complicated web of cross-shareholding.

The merger between Samsung C&T and Cheil Industries in 2015 was one example showing how the Lee family could exert an outsized influence on Samsung Group.

Opponents of the merger, mostly minority shareholders, said the deal unfairly benefits the founding family while hurting other shareholders by devaluing the price of one company.

Samsung narrowly won the shareholder approval thanks to the support from the National Pension Fund, its key investor. Lee became the majority shareholder of the merged entity and he gained control over Samsung Electronics stock owned by Samsung C&T before the merger. If Lee had bought more Samsung Electronics stock, it would have cost him billions of dollars. But by merging two companies, he did not have to spend a penny.

"The arrest of Lee Jae-yong should provide a momentum for fundamental changes to end the collusion between the government and businesses, and reform the chaebol," said Park, referring to the family-controlled business conglomerates that dominate the economy.