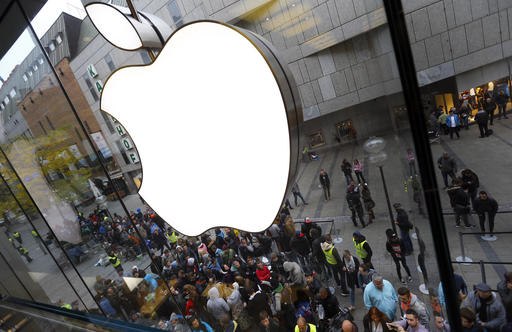 Shares of Apple reached US$135 per share after posting better-than-expected quarterly results a day before.

"If we compare Apple's market cap with Taiwan's GDP of US$52.34 billion from 2015, that is nearly 1.35 times more than the economic contributions of Taiwan's entire population of 23 million people,”wrote Wealth Magazine chairman Hsieh Chin-ho (謝金河) on his Facebook page.

If Apple were a country, its market value would place it at 19th richest in the world in terms of GDP, placing it two spots ahead of Switzerland's US$65.83 billion, wrote Hsieh.

Comparing Apple's market cap to a country's nominal GDP just shows how huge its net worth is, he said.

He went on noting Warren Buffet, who invested in Apple stocks at its low point, has been the biggest winner.

Market rumors noted Apple is looking into a second Taiwanese bond sale to raise US$1 billion, based on filings it submitted to U.S. Securities and Exchange Commission.

Under the terms of the sale, the bonds will have a 30-year maturity that will end on March 3, 2047, with a yield of 4.3 percent, reported Apple Insider.

The bond comes with a minimum buy-in of $100,000, and will only be available to "professional institutional investors,” according to a Law360 report.

Interest payments are calculated from March 3 and Sept. 3, starting from fall 2017 with the final pricing term sheet advising of a settlement date of March 3, 2017.

Deutsche Bank's office in Taipei will manage the sale of Apple's bonds in Taiwan, reported UDN.

Apple issued its first 30-year bond sale in Taiwan last June which raised US$1.37 billion in capital. More than 80 percent of buyers in 2016 were insurance companies, said Taipei Exchange.

The stock exchange institute has not received bond issue application filings from Apple yet.