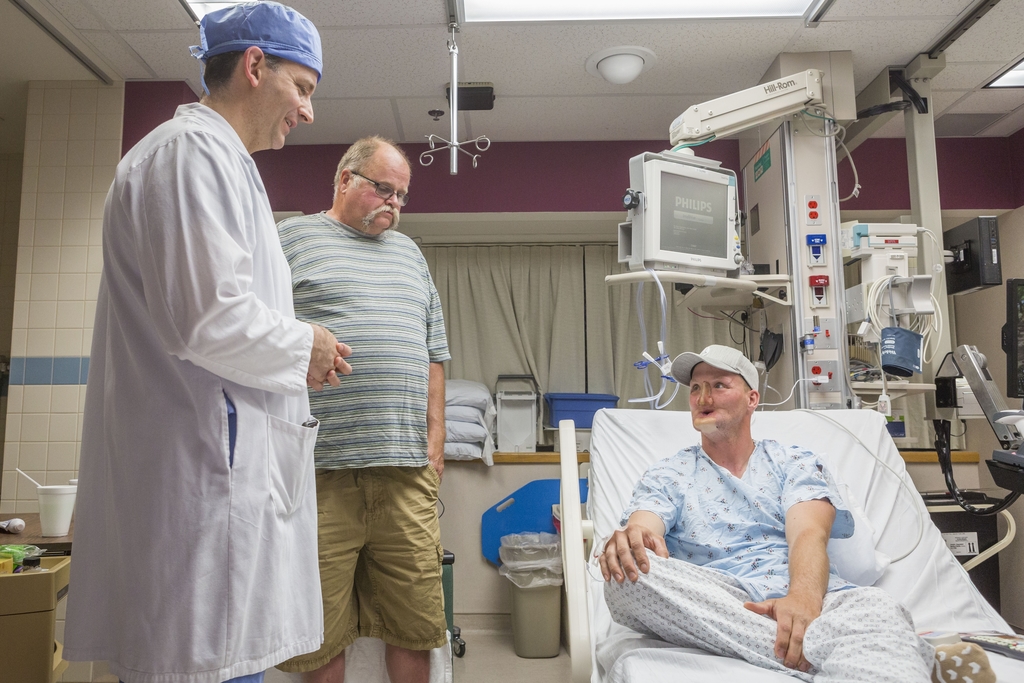 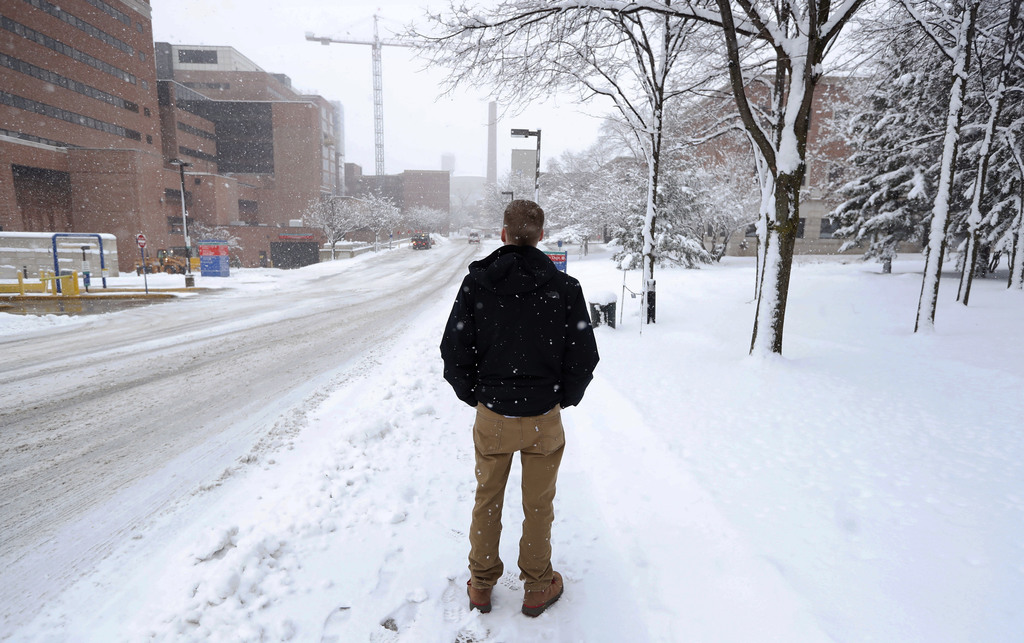 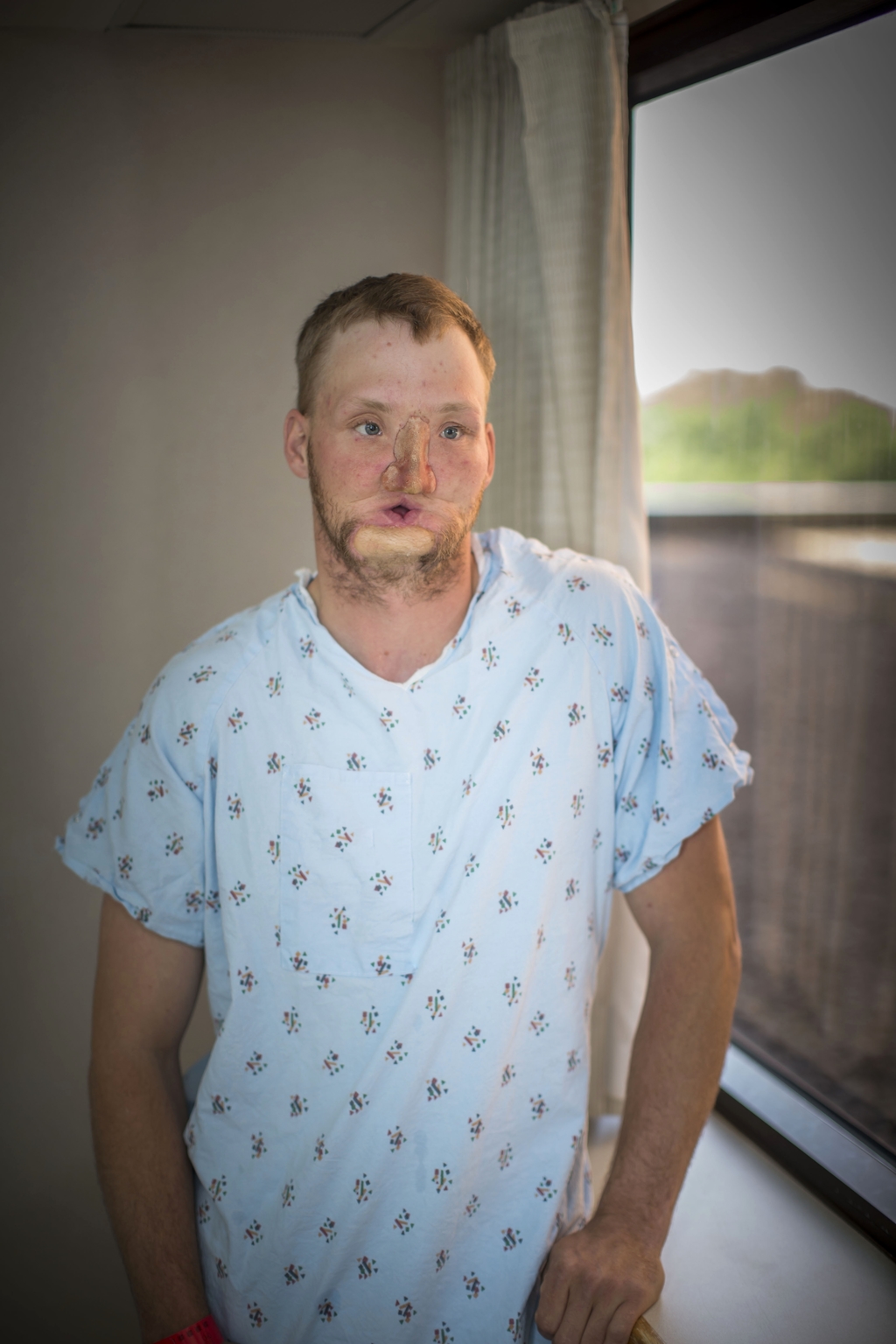 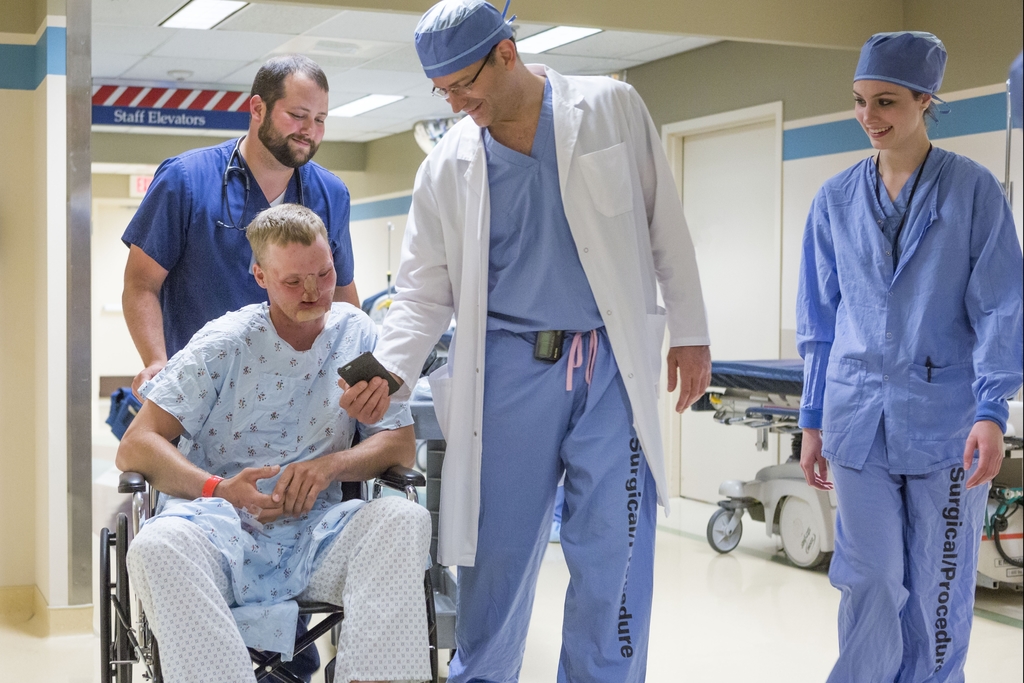 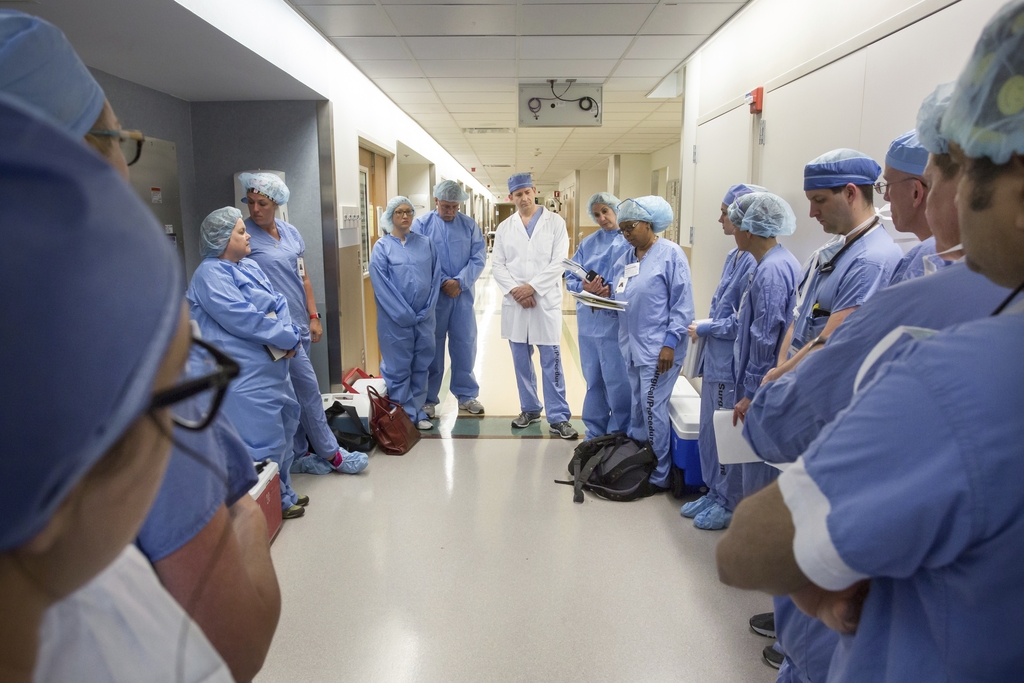 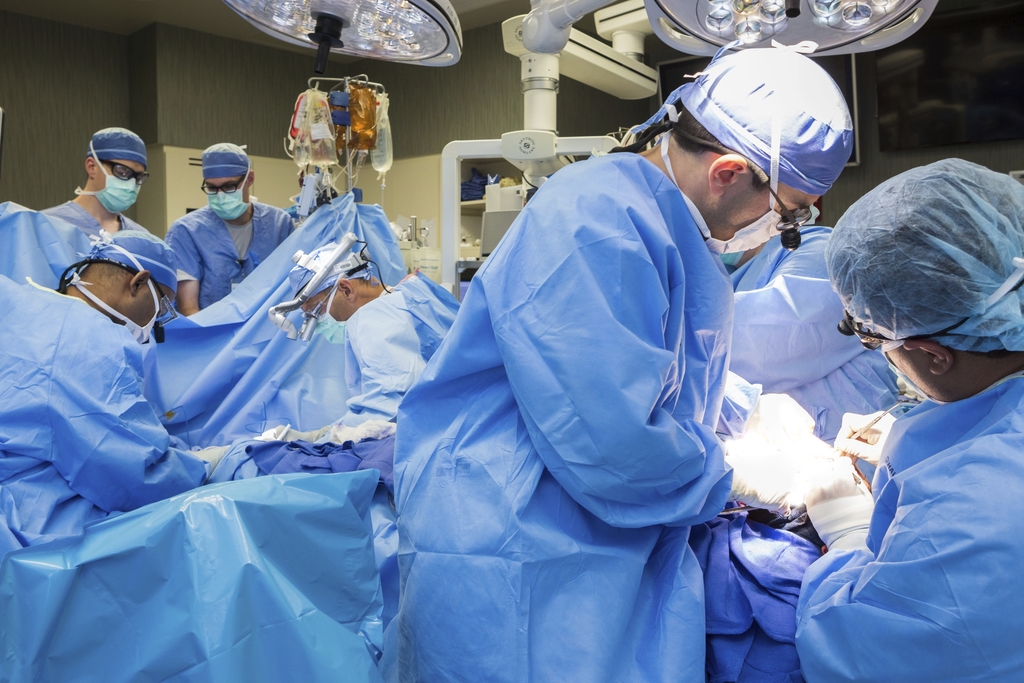 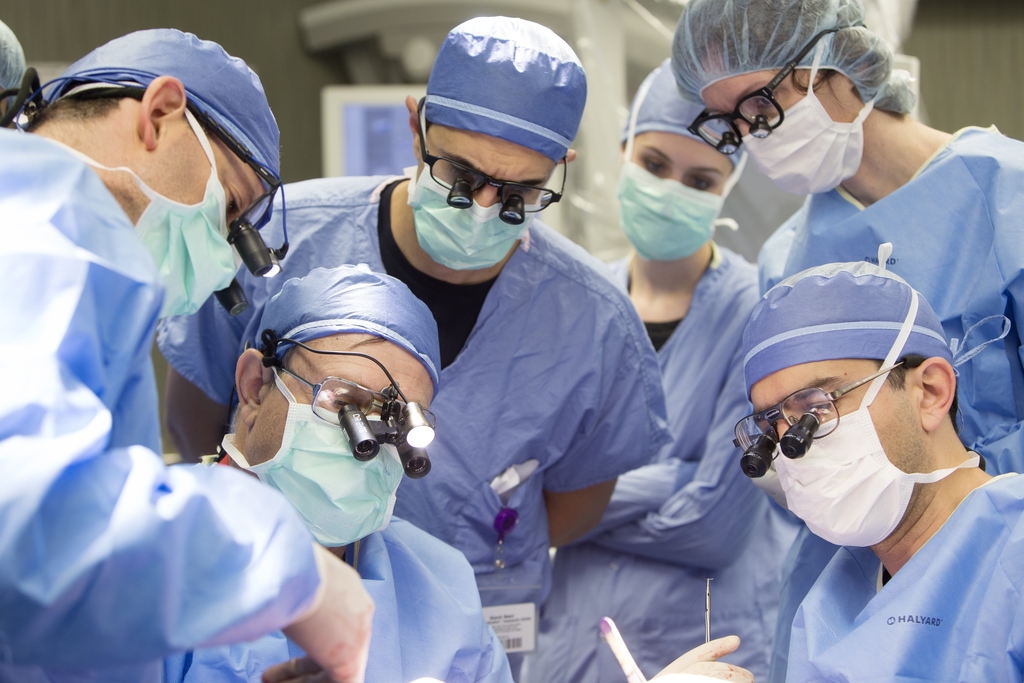 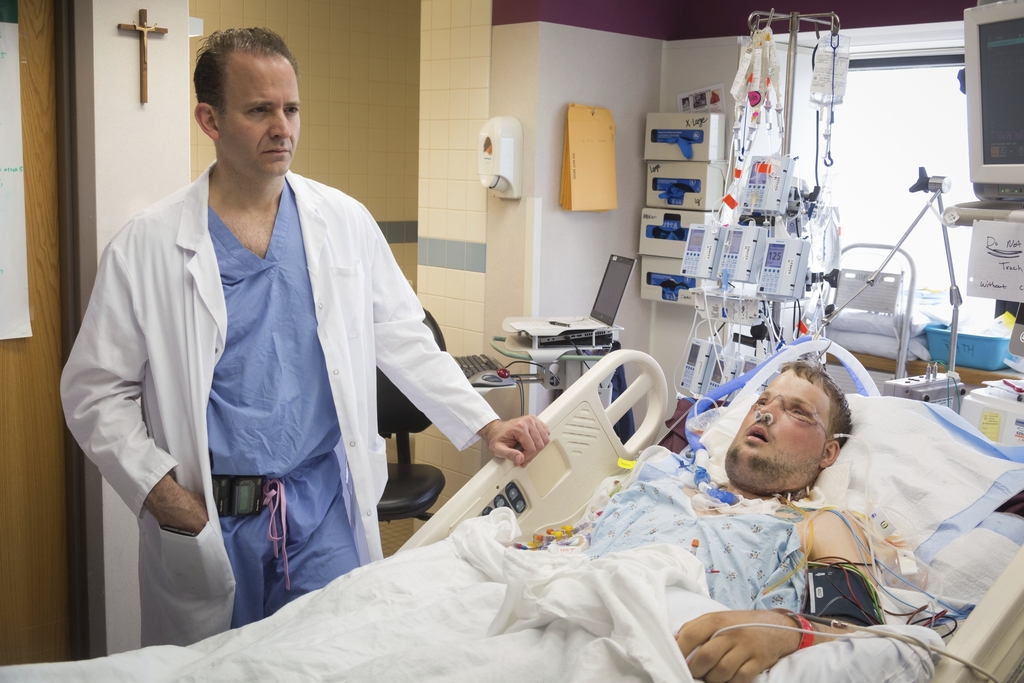 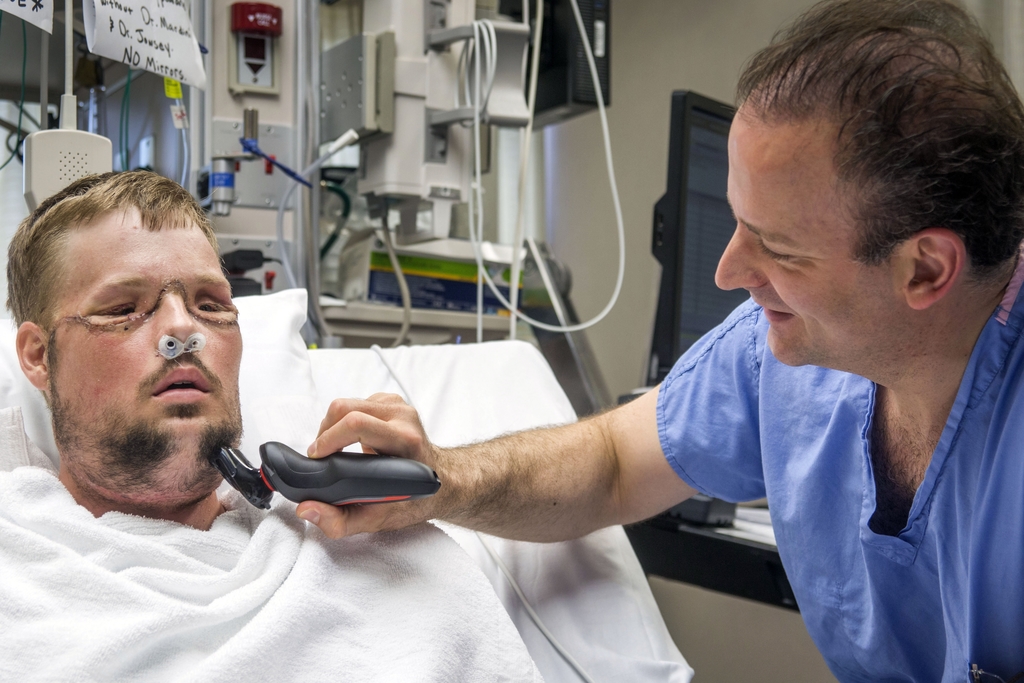 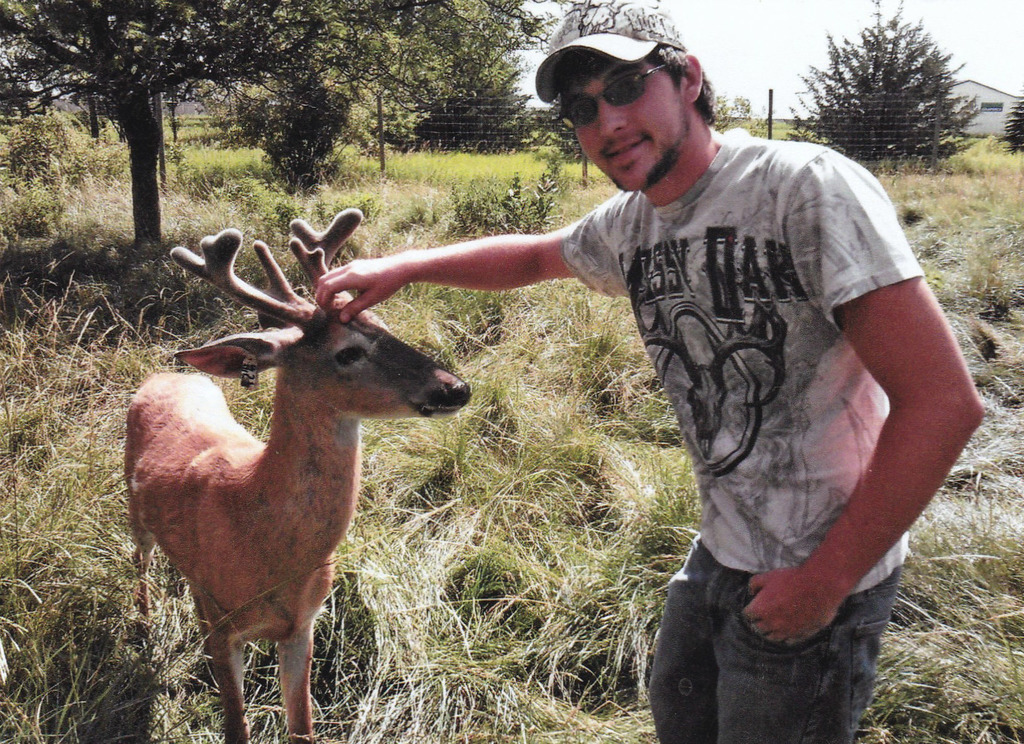 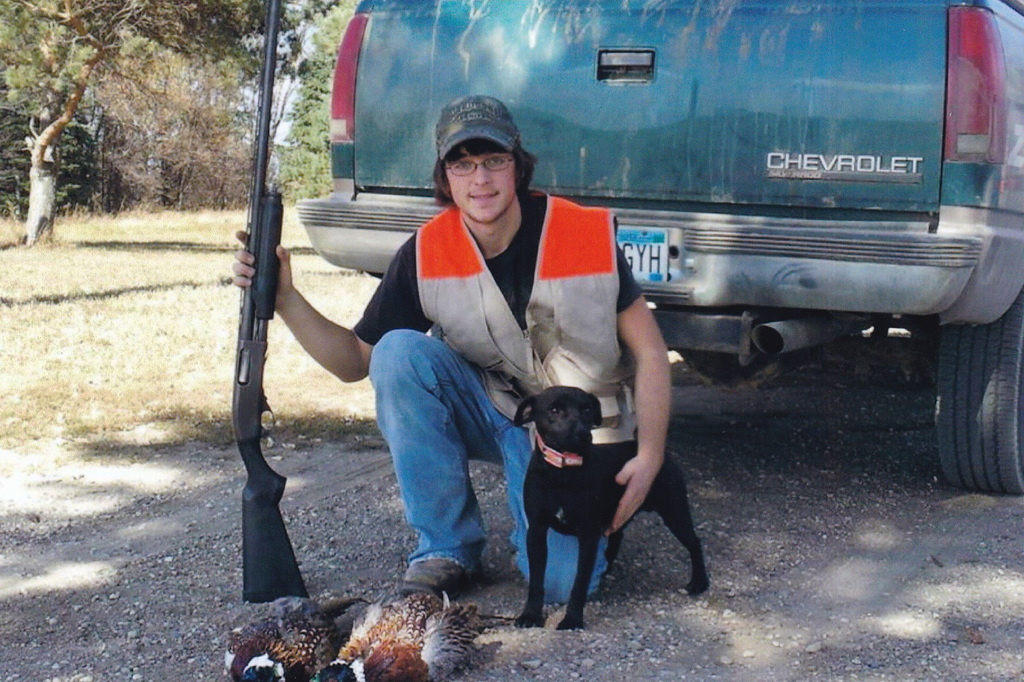 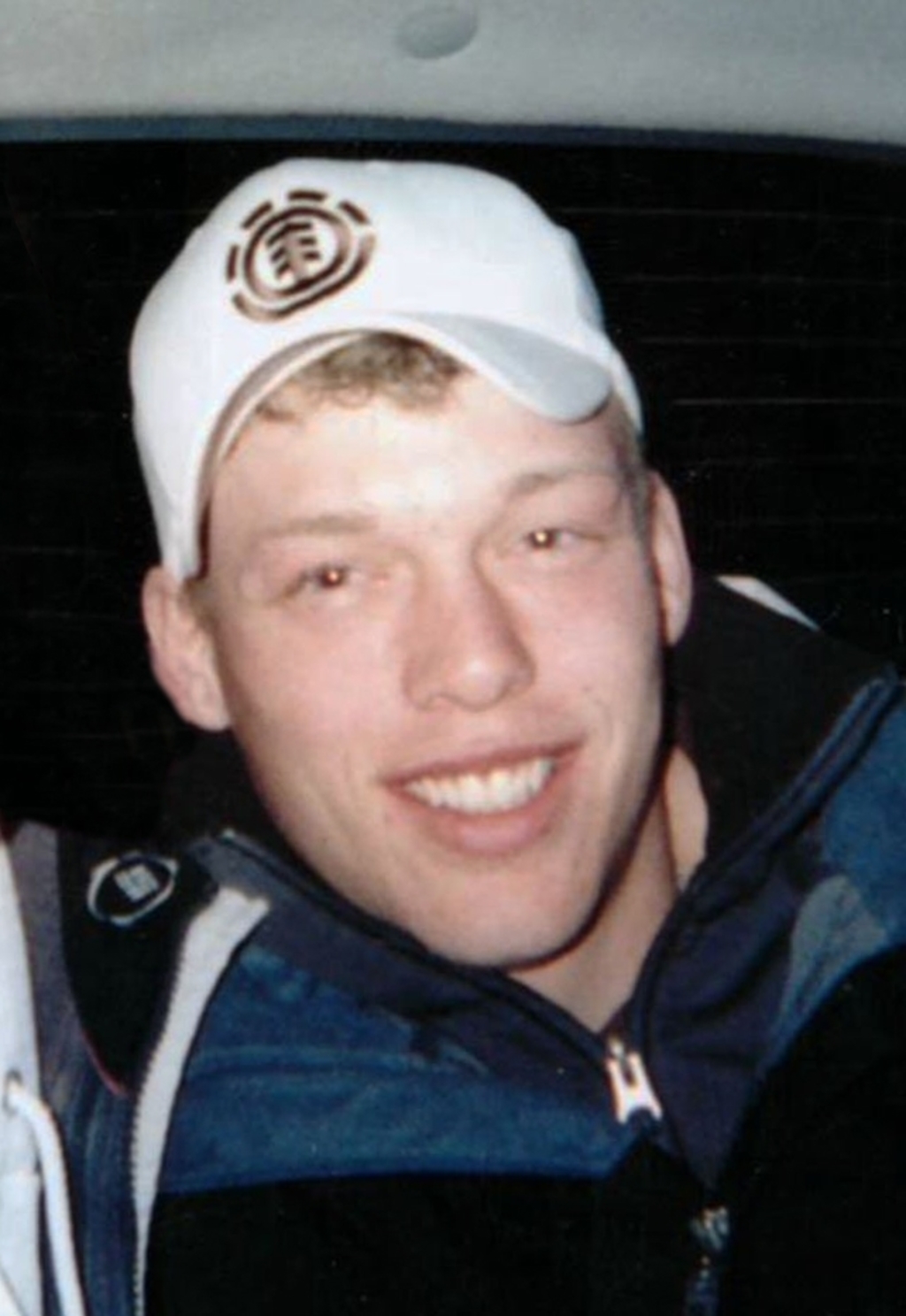 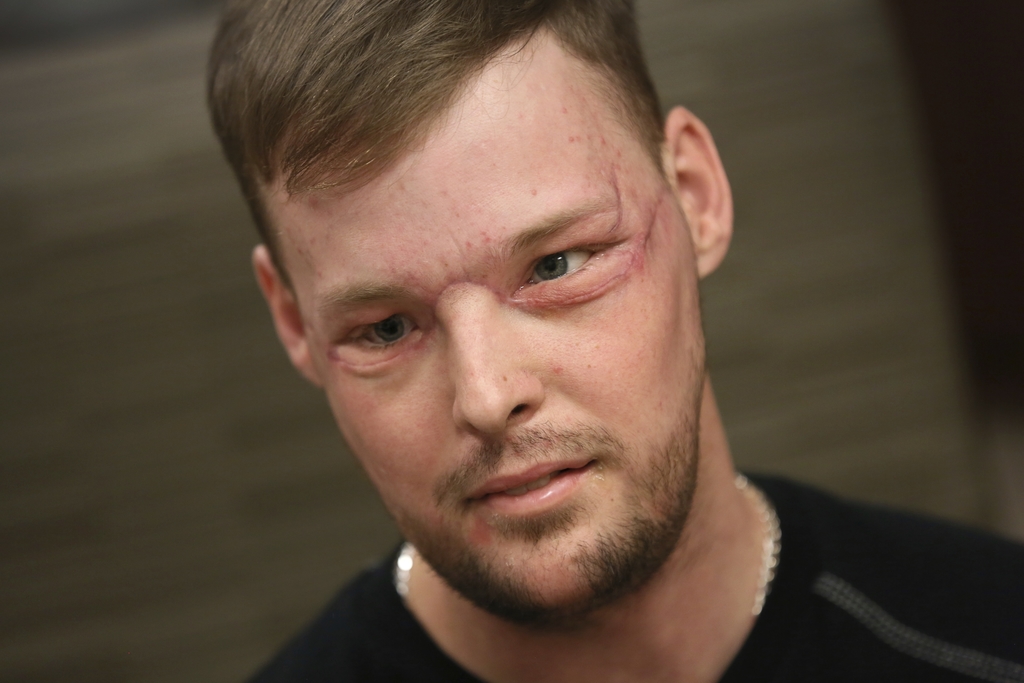 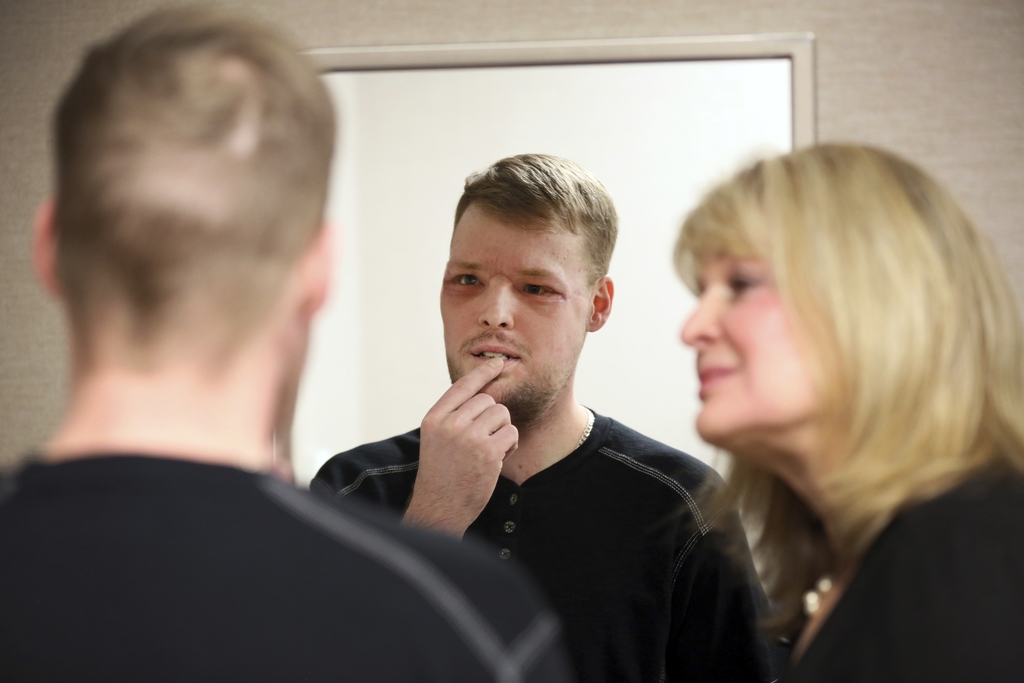 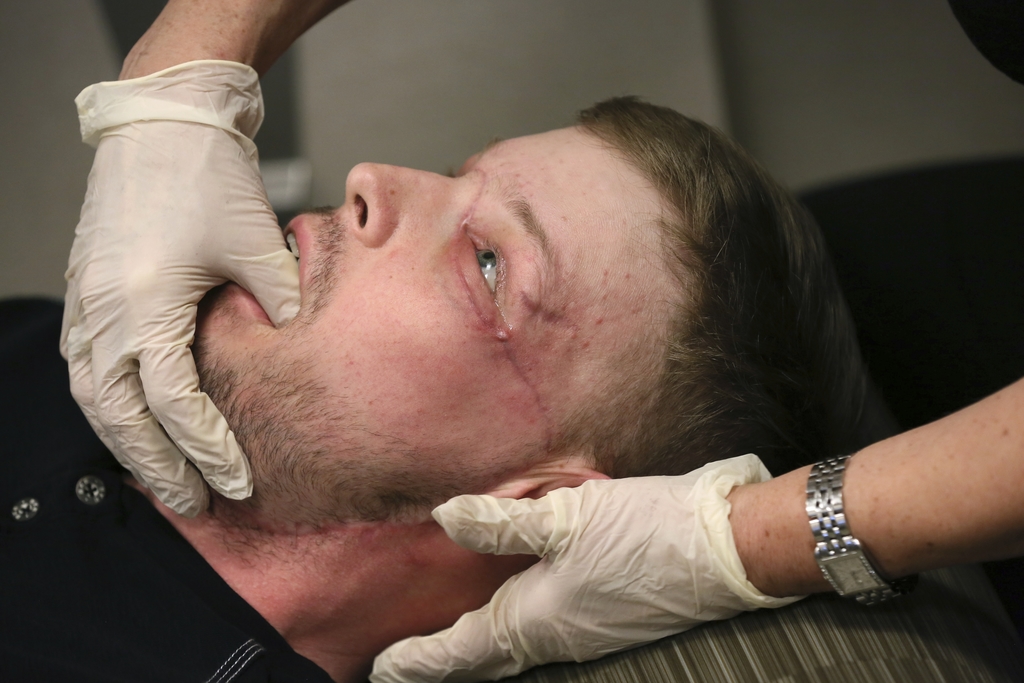 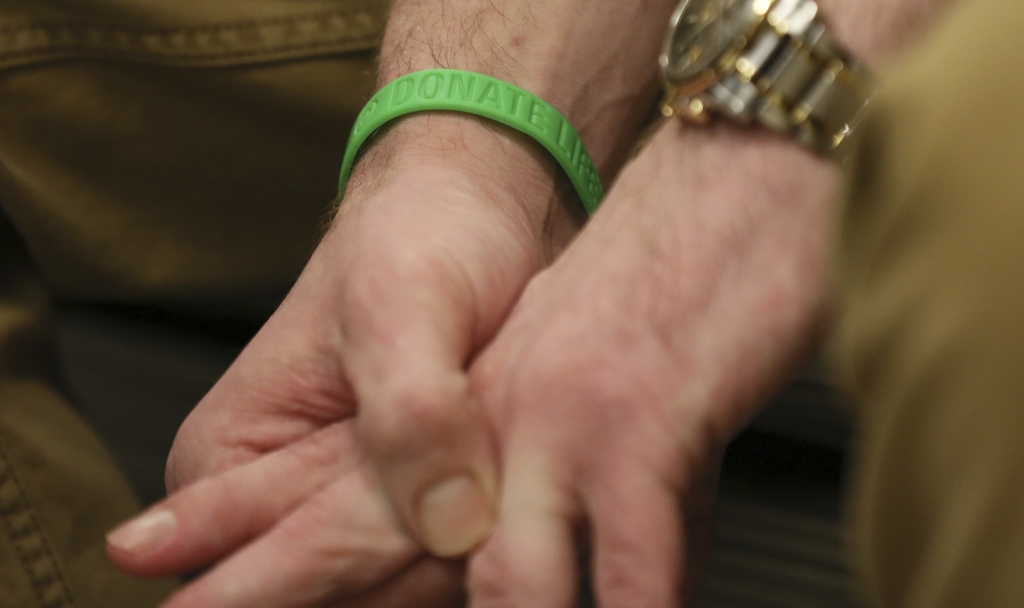 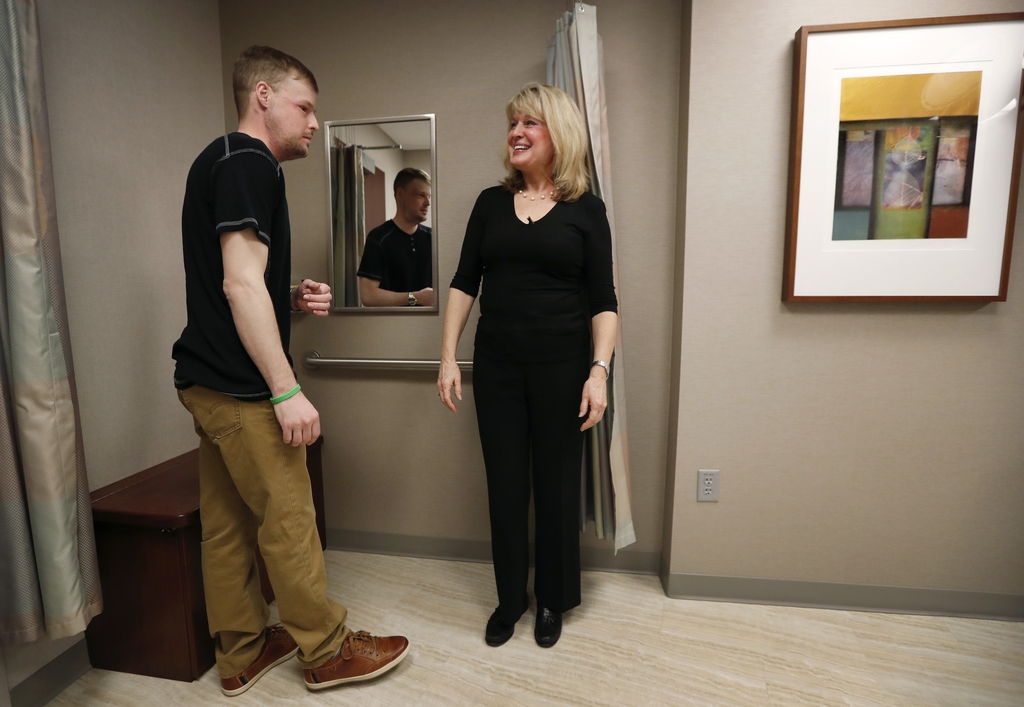 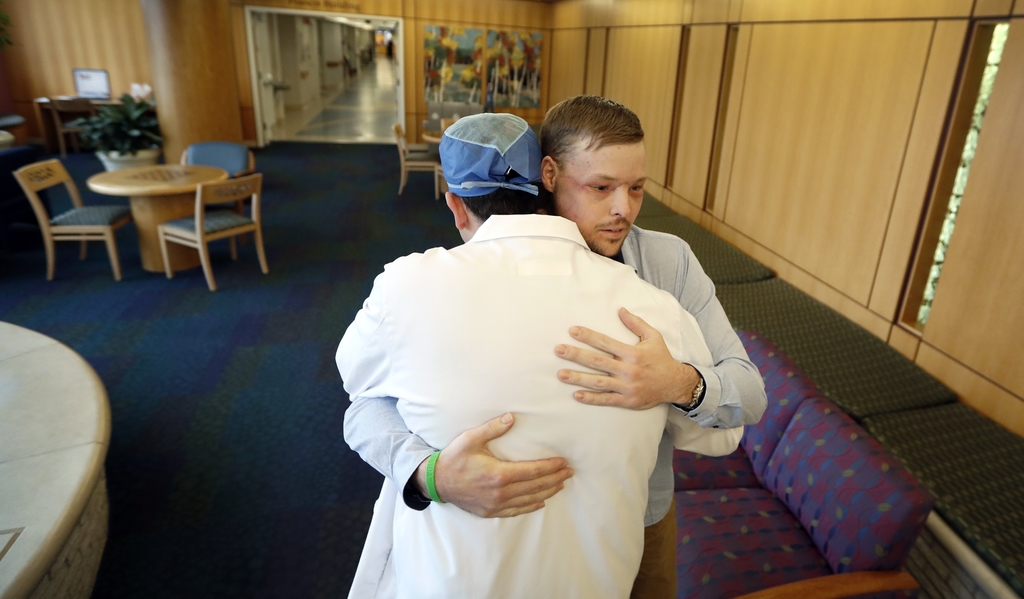 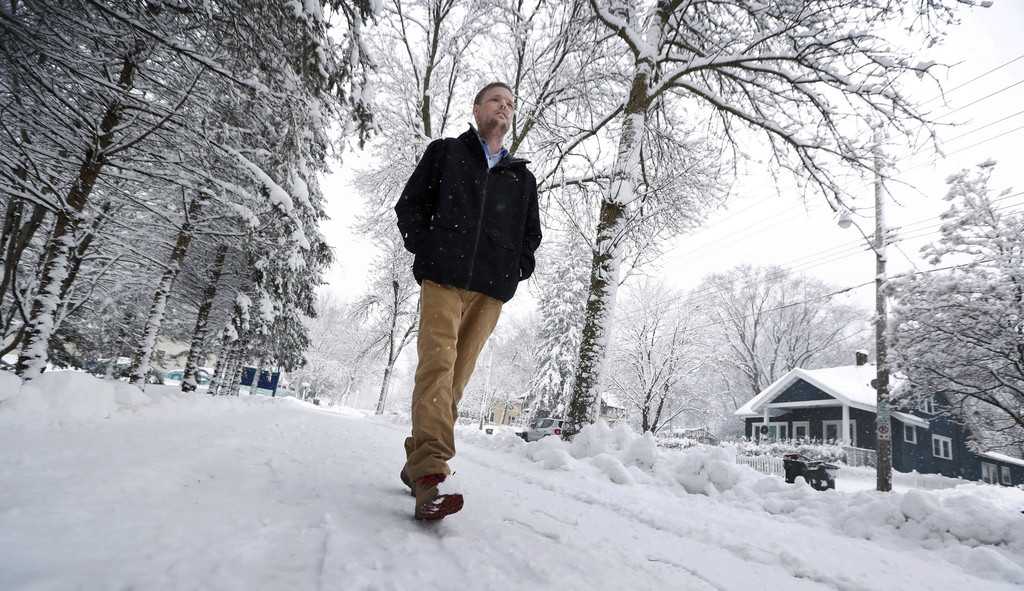 ROCHESTER, Minn. (AP) — He'd been waiting for this day, and when his doctor handed him the mirror, Andy Sandness stared at his image and absorbed the enormity of the moment: He had a new face, one that had belonged to another man.

His father and his brother, joined by doctors and nurses at Mayo Clinic, watched him examine his swollen features. He was just starting to heal from one of the rarest surgeries in the world — a face transplant, the first at the medical center. He had the nose, cheeks, mouth, lips, jaw, chin, even the teeth of his donor. Resting in his hospital bed, he still couldn't speak clearly, but he had something to say.

"Far exceeded my expectations," he scrawled in a notebook.

"You don't know how happy that makes us feel," Dr. Samir Mardin replied as he read the message aloud, addressing the man who'd become his friend over the last decade.

The exchange came near the end of an extraordinary medical journey that revolved around two outdoorsmen, both just 21 when they decided to kill themselves: Sandness survived but with a face almost destroyed by a gunshot; the other man died.

Their paths wouldn't converge for years, but when they did — in side-by-side operating rooms — one man's tragedy offered hope the other would have a second chance at a normal life.

Two days before Christmas in 2006, a deeply depressed Andy Sandness put a rifle beneath his chin and pulled the trigger.

Instantly, he knew he'd made a terrible mistake. When police arrived, he begged: "Please, please don't let me die!!"

He was rushed from his home in eastern Wyoming, treated at two hospitals, then transferred to Mayo Clinic, where he met Mardini, a plastic surgeon whose specialty is facial reconstruction.

Sandness had no nose or jaw. His mouth was shattered; just two teeth remained. He'd lost some vision in his left eye.

Mardini and his team reconstructed his upper and lower jaw with bone, muscle and skin from the hip and a leg. They reconnected facial bones with titanium plates and screws.

After about eight surgeries over 4½ months, Sandness returned to tiny Newcastle, Wyoming, where friends and family embraced him. He worked at a lodge, in the oil fields and as an electrician's apprentice.

But his world had shrunk. When he went grocery shopping, he avoided eye contact with children so he wouldn't scare them. He had almost no social life. He retreated to the hills to hunt and fish.

Sandness adapted. His mouth was too small for a spoon so he tore food into bits. He wore a prosthetic nose, but it constantly fell off outdoors.

"You never fully accept it," he says. "You eventually say, 'OK, is there something else we can do?'"

The prospect of 15 more surgeries Mardini had mapped out scared him. For several years, Sandness made annual visits to Mayo.

Then in 2012, Mardini called. It looked like Mayo was going to launch a face transplant program; Sandness might be an ideal patient.

Mardini urged him to "think very hard" about the transplant. Only about two dozen had been done worldwide. He wanted Sandness to understand the risks and lifelong regimen of anti-rejection drugs. After researching the surgery, Sandness has some concern about side effects of the drugs but was undeterred.

"When you look like I looked and you function like I functioned, every little bit of hope that you have, you just jump on it," he says, "and this was the surgery that was going to take me back to normal."

Sandness had to undergo a rigorous psychiatric and social work evaluation to address, among other things: Should this surgery be done on someone who'd attempted suicide?

Several factors weighed in his favor: His resilience and motivation, strong family support, his rapport with Mardini and the length of time since the shooting.

Last June, five months after his name was added to the waiting list of the United Network for Organ Sharing, he got word: A donor was available.

Calen "Rudy" Ross had fatally shot himself. His devastated 19-year-old widow, Lilly, was eight months pregnant. Despite her grief, she carried out her husband's wishes to be an organ donor. She met with a coordinator from LifeSource, a nonprofit group that helps families in the upper Midwest facilitate organ and tissue donation.

Ross' heart, lungs, liver and kidneys were donated. Additional screening determined he was a good match for a man awaiting a face transplant.

In a second conversation, LifeSource broached the idea.

"I was skeptical at first," Lilly says. "I didn't want to walk around and all of a sudden see Calen." She was reassured because the donor had his own eyes and forehead and wouldn't be recognizable as her husband.

Mayo's medical team, which had rehearsed the surgery for 3½ years with cadaver heads, gathered one June night to start a 56-hour marathon. It took about 24 hours to procure the donor's face, which involved taking bone, muscle, skin and nerves — and almost the same time to prepare Sandness. His face was rebuilt below his eyes, taking an additional 32 hours.

Having a nose and mouth are blessings, he says. "The looks are a bonus."

He and Lilly Ross have been in contact. She wanted him to know about her husband. Last fall, she wrote to Sandness and the five other organ recipients, describing Ross as a "giving person" who loved hunting and trapping. Sandness replied with a note of appreciation.

When Lilly later saw photos of Sandness she learned the two men shared a passion for the outdoors; they even stood the same way in photos.

Sandness, now 31, is thrilled to eat steak and pizza again.

He also savors his anonymity. Recently, he attended a Minnesota Wild hockey game where, he says, he was "just another face in the crowd."

Just thinking about that makes him smile.

Sharon Cohen, a Chicago-based national writer, can be reached at scohen@ap.org or http://twitter.com/@scohenAP