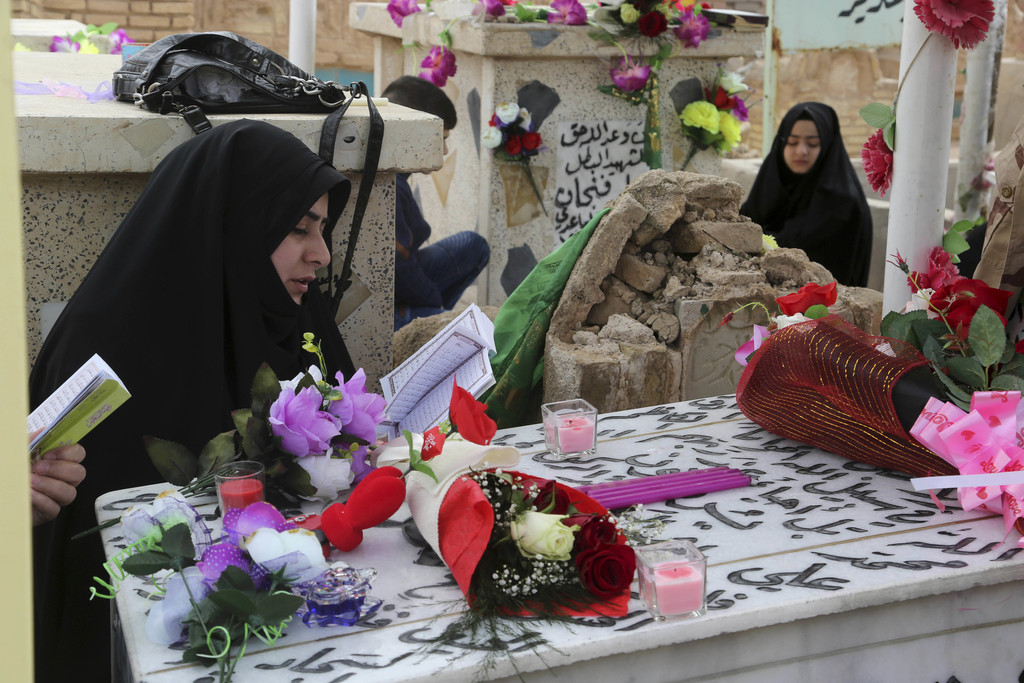 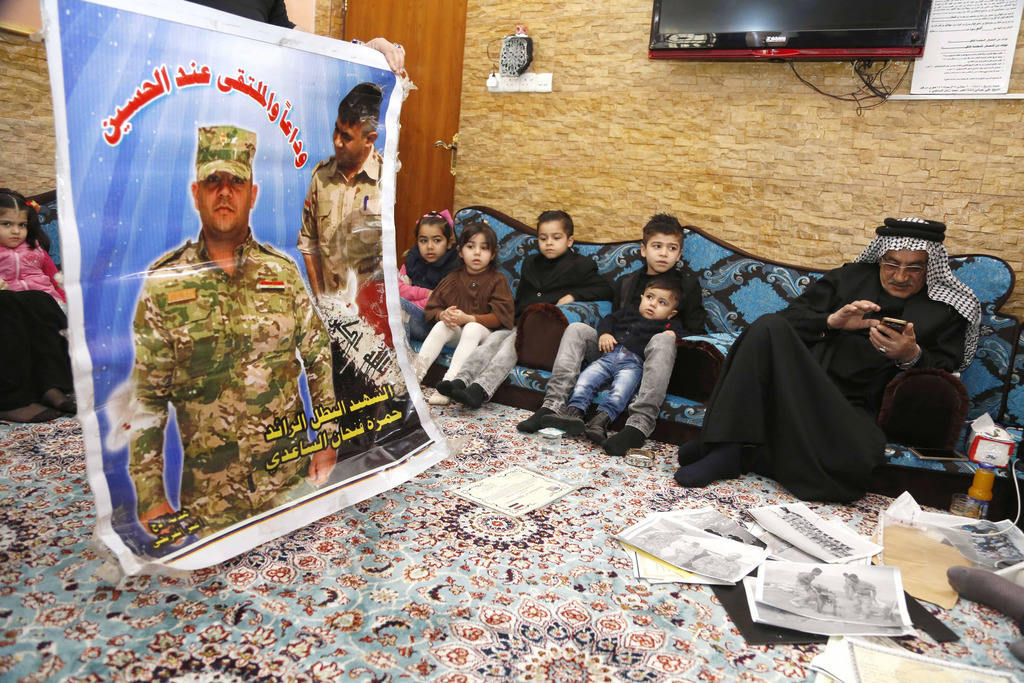 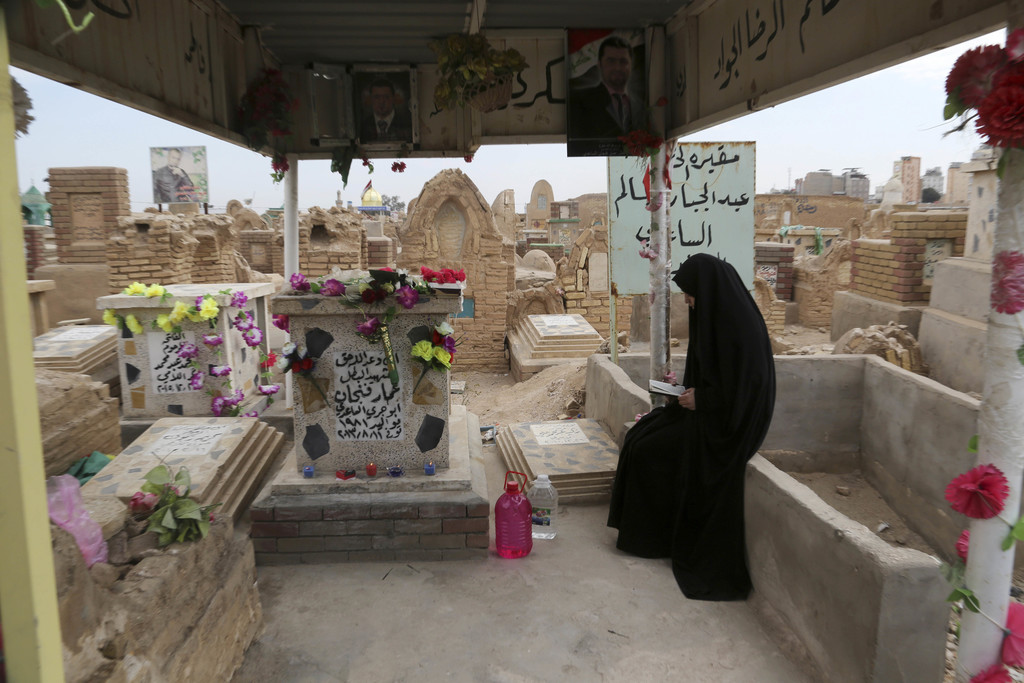 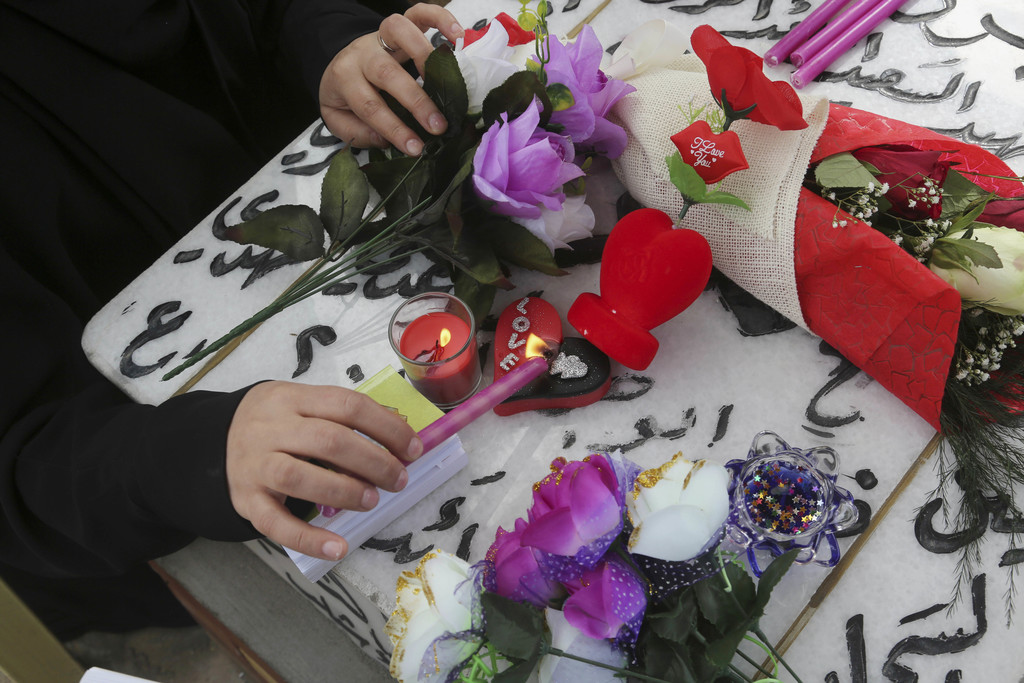 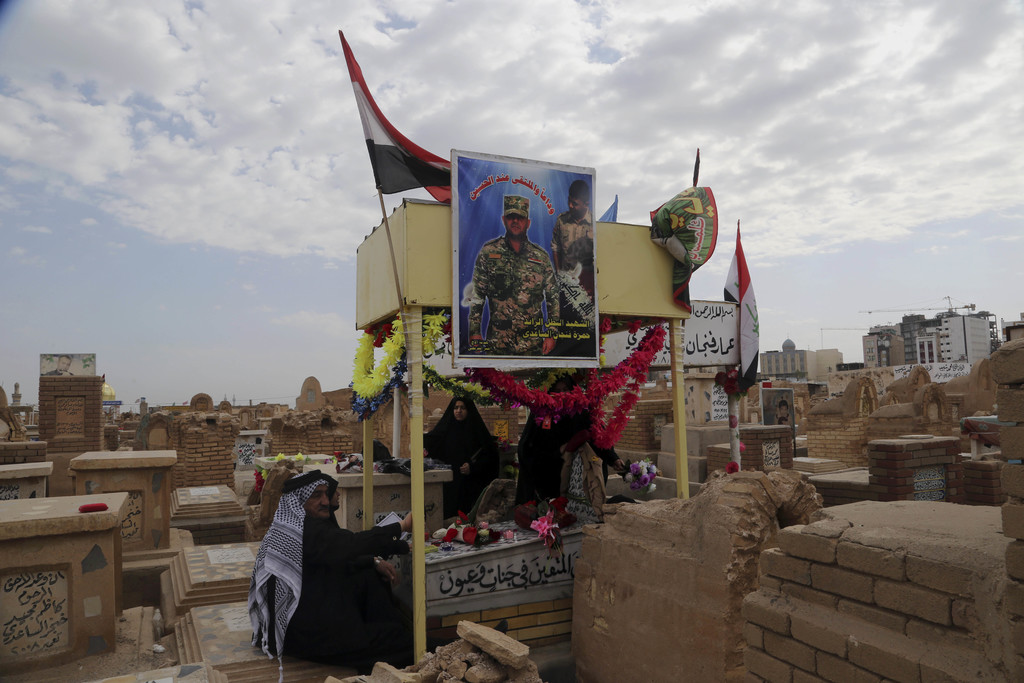 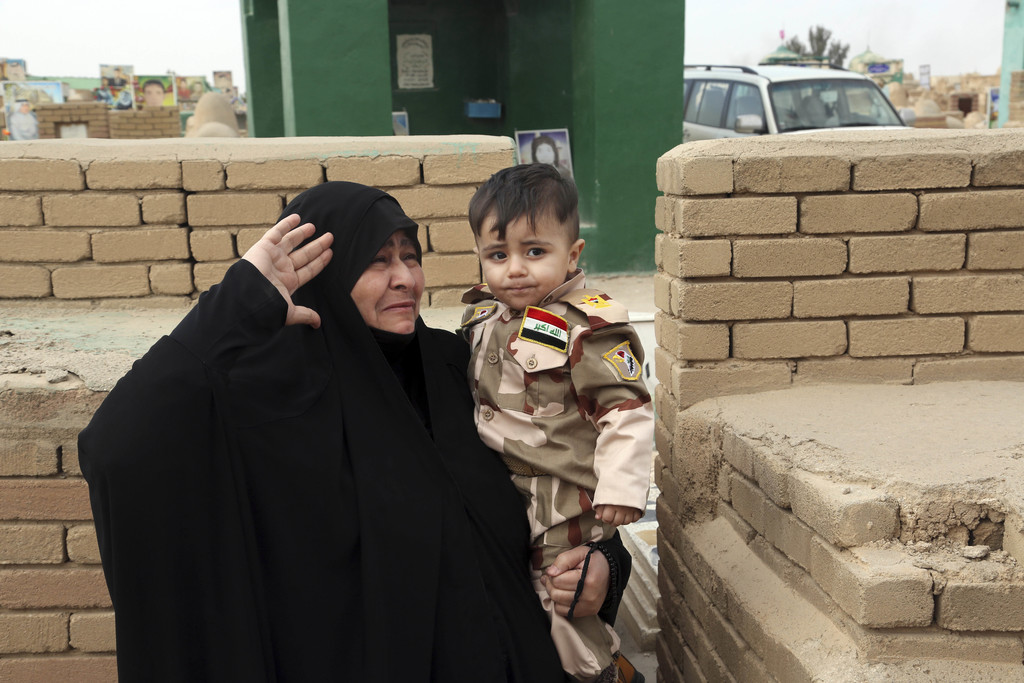 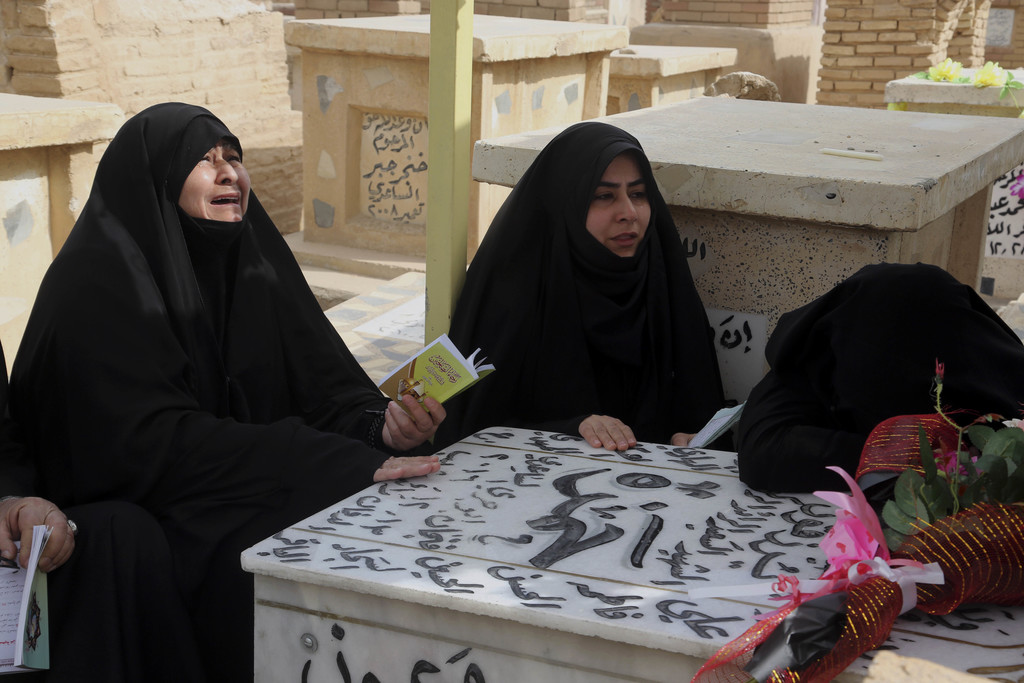 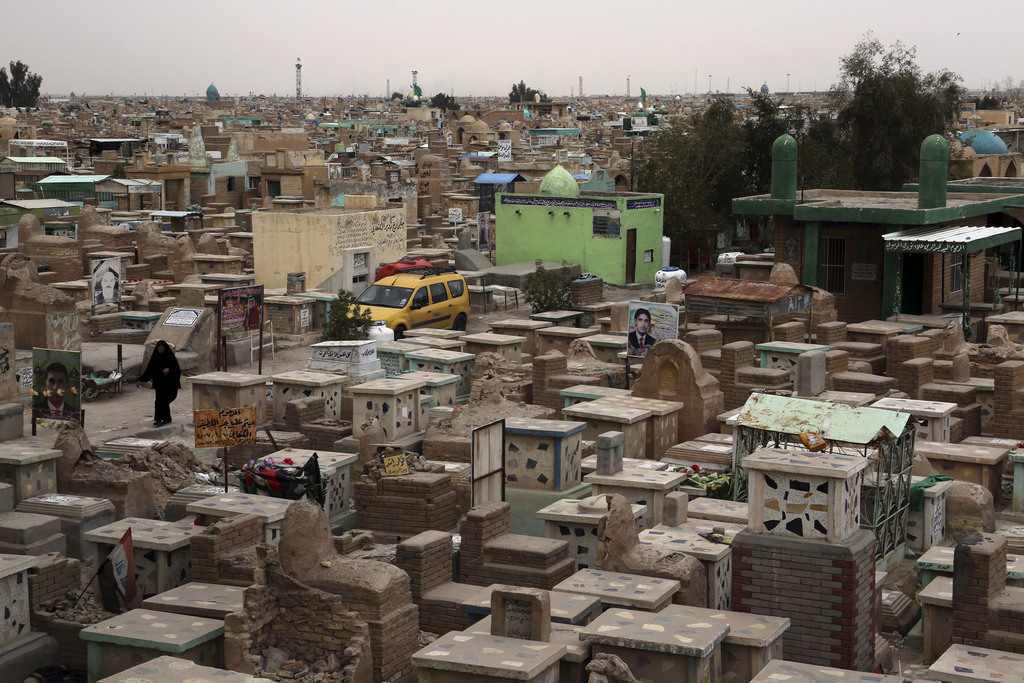 BAGHDAD (AP) — Early on the morning of Dec. 12, Iraqi army Maj. Hamza Finjan led a raid on a small house in eastern Mosul that was being used as an Islamic State group base. Knowing the task would be dangerous, he told his personal bodyguards and driver — perks given to Iraqi officers — to stay behind.

As Finjan's men moved into the eastern Mosul house, IS fighters surrounded them using a network of tunnels connecting the buildings to a nearby mosque. Finjan called for support but none came. Within two hours he was dead along with four other soldiers.

As Iraqi forces prepare for the operation to retake the western half of Mosul, Finjan's family continues to mourn their son in Baghdad, more than 300 kilometers (185 miles) away.

Hundreds of Iraqi soldiers are estimated to have died in the fight for Mosul so far, but the Iraqi government does not release official casualty reports, a move that many Iraqis view as disrespectful of their sacrifice.

Iraqi commanders on the ground blame the high casualty rates on the nature of the fight: the city of Mosul — Iraq's second-largest — is a large, dense urban area and the operation to retake it is larger in scale than any conventional military fight since the 2003 U.S.-led invasion of Iraq.

But Finjan's family blamed the planning of the Mosul operation for the death of their son. He had fought in Mosul alongside U.S. forces in 2008 and before his 2016 deployment there, he attended officer training in Jordan. Finjan had the respect of his men and knew how to clear a room and secure a perimeter, but the increasingly difficult missions he was being given in Mosul were testing his many years of training and experience.

"The way that the Iraqi government planned the Mosul operation was like a trap," said his father, Finjan Mathi. He said he believed that the military was pushed to advance too quickly by the country's political leadership.

"They should have pulled all the civilians out so they could use heavier weapons," Mathi said.

His frustration is echoed by Iraqi commanders on the ground in Mosul who said the operation would have been easier if the city was emptied of civilians like the cities of Ramadi and Fallujah in Iraq's western Anbar province were before they were retaken from IS militants.

Finjan's photo hangs in his family's sitting room in Baghdad's Shaab neighborhood on the capital's northeastern edge. Beside it is a photo of his older brother, a police officer killed when a car bomb exploded at a checkpoint he was guarding.

His family is poor, religious and deeply patriotic. Like the vast majority of the families whose sons join the country's armed forces, they trace their tribal roots to Iraq's predominantly Shiite south. Since the Mosul operation began, Finjan's father said he has attended more than 25 funerals, in addition to that of his son.

But, regardless, Mathi said he's proud of his son's service to his country.

"We sacrifice our sons for our land, not for our government," Mathi said. "All we ask for in return is respect."

Outside Mathi's home is a sweeping mural depicting gruesome images of the battle of Karbala where the Prophet Muhammad's grandson, Imam Hussein died. The event is one of the holiest days for Iraq's Shiites and underscores the religious and cultural importance of celebrating sacrifice.

The main streets of the Shaab neighborhood are also littered with posters praising Iraq's modern-day martyrs: the young men who have died in the fight against IS. The posters are of men from both the military and Iraq's government sanctioned Shiite militias, but most are erected by the families of the dead, rather than a government institution.

Iraq's military leadership makes no such formal acknowledgement of the soldiers killed or wounded in battle. An effort, Iraqi officials say, to maintain morale.

"That's a mistake, people talk and in the end we will know," Mathi said. "We want people to know what our son did for our country."

As talk turned to the Iraqi government, Finjan's mother's tone turned from stoic to sad.

"His death is a loss," said Amal Hassan who had earlier pledged she would gladly hand all of her sons over to become martyrs. "He should have lived, created things and made a difference."

She said the soldiers who served alongside him and who visited her after his death described her son as kind and brave.

They told her he slept and ate with his soldiers rather than the other officers, and when they embarked on missions, he led from the front. His unit respected him and because of that they didn't face the command and control issues that continue to plague much of Iraq's military.

"In time their names will be forgotten," Hassan said of her two dead sons, "the government should carve their names in stone."